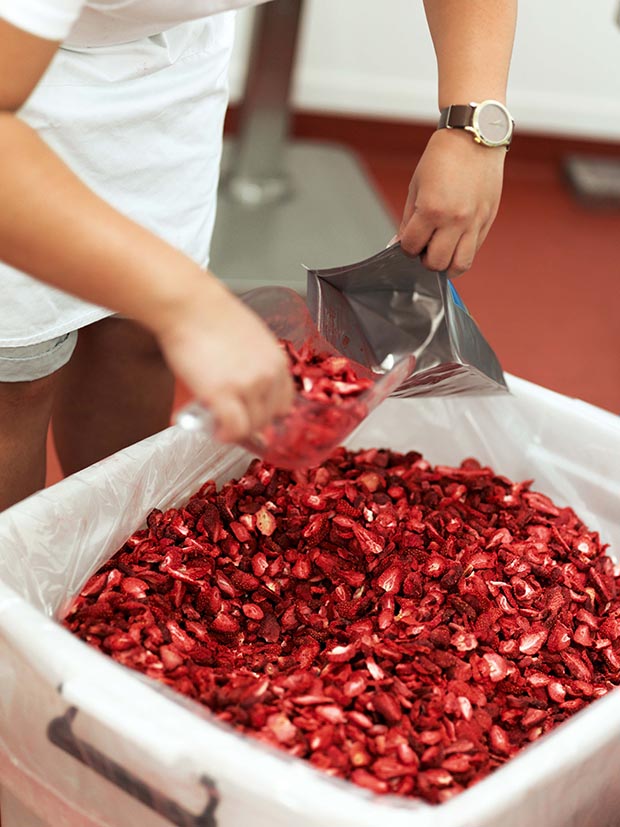 Take fresh produce, freeze it, remove the moisture and wow professional chefs and home cooks alike with a range of exciting new ingredients.

There is something very weird about a crunchy raspberry. Instead of yielding softly to the bite, it shatters like a crispy meringue and then dissolves on the tongue like the essence of sun-ripened berry.

Weird but wonderful, the freeze-dried raspberry is just one of many intensely flavoured fruits, herbs and vegetables processed and packaged at Tommy Roff’s factory in Auckland’s Mt Albert. He is not alone in using freeze-dry technology – other companies produce powders, snacks and dehydrated backpacker meals – but he is the first to apply it in a way that has some of the world’s top chefs salivating over his product list. 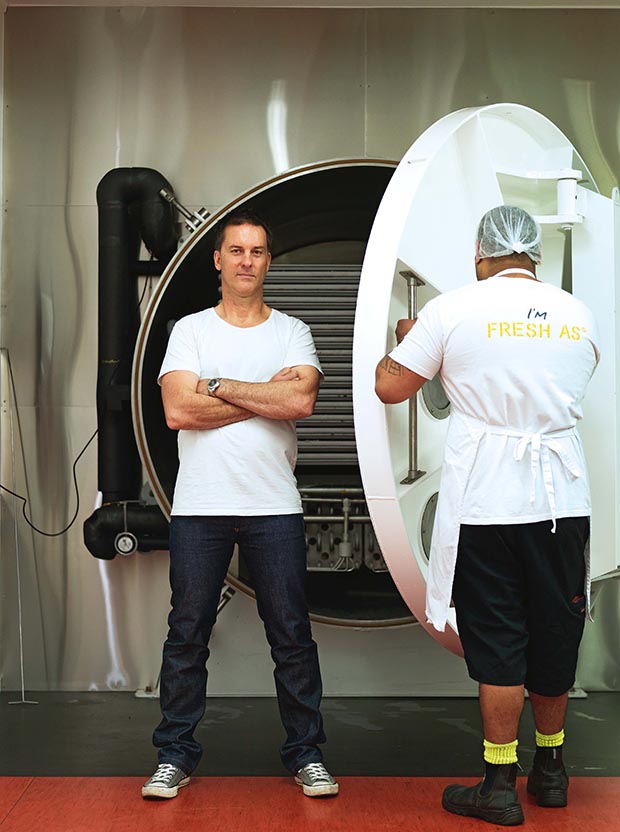 The Fresh As° range includes mandarin segments, whole lychees, powdered blood orange, plum slices, crumbed coconut, ground herbs and even flakes of balsamic vinegar. The full catalogue runs to more than 100 products and, while many are now packaged for retail, almost all have been developed for chefs.

It’s a market Tommy knows very well, having dealt with chefs for more than 25 years. His first business, Lettuce Deliver, established his reputation as a reliable supplier of high-quality fresh fruit and vegetables. It taught him all about food service and it gave him the means to develop what he thought was a brilliant idea. 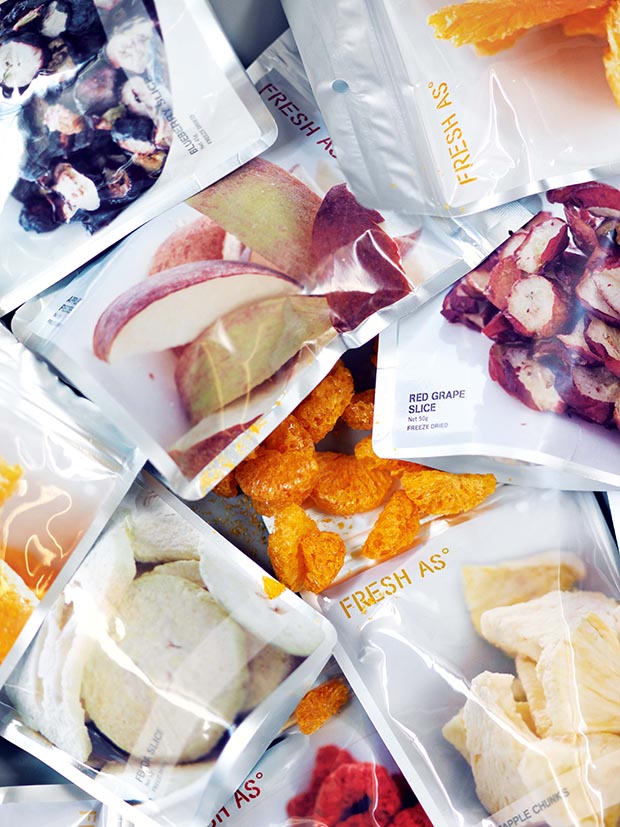 It came to him when he was having trouble supplying his chefs with French tarragon. “It’s a perennial herb and we could get a good supply for only three months of the year. So I thought, ‘freeze-dried tarragon’. It all started from there. I sold Lettuce Deliver, brought my friend Dave in, and we went straight into selling retail packets of freeze-dried herbs. And it just didn’t work.”

He still can’t quite fathom how his concentrated herb powders failed to compete with the conventionally dried product but he does know he took a wrong turn when he headed down the grocery aisle. “I thought retail was where the money was. I’d done food service for so long and it’s high maintainence – you know, chefs – but then I realized it’s who I am; it’s my strength.” 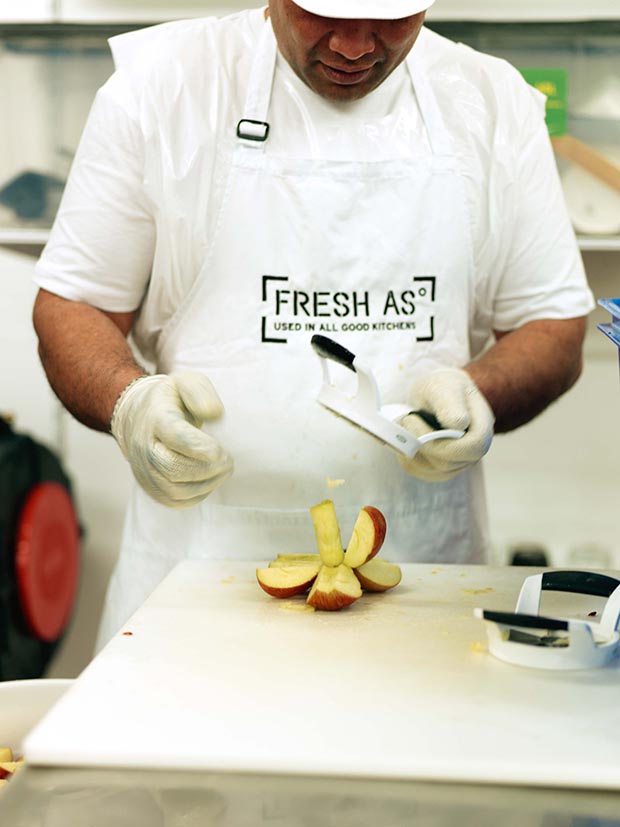 Having lost his business partner and all his capital, he fell back on the world he knew best. He could have retrenched but instead he expanded his range with products he knew would appeal to the most innovative chefs. In this he was helped by the enormous potential of freeze-dry technology.

Mostly the process is used to preserve food that is later reconstituted, but its ability to remove moisture while retaining colour, flavour and structure gives it much wider culinary applications. A freeze-dried mandarin segment, for instance, will be true to form but light as a feather, crisp as a Cheezel and incredibly flavour intense. Liquids like soy sauce and vinegar can be transformed into flakes, changing the end use from an ordinary splash to a very cool sprinkle. Tommy calls it “messing with texture” and he discovered he could mess with just about anything: manuka honey, pomegranate molasses, licorice, even Pedro Ximenez sherry. “The reason I’ve got so many products is I kept trying to find the one product that would wow people. I was desperate to make them start ordering.”

It took time for chefs to get their heads round the new products but one by one they put in their orders and things began to pick up. In New York, three-star chef Eric Ripert used crumbled mandarins as a textural garnish with scallops and was so impressed he endorsed the whole range in Saveur magazine, effectively launching Fresh As° in the US. 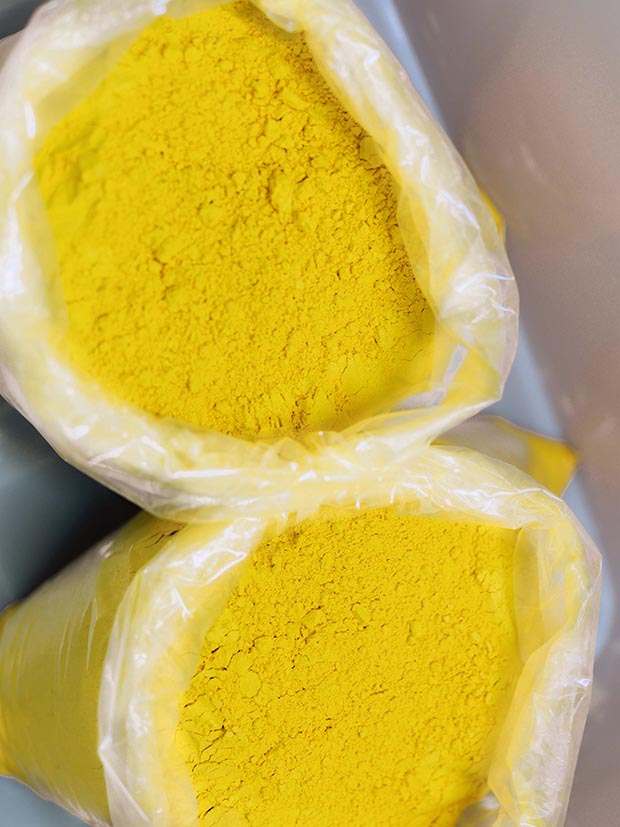 Tommy is also grateful to Claire Clark (of French Laundry fame) who started a flurry of email requests when she recommended his fruit powders and chunks to her fellow patisserie chefs in the UK.

At home he’s been championed by Michael Meredith of Meredith’s and Kate Fay of Cibo and he talks of the “Ben Shewry effect” in Australia after the Kiwi chef started the ball rolling for him in Melbourne. “No one there had seen anything near what we were doing.”

The support of these chefs has helped Tommy build an international network of customers which now underpins his success. Three years on he has enough business to justify expanding his factory and installing a second space-age freeze-drier capable of handling batches of 300 kilos. 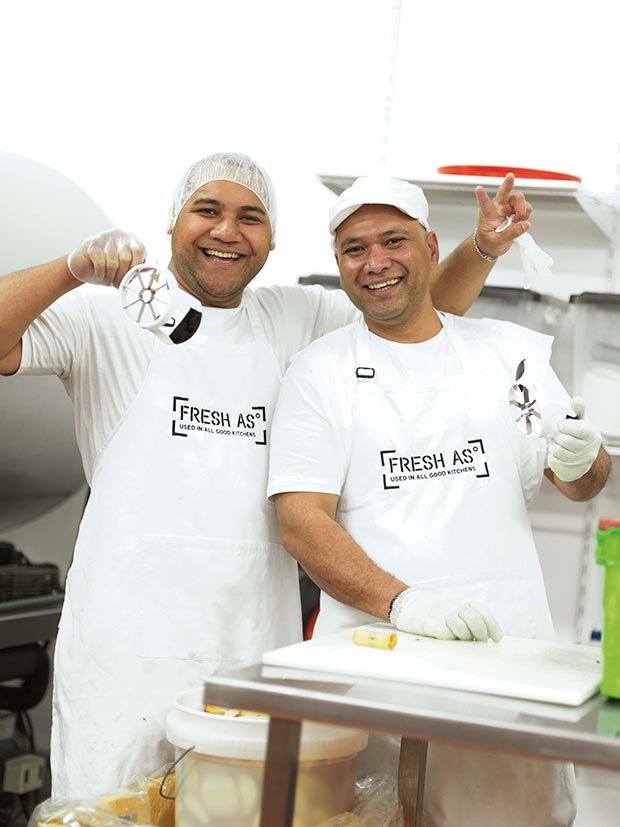 He employs five staff, exports to seven countries and, in a satisfying turn of events, is now succeeding in grocery with a rejigged range of herbs and spices and a colourful selection of fruit chunks and powders that enable home cooks to achieve professional results.

His success is partly due to timing – modernist cuisine has helped fuel a demand for innovative ingredients – but it’s also the reward for quality. He admits to a degree of obsession, micro-managing every aspect of his business from ripening the fruit to dealing with customers. “I’m a perfectionist. I hate getting things wrong and I’ll go to any lengths to do my best because what drives me most is pride.”

That, and the most extraordinary tenacity. “Part of me thinks if you do anything for long enough and you push hard enough, eventually you find a little gap and you squeeze through. The other half of me thinks you have to believe in what you are doing. If you do it well, it will work.” 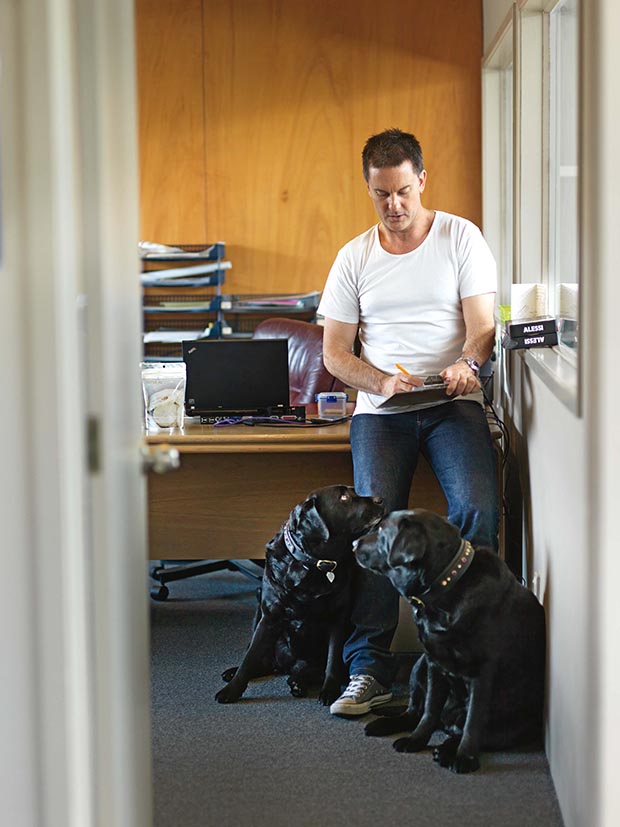 HOW IT WORKS
Vacuum technology and sub-zero temperatures are combined in a process that turns ice crystals within the frozen food directly to vapour, bypassing the liquid stage. The vapour is sucked off, leaving a dry product that retains its structure, colour, flavour, vitamins and antioxidants. If packaged correctly, freeze-dried food can last for many years without spoiling.

IN THE KITCHEN
* Add colour and flavour to meringues, icings and cakes with plum and berry powders.
* Combine powdered lemongrass, chilli, ginger and kaffir lime into a Vietnamese-style dry rub for grilled fish or chicken. Add oil for a stir-fry paste.
* Crumble mango, plum or feijoa slices over ice cream.
* Garnish chocolate mousse or crème brûlée with mandarin segments.
* Blend fruit chunks and powders with pouring yoghurt to make smoothies.
* Stir whole berries and strawberry slices through an Eton mess to add a crisp texture.
* Flavour ice creams, sorbets and custards with ginger, passionfruit or other fruit powders.
* Use herb powders like tarragon or basil in home-made pasta or gnocchi. 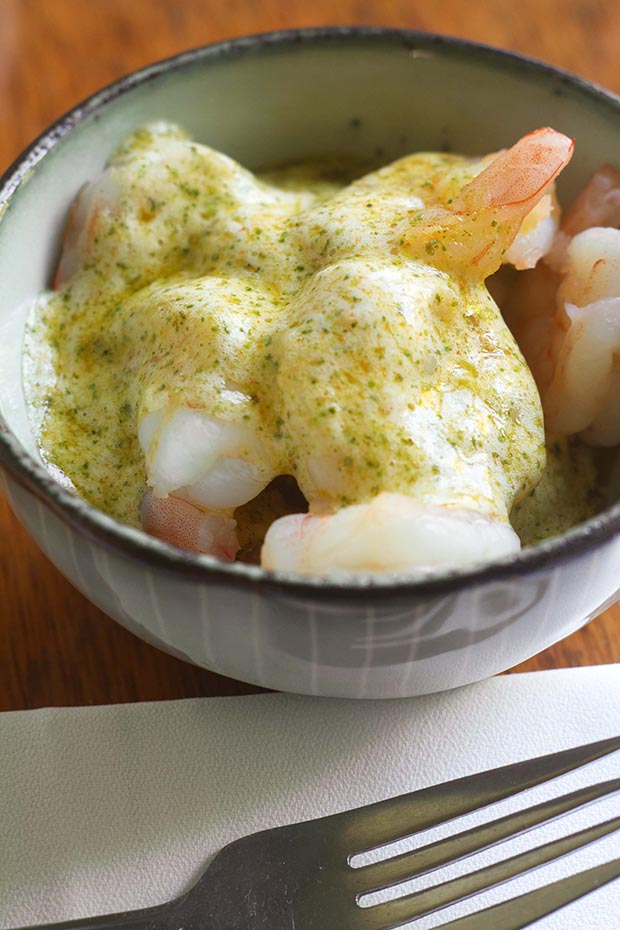 Method
Whip ingredients together in a bowl until white. Leave at room temperature for about ½ an hour to allow the flavours to infuse. Roll into a log, wrap in plastic film and refrigerate until ready to use.

MANDARIN SEMIFREDDO
This recipe is from Ray McVinnie. 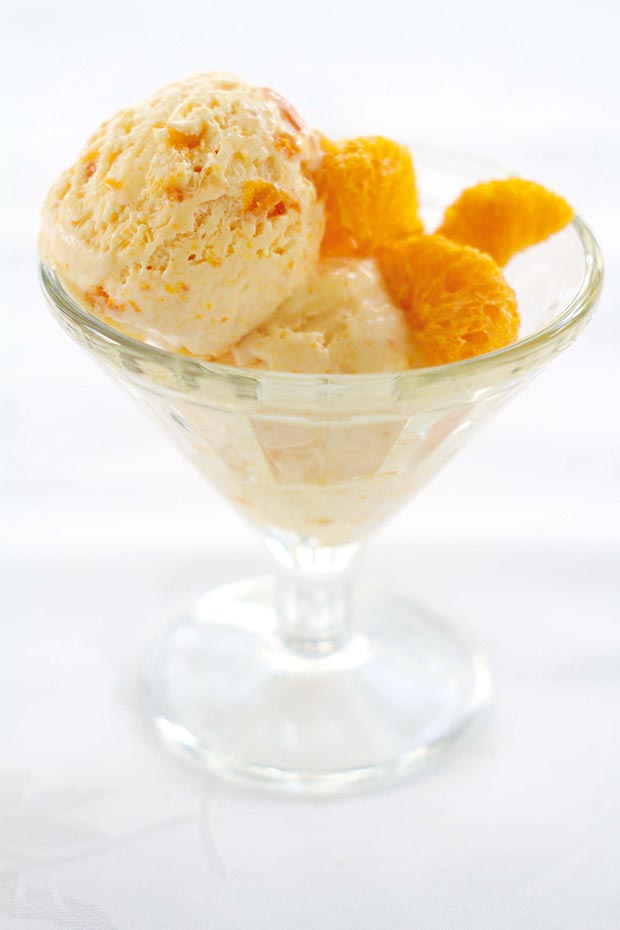 Pour into a wide, shallow, metal container, cover with foil or plastic wrap and freeze until hard. Remove from freezer 5 minutes before serving. Serve in scoops and garnish with remaining whole mandarin segments.