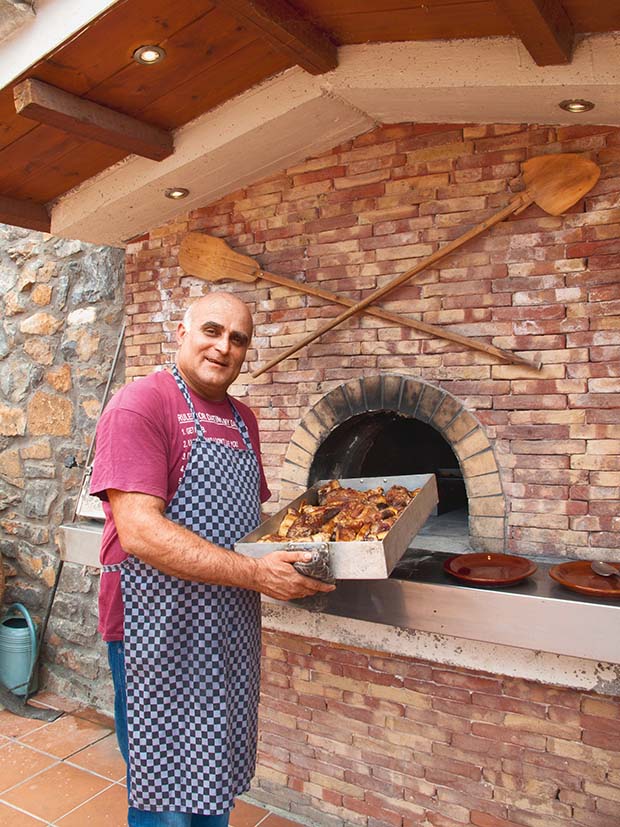 A journey to the Greek Islands reveals new cooking techniques.

Woodfired ovens are a traditional part of Greek cooking, and while they may appear similar to pizza ovens found in New Zealand, the cooking process is slightly different. In woodfired pizza ovens it’s common to sweep the embers to the back or side of the oven during cooking, but Greek cooks remove the embers before baking food, and the oven door is often sealed, using a mixture of ash and water or clay, to retain the heat. The wood oven requires preparation to get it to the right temperature. Ahead of cooking, a fire is lit to burn for 1-2 hours to reach about 3000C. In Greece, the olive-tree wood is commonly used, while manuka is a good option in New Zealand. All embers are then removed from the oven and the temperature drops to around 2500C. 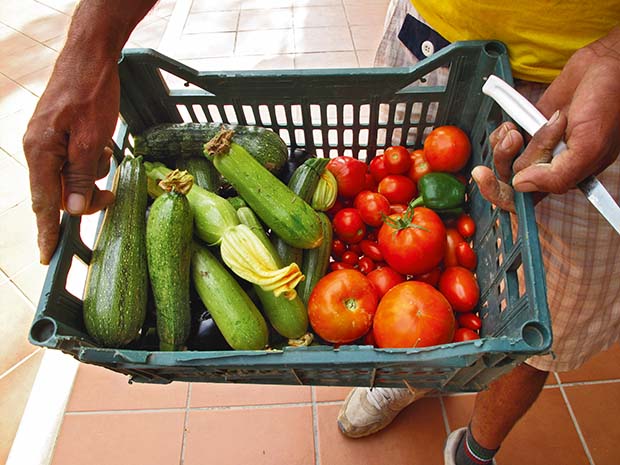 These recipes come from the island of Crete, which is famous for its top-quality olive oil. Local Cretan chef Manolis Fragkakis of Restaurant Velani caters for crowds using his woodfired oven, heated with locally grown olive wood. He uses home-grown produce, with sun-ripened tomatoes being a common ingredient, as well as generous amounts of olive oil from the restaurant’s own grove. 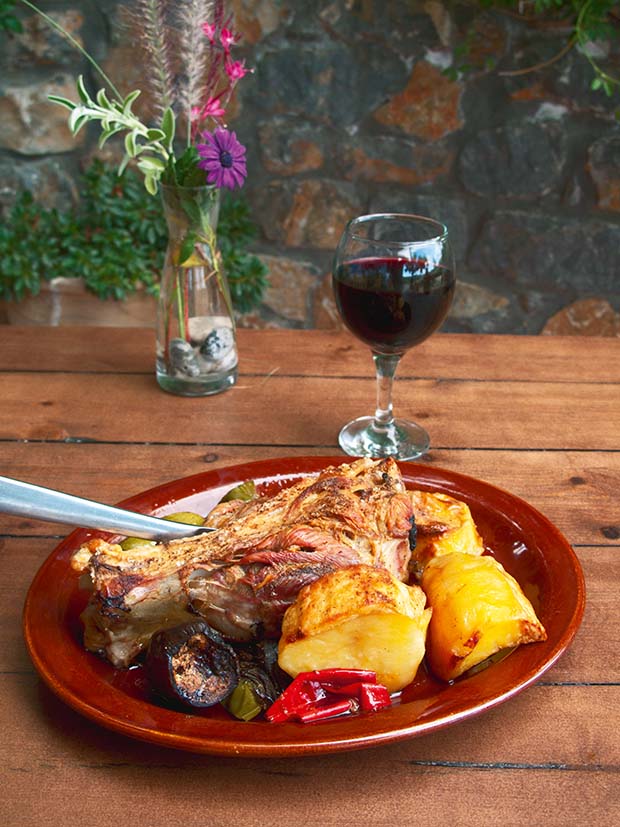 CORIANDER PORK & VEGETABLES
This is the Greek version of a Bavarian dish.
Ready in: about 2 hours, 45 minutes
Serves: 6

1 Remove a small amount of fat from the outside of the pork knuckles. Mix salt, coriander and pepper together and rub all over the meat. Place knuckles in an oven tray with the fat facing up (the fat protects the meat from drying out). Pour 1cm of water into the bottom of the tray.
2 Place all vegetables, except for potatoes, around the meat. Place potatoes on top of the other vegetables to protect them from burning and drying out. Pour olive oil all over the meat and vegetables. Season vegetables with salt and pepper and sprinkle additional coriander on the fat of the meat.
3 Cook food at 2500C and close the door tightly. In Greece, a mixture of ash and water is used to seal the gaps in the door – if you don’t have ash, use clay and water. Cook for approximately 2½ hours (the temperature will have lowered to around 1000C). 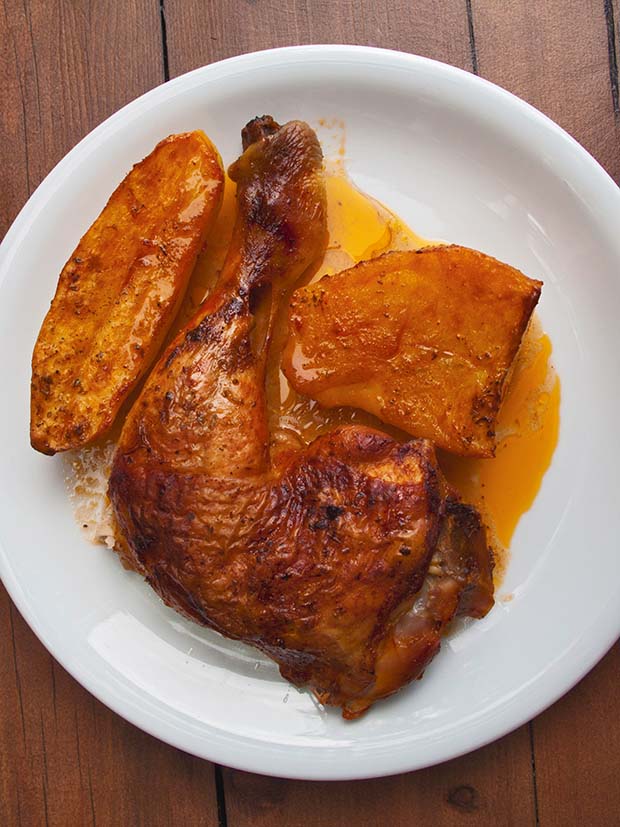 1 Blitz the fresh tomatoes and tomato paste
to a purée in a blender. Add to oven tray
with 1cm of water.
2 Mix salt and pepper, oregano and cumin
to produce a rub. Rub the chicken with the spices and seasoning and place in the oven tray with skin facing up. Place potatoes around the edge of the dish and coat with olive oil. Add additional salt and pepper and oregano to taste. Bake for approximately 45 minutes at 2200C. Remove chicken from oven. Keep cooking potatoes for another 45 minutes. Serve with tzatziki and Greek salad.