Two plastic-free projects: How to make an origami paper bin liner and a paper kete (basket) 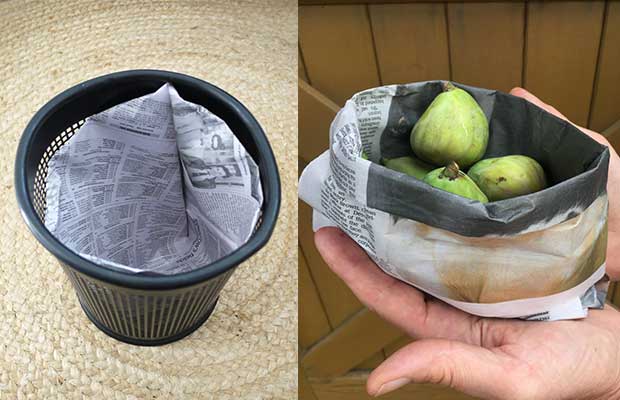 Replace single use plastic bags in the kitchen with these two easy-to-make origami paper bins.

PROJECT 1: HOW TO MAKE AN ORIGAMI BIN LINER OUT OF NEWSPAPER.

Keep the garbage can clean with this easy project.

What you will need: 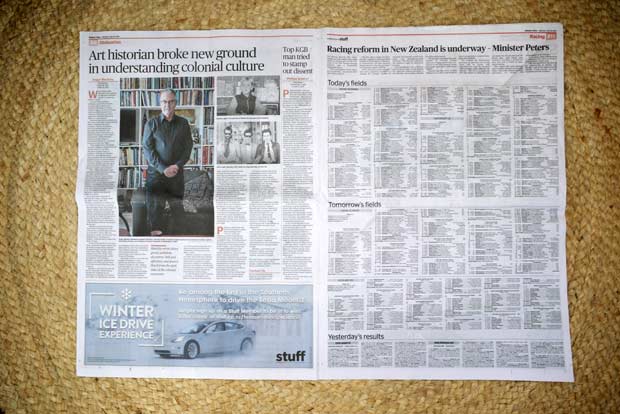 STEP 1
Unfold three sheets of newspaper and place on top of each other. STEP 2a
Fold one corner of the newspaper up to the top edge to make a triangle. 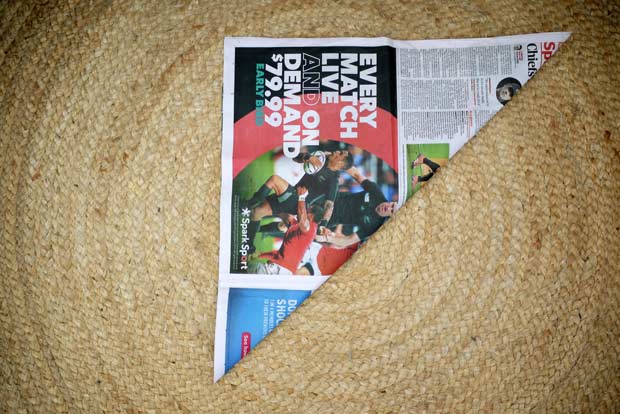 STEP 2b
Cut off the excess paper on the side, leaving a triangle shape of newspaper (Image Step 2a). 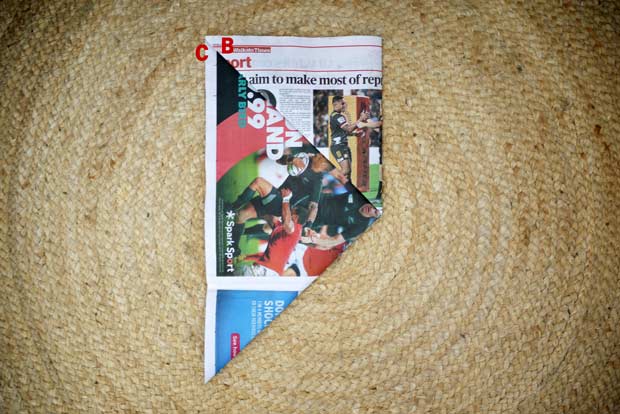 STEP 3
Fold point B to the top of the paper to meet at point C and make a crease. 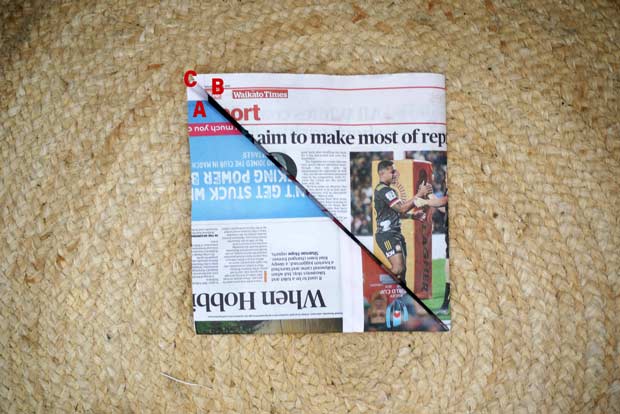 STEP 4
Fold point A to the top of the paper to meet at point B and C and make another  crease. This will form a square. 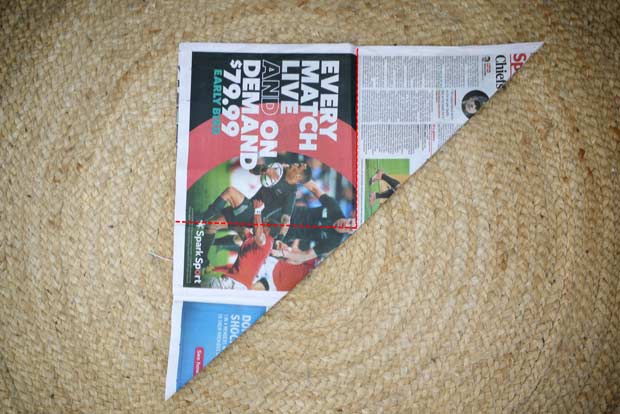 STEP 5
Unfold the last two creases made so the newspaper forms a triangle again. Use the previous two creases as guidelines for the next steps. 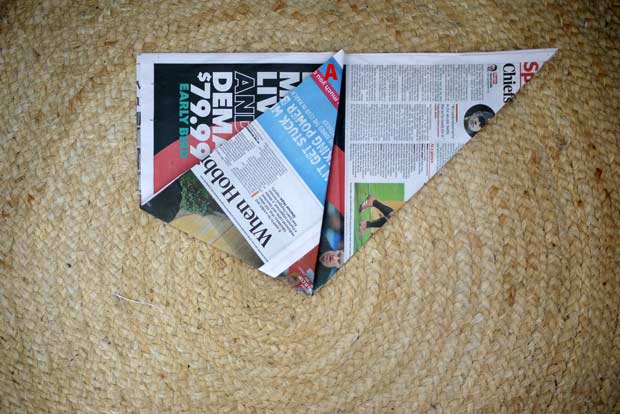 STEP 6
Take point A and fold across to meet up with the start of the crease on the farthest side of the triangle. STEP 7
Take point B and fold across to meet up with the crease on the other side of the triangle. 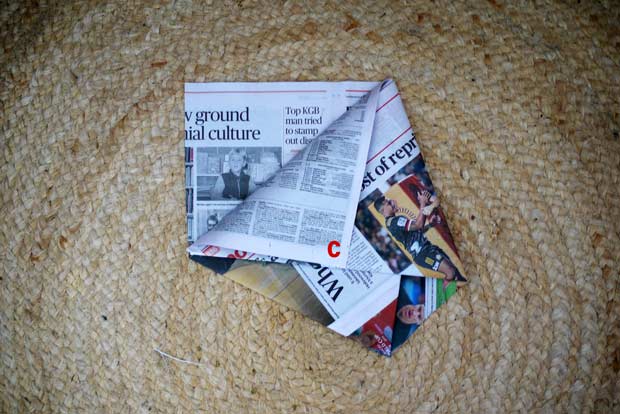 STEP 8
Divide the layers of the newspaper at point C and fold down towards the bottom of the container. 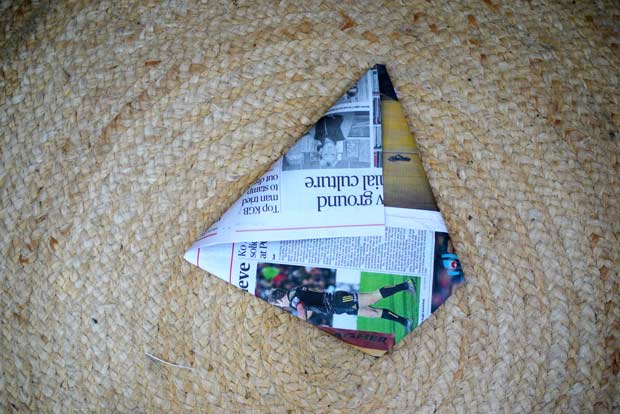 STEP 9
Flip it over and fold the rest of the newspaper over. 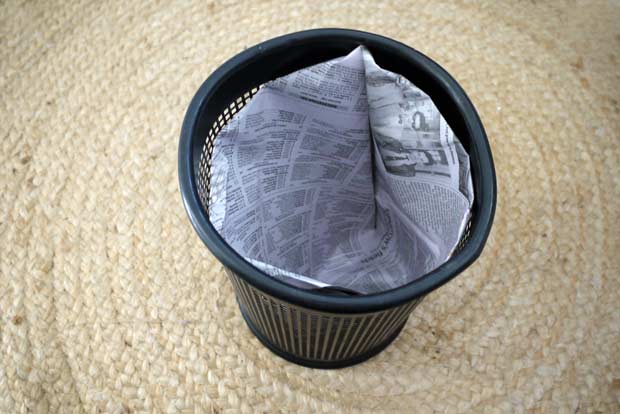 PROJECT 2: HOW TO MAKE A PAPER KETE FRUIT BASKET Divide an unfolded piece of newsaper into quarters. Fold one quarter to half way mark. 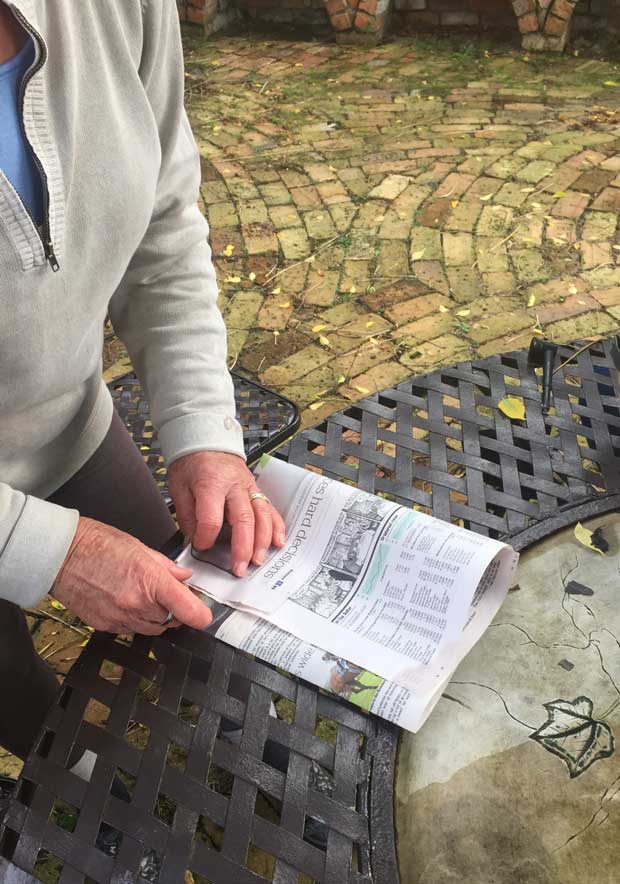 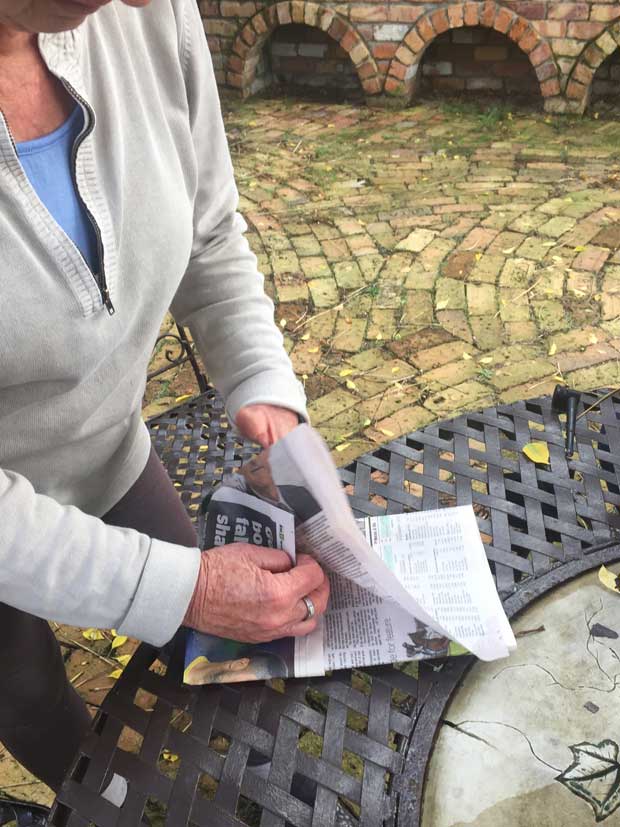 Tuck one open-ended corner into the bottom fold. 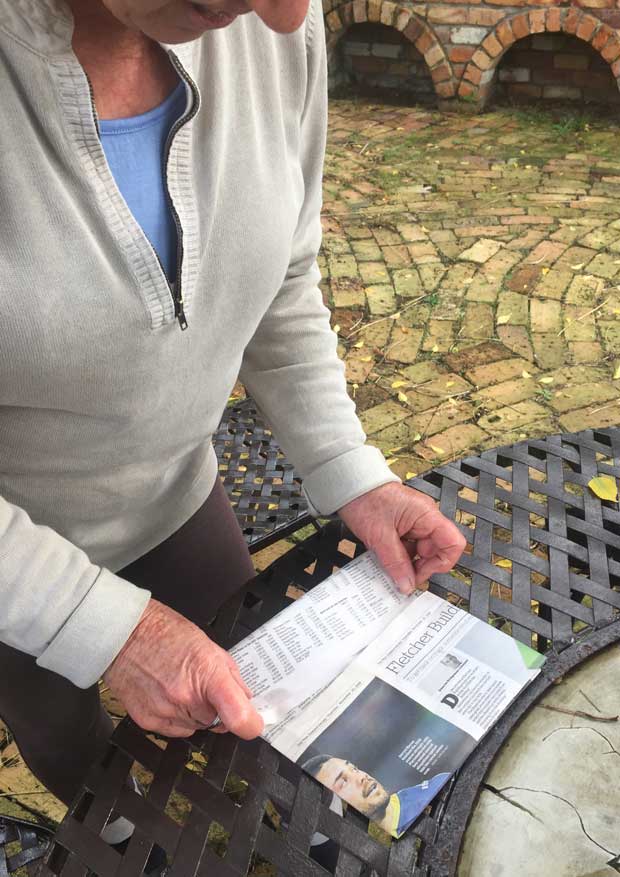 Flip over the paper from the top (180 degrees, vertically). 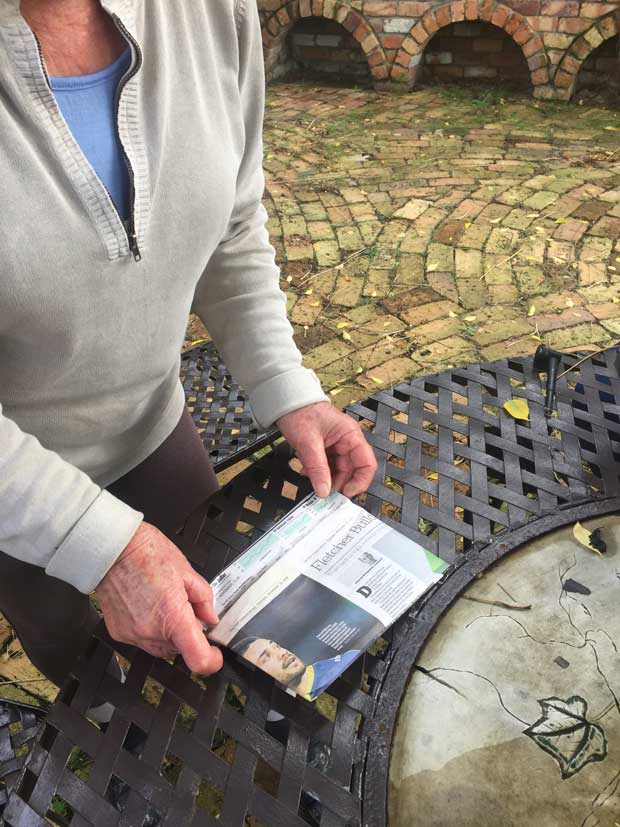 Then fold all of the paper over and tuck it into the sleeve pocket. 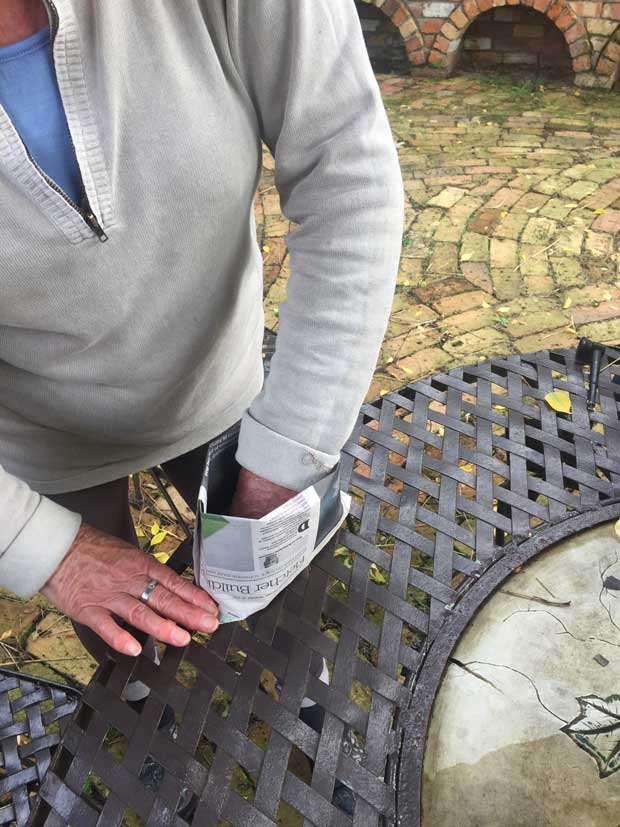 STEP 6
Stand up the paper and open the pocket using your fist to flatten the bottom. Pinch the bottom two corners to help it stand. Alternatively, folder over the top to make the kete smaller or to create a rim. 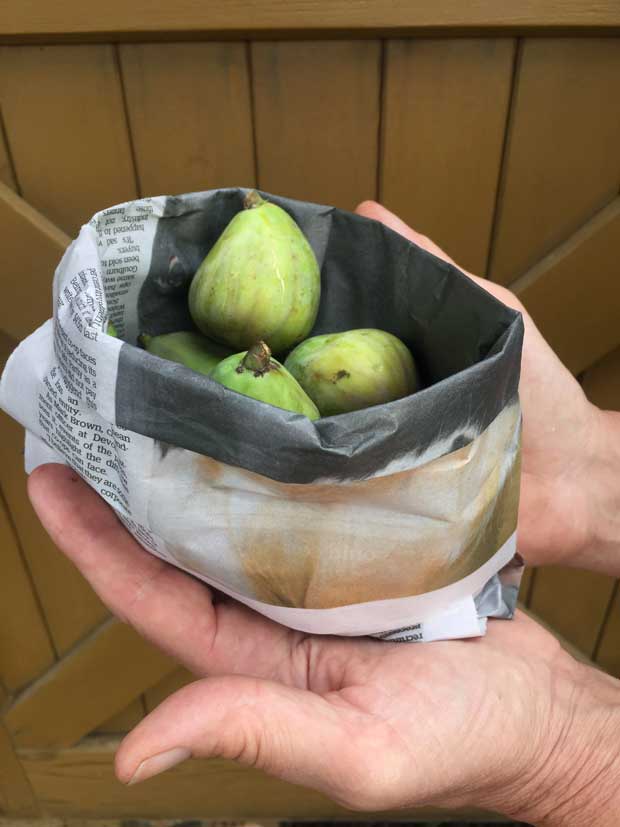 The finished paper kete, perfect for storing fruit and veggies.