Understanding how a chicken breathes 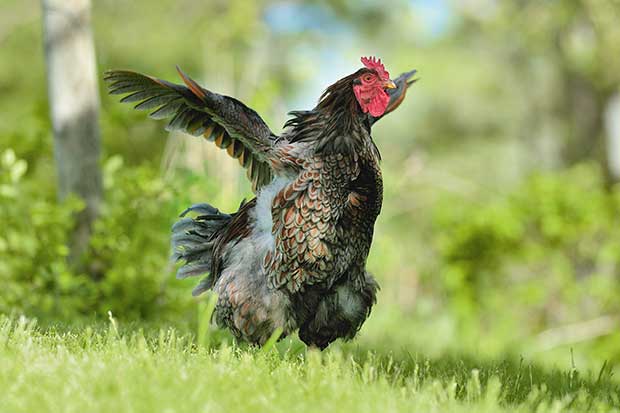 The chicken has a unique way of moving air through its body.

Breathing is a fundamental process that allows mammals to oxygenate their blood, but the respiratory system of a bird is very different from that of people and other mammals.

A bird has air sacs throughout its body which are extensions of its lungs. They do not have a muscular diaphragm (like humans) which acts as a bellows, drawing air in and out.

The far more complex respiratory system of the chicken ensures it always has fresh oxygen flowing through it.

The system is made up of:
• nose
• throat
• trachea (windpipe)
• lungs
• air sacs
• certain bones

The lungs are small, fairly rigid and an unusual shape because they are designed to fit around the ribs and spine. If you are ever performing a necropsy (cutting up and examining a dead bird to check for signs of ill-health) or processing it for eating, the lungs should be a bright pink-red-orange colour.

You’ll also find the air sacs. These are unique to birds and look like plastic wrap. There are four pairs of sacs around the body extending out from the lung tissue, and a single cervical air sac which sits in the front of the neck. These circulate air from the lungs into other parts of the body, around the organs and into special pneumatic bones.

The air sacs have a variety of jobs:
• they help to cool body temperature;
• they provide buoyancy to swimming birds;
• they fill with air to help the bird when it flies. 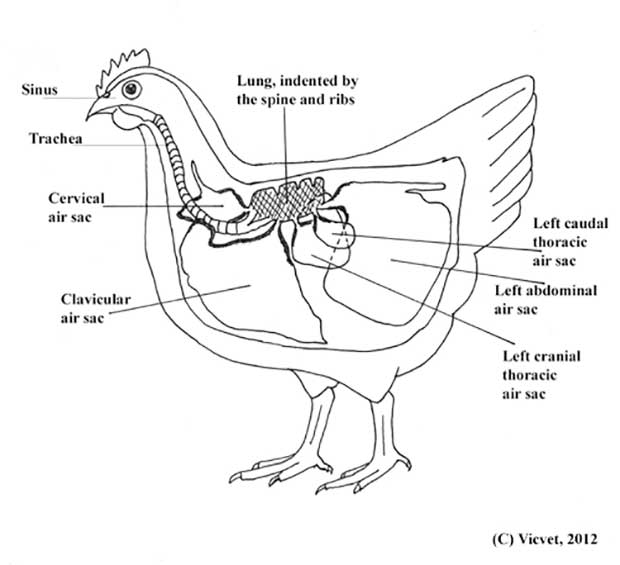 The average respiration rate of adult poultry is 30 breaths per minute (vs 12-18 for a human). It means good ventilation of a coop is important, to provide fresh air and to get rid of moisture, but without making it uncomfortable or unhealthy for your chickens. For example, by shutting up a coop in winter to prevent heat loss, you can deprive a flock of oxygen and increase the moisture in the air. The moisture condenses and either drips off onto the birds below or makes the flooring material wet. This can quickly create a bad smell and increases the risk of disease.

The best options are to:
• insulate the coop roof;
• provide an outlet for spent, warm air just below the eaves;
• provide an inlet at a lower level (which could be a hen-size door in a small coop).

The vents allow air to be drawn in from below, and once warm, to exit at height, taking the moisture out with it. 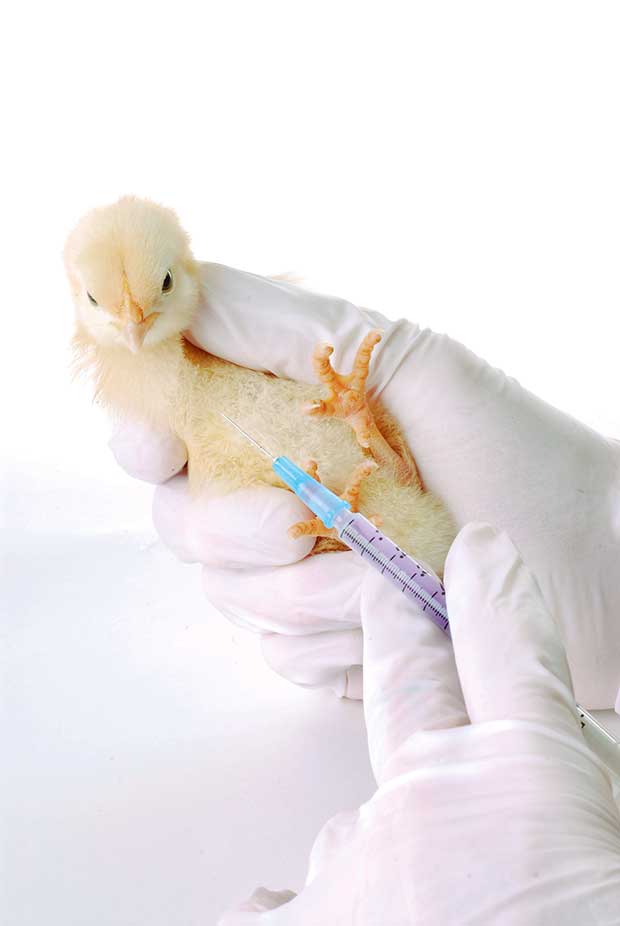 THE PROBLEM WITH BREATHING

It’s also common for one problem to lead to another. For example, a bird may catch a viral disease, leaving it vulnerable to bacteria affecting a lung or air sac.

In the early years of the 20th century, respiratory diseases in poultry were known as PPLO – Pleuro Pneumonia-Like Organisms – because they tended to occur together, and there was no science at the time to help vets identify the different causes. That’s because the symptoms of most respiratory ailments are the same, although there may be subtle differences which can differentiate them to an experienced eye.

These include:
• laboured breathing
• discharge from the eyes and nose
• gasping
• coughing
• sneezing 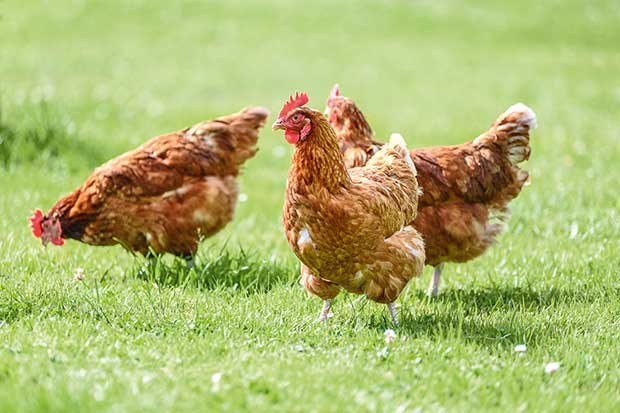 Since the mid-20th century, vaccines have been developed for use by poultry breeding companies to protect large commercial flocks. These are mainly used to prevent common viral diseases like infectious bronchitis (IB) and infectious laryngotracheitis (IL).

The same companies have also developed breeding flocks that are free of Mycoplasma gallisepticum, a bacterium that is a common cause of many chronic respiratory diseases in poultry. Their chicks will be free of it at hatching, although they can contract it during rearing unless they receive a vaccination. Unfortunately, vaccinations are rarely an option for the small flock owner due to their high price, special storage conditions and administration protocols, and the strict quarantine procedures required to make them effective.