Brooke and Maggie Noonan left jobs at Auckland Zoo to build an off-grid, eco-friendly house in the Far North.

Elephants never forget, and it’s equally difficult to forget an elephant, particularly one that fancied a wander through Auckland’s Western Springs park. On the return walk to her enclosure at the adjacent Auckland Zoo, words were exchanged between Burma the Asian elephant and keeper Brooke Noonan. After all, the incident which involved the elephant using a log to deactivate an electric fence, had brought Auckland traffic to a standstill.

Sometimes humans are just as unpredictable (we’re all mammals, after all), as Brooke and her wife Maggie will testify. They are accidental Northlanders, unexpected olive growers and unplanned international dog adopters.
The couple hadn’t intended moving to Mangonui, a small fishing village in Doubtless Bay, near the tippy top of the North Island. They also hadn’t expected to bring home Niue, a malnourished stray dog with ribs akimbo from the Pacific island of the same name in 2015.

BE IN TO WIN: Two nights’of glamping at the River Bothy in Mangonui, valued at $420

They fell in love with the flea-ridden pooch while overseeing the care of another elephant. Anjalee, Auckland Zoo’s newest (teenage) Asian elephant, was on a three-month quarantine pit stop in Niue. In 2015, Anjalee’s safe immigration from Sri Lanka was a career highlight for Brooke even though at this point she and Maggie, who also worked at the zoo but in sales and customer service, were plotting their own migration. They had lived in Warkworth for five years, aspiring to a semi-rural lifestyle but instead spent three hours a day, bumper-to-bumper, getting to and from work. It had them beat.

They searched for months for a patch of land on which to build a sustainable home with a separate accommodation business. They looked as far south as Central Otago, thinking they’d like to live somewhere with four distinct seasons, closer in climate to Maggie’s Scottish homeland.
However, the morning mist that creeps down Mangonui’s Oruaiti River can be bewitching – or perhaps it was just the hocus pocus of the real estate agent? – and the couple fell hard for the winterless north. They looked at some land on a Friday and signed papers on a Sunday. 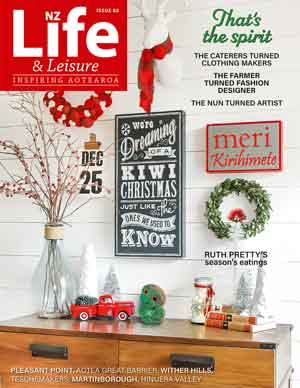 Read more about Brooke and Maggie’s new life in Mangonui in the November/December issue  of NZ Life & Leisure, in stores now or subscribe for the special Christmas price. 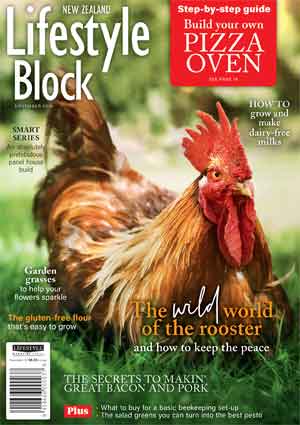 And read about their new smart home built using SIPS (structurally insulated panels) in the November issue of NZ Lifestyle Block,  in stores now or subscribe for the special Christmas price.

BE IN TO WIN

Be in to win two nights’of glamping at the River Bothy in Mangonui, valued at $420