This week in the water cooler: we have birds on the brain reviewing Pecking Order, get caught in a web of spidey powers, and revisit a classic with Anne with an E.

BIRDS OF A FEATHER

Pecking Order trailer from This NZ Life on Vimeo.

Who would have thought a documentary about chickens could be so moving? Pecking Order, about the Christchurch Poultry, Bantam and Pigeon Club, follows a group of its members preening and grooming their birds for judgement at the National Poultry Show. Feathers are ruffled during a coup (or should that be coop) to bring new blood into the club which sees the overthrow attempt of the club’s veteran president Doug Bain.
Chickens are weird and wonderful – the idea of ‘peacocking’ is true in the hen and rooster world too. “You get some birds that really present themselves well; sometimes birds show off in the cage… and sometimes a bird knows it’s good looking,” says judge Dennis Heaven. The trailer for Pecking Order is a little misleading and sets up the stars as a group of obsessive eccentrics (or chicken fanciers), but the documentary is much more than just Best in Show for birds. Director Slavko Martinov does not make fun of the club members but shows them to be honest New Zealanders… who just really love chickens. 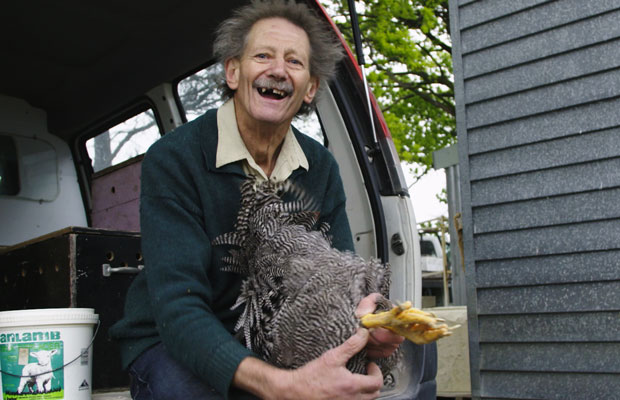 My favourite is Brian Glassey, who first started showing Barred Plymouth Rocks when he was 18. He has some classic lines: “This colombian rooster has too much black [feathers] in him, he’ll end up a pot roaster.” Brian and the all the characters in this film will have you chuckling and clucking in delight. A must-see.
Emma Rawson
Editor, thisNZlife 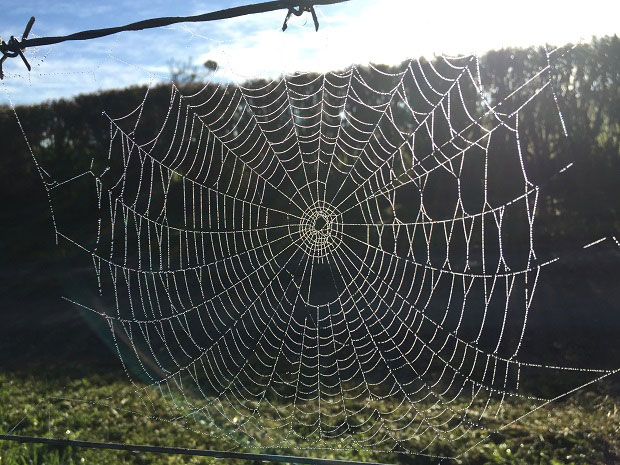 There are lots of beautiful things in the world, but spiders aren’t one of them. Bugs, generally, aren’t popular.
At least, that’s how I used to think. But, thanks to Bugman Ruud Kleinpaste it’s become hard not to be filled with grudging admiration for them. He knew I was afraid of weta, so on our first day at Fieldays a few years ago; he placed his elderly pet weta on my shoulder without telling me. What followed was a strange mix of terror and politeness, unable to move because I didn’t want to kill his pet, but really wanting to wave around until it was gone. It walked down my arm, tickling my skin with its little feet, then snuggled into my hand. I got over my weta fear.
I got over my spider fear too. That’s good because on my block there are millions of them weaving pretty art for me to admire. The same day I spotted dozens of these webs artfully woven in my boundary fence, I came across some new spider facts:

*Spiders have been around for about 380 million years.
*There are around 46,000 species.
*Different species produce different types of silk, depending on how they catch their prey.
*Spider’s silk is stronger than steel and tougher than kevlar, but incredibly light (kilogram for kilogram).
* Silk has amazing stretch, is temperature-resilient, and can conduct electricity
*It can inhibit bacterial growth, but remain invisible to the human immune system: if you have a bleeding wound, spider webs (clean and fresh, not dusty or dirty old ones) made a great gauze pad, and help blood to clot because they are rich in vitamin K.
* Scientists believe spider’s silk will help humans in future in almost every part of our lives, from building materials to replacing tendons.

AN OLDIE BUT A GOODIE When Anne with an E launched on Netflix last week I was there, poised on the sofa, waiting to push Play as soon as it was available to stream. I’ve been a fan of L M Montgomery’s fiery red-haired heroine Anne Shirley since I met her in the musty, dusty pages of an ancient red hard-covered copy of Anne of Green Gables passed down from my mother, who inherited it from her aunts, who inherited it from their mother (my great-grandmother). Anne, who came to life 110 years ago in the idyllic leafy lanes of Canada’s Prince Edward Island, still delights.

I’ve reread Anne (to my daughter,) and recently listened to a free audio version (on Librevox.org) during my commuting days but missed the 1985 movie and last year’s miniseries. I’m loving this beautifully shot Netflix 8-parter in which Anne is played by bony framed and freckled faced Irish-Canadian actor AmyBeth McNulty. As a fan of our own Kiwi director Niki Caro, I watched her direction of the opening episode with delight. Yes, it’s darker than the blossom-filled original but it still moves me. Watch it if you can and perhaps, like me, you’ll have to keep the lights low so no-one sees the tears. Watch the trailer here:

MACADAMIA LOVE… IN A COLD CLIMATE 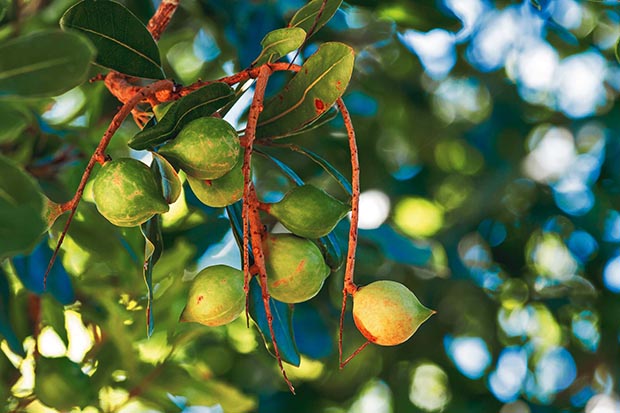 We had a huge response to our story on ‘8 Nuts you need to Grow’ and a query from a reader of which macadamia is best-suited to the Waikato climate. Garden writer Sheryn Dean responded and included results of experiments in growing macadamias. It is so good; here it is again:
“I am currently growing my 8th and 9th macadamia trees after numbers 1-6 succumbed to frost. I’m not sure why 7 died, but 8 survived two winters and is now above danger level. This is a ‘Beaumont’ – one of the nuts commonly grown commercially in New Zealand.
The secret to growing macadamias is to protect the trunk from the cold. I tried wrapping the trunks of trees 4,5 and 6 in foil and foam, but it was no good. Trees 1,2 and 3 were on my sunniest spot with heat sinks around them, but they all still died.
Trees 7 and 8 were planted on the top of a steep bank. Cold air sinks so this allows the cold to seep away instead of staying around them. Trees 7 and 8 were in a sheep protecting cage like the one photographed here which I filled up to the height of the top of the plant with straw. I did this twice over the winter (once before the first frosts, and topped up again in about August to protect from that late chill) and both trees (7 was still alive then) came through the winter fine.

The following year I used chestnut burrs instead of straw. They had the same insulating effect and didn’t break down as much (plus it was a good way to get rid of the leftover burrs).
I have done this again this year with tree 9 already. Tree 8 I now consider above danger level – over 1.5 metres tall. Tree 9 is only little; this will be its first winter. Fingers crossed.
Sheryn Dean
NZ Lifestyle Block writer

One of the most interesting podcasts I’ve heard lately is this TED Talk by Elon Musk, the founder of PayPal, Tesla Motors and rocket company SpaceX.
In this 40-minute presentation, he talks about the future of mass-marketed electric cars, solar energy and his dreams of space travel and life on Mars. According to Elon, the world’s traffic problems are going to escalate. His solution? How about boring tunnels under cities? 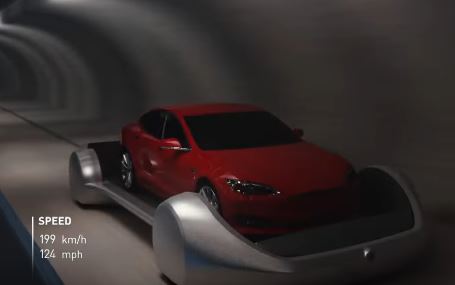 Elon thinks flying cars are not the solution because of the noise and the wind effects, and he believes having cars flying above people’s heads would increase anxiety. Self-driving cars aren’t far away though and the new ones, with eight cameras, he claims work more efficiently than humans with two eyes.
Yolanta Woldendorp
Art Director, NZ Life & Leisure