This week in the watercooler, we find an use for The NZ Herald, relive our calf club glory days and pay homage to a canine Frida Kahlo. 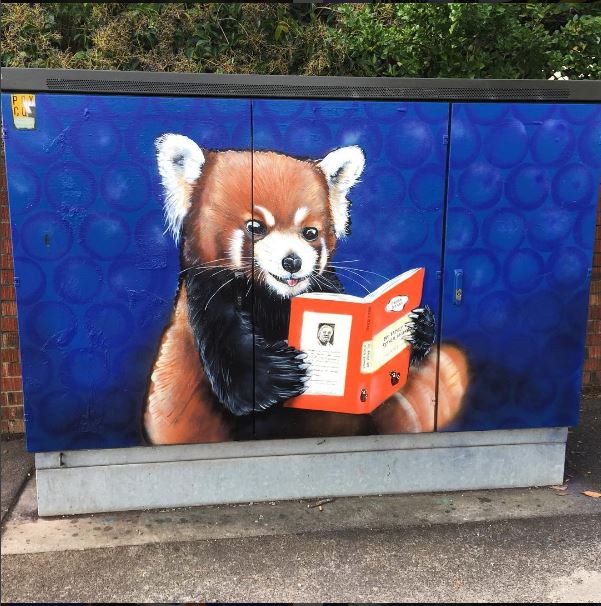 Paul hit the headlines when a huge mural of Grumpy Cat on the water tower in Big King dog park was painted out by a Watercare contractor. This dismayed  dog owners like me who loved the very angry cat scowling over the canine kingdom. This week my partner Andrew and I crossed a line to become fanatical dog owners when we commissioned Paul to paint a giant portrait of our griffon (called Frida Kahlo) in the style of the Mexican artist, Frida Kahlo. Are we barking mad, yes, but does it make us smile, hell yes! Frida Kahlo (the dog) sitting next to an artwork by Paul Walsh. The piece is a play on the famous 1943 artwork by Mexican artist Frida Kahlo called Self-portrait With Monkeys. 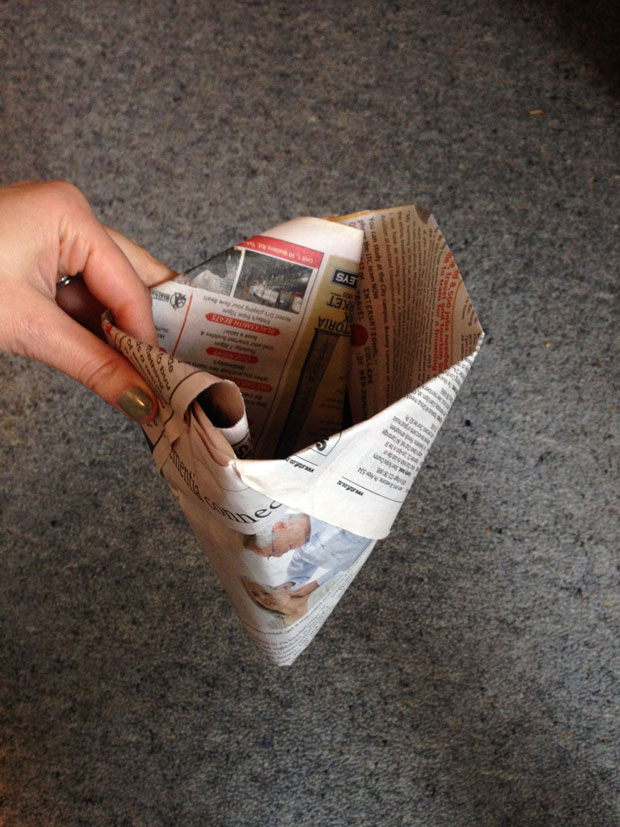 After reading Jessica Rose’s story on Quitting Plastics, I came across this great idea for an eco-friendly bin liner. I hate the idea of using plastic bags as bin liners, which only go into a bigger plastic rubbish bag, making it harder to degrade. This foldable paper liner is a good solution. Follow the video for instructions on how to make.

Note: My version is quite small as I only had a small newspaper at home, but using a big broadsheet newspaper would work best. 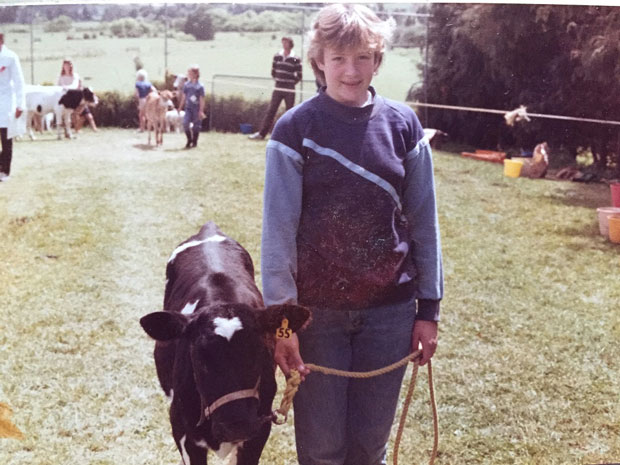 As a graduate of a small country school of the 1970s, it took me a while to realise how different my schooling was from a town-kid’s version.

Even though my school was only half-an-hour south of Auckland City, back then that was waaaaaay out in the country. Dairy cows grazed next door and I could call out across the fence and bring my previous year’s Calf Club calf – by then an adult in the herd – running for a head rub and slobber my clothes. One year, three enormous Friesians came running up bellowing. My girls from the previous three years’ Calf Club days. 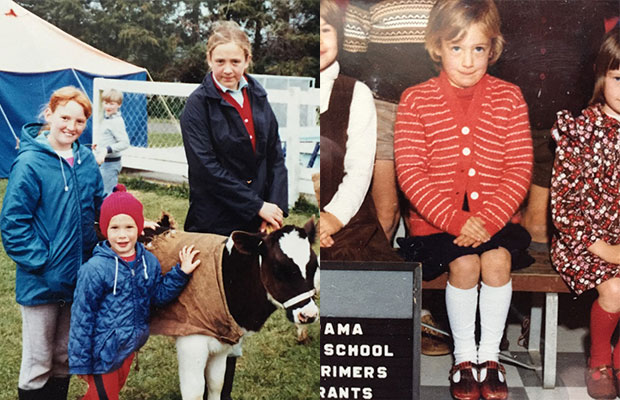 In winter, we kids managed the pot bellied fires, even emptying the hot ashes without a Health & Safety rules manual – so we just used our well-honed country common-sense. For PE, girls had to wear ‘rompers’ (yes, like the ones put on babies) in bright buttercup yellow, hand-sewn by our mothers. The headmaster had a collection of canes, proudly displayed on the wall above the blackboard. And yes, he liked to use them.
Even so, our little school pales when compared to this one in Hukerenui, just north of Whangarei. Today’s children are taught in ‘3-D’ with their maths, science and social studies lessons applied in the real world – just outside the classroom. This school has an alpaca herd, a lavender garden, beehives and grows maize every year. The crops, which earn the school precious funds, are all organised and managed by the senior (10-12 year-old) students. And they harvest the energy and skills of all students in the school to manage the crops and animals. There’s nothing cuter than 5-year-olds in bee suits, tending their hives.
Bastienne Kruger is the principal who helped to create one of the most amazing learning environments I’ve ever heard of, the best kind of teacher and probably only possible because she runs a small country school.
Nadene Hall
-NZ Lifestyle Block editor

SUGGESTED RULES OF ENGAGEMENT FOR TOURISTS 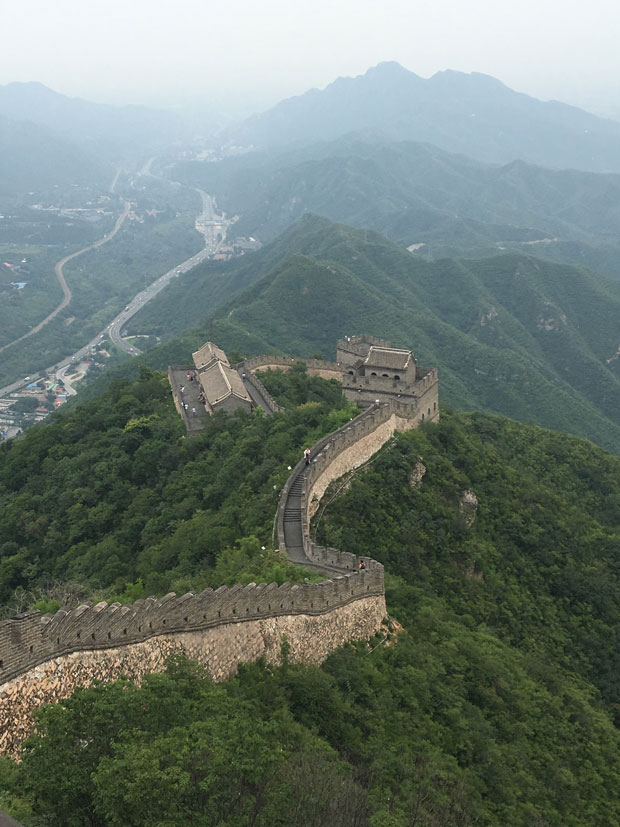 Lynley Belton’s photo of the Great Wall of China

Maybe, as tourism is our biggest export earner, it’s time for us to teach visitors respect for the special places they’ve come so far to see. Lifestyle Magazine Group’s commercial director Lynley Belton is inspired by this sign – seen last week as she walked the Great Wall of China. Protect the ecological environment and do not damage landscape resources after your entry into the scenic spot. Do not destroy trees and flowers. No spitting. Not littering at random. Visit the scenic spot in a civilised way.
Keep in order consciously during your visit.
Do not enter the scenic spot with inflammable, explosive and other dangerous goods. It is forbidden to smoke, set off fireworks or use fires in the fields. Treasure your life and avoid all dangers.

While happy to forgo spitting, random littering, leaving explosives and fireworks at home, she couldn’t – for the life of her – work out how to “Keep in order consciously” though she does know how to “Treasure her life”.
FYI: Lynley advises training for the Sky Tower Stair Challenge is probably the best way to prepare for walking the Great Wall. 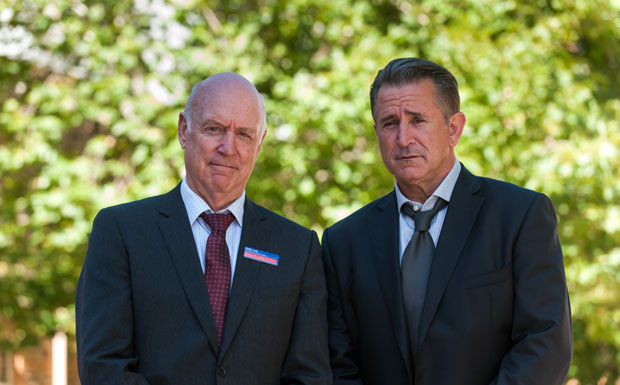 John Clarke and Anthony LaPaglia in A Month of Sundays

A Month of Sundays is a modest indie dramedy featuring a Death of a Salesman-style Willy Loman character – that is if Willy Loman were selling houses in Adelaide. It turns out Adelaide is as obsessed as Auckland with the real estate market.
Frank Mollard is a real estate salesman who specialises in selling deceased estates, though selling seems a bit too energetic for Frank, who simply shuffles through the motions.
It seems that nothing can shake Frank from his lethargy until he receives a phone call from his mother- who died a year earlier.

A great cast (our own John Clarke as the less than scrupulous Real Estate Principal) with some bone dry dialogue but the movie, like Frank, never catches fire. This satire on real estate lunacy will be uncomfortably close to a documentary for NZ viewers. A Month of Sundays is in cinemas nationwide. See the trailer below.