This week in the water cooler: we review Fantastic Beasts, whip up some cashew cream and make Paua Porridge. 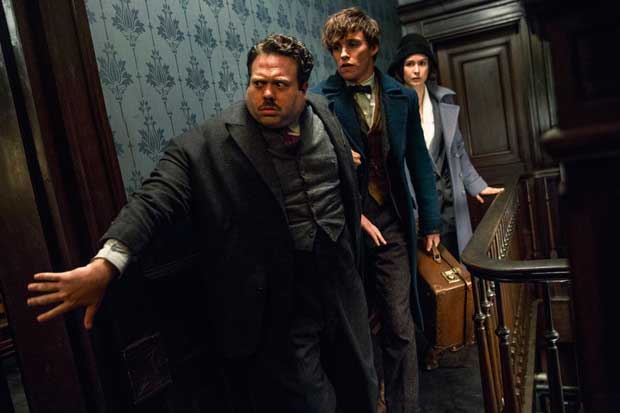 The cast of Fantastic Beasts

The latest offering from JK Rowling Fantastic Beasts and Where to Find Them hit cinemas this week and there’s plenty to love for those muggles who fell in love with the world of Harry Potter. Set in the 1930s, the film follows Newt Scamander, a delightfully befuddled British wizard, visiting the United States to release magical beasts into the wild. Newt gets caught by the US wizard authorities and in turn becomes embroiled in an investigation into a magical force terrorising New York. The thisNZlife team were spellbound by Rowling’s latest magical world, particularly Harry Potter fanatic and staff writer Cheree Morrison.

CREAM OF THE CROP 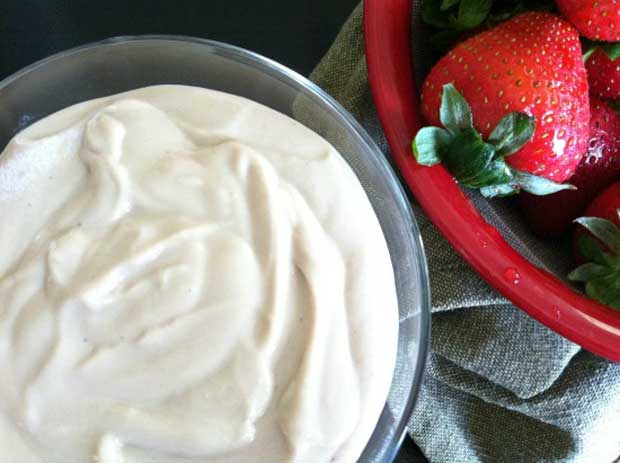 Strawberry season is my favourite time of year. Right now my strawberries on my lifestyle block are starting to ripen and are bursting full of flavour. Homegrown strawberries taste so much better and are much sweeter.
Because I live in the country a dairy isn’t just around the corner so popping down to the shop to get some cream for my strawberries isn’t an option – so sometimes I have to improvise. Last week I whipped up a jar of raw cashew nuts into some delicious sugar and dairy-free cream.
How to make cashew cream:
Combine 1 cup of raw unsalted cashew nuts, add a teaspoon vanilla essence and or vanilla bean with 180ml coconut water (more or less depending on how you like your cream thickness). Add a little maple syrup if you prefer your cream sweeter but I find the coconut water is sweet enough. Blend until smooth, a high-powered vitamix or a magic bullet will give a smooth consistency if using a regular blender then soak the cashew nuts in the coconut water for two hours before blending.

More stories you might like:
ANZAC book reviews: Odyssey of the Unknown Anzac, Gallipoli to the Somme, Shame and the Captives, Gallipoli: The New Zealand Story 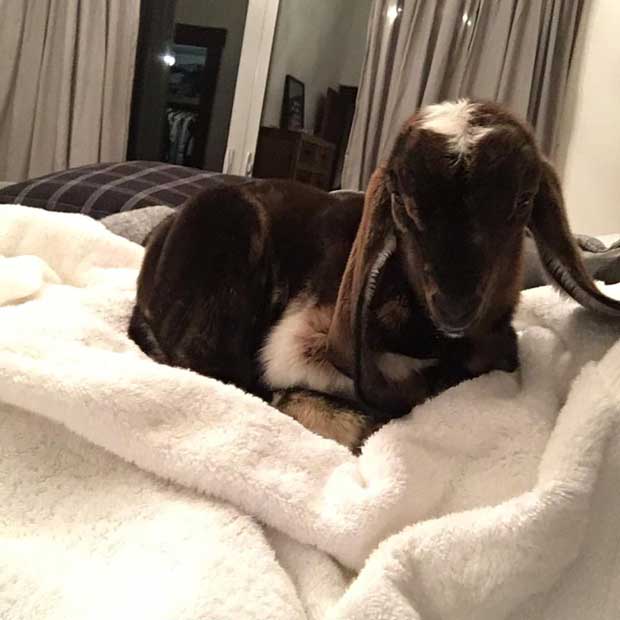 Some people have to sleep around bendy cats or decidedly unbendy dogs, but my friend Emma Osment has her bed invaded by baby goats. She occasionally has to bottle-feed orphans or small triplets and it’s amazing how they quickly adapt to house life and all its furnishings.
Emma is pretty famous (infamous) for her mothering: these are four human boys in her house, plus usually an assortment of rescue dogs, rescue kittens, and other cuties requiring assistance.
She’s also known around NZ for her stunning Anglo-Nubian goats, and this little one will eventually have learn how to be a goat when rejoins the flocks in a few weeks and to live without soft furnishings. 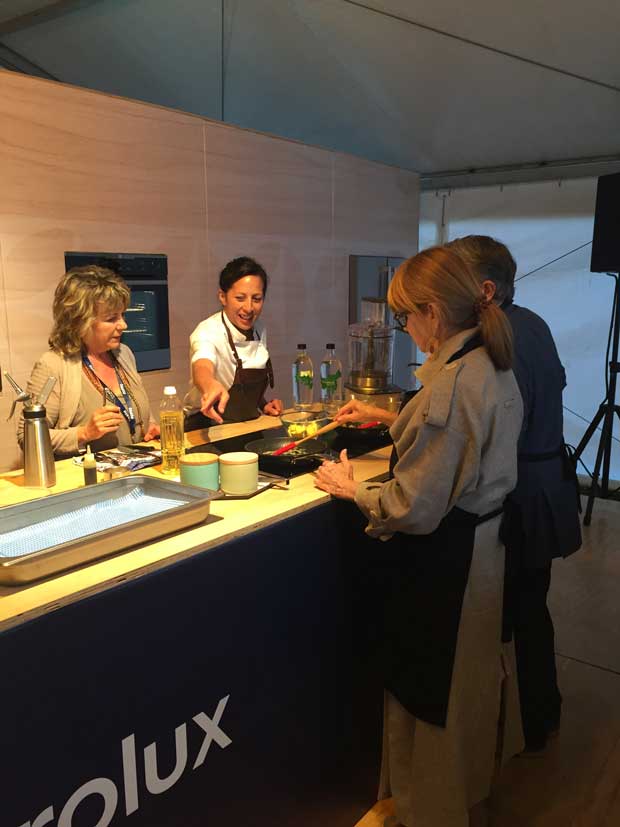 Western Springs was transformed into a foodie Mecca this weekend for the Taste of Auckland event. Foodies sauntered around the park to sample bites from some of Auckland’s top restaurants and pick up bargains from the food stalls. Attendees buy credits called ‘crowns’ and for 50 crowns I picked up three Kapiti cheeses, a jar of Alderson’s pickles and some Pic’s peanut butter and still had money to buy some Rou Jia Mo (Braised Pork Belly) from Chinese restaurant, Artwok. At the Electrolux Chefs’ Secrets the public had a chance to get up close and personal with the country’s culinary superstars. On Thursday night’s session, Hiakai chef Monique Fiso taught a class on how to make Paua Porridge – which was less porridge and more of a yummy risotto (read more about Monique Fiso in our special edition In Your Backyard: Food & Fire).  Next year I’ll sign up for more classes.