This week in the water cooler: we review McLaren and Wonder Woman, avoid some nasty slips in the Waikato and put porridge to the test.

Disclaimer: I don’t like cars and drive an automobile that’s about the size of a fridge so I’m probably not the target audience for documentary, McLaren a film about the life of Formula One racing car driver and engineer Bruce McLaren. 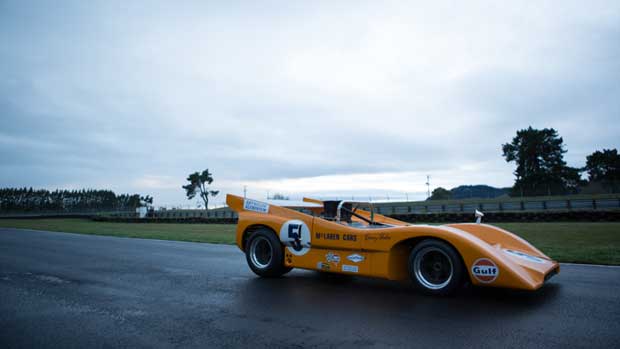 However despite my mechanical ignorance, I found it both fascinating and incredibly moving. The film hits cinemas this week and documents how the New Zealand driver – who had one leg shorter than the other from a childhood and bout of Perthes disease – went on to become the (then) youngest-ever winner of a Formula One race, and then go on to found one of the most successful racing teams in the sport’s history. I had no idea he was also an accomplished Indy 500 racer and that he also won the Le Mans 24 hour race.

But what I found most intriguing was his strong New Zealand connection. He diligently kept in touch with his family and friends in New Zealand while overseas, sending letters and detailed diagrams documenting his mechanical ideas back to his racing club in Auckland. We know how the story ends, but this is memorable viewing and great filmmaking.

Another great film in cinemas this weekend is Wonder Woman. Fellow Screen Siren podcaster Yolanta and I both LOVED it, so much so we both want to see it again. Gal Gadot stars as the Amazonian superhero Diana, and portrays the character’s strength and naivety in a single bound. This is the action movie women deserve. Chris Pine is perfectly adequate as Steve Trevor, but this is Wonder Woman’s show. A scene where she charges into No Man’s Land on the Western Front is one of the most memorable action scenes I’ve ever seen. 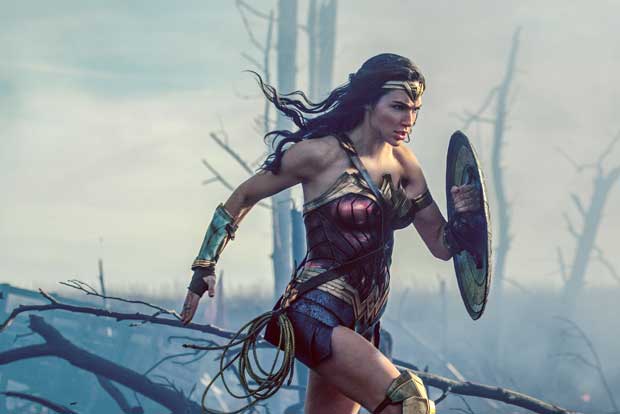 Listen to our full Screen Sirens podcast where we discuss the film in depth (fun fact: did you know that the original writer of the comic book, William Moulton Marston, also invented the polygraph lie detector test? The lasso of truth makes sense now).

In the meantime, watch our video review that we made immediately after the movie when we were giggling with excitement. 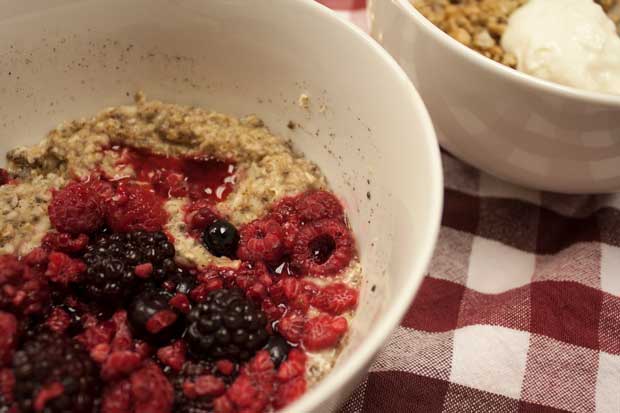 I’m a creature of habit when it comes to breakfast. For the past year I’ve been a smoothie girl, with the occasional foray into fancy granola (when I can sneak a $15 packet into the trolley without my husband having kittens).

The one thing I never touch is porridge. Nope. The only way I’ve ever been able to eat it is smothered in an indecent amount of brown sugar, which turns breakfast into what I like to call morning dessert (Weetbix covered in jelly crystals is another morning dessert – kids these days will never understand the joy of Weetbix and raspberry jelly crystals). 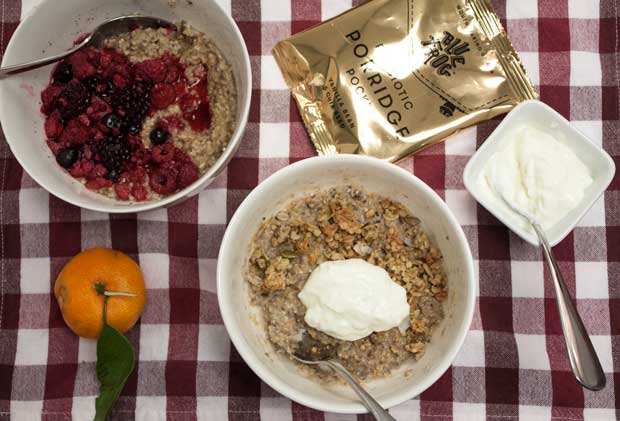 One of the joys of our job is trying new products from time to time (let’s not talk about the cricket flour), so when Blue Frog’s Probiotic Porridge landed on my desk, I thought I would toughen up and have a go. I’m a sucker for anything with vanilla bean, and I was not disappointed – the Blue Frog porridge is really delicious.

However, it did start a bit of a debate around how we eat our porridge. Some kept it simple. Milla went for fresh berries, whereas I decided to go with a sprinkle of granola and a dollop of thick Greek yoghurt.

How do you eat yours? Is brown sugar still the winner, or have tastes evolved? Are the trendy small packets the best thing since sliced bread, or is from scratch best? I’m open to all suggestions.

A FRACTION TOO LITTLE FRICTION
If you live in Auckland and like to ride a motorbike, you have to travel for around an hour before you get to the fun stuff, the winding roads that offer the best challenges and the best views. I’m lucky. The fun for me begins 90m from the garage when I turn out of our driveway.

One of the twistiest, technically fun roads is a shortcut we use almost every time we ride. But since the big, rainy storms back in April, it has been closed at one end and the reason why is quite dramatic. 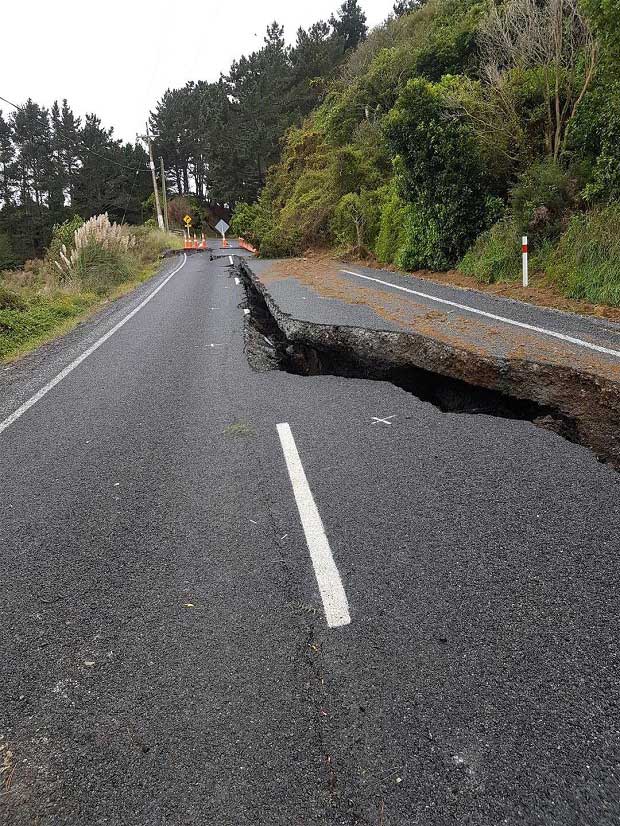 The detour around this takes you down a very narrow country lane. It’s officially a road, but it’s narrow and very windy, with amazing views out over the North Waikato.

Then there is this. 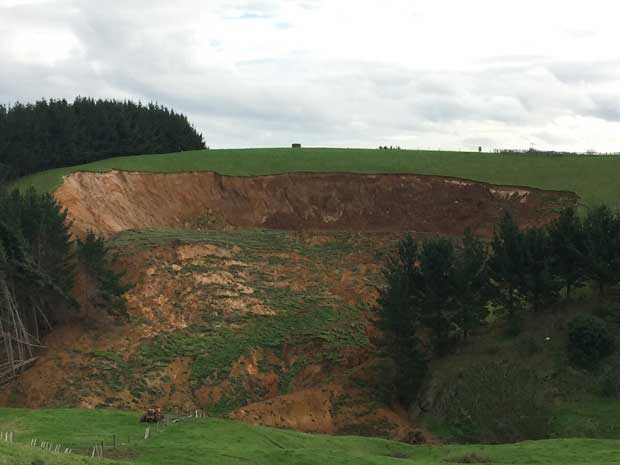 It’s one of the hills you’ll see on the detour road and this photo does not do it justice. It’s quite breath-taking, and doesn’t feel good when it’s your land and you’re watching it move. To give you some idea, Google shows this slip is approximately 90m wide at the top (a rugby field is 100m) and that’s a pretty big bulldozer sitting at the bottom left of the picture.

You might think a whole hillside moving is an amazing demonstration of the power of a heavy deluge of water but it turns out this is a lesson in physics. Soil is held together by friction – there are other aspects, but friction does most of the heavy lifting. Soil particles have different levels of friction that allow them to ‘cling’ to each other, or not. Sand has very little friction, sticky clay has a lot. But add something like a lot of water to a clay hillside and the friction lessens, until finally gravity overcomes it and you end up with a big mess. The local council is fixing the broken road, with work on it starting next week. When it comes to fixing a hill, things are more problematic.

More stories you might like:
From tragedy to red hot business: how Jen Viegas found success recreating the flavours of her heritage