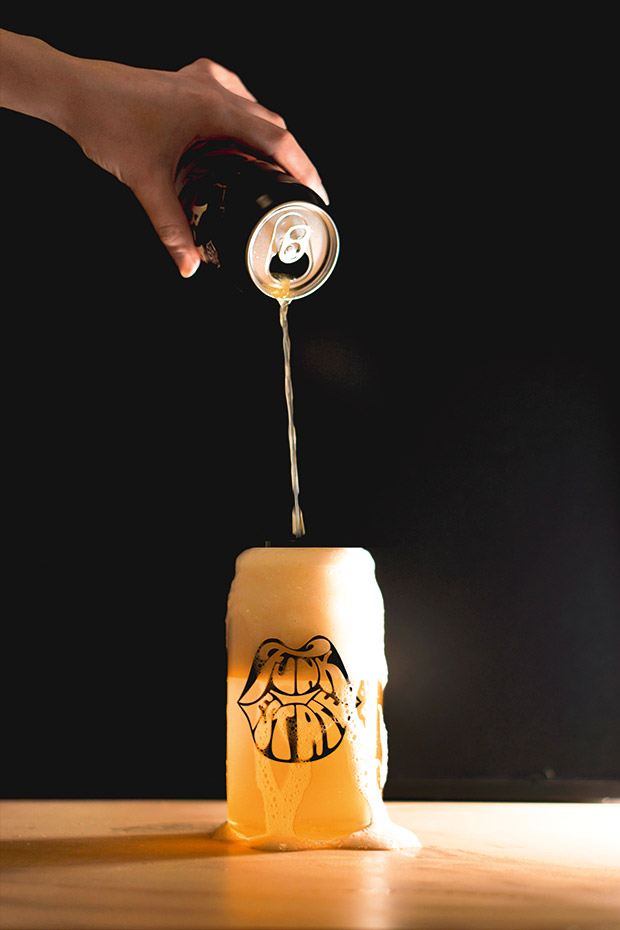 From brewing beer to cultivating cow-less milk, companies are experimenting with yeast to make food and drinks for an increasingly eco-minded world.

Above a Turkish restaurant on Wellington’s Dixon street, big plans are brewing. Here, in a small back room, is the country’s first dedicated yeast lab. A big steel vat holds 100 litres of sugary yeast food that will produce enough yeast to make 1000 litres of craft beer for the likes of Garage Project and Funk Estate.

“Yeast is a crucial ingredient in the brewing process,” says Simon Cooke who, along with fellow homebrewing enthusiast Ryan Carville, founded Froth Technologies to supply yeast to the brewing industry.

“Yeast converts sugar into alcohol. It also produces CO2 that creates the bubbles and texture in beer. There are also flavour and aroma compounds. These are produced by the yeast during fermentation.” 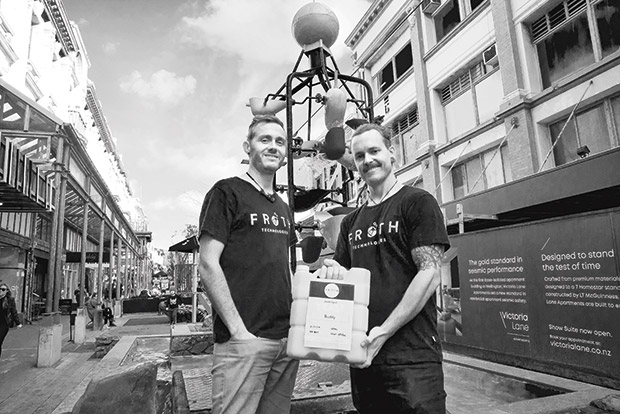 New Zealand brewers currently import yeast in refrigerated containers airfreighted mainly from the United States and Europe. The Froth team saw a way to save money and cut down on the air miles that yeast racks up by cultivating their own.

“We are using isolated colonies of yeast, single strains, growing them into larger commercial quantities,” says Simon. “Our initial offering is using industry-standard strains that have already been domesticated and used by brewers, sometimes for centuries. They are well-behaved and predictable.” 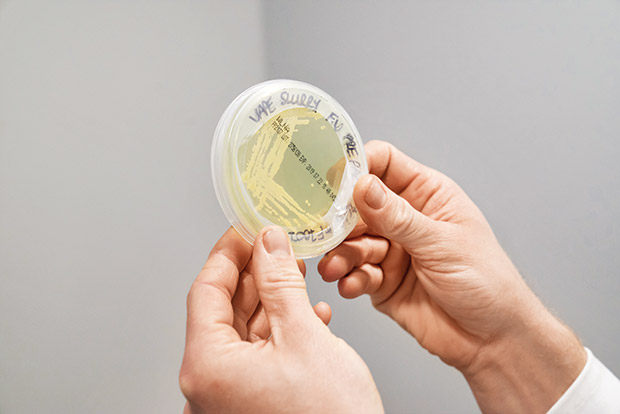 But Froth also has a research and development project underway to capture and cultivate wild New Zealand yeast to see if it can lend flavour. Cooke and Carville will set out over the summer to collect yeast from some of the more isolated areas of New Zealand, where the environment stamps its mark on the resident yeast.

“We are tapping into that terroir, bringing hundreds of samples back to the lab. Hopefully, we’ll end up with some that make it through our boot camp and become the standard for producing beer in a commercial brewery,” says Simon. Of Ngāi Tahu descent, Simon is also working with South Island iwi and the Department of Conservation to gain support for his yeast-finding mission. He hopes that by raising awareness of yeast’s influence on the characteristics and flavours of beer, drinkers will think more about the environment yeast came from as they raise their pints.

Froth was one of six companies to take part in the Zero Carbon Challenge, which saw entrepreneurs explore ways to develop sustainable businesses. Simon says Froth is likely to be carbon-neutral within a year. Once cultivated, the yeast is stored in bottles made from a sugarcane-based byproduct of ethanol production in Brazil.

Froth will move from LPG heating to using electricity to lower its carbon footprint and look for further innovations in sustainable packaging. 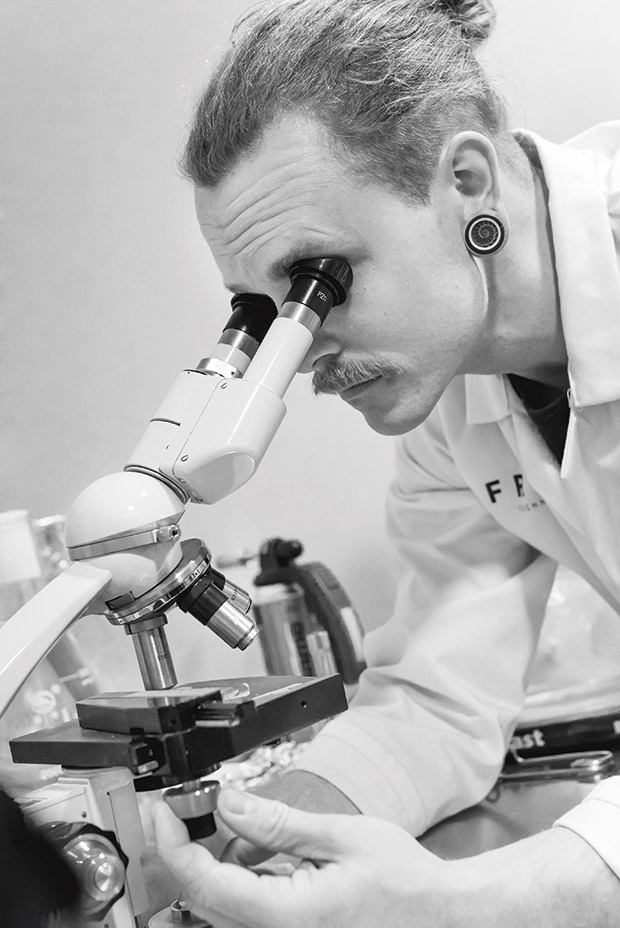 “We see our business as a sustainable option for the brewing industry in New Zealand with the next best option currently being San Diego. Just by localizing yeast, we are already helping breweries lower their carbon footprint,” he says.

While Froth Technologies is cultivating yeast for the brewing industry, the country’s largest company, Fonterra, is experimenting with yeast at a much more fundamental level. It is determining whether it is feasible to replace the protein on which it has built its dairy empire.

In February, it joined other companies in collectively investing US$90 million (about $140 million) in Boston-based start-up Motif Ingredients. One of the other backers is Breakthrough Energy Ventures, which counts the richest men in the world, Jeff Bezos and Bill Gates, as investors. 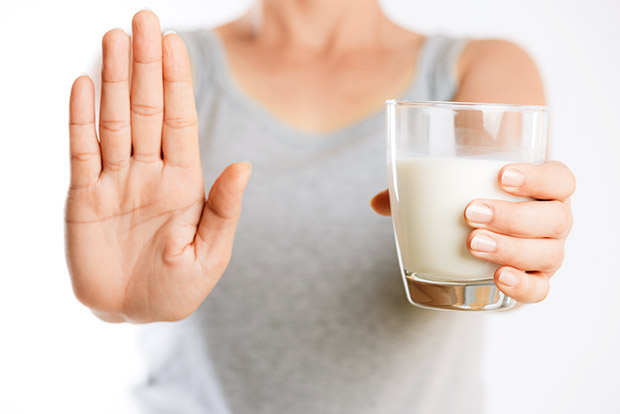 Motif is genetically modifying yeast, fungi and other microbes to develop proteins that have the characteristics of the proteins in milk, eggs and even meat. They are nurturing these proteins in carefully controlled vats to brew foods, similar to how Froth’s customers combine malt, hops, water and yeast to make beer.

It is early days for the technology, and this type of development would be tricky to carry out in New Zealand given the restrictions governing research that involves genetically modified organisms. But Fonterra is looking at the world’s burgeoning population and the growing environmental pressures that come with increasing dairy herds. It knows it needs a more sustainable future and it faces a host of biotech start-ups working in the “alt protein” space.

A commercial product is unlikely to be available for three to seven years.

If it can’t beat them, the troubled dairy co-op has finally decided that it may be smart to join them — even if it means its future milk supply may eventually come from a yeast-filled tank rather than the cows that graze Aotearoa’s green pastures.