What is umami? How to add umami to your cooking with fresh ingredients We’re biologically programmed to crave a hearty steak, but there are also meat-free ways to add or enhance that same sense of ‘yummy’.

Ever wondered why your mouth starts watering when the smell of chargrilled steaks begins to waft out of the kitchen? Why you have the sudden urge to cover it with tomato sauce?

It’s a flavour found in many of our favourite foods, including pizza, lasagna, and fried mushrooms. Umami is the intense, earthy, meaty, deeply satisfying taste you find in seared beef, tomatoes, ripe cheese, mushrooms, anchovies, soy, and more.

It’s known as the fifth taste, after salty, sweet, sour, and bitter, although scientists now know it’s perceived differently by our nervous system compared to the others. They’ve also found it’s probably the way humans detect protein in food. “Our brains perceive umami as taste, smell, and even physical sensation,” says Dr Nancy Rawson, who wrote a white paper on umami in 2019 (khni.kerry.com). 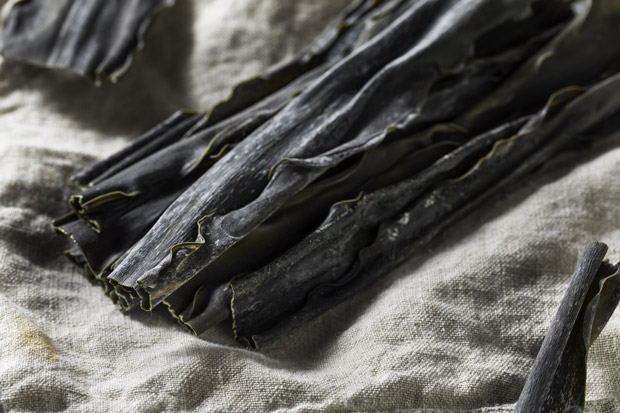 Every culture in the world has its umami tool kit. In the Western diet, umami is often a bold flavour explosion, such as concentrated tomato-based sauces, grilled steaks, and aged cheese. In others, umami is subtle and more complex, allowing the flavours of other ingredients to shine without being overwhelmed by ‘umami-ness’.

In 1908, Japanese chemist Kikunae Ikeda wondered why dashi – a stock commonly used in Japanese cuisine – tasted so meaty and luscious, despite being made from seaweed (Laminaria japonica) and dried fishmeal. He examined the molecular structure of the seaweed, a common base ingredient in Japanese cooking.

He discovered that glutamic acid was responsible for the taste sensation he called umami (which means ‘deliciousness’ or ‘pleasant savoury taste’).

Seaweed: Many seaweeds are high in glutamic acid. Can be used to add depth to broths and sauces, or dried and sprinkled over a meal. 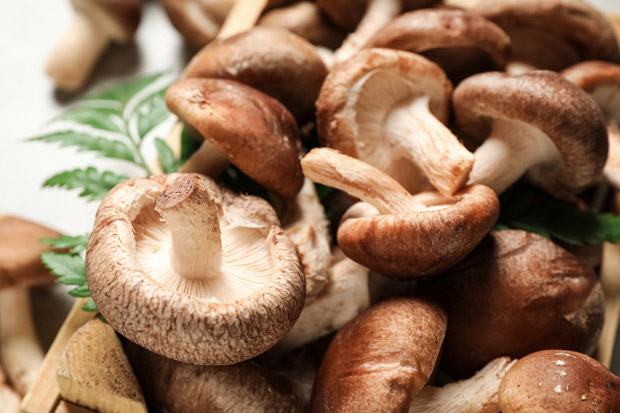 Green peas: High in umami flavour if eaten as soon as picked, decreases over time.

Chinese (Napa, wong bok) cabbage: Fermented to make kimchi, or can be used in stir-fries, soups, or sliced thinly to eat fresh in salads. In Jar 1, soak the shiitake mushrooms in 500ml of cold, non-chlorinated water for 6-8 hours.

In Jar 2, soak 10g of kombu seaweed in 500ml of cold, non-chlorinated water for 1 hour. Don’t wash the white powder off, as it contributes to the umami flavour.

Don’t throw the kombu away as you can use it in soups, salads, and stir-fries. Store in an airtight container or resealable bag for up to 3 days in the fridge.

Remove the mushrooms. Squeeze the liquid out of them into the seaweed liquid. Store dashi in the fridge for up to a week or freeze it for up to 3 months. The mushrooms can also be re-used in soup, stews, or stir-fries. Store in an airtight container or resealable bag for up to 10 days in the fridge.

HOW TO USE DASHI

Everyone has a personal dashi taste preference. Experiment to find the right combinations of dashi and other ingredients to suit your palate. Here are some tips:

• Simmer vegetables and tofu in dashi to make a satisfying, warming broth.
• Marinate tofu or tempeh in dashi before cooking.
• Poach eggs in dashi (tastes amazing!).
• Use dashi as a dipping sauce for tempura, grilled eggplant, fried tofu, or tempeh.