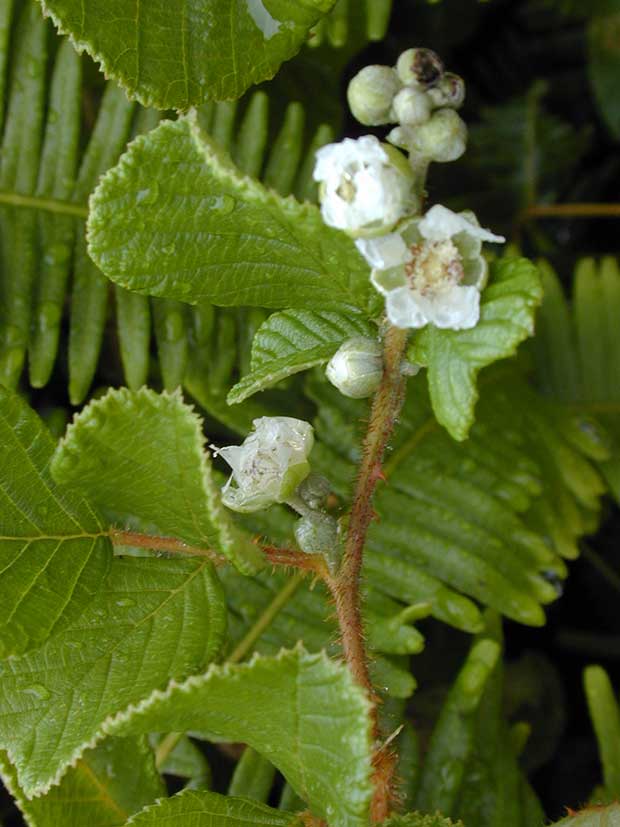 A bramble that can smother native trees is found in NZ for the first time.

Eagle-eyed Unitec scientists have spotted one of the world’s top 100 worst weeds near an Auckland reserve.

The Himalayan wineberry bramble (Rubus ellipticus) was spotted on an Albany roadside and a private property by Dr Dan Blanchon and Dr Peter de Lange from the School of Environmental and Animal Sciences. The well-established plants may have been growing for several years.

The species is listed by the Plant Biosecurity Index as ‘Entry Prohibited’, meaning its introduction to New Zealand is prohibited. 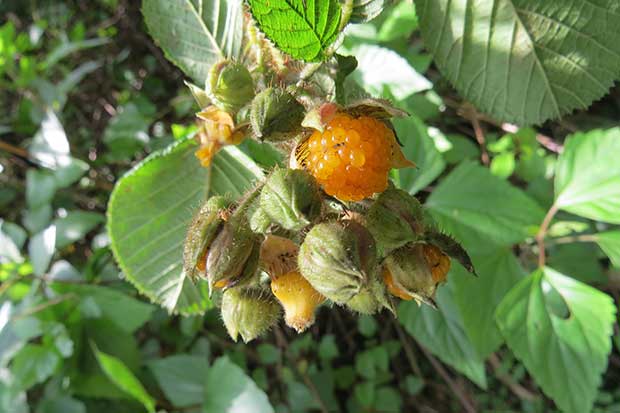 Himalayan wineberry is a serious problem in countries like Hawaii. It forms impenetrable thickets and grows stout canes that reach up through forest canopies, smothering vegetation. Its berries are edible and taste similar to raspberries.

The plant is hard to spot when young and difficult to eradicate.

Biosecurity NZ is testing samples to confirm the plant’s identity.

HOW TO IDENTIFY HIMALAYAN WINEBERRY 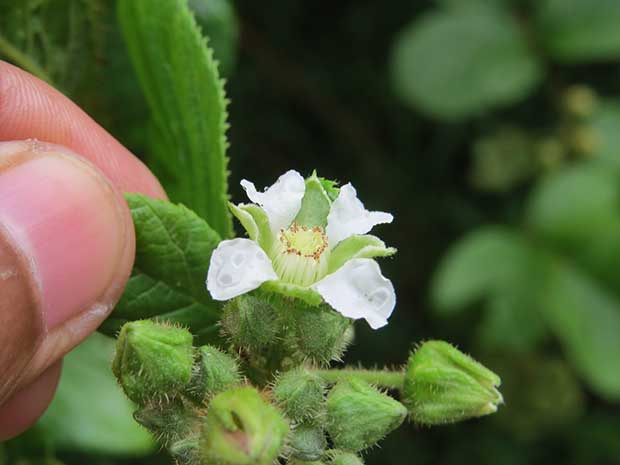