Colostrum is essential for newborn calves, very beneficial to humans, and – as Sheryn has discovered – simple to cook and delicious to eat.

Once the calves have had their share, I have previously fed any leftover golden colostrum milk to the pigs. They enjoy it.

I’ve always been aware of colostrum’s importance to the newborn calf, and vaguely conscious that some entrepreneur was marketing it as a health supplement. It’s thick and creamy and slightly strong in taste, but my refusal to drink it was more psychological than anything else.

Then an Indian friend came to stay during calving. He was horrified when I ‘wasted’ the remaining 10 litres of colostrum my little Jersey calf couldn’t drink. He rhapsodised nostalgically about ‘first day lollies’ and told stories of lining up and treasuring the once-a-year treat.

I had never even thought about cooking with it. Research unearthed a few recipes from the Middle Ages and India and so many health benefits I could call it a medicine.

According to the marketing, consuming colostrum (bovine colostrum being apparently identical to human colostrum) will reset my hormonal system back to levels associated with youth, boost my immune system to its top fighting form, restore my digestive system to optimal function, and provide my body with every basic essential nutrient known.

Oh, and it will help me win an Olympic medal in swimming.

It does this with prebiotics, probiotics, immunoglobulins, IGFs (insulin-like growth factors) and oligosaccharides (which reverse wrinkles). There are a host of other unpronounceable contents but the gist is it’s good for you.

I couldn’t find any information that said I had to be less that six hours old to get the full benefits (as does a calf) or whether all these goodies survive the cooking process, but certainly the original, raw, fresh colostrum is undoubtedly beneficial. 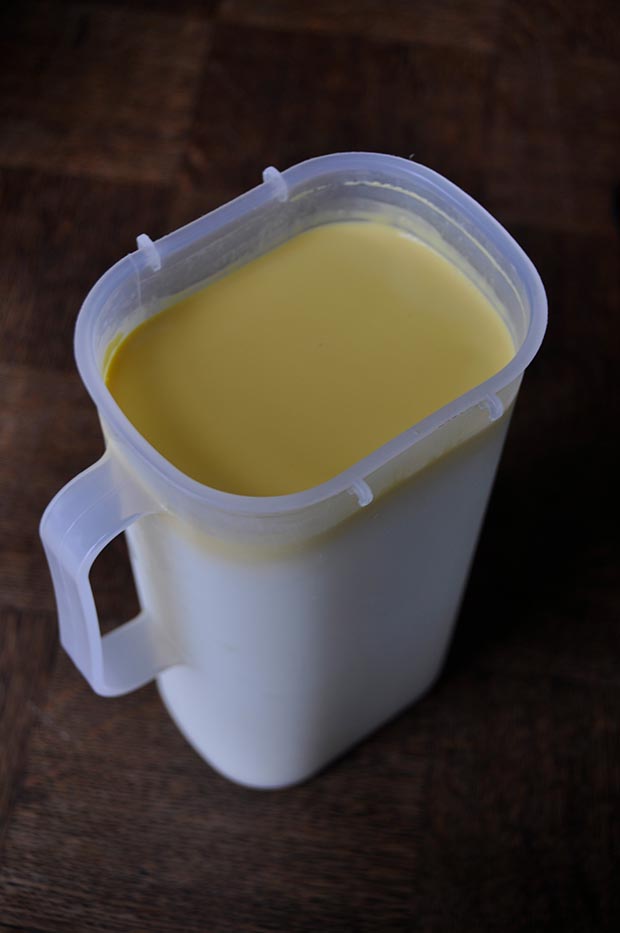 More stories you might like:
What is your chicken trying to tell you? A guide to poultry signals and hen clucks and cackles

When I started cooking with it last year, I found it incredibly easy, resulting in a beautiful texture and flavour. Of all its components, it is the high protein content of colostrum that influences the cooking.

Basically, colostrum cooks like a milk and egg mix. Bake it slow as a crème brulee, baked custard or bread and butter pudding. Its taste is a little more delicate than an egg and milk mix, and the texture is somewhat smoother.

By itself it is bland, but with a sweetener and flavourings it is an exquisite sweet dessert. I used honey or sugar, vanilla and nutmeg as those are the flavours I like, but Indian junnu or possu calls for sugar, pepper and cardamom or saffron. The Scandinavian dessert kalvdans is just the addition of sugar and salt.

All these recipes are slow baked or steamed until set.

The only trick is to get the consistency right and as every cow and milking is different, this can only be done by trial and error. One reference said to bake a small amount in a dish to see how it set first, but I just made mine up and hoped for the best and they all set beautifully.

First day milk is too strong and the recommendation is to dilute this with normal milk, one cup of colostrum to anything between two and six cups of milk. Since I didn’t have any normal milk, I simply used second day milk which was perfect.

I tried a Beestings recipe, a play on the Dutch word for colostrum (biest, nothing to do with buzzy bees). I used the first-day cream floating on top which gave it a stunning yellow look, but I didn’t like the fatty texture.

Yoghurt was simple to make and really thick and creamy (divine!), and the cheese, a type of cottage cheese/quark, was simple.

After all this I still had four litres left in the fridge so I started drinking it, and decided I even like the second-day milk raw! I am now feeling much younger and my wrinkles have disappeared.

Or possibly the mirror is foggy. 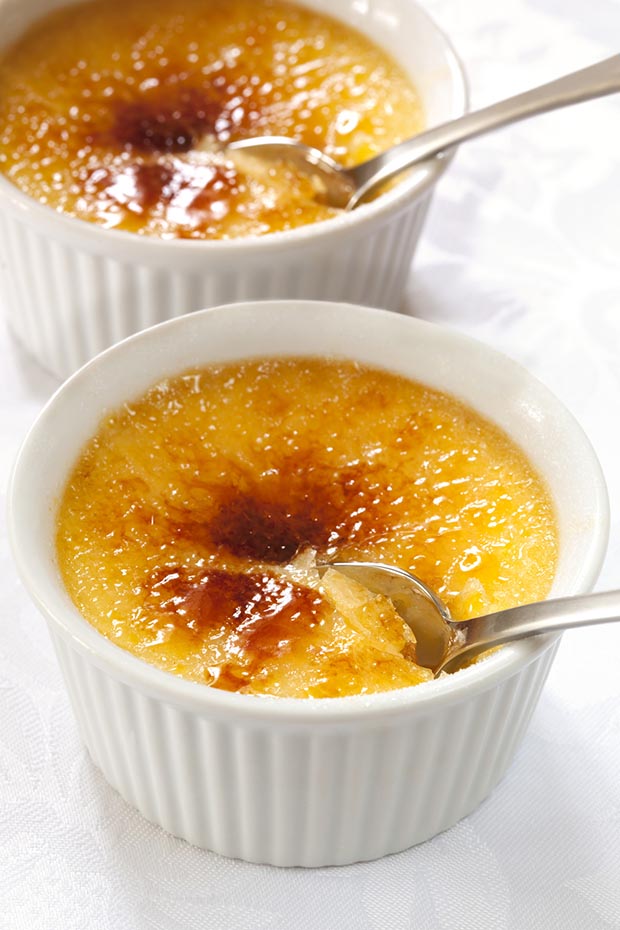 Overall it is a delicious, easy and nutritious addition to your menu and once again this has demonstrated to me how restricted our eating previously was.

Before we produced our own food, our ingredients were limited. In our ignorance we initially wasted or didn’t appreciate foods considered delicacies or treats in other cultures.

Now that I have tasted and learnt how to handle colostrum, calving is a gastronomic event right up there with home-grown, sun-warmed tomatoes, hazelnuts, and fresh figs drizzled with home-made yoghurt.

Spread four slices of bread (any bread, homemade, wholemeal, yesterday’s stale bread or even sliced bagels) with honey or golden syrup and lay in dish.

Pour over milk, mixed with the vanilla essence.

Sprinkle with sugar and some freshly grated nutmeg.

Place in the slow cooker and fill until water is halfway up the side of the dish.

Cook on slow for 1-2 hours until just set.

Alternatively, you can cook it in a water bath at 100˚C.

Gently heat a little of the milk and honey in a saucepan to mix, then add to remaining milk and pour into ramekins.

Bake in a water bath in a slow cooker or low oven until just set, which takes about an hour.

Allow to cool. Chill in fridge.

Just before serving, sprinkle with white sugar and torch to caramelise.

More stories you might like:
Confessions of a Chookaholic, Part One: Why a quality coop is a good investment

Don’t muck around with a poncey crème brulee torch – buy a butane blow torch from a tool shop.

Gently, slowly heat any quantity of second-day milk in a saucepan until it’s 90˚C, stirring frequently.

Immediately cool in a water bath to 46˚C.

Add 1 tbsp of room-temperature quality live yoghurt or yoghurt culture and keep in warm place until set (about three hours).

Heat second-day milk gently in a saucepan until it separates.

Pour into a fine sieve (or line a sieve with cheesecloth or clean, sterilised open weave dishcloth) and leave to drain.

This can be used as-is for a quark or a sweet cottage cheese.

Fill a pudding-dish with second-day milk.

Heat your chosen syrup – I used honey but golden syrup, molasses, brown sugar or just sugar could be substituted – then add it to the milk, stirring until thoroughly blended.

Remove the cream carefully from your first milking and use it to ‘top’ the cheese – just gently spoon on, it will float.

Bake in a moderate oven until golden brown and firm to the touch – an oven suitable for a baked custard is just right, about 180˚C.

New cheese like this cuts into smooth, creamy slices, and is short and free in texture.

Serve with cream and it’s a delicious change from the usual milk pudding.

Warning: a too-intense oven ruins the texture of new cheese, making it tough and leathery instead of tender.

WHAT TO DO WHEN WHEN YOU DON’T HAVE COLOSTRUM

In all of these recipes you could substitute second-day milk with a mix of first-day and regular milk, or even use third-day milk.