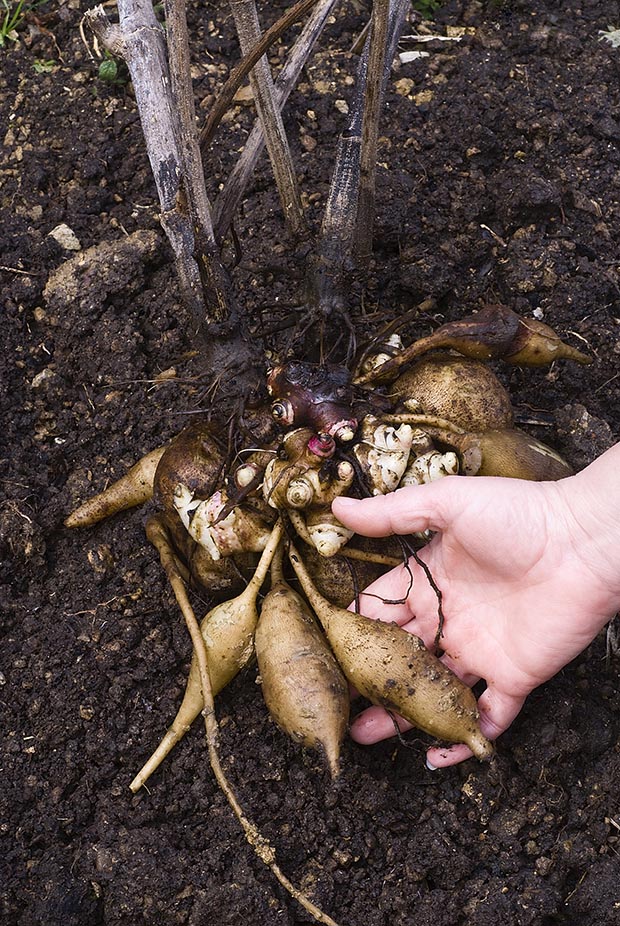 It’s an ugly vege with a fruit flavour and perfect for winter.

It’s a crunchy, juicy, watermelony, cucumbery vege you can harvest in the depths of the New Zealand winter, and this great taste is the best reason to grow yacons (Smallanthus sonchifolius).

These humble tubers are one of my favourite vegetables. While they seem to be a bit of an acquired taste, I hear through the gardening grapevine that they are sprouting up all over New Zealand.

They are certainly popular in South America where they have been grown for so long that the flowers produce no fertile pollen and yacons can only be propagated by dividing the rhizome crown.

Yacons are related to Jerusalem artichokes, but they are slightly easier to control. It is true that they will grow from a very small rhizome like an artichoke but yacons don’t spread as vigorously because of the infertility of their seeds. 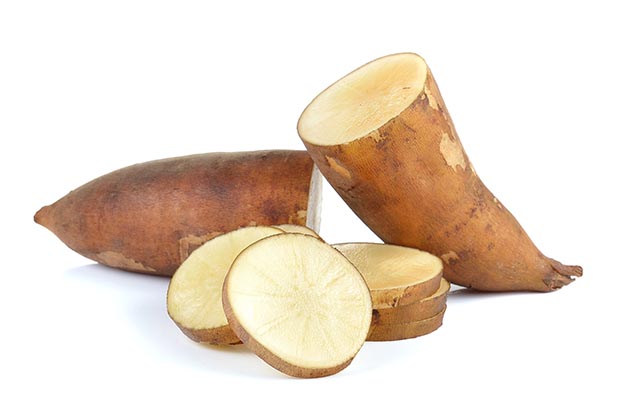 My first yacon clump came from a friend in Northland back in the mid-90s and I have been carting offspring from that original around ever since, planting them here and there and everywhere in the hope that they will ‘catch on, yacon’.

One huge plus for me is that yacons don’t tend to give me massive gas attacks when I eat them. In contrast, I call Jerusalem artichokes ‘farty chokes’ just so you know what I mean!

Scientist and organic gardener Alan Kapuler has been studying yacons for more than 20 years. His work has shown yacons stimulate good bacteria in the human gut but also in the soil, so growing yacons looks to be a good thing for guts and gardens.

The sweet flavour of a yacon tuber is enhanced by the first frosts and they are often referred to as ‘the apple of the earth’. 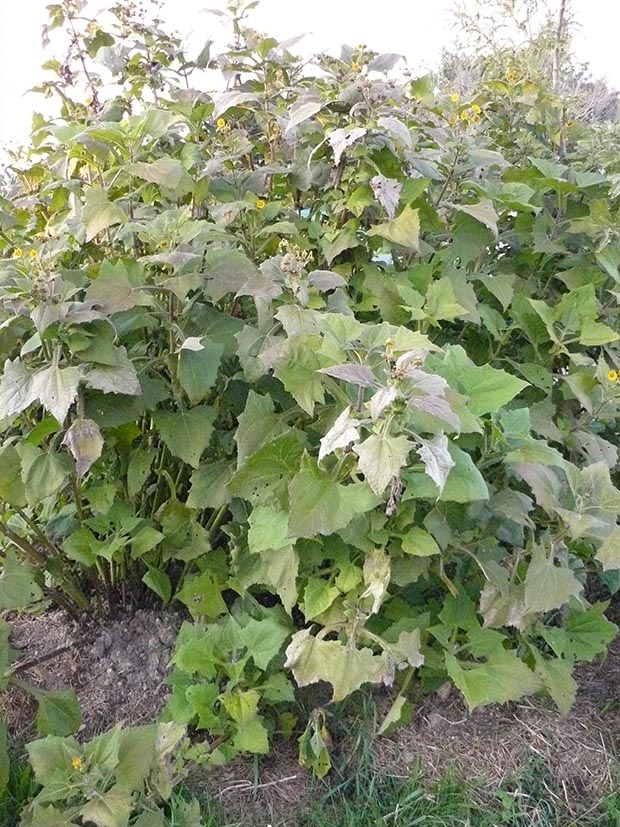 Some people describe the taste as a cross between an apple and a watermelon. Others feel it is more like cucumber or even celery. I’ve also seen it described as a ‘fruit-like vegetable’ and as an ‘underground pear’.

Yacons are high in fibre and have a super-low calorie content, making them ideal as a quick snack. The tubers and the leaves contain high levels of inulin, a form of sugar humans cannot easily break down.

This might seem to be a black mark against the poor yacon, but on the up side, inulin aids digestion and promotes the growth of beneficial bacteria in the intestine, while inhibiting toxic bacteria.

Beneficial gut bacteria is all the rage on the health scene and has led to yacon syrup being promoted as a super food.  In New Zealand Matakana Super Foods is selling yacon powder as a natural sweetener and prebiotic.

• Don’t wash them – just brush off most of the dirt without actually scraping the skin in any way.

• Let them air dry completely and then lay them in a cardboard box with sheets of newspaper in between and covering the top layer, keeping the box in a cool place with reduced light.

• Once they start to get a bit wrinkly, put them into the fridge where they will often last for up to three months. 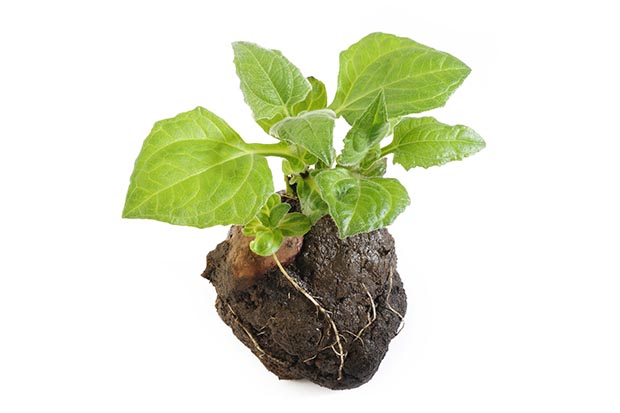 GROWING YACON
Yacon plants grow up to 2m and have big, arrow-shaped leaves which are apparently also edible (I haven’t tried them yet).

• OBTAIN a yacon crown or a couple of rhizomes from a friend, or have a look on the internet for folks selling the crowns.

• KEEP your crown divisions indoors in a large paper bag in a dark place, a bit like seedling potatoes. In early spring, set them out in a cardboard box, again in a dark place where they will start to sprout like crazy.

• YACONS need room so space them 1m apart, burying them 15cm down under a mound of earth with a generous helping of compost/mulch on top.

• YACON plants are almost completely pest and disease-free so you can just about plant and walk away, watering only when it is very dry.

• HARVEST after the first autumn or winter frosts by gently raising the crown and tuber with a fork.

Although gardening books and internet sites often say not to expect a huge crop from yacon in the first year, I have found that if I dig over the soil really well before planting the rhizome clump and add a good quantity of compost, I can get 1-2 buckets of tubers after the first 12 months.

They do an excellent job of aerating the soil and breaking up clumps, leaving a lovely tilth wherever I plant them.

1 Yacons are great simply peeled and sliced like fruit as a snack.

2 Try them grated with carrots and apples with a handful of roasted seeds and/or nuts, accompanied by a vinaigrette mustard dressing.

3 Use cubed yacons instead of apples in a Waldorf salad. You will need to splash a bit of lemon juice onto the cubes as they tend to brown very quickly.

4 Use yacon as a change from the traditional pear or pineapple upside down cake – use sliced yacon instead.

5 Add cubes to a tropical fruit salad with a squeeze of lemon or lime to stop them going brown.

6 Bake them either whole or as chips with strong flavours like garlic and parsley, ginger and turmeric, sweet chilli sauce or soy sauce.