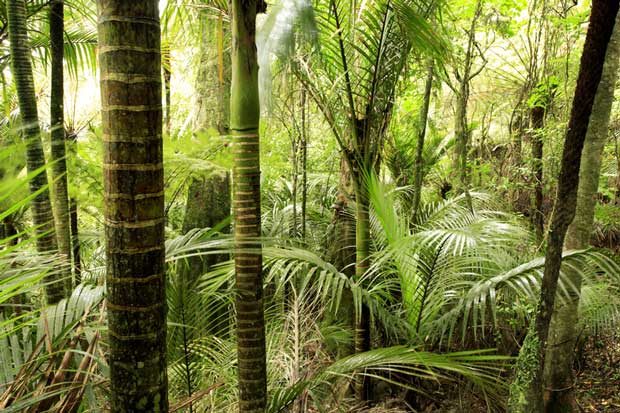 If you have a wet or swampy area, fence it off, plant something that thrives on wet soils, and turn it into a thing of beauty.

1. PUTAPUTAWETA/MARBLELEAF
Carpodetus serratus
Height: 7-10m
Likes: streamsides, forests, any damp or boggy area
The putaputaweta is so named for the holes in its trunk, created by puriri moth larvae, that are a favourite housing option for weta. This small tree has large bunches of white-cream star0like flowers from November to March, then red-black berries ripen about 18 months later. It can be frost tender when young

2.KORU
Pratia physalloides
Height: 1.5-2m
Likes: light shade, damp soil, usually found in gullies
The Koru’s leaves are somewhat similar to the hydrangea in shape and size. It is a bushy shrub that forms 3-5cm long racemes (stalks) of lilac flowers in February-March, then striking shiny, purple-blue berries. Its natural distribution is the Far North and while it likes to grow in disturbed soils, it is becoming hard to find in the wild due to its palatability. It is frost tender, so if you live further south it does make a lovely indoor plant. You’re more likely to find it at a specialist native nursery such as Oratia Native Plants.

3. PUKATEA
Laurelia novae-zelandiae
Height: up to 36m
Likes: swampy ground, wet gullies
This tall tree is absolutely beautiful and one of the tallest-growing native trees. As an adult, it has huge buttresses to hold it in wet ground, but as a juvenile it’s bright red stems and serrated glossy green leaves make a great specimen. Its only drawback is its slow growth and that it’s intolerant of drought and frost. However, it’s so beautiful, if you have a swampy area, plant it anyway.

4. NIKAU
Rhopalostylis sapida
Height: up to 10m
Likes: light shade, plenty of moisture, shade and wind protection when young, love wet gullies, depressions and the bottom of steep slopes. The world’s most southerly (and NZs only) native palm, the nikau has become more popular in recent years for its exotic looks. It is very slow-growing, taking 15-20 years to form a trunk, but well worth waiting for. They are a brilliant food source for birds, but do require possum protection as their light pink flowers and bright red berries are irresistible to most animals.

5. SWAMP MAIRE/MAIRE TAWAKE
Syzygium maire
Height: up to 15m
Likes: a sunny position in a boggy/swamp area, and even in very wet ground, will tolerate dry soil
The swamp maire is one of just a few native trees that form breathing roots (pneumatophores), which come up above the soil and allow its roots to breath. It had lovely bronze foliage, striking silver bark, white-cream power-puff flowers and large, bright-red berries.

6. RIBBONWOOD/MANATU
Plagianthus regius
Height: up to 10m
Likes: full sun to semi-shade, wet soil, or poor soil, will tolerate frosts, wind and dry soils, but not severe drought.
The ribbonwood is one of a few deciduous (semi-deciduous north of Auckland), and one of the most fast-growing natives of NZ. It can withstand strong winds, so it is good for borders. Like another swamp-growing favourite, the kahikatea, it passes through a bushy juvenile stage, and has male and female flowers, followed by berries. It is usually found growing near water. 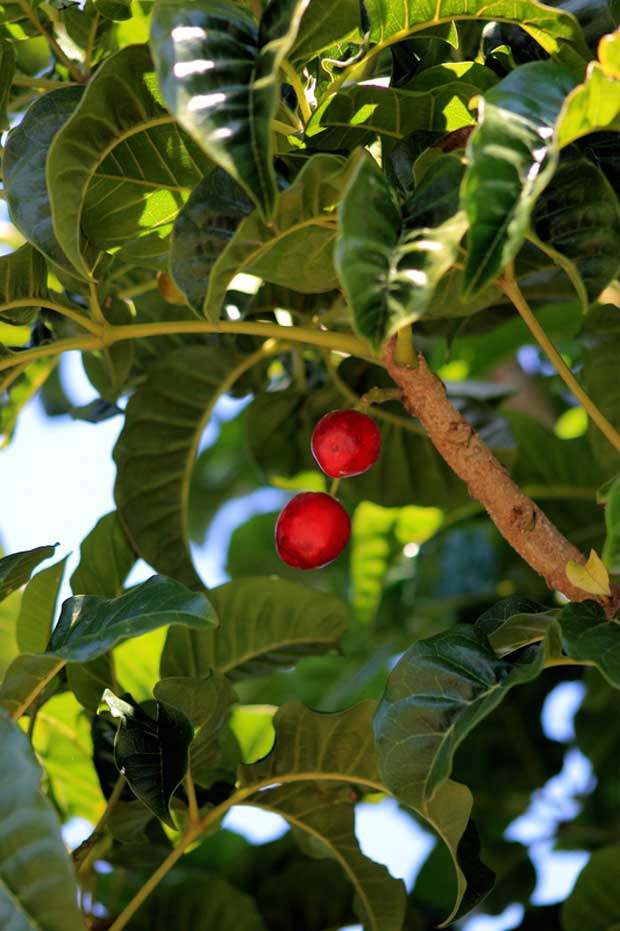 7.  PURIRI
Vitex lucens
Height: up to 20m
Likes: rich, deep, wet soil, wind-tolerant
The puriri is a large canopy tree and a favourite of wood pigeons for most of the year, as it can hold its berries for up to eight months. It is self-fertile and can throw hundreds of seedlings in a good site. Its dark, glossy leaves are a great feature, but is frost-tender when young.

8. PATE/SEVEN-FINGER
Schefflera digitata
Height: up to 3m
Likes: while tolerant of most conditions including frost, the pate prefers semi-shade and damp soil
The pate is a fast-growing, spreading tree that has greenish-white flowers that hang below the leaves in summer, but a feature is its seven-fingered foliage. It also has white and purple berries from February-July. It is not tolerant of flooded soils or windy areas.

9. POKAKA
Elaeocarpus hookerianus
Height: up to 12m
Likes: likes a damp, deep but well-draining soil, will tolerate quite exposed conditions and, once established, is very drought-tolerant.
Pokaka has distinct juvenile and adult phases, from a dense, bushy shrub, to a rounded tree that eventually willform a canopy. It forms white-yellow flowers, then purple, oval-shaped drupes. It can be confused with Pittosporum tuneri, but has a more diverse array of leaf shapes and a higher number of more lobed or serrated leaves.

10.  MAHOE/WHITEYWOOD
Melicytus ramiflorus
Height: up to 10m
Likes: moist-wet but well-drained soil, very hardy to wind, can tolerate mild but not heavy frost.
The mahoe is an important nursery tree for most native species, plus it is known for its distinctive white bark (which is often covered in white lichen), and heavy crops of small purple berries on the female trees (if a male is nearby). Greenish-white flowers appear in November-December, and then the fruit from January-March. It can look very similar to privet, but its leaves are serrated; it can form into a spreading tree or be a more leggy shrub depending on its situation.