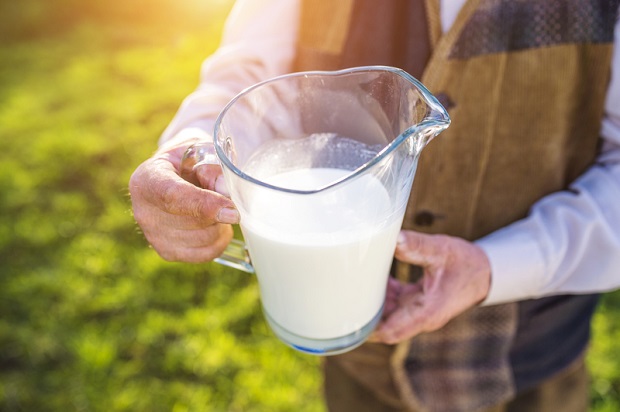 A year-round milk supply is one of the ultimate signs of self-sufficiency. These are the cows to consider.

Milk from a house cow, goats or sheep gives you a valuable resource you can use to drink, for cheese, and to make soap.

1. You will need good quality, food-grade, preferably stainless steel buckets and fridge to store milk in large quantities (only keep raw milk 2-3 days then use it or freeze it). Occasionally, you can find 100-litre milk vats on Trade Me from Winsam Farms in Northland.

2. For a year-round supply have two cows, one that calves in spring and one that calves in autumn. If you only want one cow, she’ll keep milking for 8-9 months of the year and you will need to store milk; it can be frozen for 3-6 months and thawed.

3. Depending on the breed (see below) you will be getting a lot of milk. Even if you make cheese every few days and/or have children to help you drink it, you will need assistance to use it up. Options include:

• share-milk with a calf (or two)
• feed leftovers to pigs (not poultry, which are lactose-intolerant)

4. Cows are easier to handle when in a routine and tend to only work for food. Training them as calves to be caught, led, tied-up and handled, especially around the udder, can make life a lot easier. However, food bribes can work well on adult cows.

5. Cows will deliberately ‘hold’ their milk, preventing you from milking it out. Keeping a cow calm and happy, especially if she is feeding a calf, helps. For example, the calf could be in a pen beside where their mother is milked.

6. If you are share-milking with a calf, you’ll have to separate them overnight once the calf is around three weeks old, otherwise it can drink your daily milk supply for breakfast before you get to it. Calves can spend overnight in a small area close to their mothers, as long as they can’t lean through the fence to feed.

These are some of the breeds traditionally used for milk production, with approximate daily milk production assuming a cow is on good quality grass diet, and milking for nine months (approximately 210 days) of the year. However, beef breeds can produce good quantities of milk: Far North beef farmer Ruth Renner successfully milked a purebred Angus house cow for several years, sharing production with the cow’s calf. 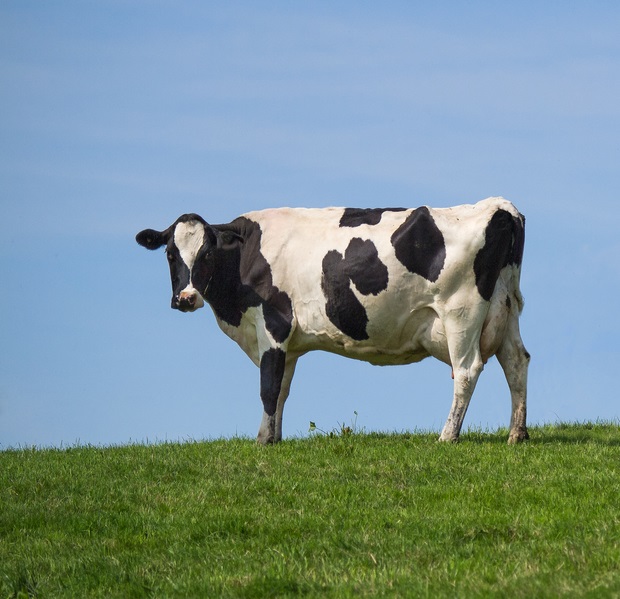 Friesian (Holstein Friesian)
Daily milk: 20 litres (average)
Yearly milk: 4000 litres
These black and white cows are New Zealand’s most common dairy cow, making up 45% of the national commercial milking herd. Its milk is also the highest in protein of the two main dairy breeds. The Friesian is a large cow, the biggest of the dairy breeds, reaching up to 500kg in adulthood or about the same average weight as a horse. The doe-eyed Jersey produces less milk than Friesians, but it is higher in fat which is great for cheesemakers.

Jersey
Daily milk: 13-15 litres (average)
Yearly milk: 2835 litres
The sweetest-looking cow and the second most common dairy breed in New Zealand, making up 15% of the national herd, and Jersey-crosses a further 28%. It is a much smaller cow, weighing 360-380kg, but has higher milk solids fat content than a Friesian, and produces more per kilogram of liveweight. Dexcel research has also shown Jersey cows are the most tolerant of the main dairy breeds to once-a-day milking systems. 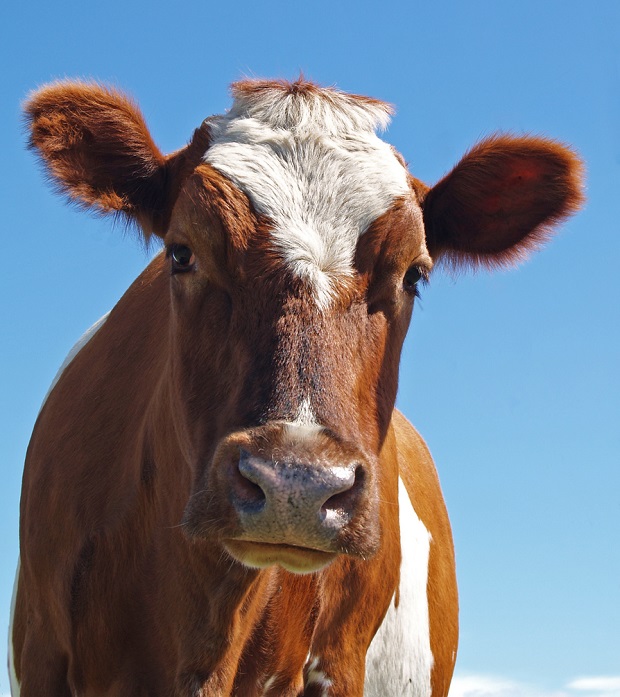 The Ayrshire was a popular house cow when it was first introduced into NZ.

Ayrshire
Daily milk: 16 litres
Yearly milk: 3400 litres (average)
This Scottish breed is an efficient grazer, and used mostly for cross-breeding into dairy farms, with Ayrshire and crosses numbering 108,000 in the NZ commercial herd. Known for its long-production life, tends to be white and brown mottled.

More stories you might like:
Everything you'll need to start beekeeping (PLUS how much it will cost)

Milking Shorthorn
Daily milk: 16 litres
Yearly milk: 3000-3600 litres
This is a separate type to the beef shorthorn and used to make up over half the NZ herd, until it was surpassed by the Jersey. There are still several thousand milking shorthorns around NZ, with impressive milk statistics, the national herd producing around 313kg milksolids each per year. Shorthorns are so-called for their short horns, are always red, roan or white in colour, and are renowned for being long-living productive cattle, with some of the NZ Society’s champion animals aged 11+ years. 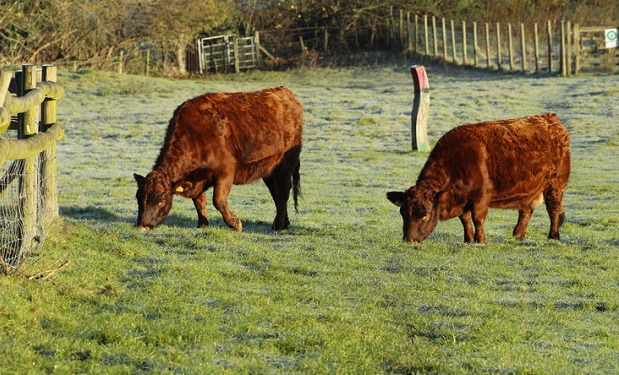 Dexter cattle are a smaller, dual-purpose dairy and beef breed.

Dexter
Daily milk: 8-10 litres (NZ Dexter Cattle Society)
Yearly milk: 1600-2100 litres
The Dexter is traditionally a dual-purpose breed, providing beef and milk in its native Britain for over 5000 years. The appeal of the Dexter for people on a small block is its size – around 1m high at the shoulder – with excellent feed-weight/milk conversion, and because they are lighter than many other breeds of cattle, they tend to do less damage to pasture and soil. Brown Swiss cattle (or Braunvieh) are believed to be one of the world’s oldest dairy cattle breeds.

Brown Swiss
Yearly milk: no figures available
Brown Swiss milk is renowned for having a close fat to protein ratio, making it ideal milk for cheesemakers. This very old breed – possibly the oldest in the world – is used in commercial dairy herds in NZ, and is known for its black, well-formed feet, long breeding and milk production period (12-15 years is common), its vigour, and docile temperament.

Red Poll
Yearly milk: no figures available
The Red Poll is another traditional dual-purpose breed, and has two advantages over others – it is naturally polled, and research has shown it is the next best milk to goat’s milk if someone has a lactose intolerance due to its small fat globules. The Red Poll is mostly bred in NZ as a beef breed, but in the UK it is often used in commercial herds, and is also milked, having good butterfat and protein levels (4.2% butterfat and 3.5% protein).

Highland
Yearly milk: no figures available
Highland cattle were originally bred to be the Scottish crofter’s house cow, and producing a rich milk even when grazing on low quality pasture. As with many of the beef breeds, it is able to produce enough milk for both its calf and its owners which makes great cheese and butter. It is actually one of the smaller breeds of cattle, although its horns (if you choose to keep them) take up a lot of room. It also can produce calves and milk well into its teens.

Other dual-purpose (beef and milk) cattle: