3 beautiful walks north of Auckland to explore this weekend Fancy a day trip away from the city? These three walks have birds, bush and beach all covered. 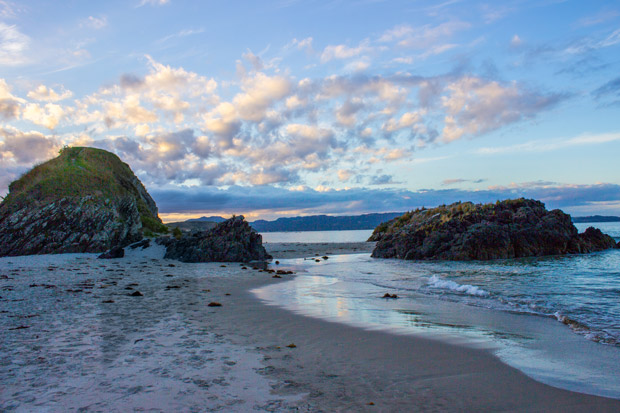 West End Track, Easy ~ One and half hours
North and South Coastal Tracks ~ three hours
Facilities: Two large car parks, toilets, an information centre and camping. The park has walking and cycling tracks.
How to get there: The park is clearly signposted from Warkworth on SH1. The total distance from Warkworth is 26 kilometres, five of which just before the park are unsealed, narrow and winding.

Covering 600 hectares, Tawharanui is Auckland’s largest regional park and comprises of a mix of rolling farmland, bushy gullies, tidal saltmarshes and sandy beaches. Covering most of the Tawharanui Peninsula, the vistas from the park out to the Hauraki Gulf are endless, with Little Barrier Island looming to the north and wooded Kawau Island just to the south.

In addition, most of the northern shore is protected by the Tawharanui Marine Park. Gently rolling hills make for easy walking, and the open terrain of the park affords constant gulf views from almost every point. The bush areas are quite small with patches of mature and regenerating bush confined to the gullies and coastline. However, the predator-proof fence makes this park a haven for native birds, including kaka that make the journey from Little Barrier Island and Tiritiri Matangi Island. Rare takahe have been introduced to the park and are usually spotted not far from the main car park at Anchor Bay. The park is also home to the only mainland population of Duvaucel’s gecko. Near the entrance to the park is the stunning sweep of Anchor Bay. North facing and sheltered from the south-westerly winds, this beautiful beach is an ideal base for two short walks, though the park is a maze of tracks and there is plenty of scope for those wanting a longer ramble. The dune area behind the bay is roped off in spring to protect the breeding ground of the New Zealand dotterel.

The most popular walk is a combination of the North Coast Track and the South Coast Track which together form a long loop around the entire peninsula. An excellent track, this wanders through bush, along cliff tops and down to the water on the southern side. The walking is easy, though the terrain is undulating with an occasional short steep stretch. It is worthwhile taking a short detour on the Tokatu Loop track to view rare prostrate manuka and to enjoy the spectacular views. This manuka is not a separate species, but a form that has adapted to exposed environments so that it grows parallel to the ground rather than its usual upright habit.

There a several linking tracks between the two coastal tracks, so this walk can be easily shortened.

In contrast the West End Track initially follows the beach, then a short section along the sturdy predator fence and then through wetlands and salt marsh to the car park. You are more likely to see birds on this track. One of Auckland’s most popular summer destinations, the 135 hectare Wenderholm Regional Park is the perfect combination of a safe sandy beach, beautiful native bush, a historic homestead and small park perfect for family picnics. Wenderholm (meaning ‘winter home’ in Swedish), was an earlier name of the historic house built around 1857 and now known as Couldrey House. The house is open from 1 pm to 4 pm on Saturday and Sunday all year round, and every afternoon between Boxing Day and Waitangi weekend (early February). There is a small fee.

Occupying a sandy spit between the languid estuary of the Puhoi River and the open sea, a long narrow park features wide grassy spaces overhung by magnificent old pohutukawa trees and sheltered from westerly winds by a bush-covered headland known as Maungatauhoro. Running along the southern boundary is the Waiwera River and both waterways are very tidal, the banks are lined with mangroves providing shelter and food for numerous small fish and aquatic birds. The Puhoi River is particularly popular with kayakers, an excellent way to experience the mangrove forest and the life it shelters which includes the reclusive fernbird and banded rail. Visitors may even encounter kookaburra as a small colony of these Australian birds still survive in the area from Governor Grey’s exotic menagerie on nearby Kawau Island.

More stories you might like:
Kiwis need to be more adventurous with their campside cooking, say the authors of The Camping Cookbook PLUS three gourmet camping recipes

The track through the bush begins behind the homestead, initially climbing steadily through mature native bush to a lookout. Tawa, kohekohe, taraire, totara, kowhai, nikau, kahikatea, tawa and rimu are all common, and with efficient predator control the bush echoes to the sound of native birds such as tui, kereru and piwakawaka. From the lookout on top of a crumbly coastal cliff is a fine view of the Hauraki Gulf.

Beyond the lookout the track is rough and frequently very muddy and you will need good footwear if you plan to go beyond the lookout. Dropping down to the estuary of the Waiwera River, the track continues along the river to the road and then back to the beach. An alternative that avoids the noisy road section is to take the track through the middle of the park up to a fine lookout over Waiwera, and then back to the beach on a steep downhill. Lookout: Easy, 45 minutes return
Te Haruhi Bay via the Lookout: One hour 15 minutes return
How to get there: From SH1 at Silverdale just south of Orewa, turn into Whangaparaoa Road and follow the signs to the very end of the peninsula. Park at the car park by the gateway through the predator-proof fence, a short distance south of Army Bay.

Just 40 minutes north of Auckland this 500 hectare park occupies the eastern tip of the Whangaparaoa Peninsula and is a great combination of beach, birds and bush. A mosaic of open paddocks and regenerating native plants, the bush mostly occupies the steep gullies and coastal margins, though there are a number of large old puriri and taraire trees.

More stories you might like:
Buller: What to do, places to eat, where to stay on the West Coast

The erection of a 1.7-kilometre predator-proof fence in 2010 along with the vigilant eradication of predators just outside the fence, has resulted in an explosion of native wildlife and along with common native birds as pukeko, tui, harrier hawk and kereru, avian visitors from Tiritiri Matangi such as kaka, hihi, korimako and kakariki are not unusual. The fence has allowed kiwi, North Island Robin and White Head to be reintroduced to the park while wading and migratory birds flock to the tidal beaches and wetlands.

The area just north of the park is still Ministry of Defence land, but within the park are several historic pillboxes constructed as part of an elaborate defence network north of Auckland. Pillboxes are low concrete structures, often partially dug into the ground and designed to house machine guns or antitank guns.

Following the Heritage Trail, the walk steadily climbs uphill through a deep bush valley, then open farmland, to the Lookout. The views are superb along the coast to the north, out to the islands of the Gulf and south to downtown Auckland. From here take the Lookout Track downhill to Te Haruhi Bay, a small sandy beach lined with pohutukawa. From the beach, the Lookout Track continues uphill, passing an old shearing shed built around 1900. The track re-joins the Heritage Trail, which then meets the fence, from where it leads back to the car park.

At the entrance to the park is Army Bay. North facing and sheltered from the westerly winds, this sandy beach is the best in the park. There is good parking at Army Bay and a few hundred metres further on by a small lake. There are toilets at Army Bay and at Te Haruhi Bay on the south shore of the park, as well as a small camping ground and the YMCA have a lodge here. The park’s name is not a spelling mistake, but recalls an early farming family with the surname Shakespear. 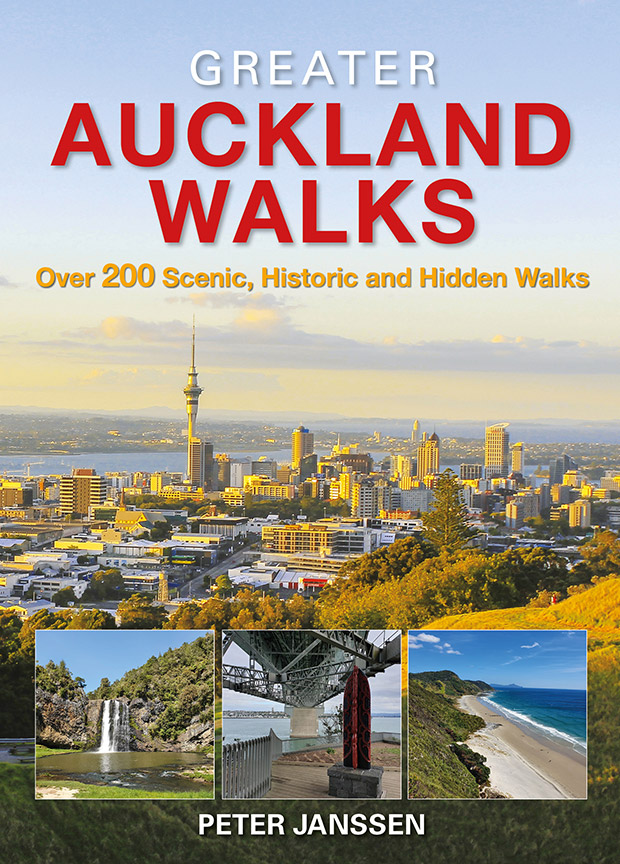