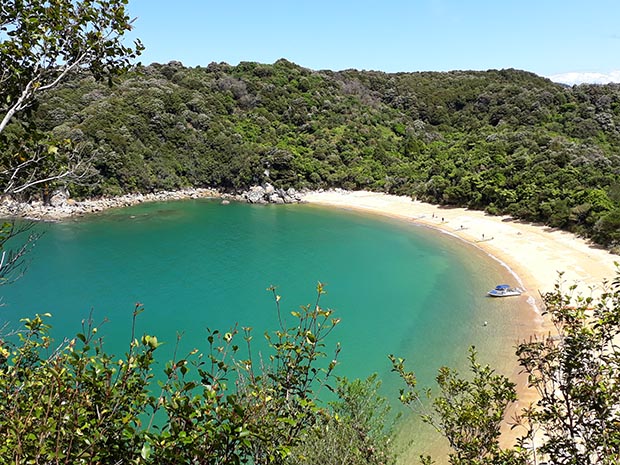 It’s impossible not to get tipsy on the Abel Tasman National Park. I don’t mean drink too much in the Abel Tasman, that’s not advisable, because sand-flies love beer-y skin. No, I’m talking about the sheer gorgeousness of this, New Zealand’s smallest and most visited national park. It’s a place so gob-smacking lovely it leaves me intoxicated: dippy with sun, sticky with salt water, with leaves in my hair and sand between my toes; like a strumpet on holiday. It’s so green, so blue, so peacock-hued I’m reeling, like a sugar-pissed tui after too many cherries.

The government had no interest in the idea of a national park when locals first started campaigning to protect the area. Dirty big roads and logging along the coast were planned and things could have been very different but people power prevailed in 1942, and once again in 2016 when a Give-a-little campaign bought into public ownership a slice of beach in Awaroa Inlet.
Here are some things I did not know about the Abel Tasman National Park but learned at the pub afterwards. And you know if a bloke at the pub tells you something, it’s a stone-cold fact. 1. Abel himself did not actually set foot in the area which now bears his name due to a misunderstanding about the friendliness, or otherwise, of firing canons at people. Under ye olde maritime law firing canons signalled coming in peace, as it took ages to reload them. Understandably perhaps, local Maori interpreted this differently. People died and Abel skedaddled without even getting his stockings wet.

3. New Zealand’s very first Olympic medal (a bronze in rowing at the 1920 Antwerp Summer Olympics) was won by Darcy Hadfield. Darcy grew up in Awaroa Inlet rowing an old 14ft clinker dingy across 35 miles of Tasman Bay for days. He was mocked resoundingly for his interest in rowing by his family because, as far as they were concerned, it was just a way to get from one place to another and not a sport. Plus, his brothers were much better at it than he was.

4. Visitors invariably leave one thing behind despite the Department of Conservation requirement to: “Carry out what you carry in”. Even DOC makes an exception for poo and 90,000 litres of it is taken out of the Abel Tasman every year by DOC, transported by barge (I don’t know where but it’s not my house) at a cost of $46,000 a year.

5. 95% of visitors don’t go any further into the park than 50 metres from the coast so the rumours of moa alive and kicking and hidden deep within could well be true. Moa are excellent eating, I hear. 6. There are only two safe anchorages in the Abel Tasman: one is in the lee of Adele Island (the island is a bird sanctuary) and the other is helpfully called Anchorage. With a tidal range of up to five metres and no wharf nor jetty anywhere, boaties best know where to park up, or risk keeling over.

After a day of kayaking and walking and smiling. It’s OK to get a bit emotional, New Zealand is flippin’ awesome. 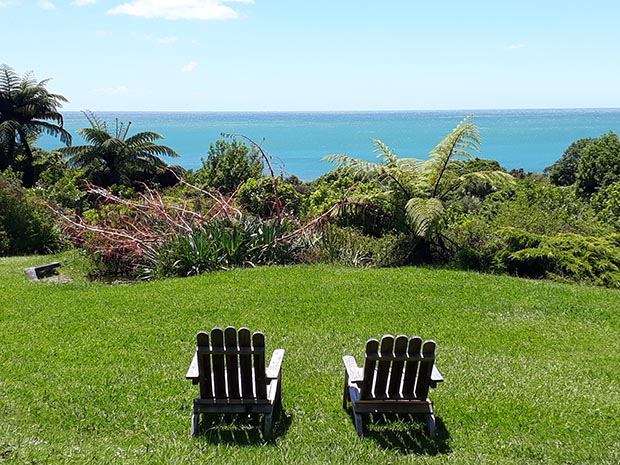 Coffee?
The Park Café at Marahau, at the start of the track, is a quirky place with regular open-mike nights, is the last chance for a real coffee.

Where to stay?
Within the boundaries of the park, Wilsons Abel Tasman lodges are unbeatable, meaning a three-day tour with them. $1400 per adult Nelson return, all inclusive. Or camp at the DOC hut at Anchorage, the most modern hut in the park, $35 a night.

Best advice?
Layering is the key as the weather can change in an instant. Don’t wear cotton, it gets cold then wet and takes a long time to dry. Layers of poly props, even when wet, stay warm. Take a polar fleece or a woollen jersey and a light windproof waterproof layer. Use sunscreen always, even when it’s overcast. Locals are super-friendly, even they do like to pull your leg about moa. 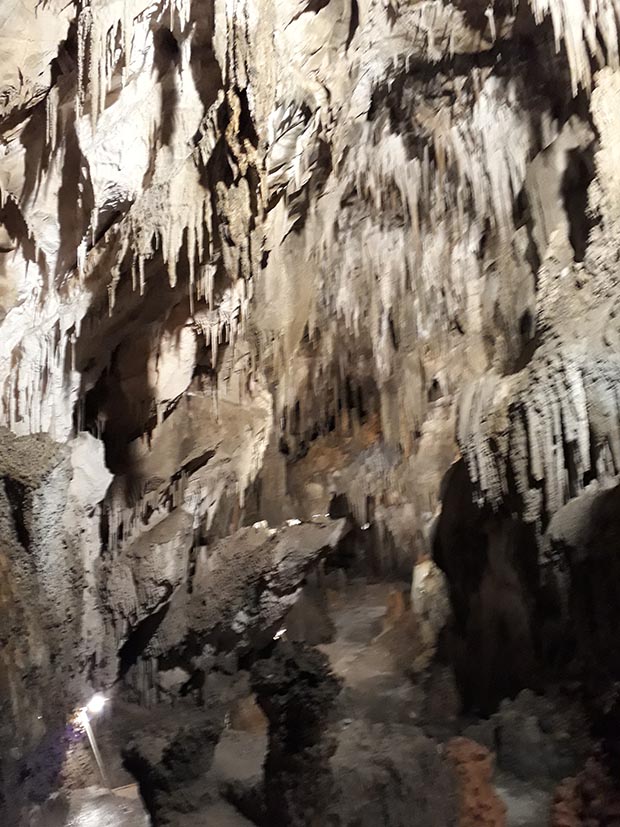 Time to spare while in the area?
Ngarua Caves in the Takaka Hill, while not as grand as some have stunning stalagmites and stalactites and a tour guide who’ll explain the difference and tell some dreadful-in-a-good-way dad jokes. Open daily during summer – bookings essential.

The Riwaka Resurgence, on the way to Takaka Hill is also worth a nosey. It’s the source of the Riwaka River and, apparently, the water is 1000 years old. It filters down through the limestone and marble of the hills, is absolutely freezing and exceptionally clean. It’s not a super big walk, so anyone who might struggle in the park can enjoy beautiful native forest. Five kms from Riwaka on the way to Takaka Hill. Where the road splits into two, take the well-signed Resurgence fork to the left.

More stories you might like:
Buller: What to do, places to eat, where to stay on the West Coast
Discuss This Article