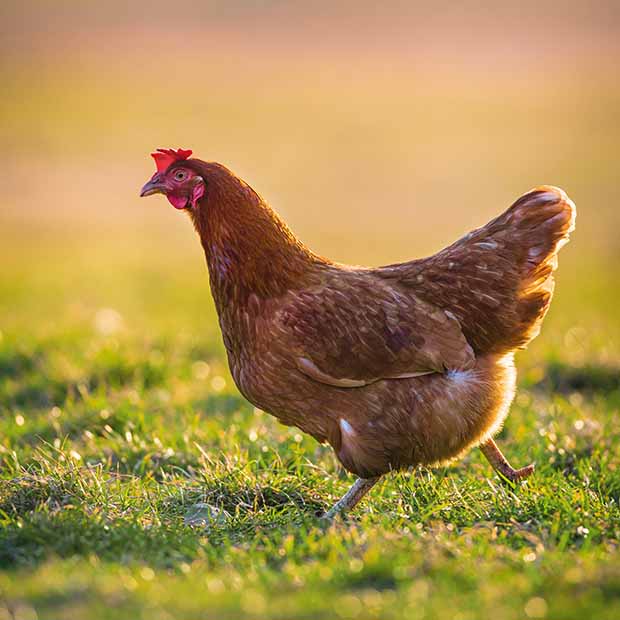 If your hens are feeling under the weather, it could be one of the three most common respiratory diseases.  Chickens with breathing problems can wreak havoc with your flock and are difficult to identify, but here are some signs to look out for.

IB can affect birds of all ages, and symptoms may vary according to their age. Chicks may huddle around a heat source, have wet, weepy eyes, and be off their food. Older birds may also develop swollen wattles. In laying hens, you’ll see eggs with soft, thin shells, rough or ridged shells, watery whites, a loss of pigment in brown eggs and a drop in production. Older birds will get kidney infections (white, watery droppings). There is often damage to the oviduct – this may cause a long period of recovery before they return to laying eggs. Growing pullets that have been affected in the ovaries may never lay. 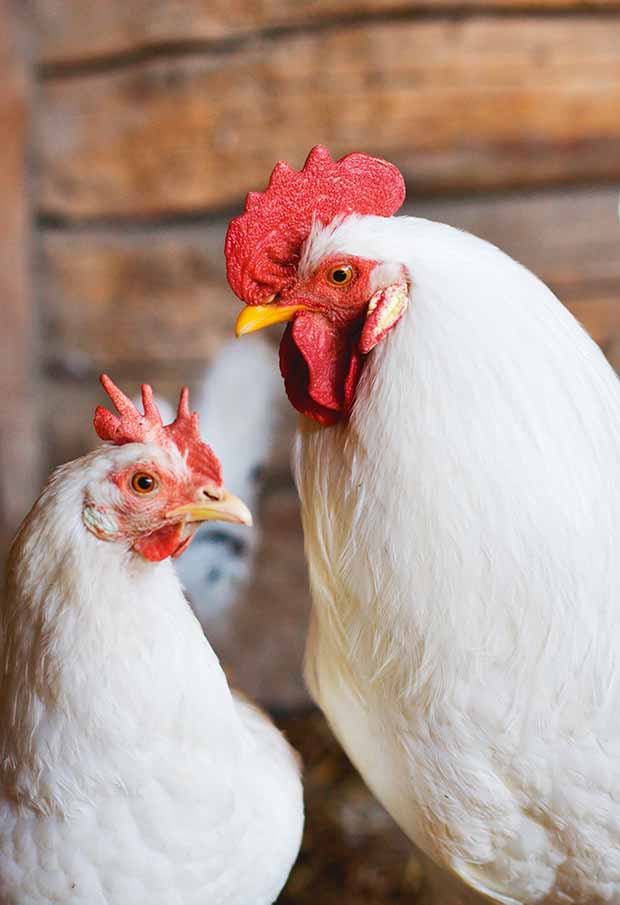 If you do a post-mortem, you’ll see yellowish cheesy plugs in the throat, pale, swollen kidneys, and fluid yolk or whole eggs in the abdominal cavity.
It can be confused with infectious laryngotracheitis, but it will be more widespread. Egg faults are similar to those caused by egg drop syndrome (EDS) but EDS does not cause runny whites.

Cause: spread easily from flock to flock via contaminated clothing, foot wear and used equipment, can survive on feathers and be blown in dust on the wind for up to 2km, susceptible birds may be affected over a wide area in a season as infection spreads through unvaccinated birds.

Treatment: IB is present worldwide and there are several different strains. New Zealand has its own strains and the most common is known as the NZ ‘A’ strain. There is a live vaccine available in commercial quantities (1000 dose vials). Almost all commercial flocks are vaccinated at least three times during the rearing period. 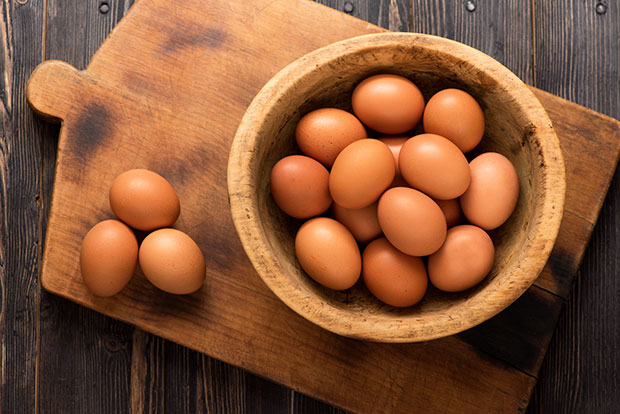 IB is a virus so there is no effective treatment. Supportive use of electrolytes in the water and keeping birds warm will help. Antibiotics can help prevent secondary bacterial infection.

Birds may take 6-8 weeks to return to lay but may produce shells of poorer quality than before due to oviduct damage. ‘Rescued’ commercial layers may succumb to a field strain of IB, even if they have been vaccinated during rearing. If birds recover, they should become immune but can become carriers. 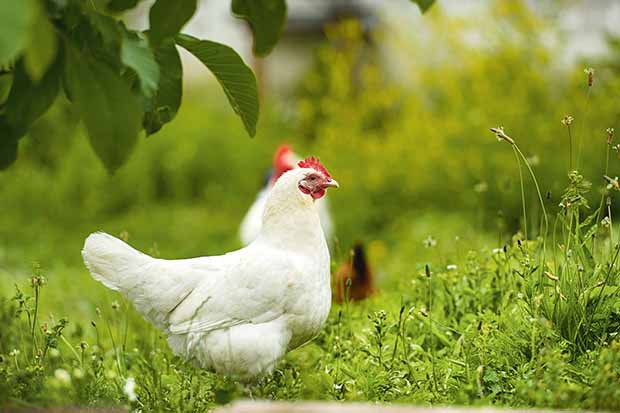 Other names: ILT, avian diphtheria
Incubation period: 6-12 days, can spread slowly and run through a flock over 2-6 weeks, most birds will die or recover in two weeks from developing symptoms.
Diagnosis: Laboratory verification, but if birds are coughing up bloody mucous, it is reasonable to suspect ILT, more common in older birds during winter.
Symptoms: affects the upper respiratory tract. A mild infection may show as watery, inflamed eyes, swollen sinuses around the beak and eyes, general un-thriftiness, and a drop in egg production. The acute form, more often seen in maturing birds, may be seen as nasal discharge and coughing which can result in bloody mucous on face and feathers, gasping for breath, stretching the neck out to breathe in and head on breast when breathing out, choking, gurgling, swollen sinuses, a drop in egg numbers and soft-shelled eggs.

ILT is most commonly found in flocks living in northern areas of NZ, north of Taupo

Mortality can be 10-20 per cent in mild cases, but up to 70 per cent in acute cases. ILT is a worldwide problem. In NZ, it is more commonly found in the northern areas of NZ (north of Taupo) than it is in southern areas, but the movement of birds between farms and to and from shows can further the spread.

More stories you might like:
How to tell when a persimmon is ripe PLUS and easy persimmon cake recipe 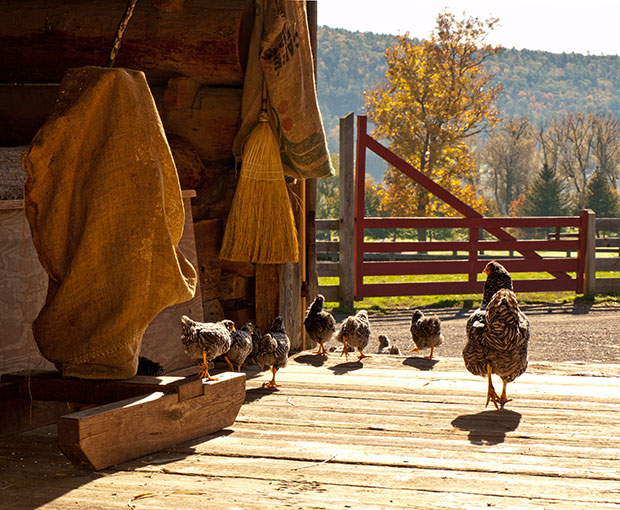 Cause: Carried by infected or carrier birds, on used equipment, and on the feet of rodents, domestic animals and humans.
Treatment: this is a virus so there’s no treatment except supportive care. Isolate affected birds in a warm but airy place, and offer electrolytes and extra vitamins along with feed and water. Work with your healthy hens first before interacting with sick ones, and then thoroughly clean containers, clothing and boots afterwards. Isolation of affected birds and thorough disinfection of housing, plus leaving housing empty for six weeks, is recommended. 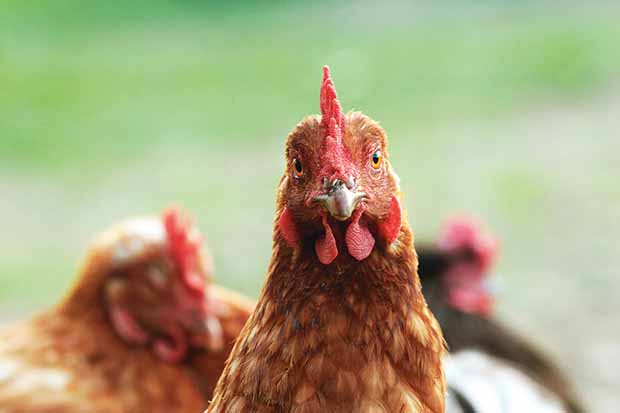 Cause: can be transmitted by the hen through the egg to the embryo, via the air, in contaminated feed and water, and from the environment, brought in on shoes and equipment, and by wild birds. More prevalent in cold weather, where there is poor air quality or crowding.
Treatment: can be treated with broad-spectrum antibiotics to relieve symptoms, but this will not eliminate infection.

Commercial breeder flocks are kept free of MG and regularly blood tested to ensure they are negative so if you buy commercial layer chicks or broilers, they will be sold MG-free. However, they are open to infection once exposed. Birds which test positive to MG can be more susceptible to other respiratory infections and are less efficient in terms of feed utilisation and egg production.

THE 5 RESPIRATORY POULTRY DISEASES NEW ZEALAND DOESN’T HAVE (YET)

There are other respiratory diseases which occur widely overseas that are not yet in NZ. Avian influenza, Newcastle disease, infectious bursal disease (IBD) and infectious coryza are fortunately not in NZ.  However, there is a chance that these diseases may arrive here one day. The biggest risks are that disease will enter NZ:

• via smuggled poultry or fertile eggs or in poultry products (eggs or meat) which are brought into the country illegally
• on shoes or clothing which
has been in contact with
infected poultry
• on used poultry equipment
• on ornamental objects which can contain feathers or stuffed birds. 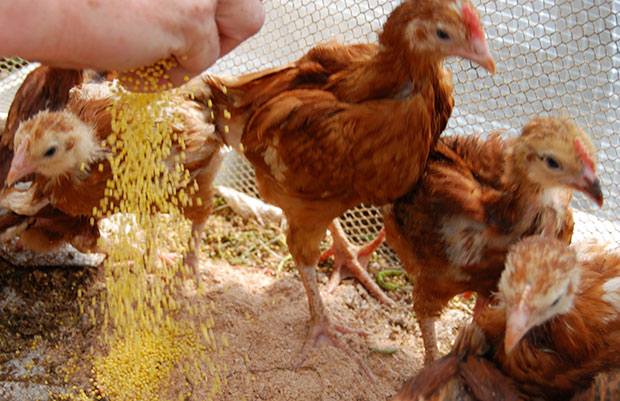 See xxLINK for where to get help if you suspect you have one of these diseases in your flock.

It is important to know the symptoms, and to get veterinary help immediately if you suspect your birds are showing signs of these diseases.

Also known as: parrot fever, psittacosis
Cause: caught when birds accidentally eat faeces or inhale bacteria, can be spread by wild birds, from a contaminated environment, from birds new to the flock showing no symptoms, stress (eg, transport, cold weather).
Symptoms: often shows no symptoms, runny eyes and nose, conjunctivitis, green to yellow-green faeces, fever, hunched appearance, loss of appetite, weight loss.
This can be a problem in aviaries where poultry and quail are kept along with budgies or other members of the parrot family.  Chickens, out of all birds, are more likely to be asymptomatic, but will be shedding the bacteria that causes it. It is also transmissible to humans. Symptoms: nasal discharge, sneezing, swelling of the face under the eyes, loss of egg production.
A lot of people look up respiratory diseases online and think their birds have this bacterial infection. However, infectious coryza has not been found in NZ yet. It isn’t as deadly as the other three diseases. The best way to get rid of it is to cull all birds that get infected.

Also known as: Gumboro disease
Symptoms: diarrhoea, anorexia, depression, ruffled feathers (especially around the head and neck)
This is highly contagious, causing a high mortality rate in chicks from 3-6 weeks of age, but has been observed up to the age of 16 weeks. It causes immunosuppression, allowing a multitude of other diseases to cause problems. 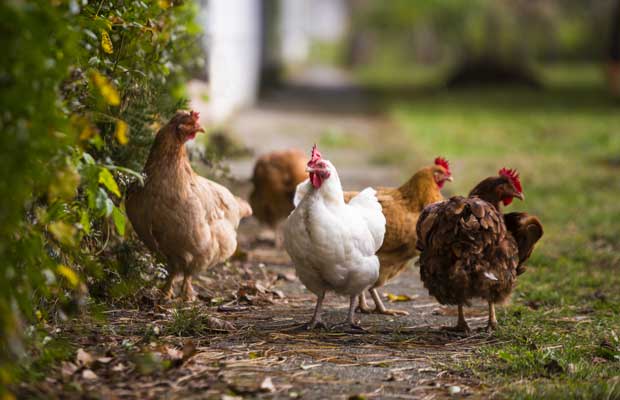 Other names: avian flu, AI, fowl plague, bird flu
Incubation period: from a few days to a few weeks, spreads rapidly through a flock in 1-3 days
Diagnosis: needs to be confirmed by laboratory diagnosis, can be confused with acute fowl cholera, infectious laryngotracheitis, infectious bronchitis, Newcastle disease
Symptoms: highly contagious, will affect all the flock, any age. Sudden death, often without previous signs, severe depression, coughing, sneezing, watery eyes, birds huddled in groups, ruffled feathers, loss of appetite, weight loss, drop in egg production, soft or shell-less eggs, skin haemorrhages, bloody nasal discharge, greenish diarrhoea, darkened head, comb and wattles, swollen eyes, loss of co-ordination, swollen hock joints, paralysis of legs.  At post-mortem, in the mild form, there are no obvious signs except sometimes a cheesy plug in the sinus, throat or air sacs. In the severe form, there will be reddish blotches (haemorrhages) over the inside of the intestinal tract, ovaries and abdomen fat, and there may be fluid beneath skin on the face and a loose gizzard lining.

Cause: spread by bodily discharges from both wild and domesticated birds, carried on manure, equipment and the feet of insects, birds and animals (cats, dogs, rodents). Can be spread by migrating birds but luckily, because of its rapid spread and high mortality, affected birds migrating tend to die before they reach our shores thanks to the long distances involved.

Treatment: this is a serious disease that can cause infection in both humans and other animals. There are specialist antiviral drugs for humans.
For birds, it’s irrelevant as all poultry within a certain area would be culled in a NZ-wide emergency response to prevent its spread. If you suspect bird flu, it is vital to talk to your vet or call MPI’s 24-hour hotline immediately (0800 80 99 66). 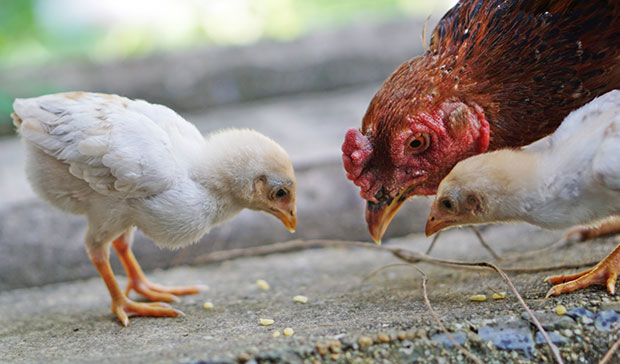 Cause: spread by smuggled poultry products, on clothing or footwear, or from migratory birds. The virus is commonly found in manure and spread by inhalation.
Treatment: there is no treatment for ND. The virus can be easily destroyed by heat, treatment with viricidal products, and exposure to sunlight for 30 minutes.
Positive reactions to ND are occasionally found in blood tests on commercial birds in NZ and Australia, associated with a very mild, non-disease-causing strain. A strain associated with a vaccine illegally imported into Australia caused much concern a few years ago. The disease is endemic in South America, Asia and parts of Europe, and is starting to become more prevalent in the Pacific islands.  If you suspect ND, it is vital to talk to your vet or call MPI’s 24-hour hotline immediately (0800 80 99 66 ).

How to use the sick chook checklist

Signs of a healthy hen