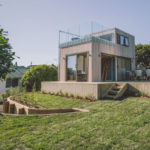 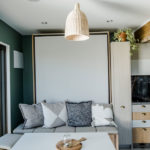 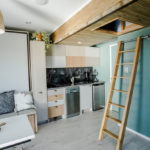 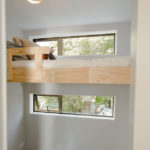 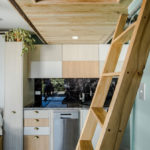 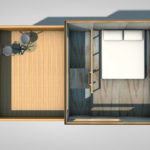 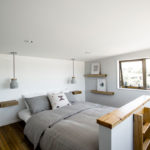 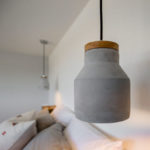 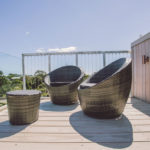 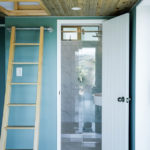 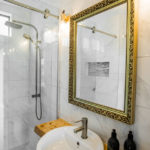 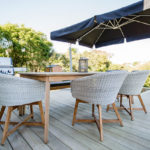 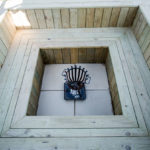 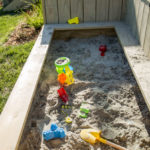 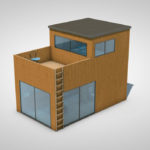 An innovative 35sqm house in Raglan might be small in space but it’s big on design features.

For young couple Jacson and Dominique Kluts their 35 sqm tiny house is practically palatial. This dream holiday space was initially a tent on the small bare Raglan section purchased on the day they got engaged. The first upgrade was to a retro caravan, just big enough for them and their two-year-old daughter Lilia. Building a tiny home – with Amazing Spaces host George Clarke no less – seemed like the logical next step. 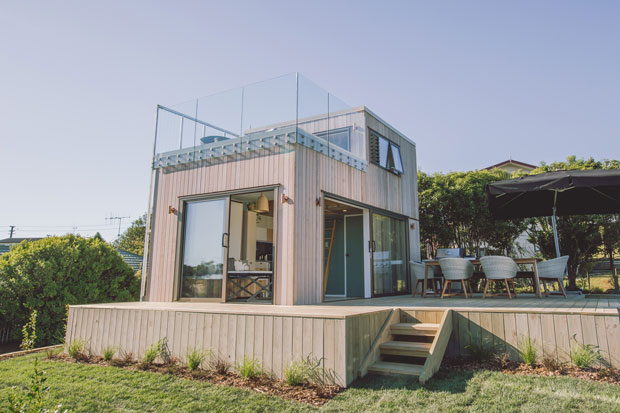 The exterior of the completed tiny house.

The Kluts star in a six-part Mitre 10 online series with George guiding them through the design and construction of a tiny home. A functional tiny home comes down to the planning, says George.

“The design stage in any house is absolutely crucial but even more so when you’re creating a tiny house. 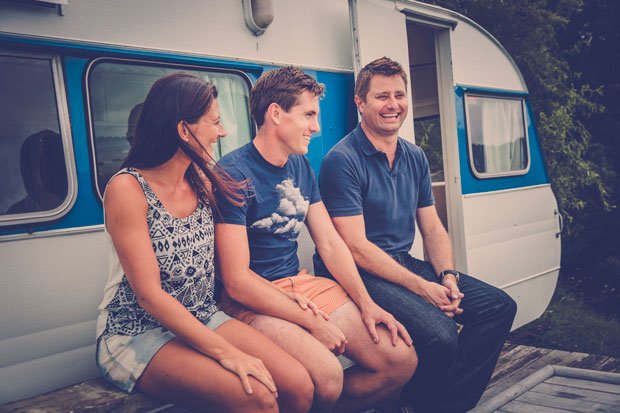 “You’ve got to start thinking big in a tiny house. You’ve got to think creatively about every single space and how it’s going to work. But small really is beautiful.”

The Kluts completed tiny house features innovative spaces. A ladder with a trap door at the top, like something seen on a pirate ship, leads from the lounge to the master double bedroom with a deck with views of the water. 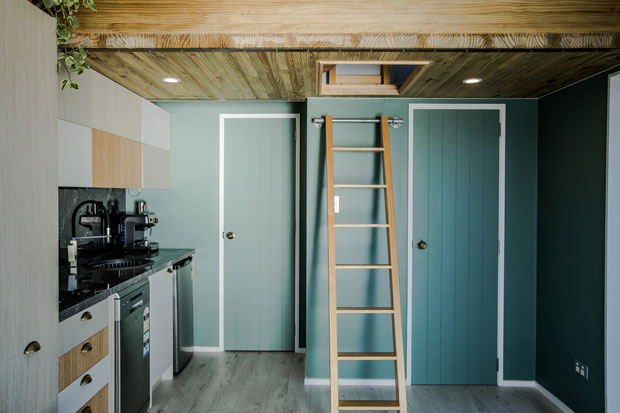 Ladder leading from the kitchen and lounge to the master bedroom.

Storage is a important so the lounge and bench-seating includes hidden storage.

“We’re mixing between houses and caravans with the design, but caravans are very good at reusing space,” says Pacific Environments Architect Tane Pratt in Episode 2. 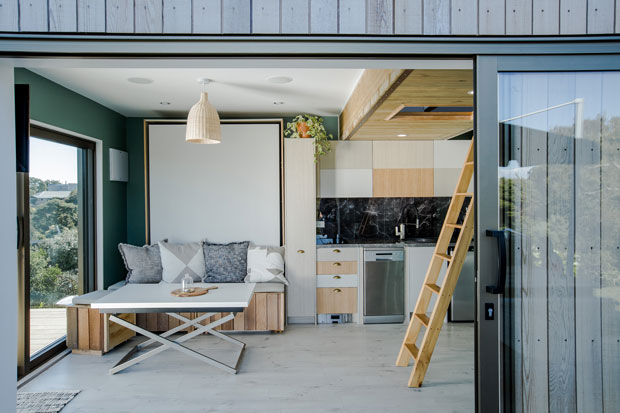 The seating in the lounge features hidden storage.

The ground floor also holds a kitchen, full bathroom with a walk-in shower and a bunk bedroom for the two kids.

The original plans had to be modified slightly when Dominique realised she was pregnant with the couple’s second child. Architect Tane increased the footprint from 25sqm to 35sqm. 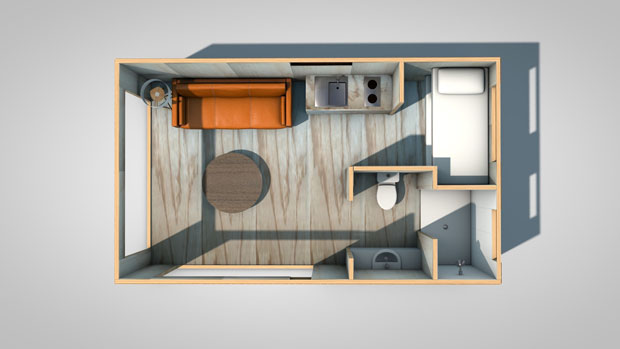 Plans of the downstairs.

Construction took a year and happened inside an aeroplane hangar to allow building to continue during the winter. The house has cedar cladding and is 4.2m at its highest point.

“It still seems like a dream. I love coming here; it is luxurious with the tiles in the bathrooms and the really nice fittings,” says Dominique

“The design choices we’ve made don’t make it feel like a tiny house. We didn’t imagine it to come together like this and be as beautiful as this. I’d definitely encourage people to do a tiny house,” she says. 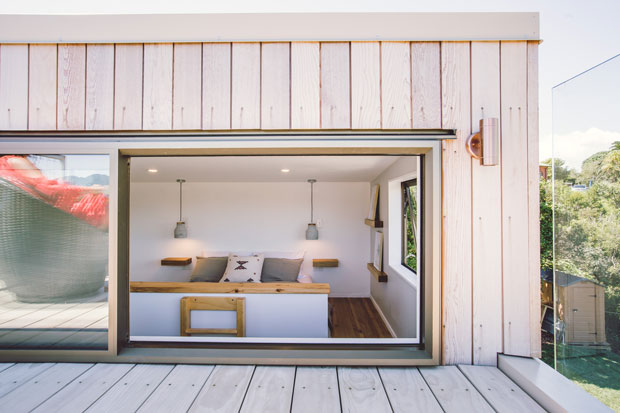 The master bedroom and deck upstairs.

Although he’s seen many amazing spaces in his line of work, George was very impressed with the finished design.

“What an amazing project to be part of, it’s such an inspirational finish.

“They’ve’ got themselves something to be truly to be proud of. And you know what, I’m proud of them too.

‘10 lessons I learned living in a tiny house’ 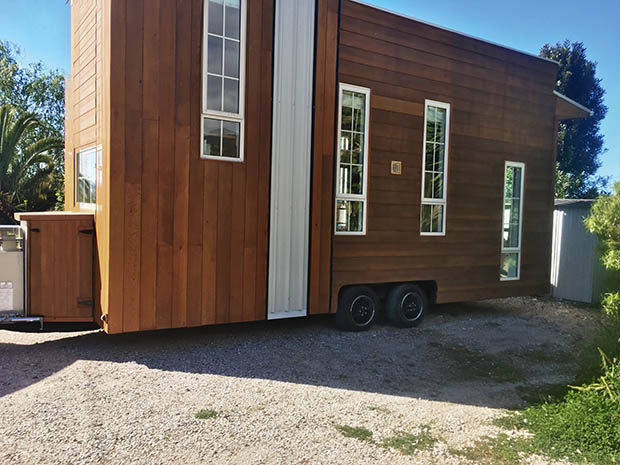 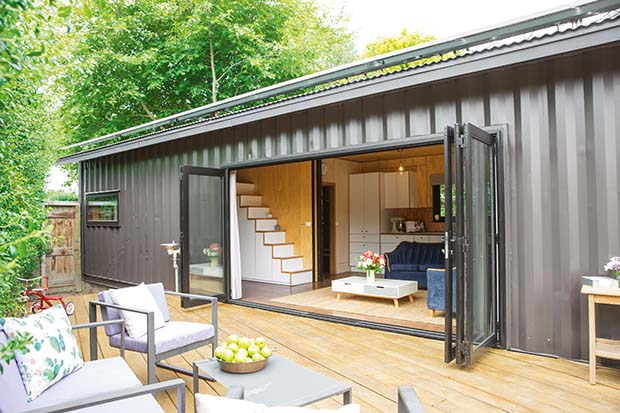