4 of the best places to eat in Gisborne


There’s something about Gisborne that makes visitors forgetful. Not in a “did I leave the hairdryer on?” way; this forgetfulness is more “oops, I forgot to leave”. Perhaps it was the salt-sweetened breeze? Maybe they became used to the sand in their shoes, the golden sunrises and the bottomless barrels of excellent wine?

Whatever the reason, this is a place where visitors become locals, and the locals friends. Here are four places to eat in the sun-soaked city. 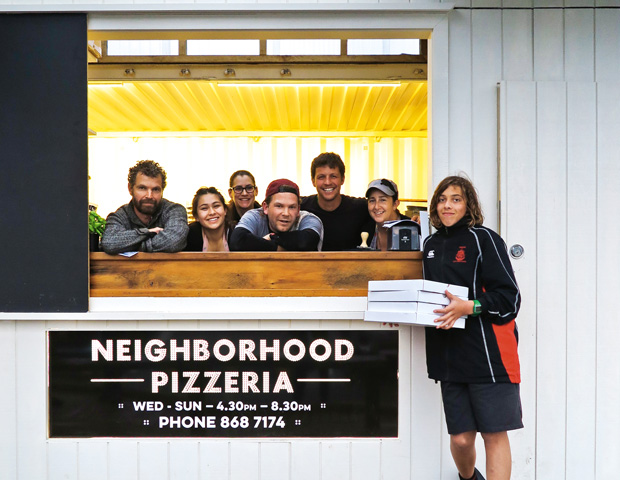 It might be one of the smallest kitchens in the country but the team at Neighbourhood Pizzeria have pizza creation down to an impressive dance. They twist and twirl around each other, man-handling dough, dicing vegetables, building boxes, scooping pizzas and taking orders – and all from the inside of a converted shipping container.

The Campbell family are dominant in the Gisborne food scene, with Frank and Albie’s and the Gisborne Wine Centre all within the fold. But Marcel Campbell has carved out his own little niche on a vacant grassy lot next to the Ballance Street Frank and Albie’s. “There was nothing good about pizza in Gisborne so I thought we’d better vibe it up. We set up the shipping container on a patch of grass and the locals loved it so much that we had to extend,” says the pizza maestro. Expect a queue from opening at 4.30pm to close at 8.30pm – this is the place to stop after a long day’s work, if the kids are calling for takeaways or if the kitchen just isn’t the place you want to be. The specials change weekly and showcase the best produce from neighbours such as Waimate Cheese or the butcher next door. Don’t miss it. 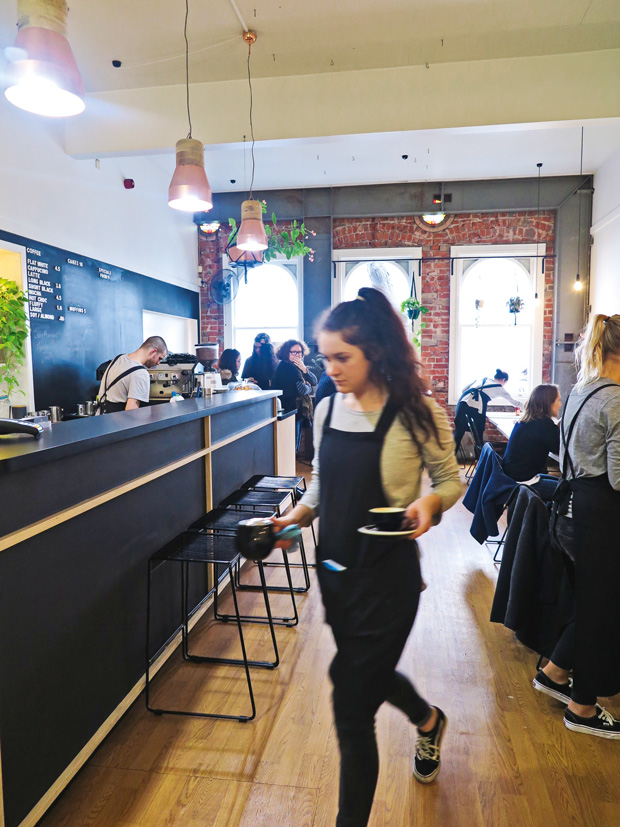 Located right next door to big brother USSCo, Flagship Eatery is one trendy little café. Focusing on the local, the healthy (ish – there is still cake) and the delicious, this is where the in-crowd gather for long leisurely breakfasts that may turn into lunch. The homemade crumpets have a fan club – the recipe even published in Cuisine magazine – and the creations often have to take part in social media photo shoots before being tucked into.
Don’t arrive on a tight deadline; it’s not possible to book a table so there may be a wait. But that’s OK. Take time out to smell the flowers (literally, there’s a flower stand within the eatery) or wander up the road to PBC to kill some time. Get in early to try the Steamed Bao Buns, they’re in high demand. A local catch cooked at USSCo

Once the home of the Union Steamship Company, USSCo Bar & Bistro is a stylish addition to the Gisborne food scene. Head chef and owner Thomas Boyce (alongside wife Christine) updates the menu daily, a luxury possible thanks to a wealth of fabulous local produce. Ask for the specials but don’t overlook the Vietnamese Duck Pancake – it will ruffle feathers in the best way possible. With a wine list that winks suggestively and stellar service, USSCo has all of the ingredients for a memorable evening out. Book in advance to avoid disappointment.
Stumbling over the name? The pronunciation seems to vary but the most common is osss-co. Smash Palace is the type of bar that could only exist in New Zealand. It’s simultaneously bonkers and brilliant. There’s a DC3 plane out back (because why not?) The music is loud and often live, the beer is cold, the pizza blow-torched and the décor is insane. The bar is tucked away in the industrial quarter, located slightly out of the city centre, which is probably for the best…

This is an extract from the 2017 edition of the Insider’s Guide to New Zealand. For more on interesting and unusual things to do around the country, pick up a copy of The Insider’s Guide 2018. In stores now or available from thisnzlife.co.nz.