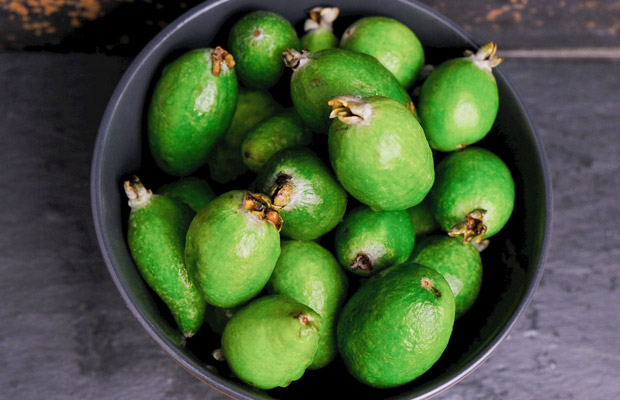 Make the most of feijoa season by using every bit of them.

Feijoa skins have a very tart flavour but can be used in a number of sweet and savoury dishes. Try a few pieces of skin in your next smoothie for an intense hit of feijoa flavour.

If you only eat a few feijoas a day, put the skins in a bag in the freezer until you have enough to make these recipes: 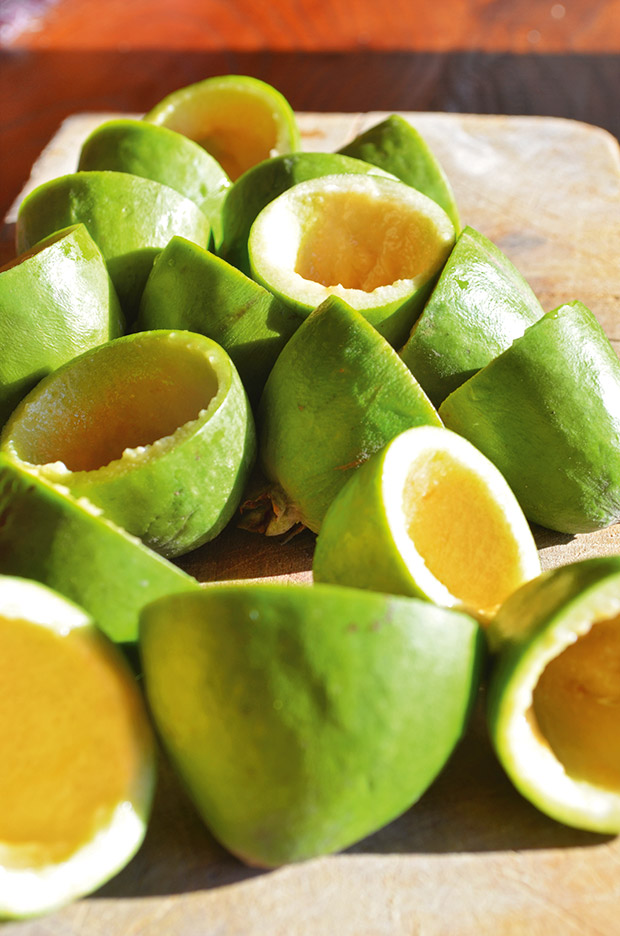 These pickled skins are reminiscent of pickled watermelon rind, a much-loved condiment in the southern US. You can use this pickle on meats, as part of a cheese board, in a salad, or even wrapped in bacon as a canape.

The day before you make the pickle, mix the salt and four cups of water in a bowl. Add the feijoa skins and refrigerate, covered, overnight.

The next day, drain the skins. Combine the sugar, vinegar, mustard seeds and the chilli flakes in 1½ cups of water in a large pot. Bring to a simmer over a medium heat, then turn the heat to low.

Add the lemon slices, cinnamon, cloves and peppercorns to the pot of syrup and simmer for 15 minutes. Add the feijoa skins and simmer for another 15 minutes, then turn off the heat and let it cool for a short time.

Ladle the skins into glass jars, then top with syrup until the skins are completely covered. Leave at room temperature to cool, then screw on the lids. Refrigerate. The pickle will keep for 6-8 months in the fridge.

If you’d like this pickle to last longer:
• add the skins, then syrup into sterilised jars. Screw the lids on gently.
• put the jars in a roasting tray of water – the water level needs to be at least halfway up the sides of the jars – and simmer for 45 minutes.
• remove from the water bath, tighten the lids, then let them cool.
• store in a cool, dark place.

This method means the pickle will last for up to a year. 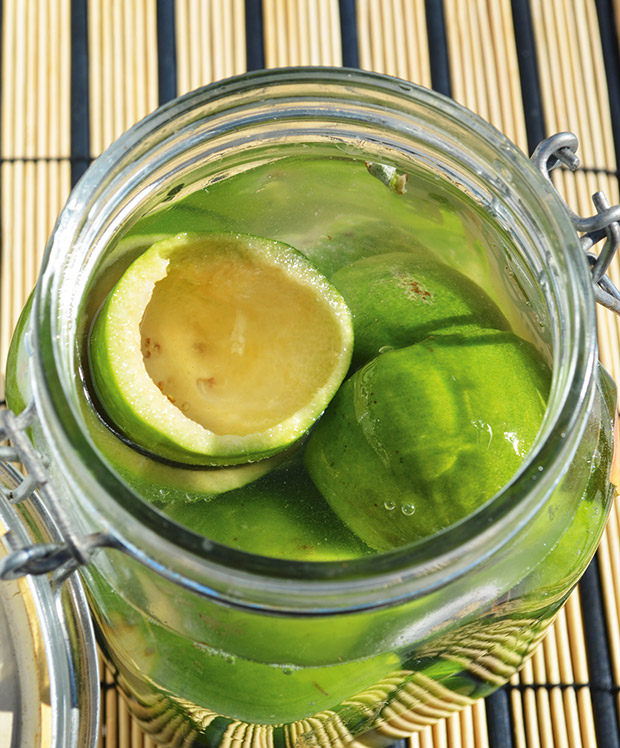 The yeasts naturally present on the skin of a feijoa (the slightly dusty white covering) help ferment the skins in this recipe, creating a refreshing, tasty drink.

Loosely fill a 1-litre jar with feijoa skins. Add the white sugar and cover with water. Close the lid securely.

Leave the jar in the sun or a hot water cupboard for at least two days. The liquid should turn slightly fizzy.

Strain the liquid, discard the skins, and pour into a 750ml glass bottle. Add the brown sugar and top up with water. Leave in the sun for one more day.

Chill for a few hours, then enjoy this naturally-fermented (but not alcoholic) fizz. 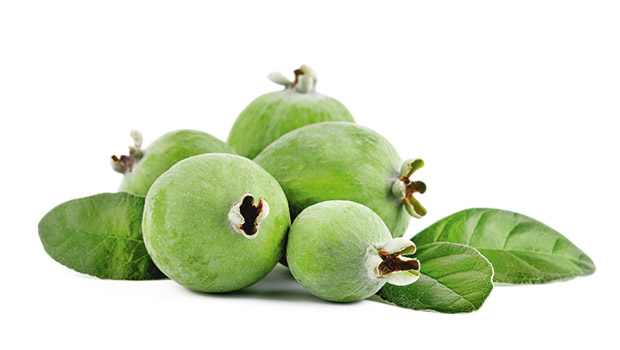 If you don’t have time to wait for a ferment, you can make a still drink in a matter of hours. This simple recipe is really refreshing and one of my family’s favourites.

Time: 5 minutes (not including steeping)

Put a few feijoa skins in a bowl and add 1 tsp of sugar per whole skin. Cover with boiling water, approximately half a litre per skin.

Leave to cool, then refrigerate for 4+ hours. Strain out the skins. This can be drunk within a few hours, but the longer you leave it, the stronger the feijoa flavour. The skins of soft, ripe fejias are best for this recipe.

Melt the butter in a pot. Add the sugar and eggs and mix gently until combined. Mix in the vanilla essence and feijoa skins.

Sift the flour, salt, nutmeg and baking powder. Add to the wet mixture, along with the pistachios. Fold the mixture together until the dry ingredients are incorporated, but be careful not to overmix it.

Place in the oven and bake for 20 minutes or until the muffin centres spring back when touched. 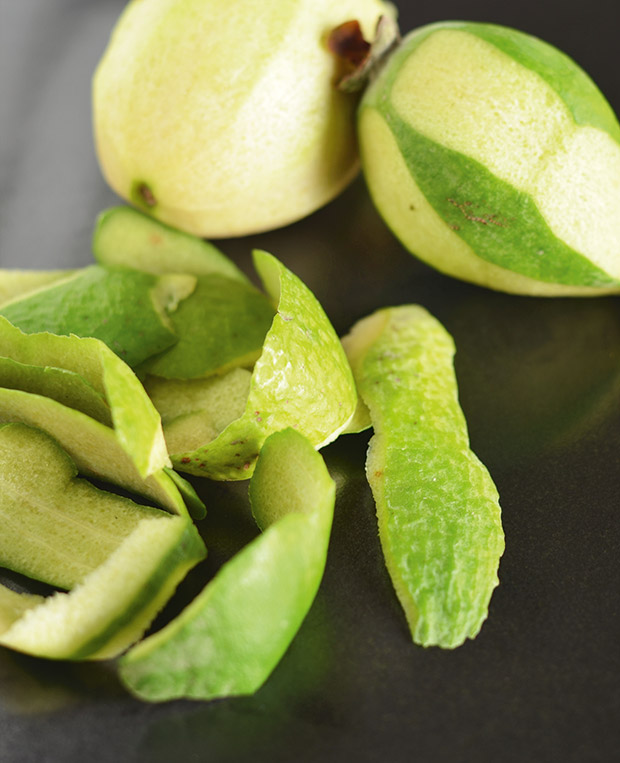 • Chop skins into thin strips or small pieces. Add to a pan with honey and boil until it thickens to a syrup. Pour into a jar to use as a marmalade-like spread, or tip it over a cake.
• Alternatively, keep boiling longer until the honey is a rich caramel-brown colour. Spread out the strips to cool, then eat as a toffee.