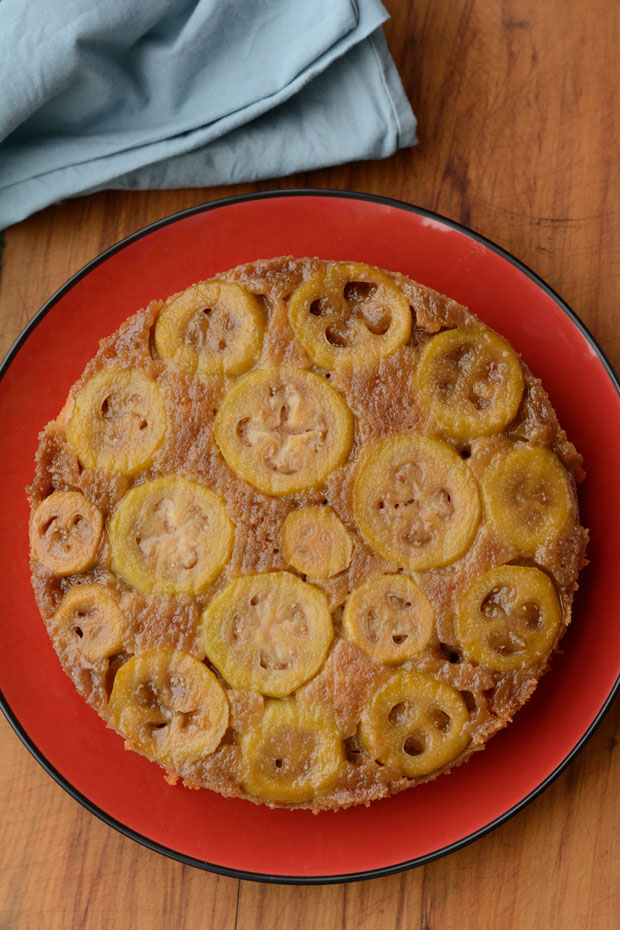 Kristina Jensen’s gooey upside down feijoa caramel cake is the autumn cake you’ve been waiting for.

Here’s my recipe for Topsy Turvy Cake using feijoas. My son Nik (now 28) named an upside down pineapple cake ‘topsy turvy cake’ when he was about 4 years old and the name has stuck ever since.

This cake can be made with any fruit, but feijoa is the favourite in our family. It doesn’t use loads of feijoas but if you want to get rid of a glut, it can be made in a shallow rectangular tray which then uses more fruit and makes a thinner sponge on top. This option means you will need to double the caramel recipe below, use 10-15 feijoas, and bake it for about 30-35 minutes.

You will need:
a 22cm springform tin
baking paper cut to fit in the bottom and up the sides in one piece ( to stop the caramel dripping out onto the bottom of the oven and burning)

Line the tin and peel and slice the feijoas.

To make the caramel, put the butter and sugar into a small pot and heat until simmering. Whisk for 2 minutes until it just starts to peel away from the sides of the pot. Quickly spread out in the bottom of the springform tin using a spatula. Place the feijoa slices onto the caramel.

Cream the second lot of butter and sugar together until smooth, followed by the eggs, one by one. Add the sour cream or yoghurt and beat or whisk in until smooth.

Sift the dry ingredients together into a separate bowl and then fold into the wet mix.

Pour over the feijoas and caramel and bake for 45-50 minutes until a skewer comes out clean.

Let the cake sit for 15 minutes and then release the springform ring. Place a plate over the cake and flip it over, then carefully remove the base of the tin and the baking paper. 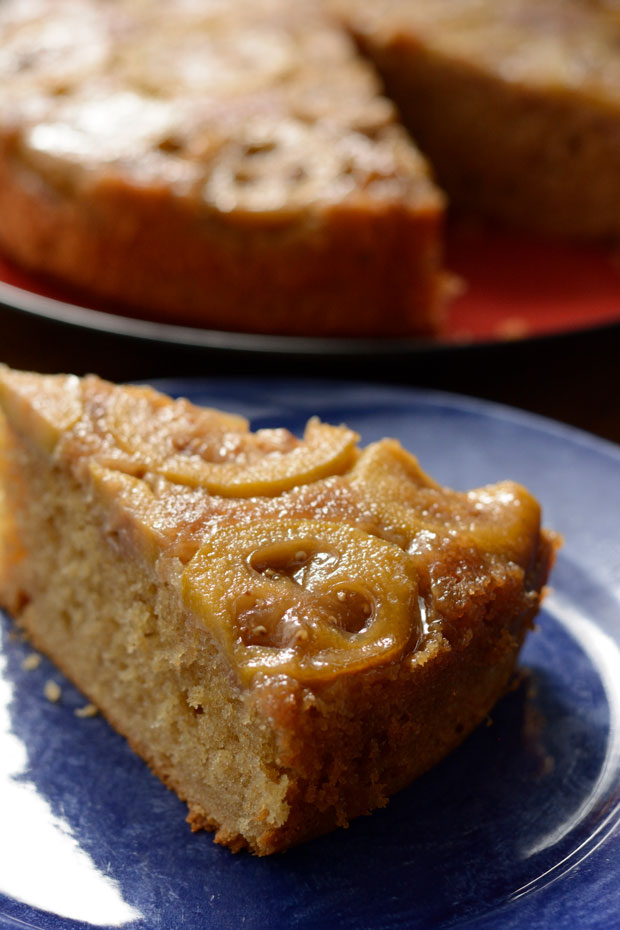