Serial entrepreneur Pic Picot has learned that nothing pays better than peanuts.

The future of Pic’s Really Good Peanut Butter lies behind a wire security fence on a dusty construction site outside of Nelson. It doesn’t look promising but the company’s owner Pic Picot is a man with big plans and it’s clear he can see what others cannot. The concrete slab walls and steel framing that take up part of the site mark the small beginnings of a factory complex capable of producing more than $50 million worth of peanut, cashew and almond butter a year. 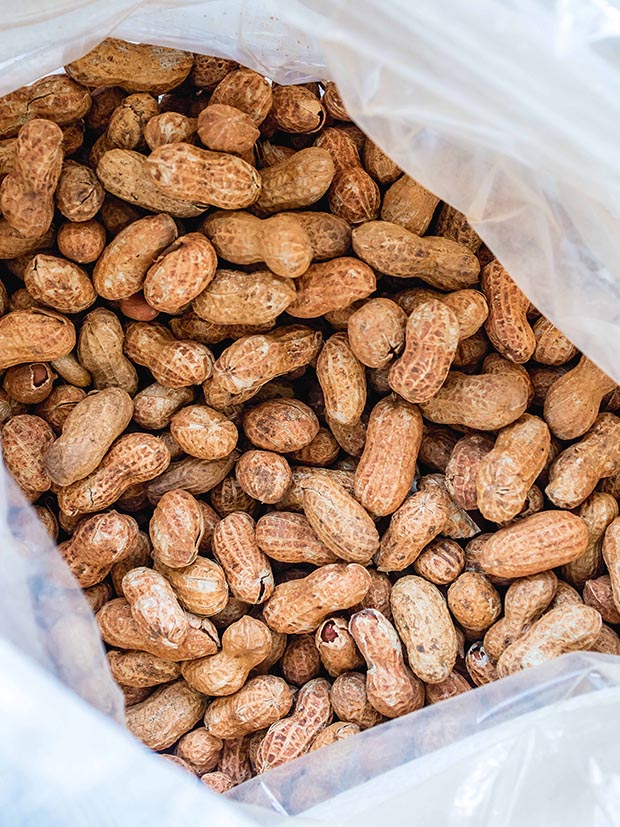 It will be his fifth factory in a decade. His first was a garage fitted out with a concrete mixer and bench-top grinder. He made 400 jars in that first year, now he turns out 3.5 million. His company has won numerous food and business awards (it’s twice made Deloitte’s Fast 50 index of fastest growing companies) but for concrete evidence of his achievement nothing beats a visit to his construction site in Stoke. Pic Picot is fully immersed in the project. He’s an ideas man; a creative type who exudes enthusiasm from the soles of his stylish sneakers to the tips of his affable whiskers. Which is to say, he does a fine job of drawing plans in the air while pacing the boundary fence of his future. 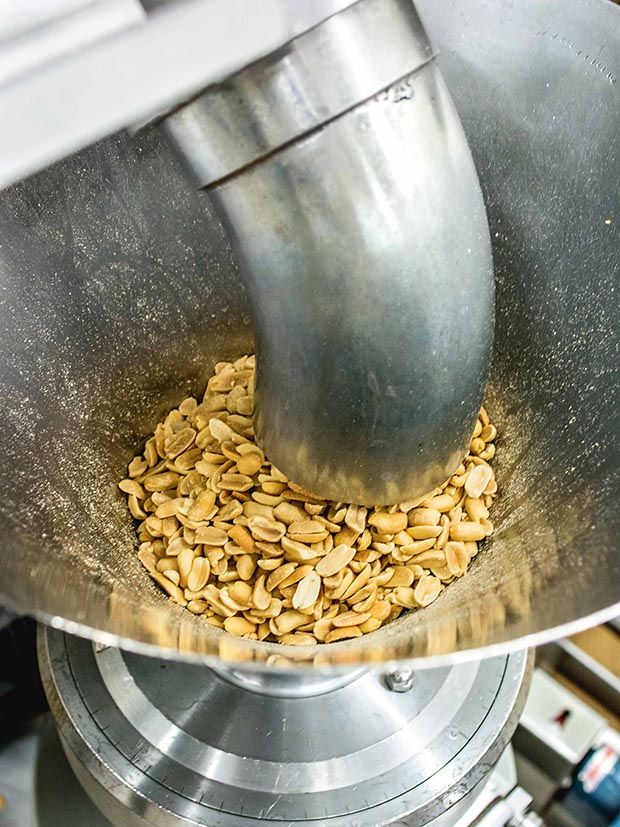 Pic’s World of Peanut Butter will be more than a factory. Think attractive landscaping with plenty of car parks, sunny offices, an enormous warehouse and a high-speed production line with a viewing gallery from which visitors can see peanuts being freshly roasted and lovingly squished into jars – just as it says on the label. There’s no secret to making good peanut butter.

It’s all about the quality of the nuts, the freshness of the roast, the warmth of the grind and the fact that nothing is added (except a smidgeon of salt when it’s called for). It’s a good story – and very visual – which is why the Willy Wonka of nuts has always welcomed visitors.

“When we first started the factory tours, the [production] boss said, ‘Oh we can’t have that. They’ll see how we make everything and people will rush off and start peanut butter factories.’ But we’re well ahead.

Someone would be taking a real risk to set up something our size in New Zealand.” 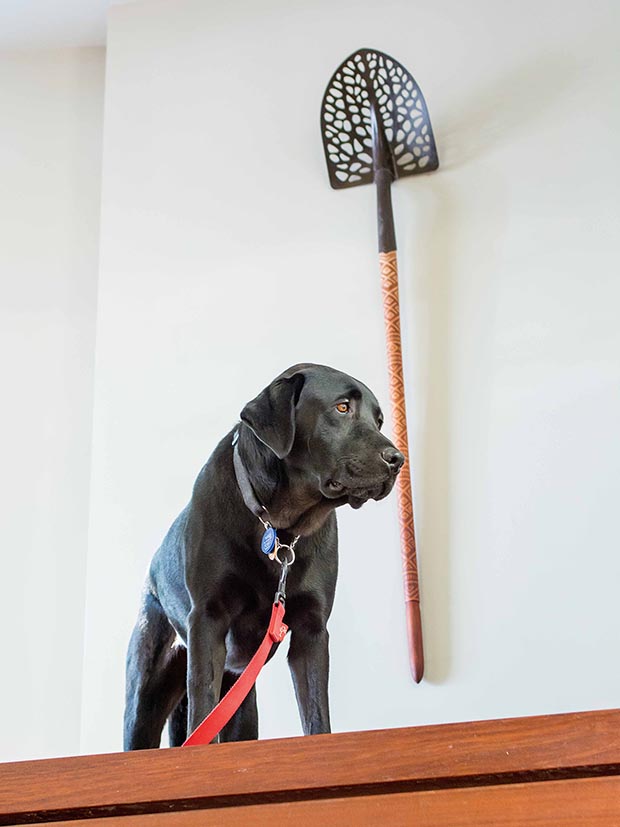 His own strategy has been growth by stealth. It seems the competition never saw the minnow approaching. Who would have thought an artisan spread made in Nelson could challenge the dominance of mainstream brands like ETA and Kraft? And yet Pic’s Peanut Butter, which is 50 per cent more expensive, is now New Zealand’s number one brand in the category by value. Not only has the whole category grown as a result but Pic’s range has led the trend towards healthy nut butters: those with no emulsifiers, reduced salt and no added sugar. The business has been profitable since day one and grown steadily since Pic tipped his retirement fund into what was originally a hobby. Total revenue for all products is now about $15 million including exports, which account for 30 per cent of production.
He reels off the figures and then stops in mid-flight.

“I’m amazed at how much we sell. In New Zealand our sales grew 25 per cent last year. I would never have believed people could get so passionate about a grocery item.” Pic grew up alongside the grocery business – his family established Progressive Enterprises – but Pic found it all “incredibly boring”.

Determined to do anything but groceries he embarked on an architecture degree, fell asleep in lectures, failed his exams then started a series of small businesses, none of which did particularly well. In between times he built a boat, sailed the Pacific and generally established himself as the black sheep of the family, before redeeming himself with peanut butter, about which he is now very passionate.
And he’s delighted to be back in the fold. “My sister said to me, ‘Oh my goodness. If your Uncle Peter and Uncle Bruce could see where you are now they would take back everything they ever said about you.’” 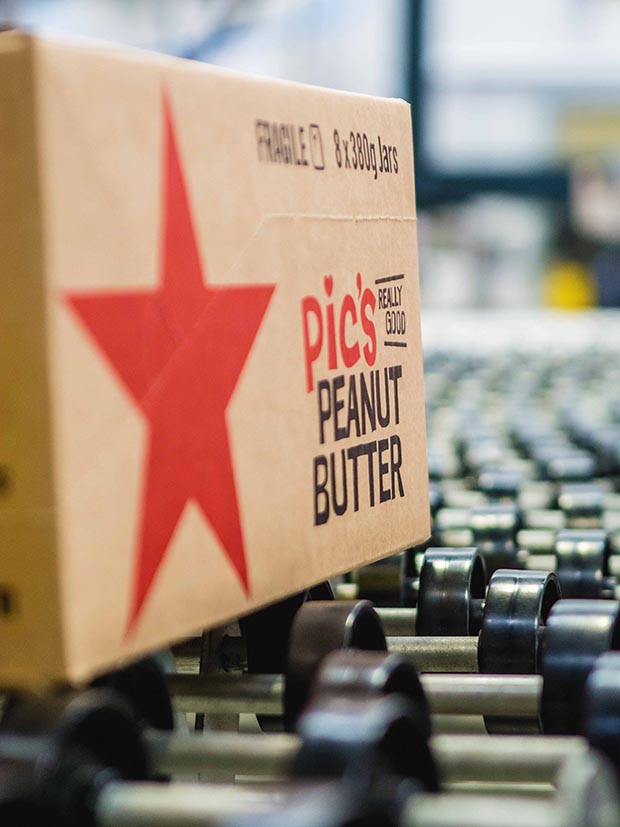 Through it all – good and bad – he’s been driven by a “terror of being boring”. That explains the random pictures of lawnmowers, chickens and the like that appear on the Pic’s labels. Don’t look for meaning, he’s simply flipping the bird at all the barcodes, nutrition boxes and batch numbers that make conventional labels so boring. Shunning copywriters (very boring), he fills up the space himself and then he sneaks a bit of poetry underneath.

“Not everyone knows that, the poems go out as a nice sort of extra surprise.” It all contributes to a very effective means of engagement with his fan base of peanut butter eaters. “People love us,” he says, and he is grateful. ‘Ask for us in your local store,’ he writes on the label, and they do. “Those supermarket guys don’t have to listen to every smarty pants salesman that comes along but they do have to listen to their customers.” It’s clever and it works because the product really is good and the brand is warm and personable, just like the man whose name leaps off the jar. Pic and the brand are inseparable and that makes him perfectly suited to his current role of brand ambassador. He wouldn’t have chosen that position – and he insists it’s not a move towards retirement – but his eyesight is failing (the result of macular degeneration) and he’s had to delegate.

True to form he says it’s been a positive thing for both him and the business. “If I could see [properly], I’d be fixing the machines, setting up software. I’d be riding everyone, looking over their shoulders and micro-managing stuff. This means I get out and do the stuff that I’m really good at and that I really, really like – meeting people and talking about peanut butter.”

He does much more than that. The snack-sized tubes of peanut butter called Slugs are his invention, along with another product not yet released. He’s overseeing the new factory project (stage one will be completed early this year) and when he talks about meeting and talking, he really means sales and marketing. In all this his guide dog Fido aids him. Charged with keeping his master on the straight and narrow, the sleek black lab has become very much part of the business.

“You don’t forget the peanut butter guy who turns up with a dog,” says Pic. And he keeps things interesting. “It’s wonderful at awards and dinners and flash conferences when you walk in with a dog and he sits under the table and comes out for a bit of a scratch – it brings everybody down to earth when these things can be terribly pompous.” Pic’s Really Good Peanut Butter proudly claims to be made from peanuts grown in Australia and processed in New Zealand, thus satisfying the “buy local” sensibilities of both markets and making Australia Pic’s largest export market.

This year the company will be “squishing” 1500 tonnes of nuts, sourced from growers in Queensland who specialize in hi-oleic peanuts. Named for their particularly high levels of cholesterol-friendly fatty acids, these nuts also have added protection from rancidity so they retain their fresh taste for much longer than other varieties.