5 things to consider before getting alpaca It’s all too easy to get charmed by a sweet-faced alpaca. But it pays to do some research before taking the plunge.

For much of her working year, Lisa Charteris directs Auckland’s annual Grand Wedding Show. But Lisa’s other job is as far from all that glamour as you can get. She’s still impeccably made up, but she’ll be in her gumboots, hauling troughs, checking fence lines, or peering down a microscope at faecal samples. Conversation is dominated by talk of fibre, facial eczema, and the fascination she has with her four-legged ‘colleagues’.

Lisa is the farm manager for her parent’s herd of 150 alpaca. They roam over two properties: the Charteris family’s 2ha block, and the grazing land on Te Hihi Estate, the former luxury property of millionaire Eric Watson.

1.  You need at least two alpaca

Alpaca live in herds, so you need at least two, preferably more in case one dies. However, it’s important not to overstock.

“Make sure you’ve got enough space,” says Lisa Charteris of Waters Edge Alpacas, south of Auckland. “A couple of alpacas can live on half an acre to an acre relatively easily, but that’s only if you’ve got good quality grass.”

2. Have the right pasture

Ryegrass is good for growing cattle and sheep but is mostly bad news for alpaca as it can make them sick. Some alpaca, especially younger animals, are susceptible to an endophyte fungus that is infected into ryegrass varieties to protect it from the Argentine stem weevil.

“If they eat it, it can give them ‘staggers’ which affects their brain and nervous system,” says Lisa.

Most cases occur during spring and autumn when the grass is growing rapidly, or in summer if animals are feeding on short grass. Symptoms include:

It’s possible to stop a staggers attack if it’s caught early on by removing animals from ryegrass and feeding them a good quality (non-ryegrass-based) hay or lucerne. Hay made from ryegrass may also cause staggers. 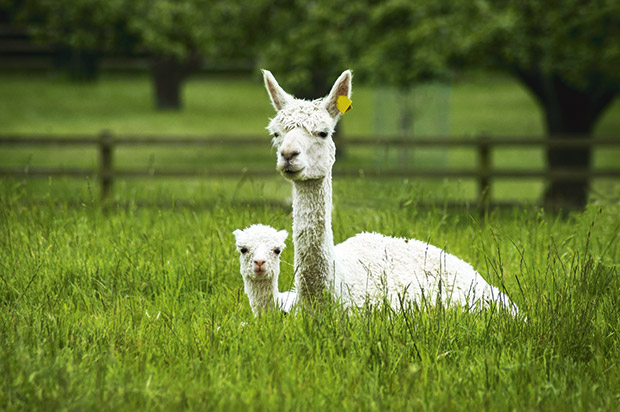 Alpaca are very susceptible to facial eczema. Zinc treatments can prevent it causing often-fatal damage to the liver, but alpaca can’t receive slow-release boluses such as those administered to sheep and cattle.

Preventative zinc treatments are added to feed, but it can be difficult for an owner to know if every animal is receiving an adequate dose as some don’t like the taste.

When Lisa and her parents, Toni and Greg Charteris, first started farming alpacas, they built shelters for them. 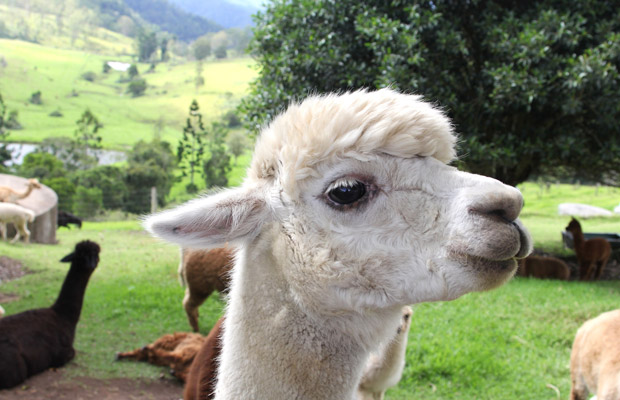 “It can be pouring with rain, and they still won’t go inside,” says Lisa. “They need shade in summertime, and some shelter in winter, like trees or a hedge line.”

Alpaca don’t tend to jump, unless it’s the rare instance of a very keen male. Lisa says normal farm fences, post and rail, and even 3-4 wire fences are adequate.

She doesn’t recommend electric fences, as alpaca will stick their necks through fences to graze. “They can get caught in loose wires, so you don’t want anything they can catch themselves on.”

Alpaca’s thick fibre means they must be shorn once a year, usually in late spring, to prevent overheating. The animals are carefully secured to a board during the process, or placed in a special cradle, to stop them kicking. 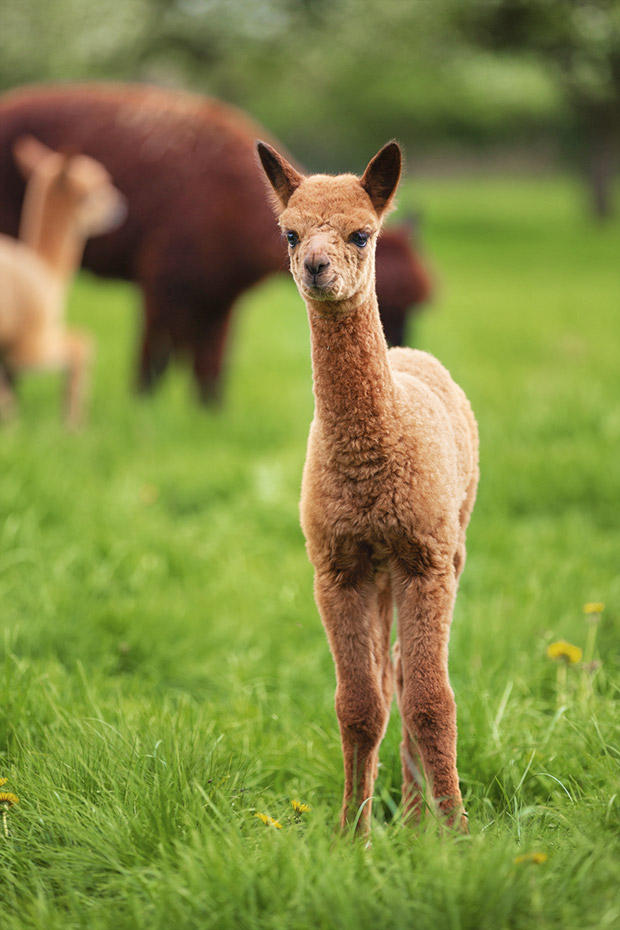 It’s an excellent time to do other health checks, says Lisa, such as checking teeth, and looking for ticks or lice. “They also get drenched at shearing, they get an injection of vitamins A, D and E, and they get their feet trimmed.”

“You can go to your local vet, and nine times out of 10, the vet knows nothing (about alpaca needs). The vet we use has spent years specialising in alpaca. She said when she did her vet course, over six years, they spent one day talking about alpaca. That’s why it’s important to find a local vet who is well educated.”

The secret life of an alpaca farmer: How this Karaka resident balances big-city glamour with raising 150 alpacas

The alpaca spit dance: The disgusting consequence of getting caught in an alpaca food war