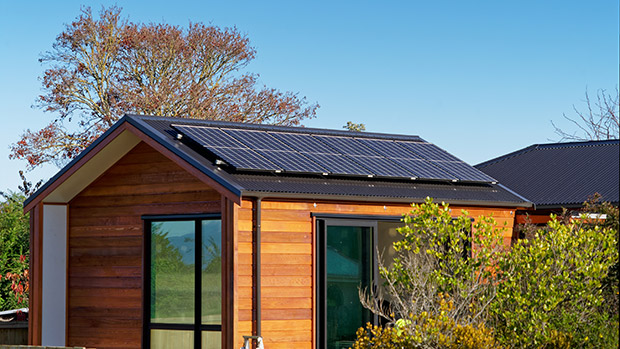 Solar panels are the visible sign of an off-grid power system, but at its heart is a little box with a big job.

The average NZ household pays around $2200-$2300 for power per year. It makes skipping the grid connection for a new home and generating your own power look very enticing. Setting up an off-grid system requires several important pieces of equipment. The stars of the show that everyone knows about are the solar panels and the batteries.

But at the heart of any off-grid system is an unassuming little box. The inverter sits between the system and your home, converting the DC voltage stored in batteries into the AC voltage you need to run appliances.

Inverters come in different sizes to suit the energy requirements of a home. A 1500-watt model can run smaller appliances such as a toaster or a laptop and are common in campervans and boats. A household needs a larger one, around 2000-3000 watts.

It’s important to get one that will match your needs. For example, if you’re running your TV (75W), washing machine (100W), and a large, double-sided fridge (800W) at the same time, your total usage in an hour would be around 950-975 watts. 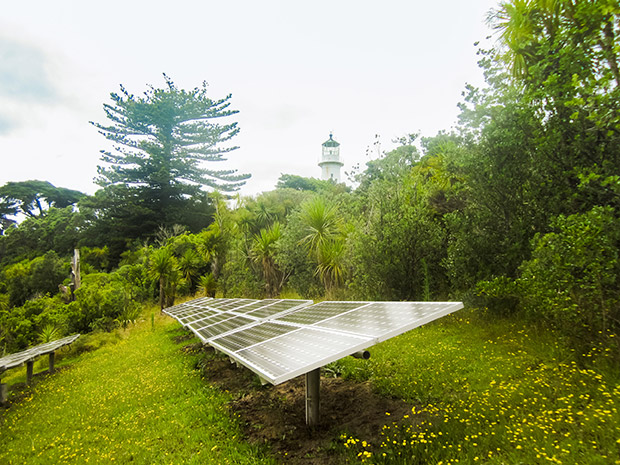 However, when an electrical appliance is first turned on, there’s a spike or surge of power for up to a second. It can be significantly higher than the watts it uses while running. For example, a water pump may use 1200 watts when running, but briefly surge to 3000 watts when it first starts. Sometimes, it can be such a high ‘draw’ of power, an inverter can’t cope, and that can be an expensive problem.

“That big spike can trigger a lot of inverters to shut down,” says Ethan Simpson, an electrical engineer and co-founder of GridFree (gridfree.store). “There are solutions to handle that, but it does add a lot more expense.”

There are four options to consider when you’re looking at the type and size of inverter you may need for a system, especially if you have appliances or machinery that produce a big surge at start-up.

– Choose an inverter that’s large enough to handle a big surge. However, the higher the surge, the more expensive the inverter, so it may not be economical if you’re getting it for one appliance.

– Use an alternative power supply, such as a petrol or diesel generator when you’re using high-surge appliances or machinery. This can be a good option if you use power tools, air compressors, and other heavy-duty workshop equipment.

– Replace the appliance with one that doesn’t surge on starting. For example, there are water pumps designed for off-grid use that can be programmed to start up slowly, and then run at half or quarter speed – you can programme it to suit your inverter.

– Install a ‘soft start’ circuit which limits how much power a big appliance like a water pump can draw, so it takes longer to get up to its running speed.