Water cooler talk: Curious cows and what to do with squishy persimmons


A jet-setter’s secret weapon and why Morrinsville is the place to be – things that got the thisNZlife office talking this week. 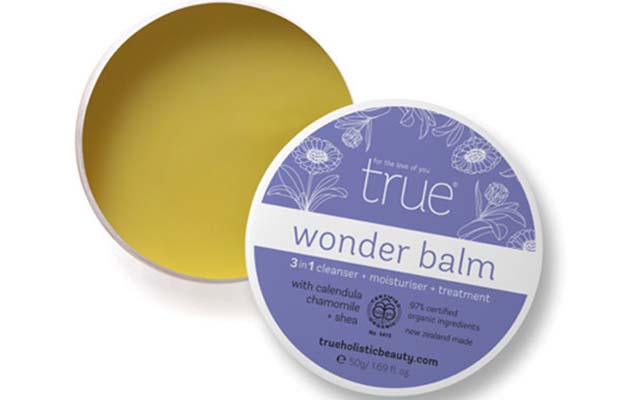 I love flying. I cry watching strangers at the arrivals; I wake up at 5 am to triple-check my passport hasn’t been moved by gremlins, and I love making up stories about the adventures of my bleary-eyed fellow travellers. But I hate the air conditioning on planes – my skin feels like it’s been in an enormous dehydrator for hours on end. BUT! Then a little pot of balm landed on my desk and changed my life. True’s Wonder Balm is a blimmin wonder – and I promise I haven’t been paid/bribed to say that. It’s the best moisturiser, cleanser and treatment for cuts/scrapes/spots I’ve ever come across, and therefore my favourite travel companion. It reminds me of Lucas Paw Paw, another (slightly cheaper) magical everything balm, but True has a nicer texture and smell. I stick it on everything, including my husband and dog.

HOW TO TURN AN AVERAGE PHOTO INTO SOMETHING CREATIVE 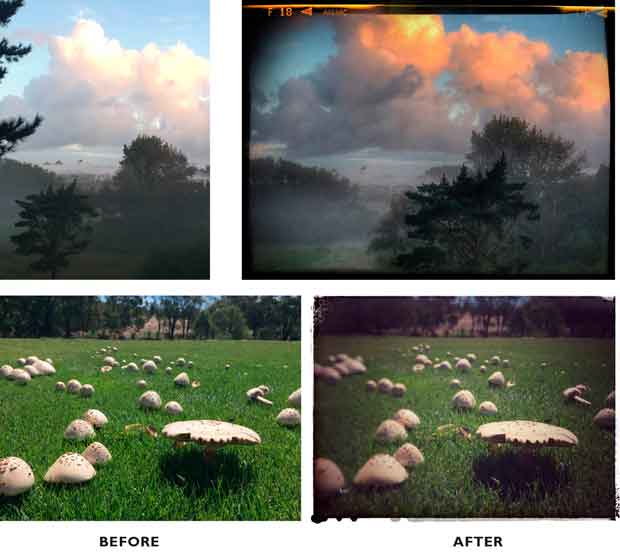 I’ve just discovered a free fantastic photographic phone app called Snapseed. It’s so, so easy to use, simply swipe your image to change the colour and tone or add borders, vignettes, sharpen and use my favourite effect the ‘lens blur’. Check out my before and after shots above. In the original morning mist photo, some of the drama of the shot was lost due to the dawn light. But the detail was there; it just needed to be brought out and enhanced. The result made for a far more dramatic creative image. In the mushroom shot, I added a lens blur to focus on the large mushroom plus a vintage-look filter and border. I can’t wait to experiment more and become more creative shooting on my phone.

A CASE OF DEJA VU

It’s funny how sometimes two people have the same idea at exactly the same time. That’s what happened to Xavier Giannoli the writer-director of French film Marguerite. The film is based on the American socialite and untalented opera singer Frances Foster Jenkins, also subject of recent big blockbuster Hollywood film starring Meryl Streep. It’s interesting to see the different approaches to the same idea. The French version is, very, erm, French – much more melancholy and a little avante-garde. Told from the perspective of Marguerite’s butler and a young writer, Giannoli’s film focuses on social change and how money can breed entitlement and delusions of grandeur. Meanwhile, the American version is funnier and by the end of the film your connection to the main character is much stronger – a testament to Streep’s performance. Which is the better movie? It depends on what you are in the mood for – if you’re in it for the laughs, go for the Streep version but if you are willing to let yourself be taken on a slightly off-beat (and certainly off-key) journey why not watch this story en Francais.

WHAT TO DO WITH SQUISHY PERSIMMONS My mother Molly’s two persimmon trees, in her Tauranga backyard, are still groaning with fruit despite my numerous brothers and sisters (and in-laws and offspring) having already eaten nearly their body weight in persimmons this season. We’ve all done our level best to honour the astonishing trees, and their ability to produce more than their weight in fruit, but we’re nearly out of ideas. My sister Rosemarie’s dehydrator has been whirring for weeks and everyone in our office has eaten so many persimmons their faces are glowing orange. However, I have worked out what to do with persimmons once they go squishy and no-one wants to eat them.

Put all the ingredients into a bowl, refrigerate for a few hours and it will become jelly-like after a few hours. This can then be eaten straight, added to breakfast cereal. Or churn the mixture in an ice cream maker for an oh-so natural refined sugar-free sorbet. 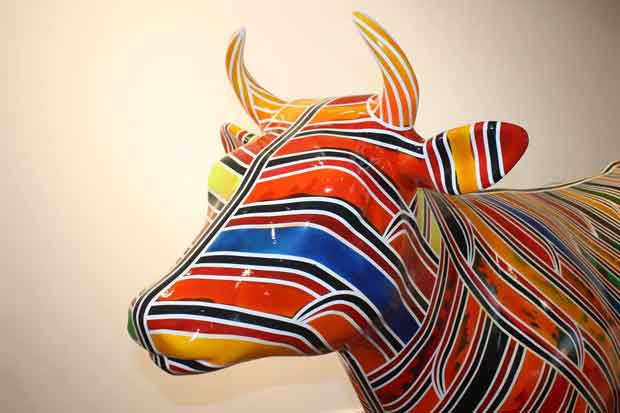 Morrinsville. The kind of town you probably bypass on your way to somewhere trendy on the Coromandel. But don’t. Morrinsville reminds you of Auckland back in the early 90s, but in a good way. Every second house is an old villa on a true quarter acre section that you desperately want to do it up. The people in gumboots outnumber the people in ordinary shoes and every second vehicle is a dusty ute.
Ronnies Cafe makes the best, lightest ham and cheese omelettes – I’ve tested them twice now, and they’re fabulous. The petrol was just $1.59 a litre. In June 2016. What? There’s the Wallace Art Gallery which will house NZ’s most comprehensive collection of contemporary NZ art in existence – and then there are the cows. Every block or so there’s a bright, life-size cow, painted up by local artists, sponsored by local businesses. You have to stop to get a closer look at The Accowtant, Picowso and their 39 friends.