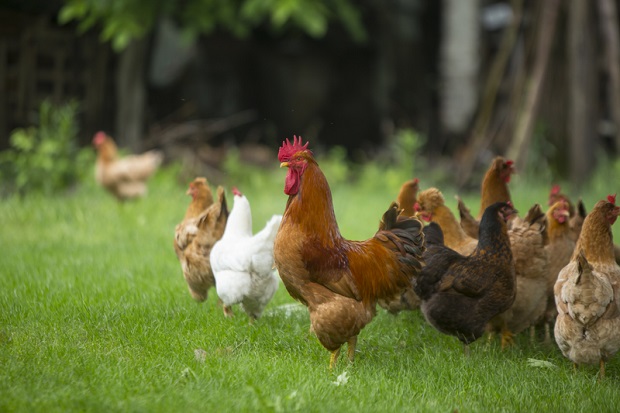 Poultry have some habits when it comes to their love life.

• The number one cause of falling fertility in a rooster is age. A fit, young male in good condition can complete a lot more matings in a day than one that is compromised by being too old, fat or unfit.

• A rooster can have too much of a good thing. If he has too many hens to service, he will lose weight and condition, which will cause the testes to shrink. It leads to a decline in testosterone, semen production, and a willingness to mate.

• If a rooster spends a lot of time guarding a feeder or fighting, he should be removed, as he’s reducing the fertility of your entire flock; he’s not mating, and he’s stopping other birds from mating.

• Hens initiate mating. If they squat down in front of you, they’re not wanting to be patted or picked up – they are inviting you to mate with them.

• Roosters can and do force themselves on hens, but researchers have now discovered hens can eject any sperm deposited if they don’t like the look of the rooster. It’s done
immediately and with such subtlety, the rooster doesn’t notice. Hens prefer to mate with the dominant rooster. Dominance is genetic, so mating with the top rooster gives her offspring the best prospects. Research has also shown a dominant rooster will produce more semen than lower-ranked males. If a lower-ranked rooster does try to mate with a hen, she will run away, and call out for help to the dominant rooster. But if she is mated, her last resort is to eject the sperm.

• Most matings occur in the mid-afternoon. Matings late in the day can be ‘dry’ if a rooster uses up his daily sperm count.

• A new Swedish study has found roosters know who their relatives are. It found a dominant rooster was less likely to interrupt another rooster’s mating attempts if he was related to him. They were also generally friendlier to related birds of all ages. The research has yet to show how poultry knows they’re related to each other, but it’s believed it may be to do with scent.

• Roosters prefer hens with the largest combs; these hens receive a bigger dose of sperm and produce more chicks. There’s science behind their preference. Key genes govern the production of cartilage, which influences comb size and bone growth. This then influences egg-laying, as a hen’s bone tissues provide calcium for the eggshells. Domestic hens have larger combs and denser bones than the original wild poultry breeds.