Kelly Wilson back in the saddle saving the snowy brumbies 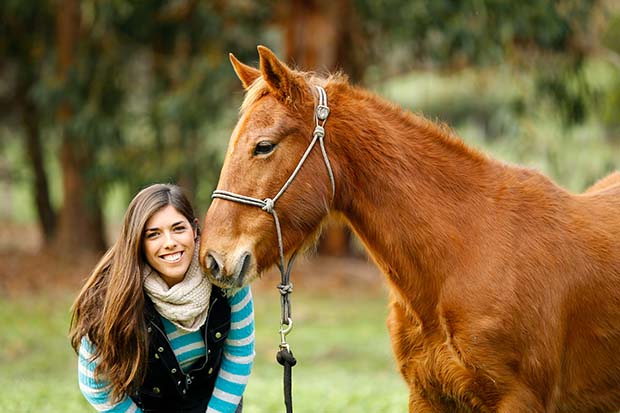 Kelly with Shyla, her wild brumby.

Kelly Wilson’s work with wild horses is a family affair – but it nearly didn’t happen.

Vicki, Kelly and Amanda Wilson have always lived around horses. The sisters grew up on their parents’ Northland farm in Hukerenui,  where the three train and bred horses, host clinics and teach children to ride.

But their biggest passion is helping make ‘happy horses’ – domesticating, training and rehoming horses in New Zealand, the United States and now Australia, horses which would otherwise be slaughtered.

After the success of a 2012 TV series, Keeping Up with the Kaimanawas, the trio travelled to the United States to work with mustangs. That was in 2015, and their latest mission saw them in Australia working with the snowy brumbies.

There is an estimated 400,000 to 1 million brumbies across Australian with herds managed by culling for sale or slaughter.

“When we were asked to help raise awareness of their situation, the government was in the process of putting forward proposals to cull  90 percent of the snowy mountain herds,” explains Kelly. 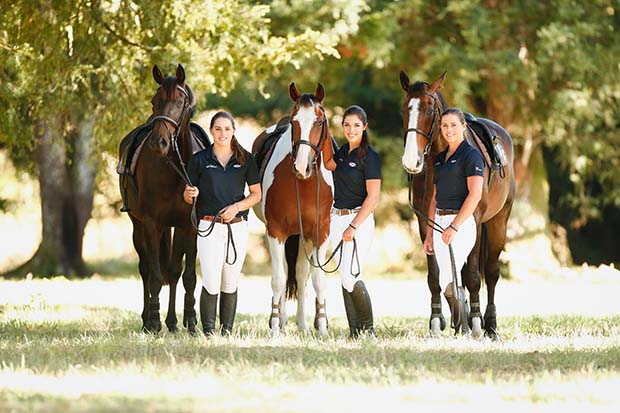 From left: Amanda, Kelly and Vicki Wilson with some of their favourite showjumpers.

Now they had the problem of how to fund five months in Australia. “There’s no money working with wild horses,” explains Kelly.

Having grown up in very humble surroundings (at one point the Wilson family lived in tents until their parents had saved enough to build their house) the sisters don’t mind living simply. They tried unsuccessfully to raise money for their trip through crowdfunding, but help finally came when Isuzu offered to sponsor them.

Working with wild horses isn’t a money-making undertaking. “We write it off as charitable work,” explains Kelly. In her latest book Saving the Snowy Brumbies (on sale October 2) she describes sleeping outdoors and in the cab of their ute.

The Wilson brand is a family affair. Mum Heather illustrates Kelly’s Showtym Adventures children’s book series, and dad John makes life-sized horse sculptures out of old horseshoes. The sisters have quite different personalities and roles: Vicki is a top showjumper and won the World Championship of Colt Starting in Kentucky in the US in March. She runs clinics for sore  and problem horses. Amanda, also an acclaimed showjumper, is a trainer and filmmaker (she was the second cameraperson on TVNZ’s Keeping Up with the Kaimanawas). Kelly, 28, is an award-winning photographer, author and a strong advocate for horses. Saving the Snowy Brumbies is her fourth adult book; the latest in her popular Showtym series for kids, Dandy the Mountain Pony, will also be released on the same day. 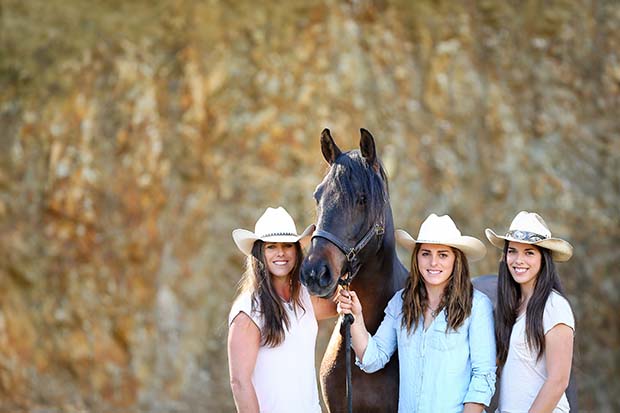 From left: Vicki is an accomplished representative showjumper and horse trainer; Amanda is also a top showjumper, plus film-maker and writer; Kelly is a writer, photographer, graphic designer and passionate advocate for wild horses.

The Wilson phenomenon nearly didn’t happen. At 17, Kelly left home to study and spent five years in Auckland as a designer as well as travelling around the world.

“I’d basically given up riding, then Vicki broke her wrist, so I said I’d come home and bridge the gap,” says Kelly.

But when she started working with the Kaimanawas something changed.

“I moved away from horses because I was looking for something else – now I have no doubt I’m doing what I should be doing. All thanks to Vicki’s broken wrist!”

Kelly’s book, Saving the Snowy Brumbies, tells of the sisters’ work with the pint-sized Australian brumbies. Kelly developed a strong connection with Shyla, a young horse who learns quickly, and helps her understand more about the breed.

“We learn so much from the horses every day,” says Kelly.

The sisters make a living from teaching others; however, it’s lessons they’ve learned from the horses themselves that helps them teach others. For example, if a horse is being naughty, it’s usually because something has upset them: it’s up to the trainer to work out what the problem is and deal with that, rather than punish them.

“The same applies to kids and teenagers who come to us – we try to find out what’s hurting them.” 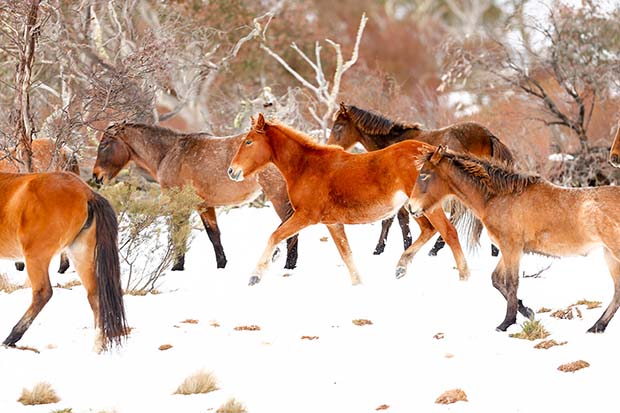 Kelly recalls one girl with learning difficulties and behavioural problems who came to their property to help out. She’d been in trouble at school, and was moody and aggressive, struggling with confidence and her identity, and for a long time she wouldn’t join in.

“We soon realised she had a real affinity with horses, and before long she began to change and open up. She’s now 13, and although she still has bad days, she’s a different person to the angry kid we first met.”

More stories you might like:
Kiwiana in a Fibrolite bach: Explore mid-century décor, homewares and art preserved in The Butterfly House

All three sisters hope to travel more with their work.

“There’s a a huge global demand  for the clinics Vicki runs. She has so much knowledge to pass on to people,” says Kelly, who is currently training two young horses, and is planning more writing and photography. “My priorities have changed a lot with the wild horses; the most important thing I can do is to grow my relationship with them and give them a good lifestyle. That comes above any eventing or showjumping. Working with horses is my world. I can’t imagine it being any other way.” 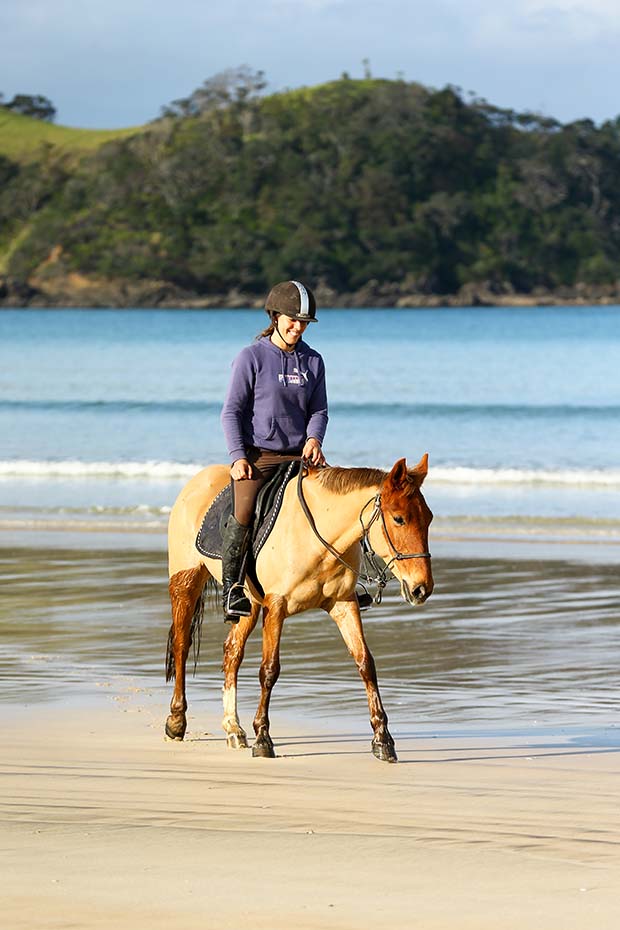 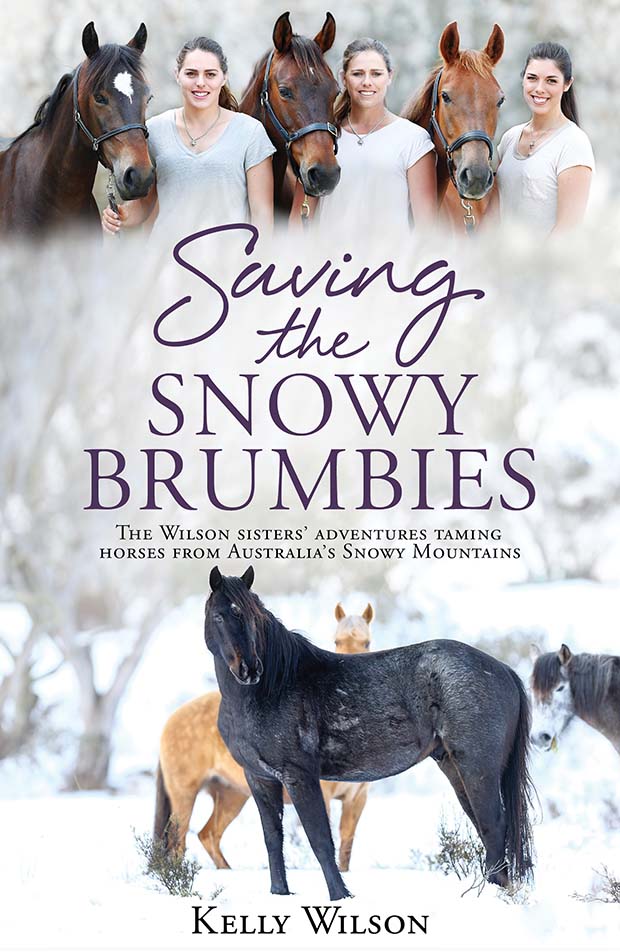