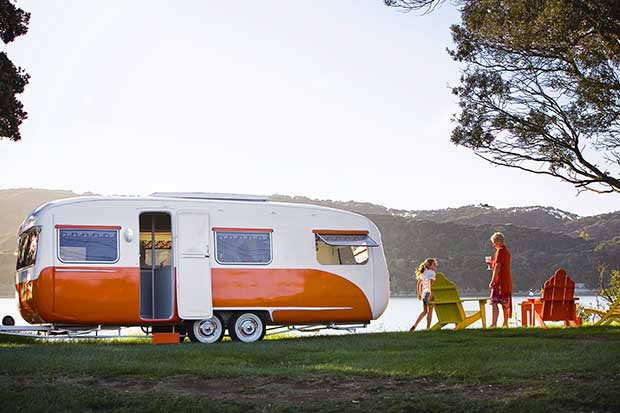 Summer holidays for a Hamilton family mean a beach on the wild Waikato west coast with a small dog called Rosie and a retro caravan called Roxanne.

This story was first published in the January/February 2012 issue of NZ Life & Leisure.

Polly Fagan and her three sisters had fits when their father sold his cool Falcon and bought a bach at Marokopa with the proceeds. Marokopa, with its often-wild ocean and hot black sand! Not Whangamata, the summer Mecca of teenagers. The fit of pique lasted several sulky summers but these days the now-Mrs Keane and her siblings bust their britches to get to this little enclave on the Waikato’s west coast where even Rosie, Polly’s very little dog, has her fair share of action on a boogie board. 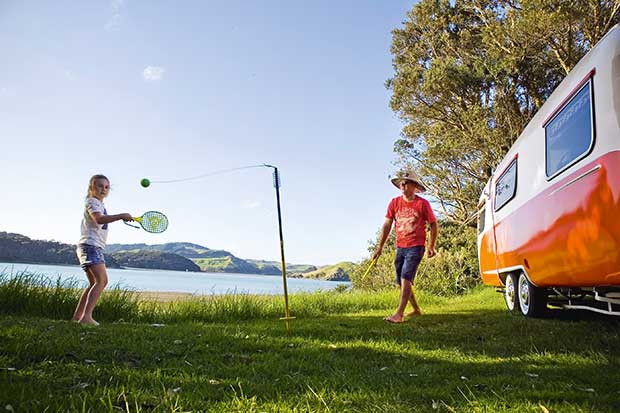 The rounded bruise from a hit on the head, a smack on the shoulder or a whack on the backside by a swingball is as much a Kiwi badge of summer as oyster-shell scrapes, sunburnt noses and sticky ice-cream trails on chins. Annie gets ready to serve Grant an ace.

Lying drowsily in the warm shallows of the estuary, strapped into a life-jacket and waiting for the outgoing tide to take her spinning slowly and languidly in the sunshine down to the sea, her husband Grant and eight-year-old daughter Annie bobbing by her side, Polly can now only be eternally grateful for the Falcon’s dowry: iconic Kiwi summers. But there’s one more member of Polly’s family.

It’s Roxanne whom Grant rescued – Pygmalion-like – from the gutter and brought back to life. Roxanne is a 1970s’-style Concord caravan with a Cockney flower-girl’s cheek and charm and a big heart. She wasn’t the first caravan Grant, a glazier, had restored. It began with Suzy I and Suzy II, followed by Ruby and Dolly. And while it’s currently Roxanne, in the workshop sits Issy-Jane, a little, slightly chubby Tek Jessen 1958 caravan with a rounded roof inspired by the curve of a kiwi’s back. Issy-Jane has the potential, says Polly, to be seriously cool. 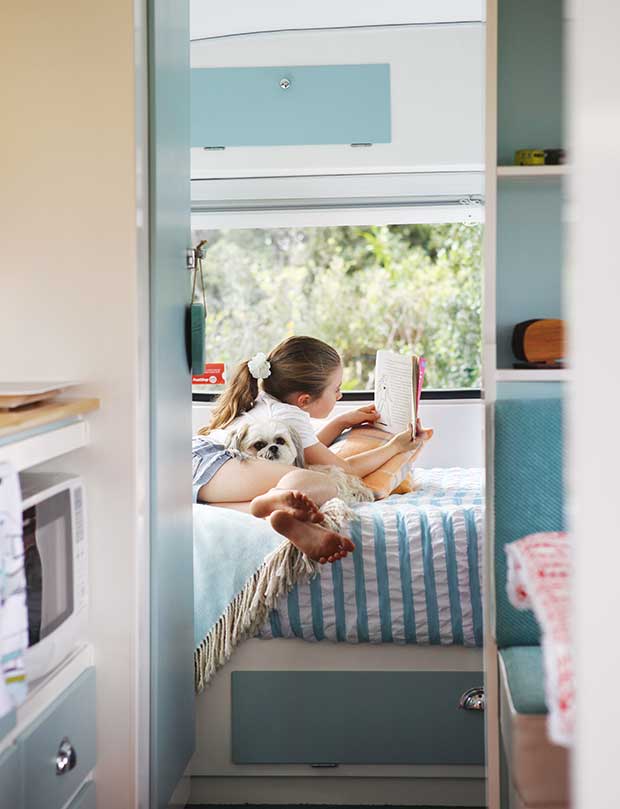 It took Grant 12 months to bring Roxanne back to her heyday looks. It is only a few steps from the back door of his Hamilton East home to the shed-of-miraculous-transformations and here he retreated on weekends, the occasional night and over a lonely Labour Weekend when everyone else in the extended family went to the beach, leaving Grant, Polly and Annie to the restoration. But it was worth being left behind in the end because now this once-battered caravan draws admiring glances wherever she goes in her smart white and orange finish which was inspired by the livery of old diesel locomotives. Concord means agreement, harmony or union and Roxanne is all of these things.

More stories you might like:
Water cooler: Foraging for grapefruit and reviews of Semi Permanent, The Trip to Spain and A Woman's Place The caravan’s duck-egg-blue interior is roomy enough for the family to spread out. The bench seats beneath the front windows fold out to a double bed for Annie, with a nice cosy place beneath for the diminutive Rosie. Grant thought giving their pet a space of her own would stop her sleeping with Annie. Now, when Polly tucks her daughter up with the dog curled beside her, the three girls share a complicit grin and the little space beneath merely echoes.

Once the door to Grant and Polly’s bedroom at the back of the caravan is shut, Rosie and Annie’s sleeping arrangements are out of sight, out of mind, really. Grant is a practised enough father to let that one rest. The only concession to the current era is the flat-screen television, an item Grant could do without but its DVD capabilities stabilize the potentially volatile mix of inclement weather and a restless eight-year-old. 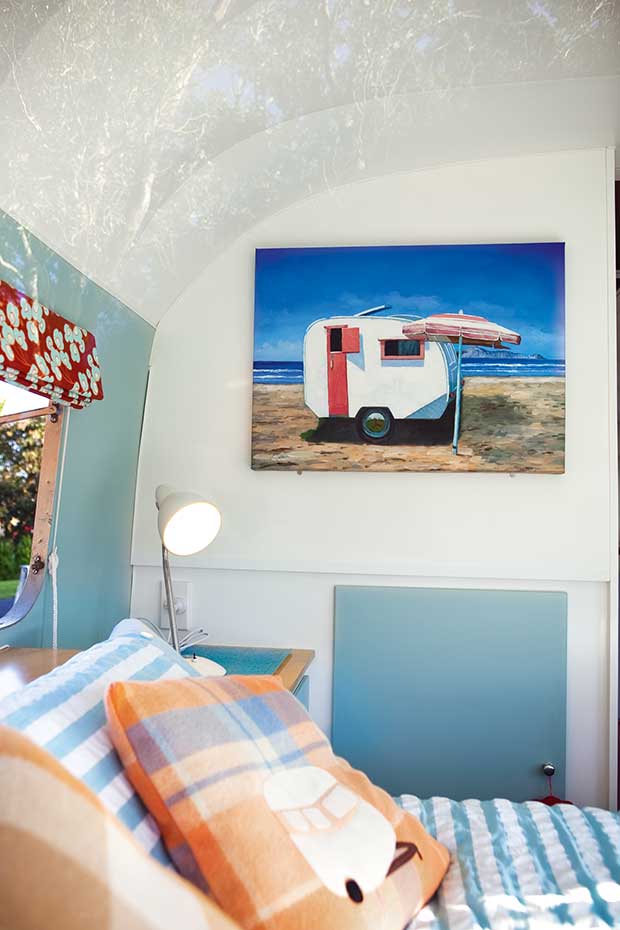 However, a holiday is not a holiday without the domestic disasters that become family legend. On Roxanne’s first trip, the door to the big cupboard wasn’t properly closed. Unattended, it swung back and forth until it snapped its hinges and when the Keanes stepped back inside it was lying on the floor, the cupboard’s contents spread throughout the caravan. Grant and Annie looked at Polly; Polly looked at the floor. And then there was the incident of the fruit… all laid out on the main bed for the drive to Marokopa.  Nestled on the soft duvet, the fruit looked safe to go. 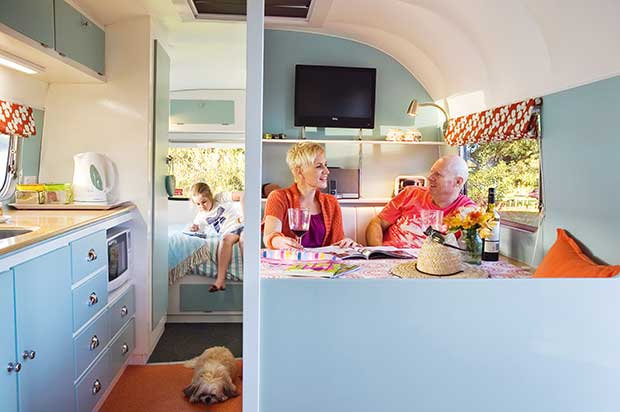 At journey’s end, however, it was squashed, tomatoes ground into the duvet and fruit juice dripping through the fabric.  Grant and Annie looked at Polly; Polly looked at the ceiling. Luckily for domestic politics, all this happened before Roxanne’s grand overhaul. Marokopa is at the end of a rough road where the Marokopa River runs into the sea and is still pretty raw, says Grant. There are about 50 baches and residences, a small shop and a public phone in a bright-red box. There is no mobile-phone coverage, no television signal and no new-fangled Wi-Fi. It is, asserts Grant, the way a Kiwi holiday ought to be. 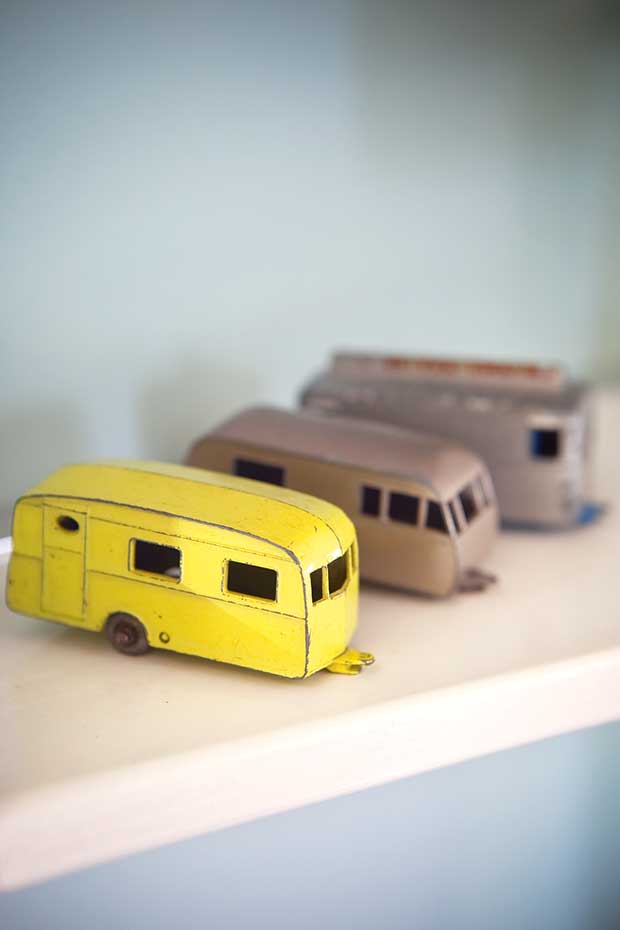 At Marokopa there are dedicated Marokopa clothes: those left behind in Polly’s parents’ bach and retrieved during the holidays. There’s Marokopa hair that is wild and untamed, a long way from the coiffures turned out by hairdresser Polly’s salon back home in Hamilton East. Annie and her cousins have sun-flushed skin, salt sticky and smeared with sand. In term time they are identifiable by their faces upturned for the morning’s good-bye kiss but at Marokopa they quickly become more familiar from the back as they charge out head first into the day. They are dumped by breakers, chased across rocks by the incoming tide, pricked by fish-hooks, bitten by midges, scraped by shells. They hunt for fossils at Kiritehere Beach just around the headland. They are plastered with wet bread and fish scales while trapping bait. They squabble, make up, explore, discover and live the lives kids should. Periodically they return with their stomachs stuck to their backbones before regrouping for a further assault on the endless summer days. And a Marokopa summer does seem to be endless, says Polly; even the rainy days are never remembered as anything but sunny. On the outgoing tide a deep rock pool is revealed. The family calls it Willison’s Pool after the abutting farm. The tide fills it while the sun warms it, allowing four hours of safe swimming while the breakers crash just beyond a rocky barrier. It’s easy to forget to keep an eye on the tide and the Keanes have almost been caught a couple of times, Polly admits. 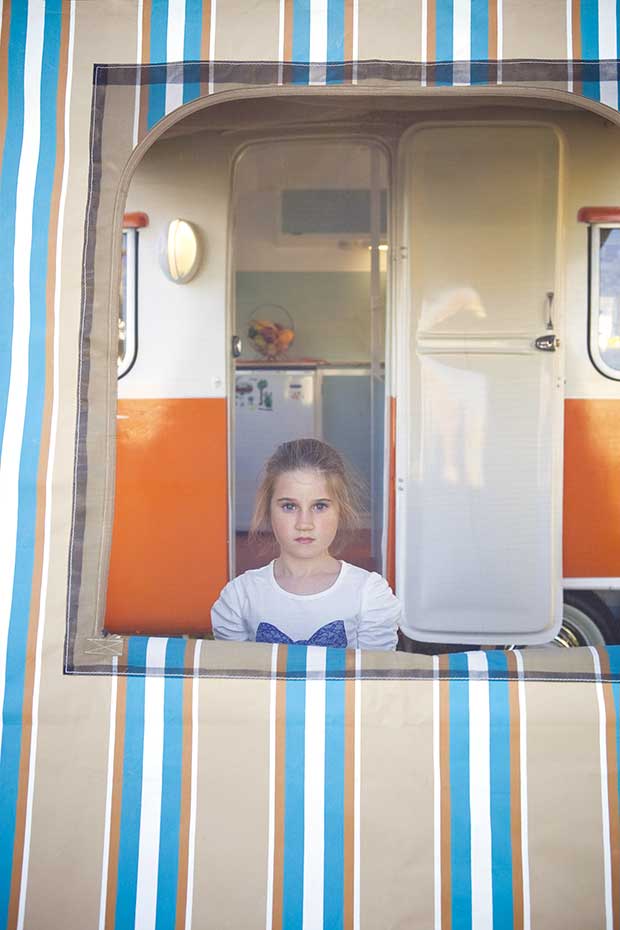 When the tide closes off Willison’s Pool, the smaller kids head to where the river snakes across the beach and leaves another deep pool in the sand. It was here one day that Grandad Fagan had the sort of No-8-wire brainwave Kiwi farmers are famous for. It was almost as good as his idea to sell the Falcon and buy the Marokopa bach – almost as good, because that idea could never be beaten.

He had the germ of the notion while pottering around his Piopio farm and what he thought was this: if he positioned the Marokopa quad bike close to the water and fed a board through the bike’s safety frame, he would have a diving-board. The concept was a huge success and great entertainment when Grandad had a go himself, after first getting Polly and Grant to sit on the bike so it wouldn’t tip under his weight. 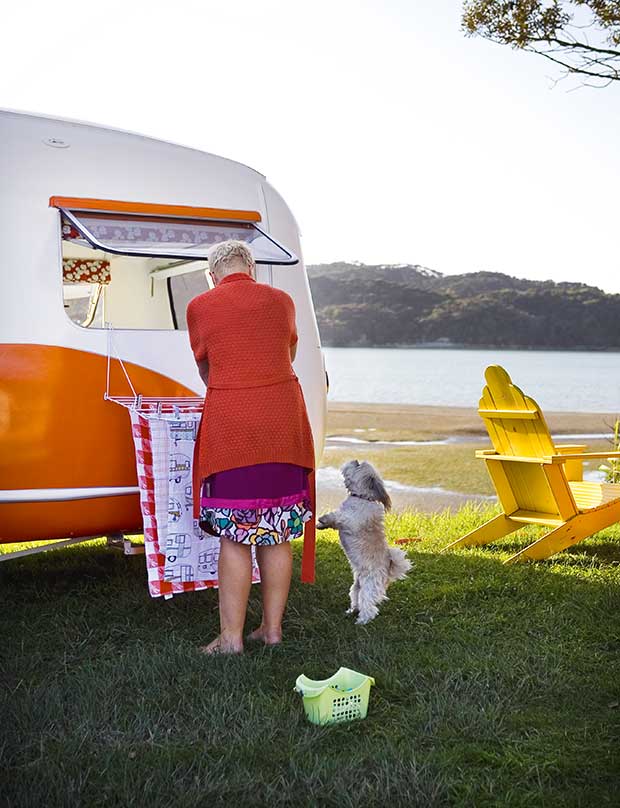 While the kids are playing, the adults are catching dinner. Kahawai run just offshore, so plentiful and accessible there is no need to surf-cast; just dangling the bait in the water is enough. From Grandad’s boat they dive for crayfish and fish for snapper and gurnard. Back on shore the barbecue is loaded onto the back of the Land Rover, driven to the beach and stoked, ready and waiting for the catch. The kahawai go into the smoker and the crayfish into a great big pot before being piled onto the table for everyone to share. So bountiful is the kai moana there are times they’re all sick of crayfish, reminding them yet again how fortunate they are to have Marokopa. Marokopa days end with sing-alongs around the fire; the camp anthem is Kenny Rogers’ The Gambler. Polly, Grant and Grandma and Grandad Fagan all dealt themselves aces when it came to Marokopa and Roxanne. Grandad and Grandma bet on buying the bach; Polly and Grant bet on Roxanne. Everyone was a winner. The Gambler would be proud. The song says that the secret to successful gambling “is knowing what to throw away and knowing what to keep”. Quite definitely, Marokopa is a keeper. “She’s just perfect – like a Wendy house for grown-ups,” says Polly. But be aware that retro caravans receive a lot of attention, warns Grant. “Sometimes I think we’ll cause an accident,” he says. “Cars pull out alongside us and the passengers smile, wave and give us the thumbs-up. It’s nice that they admire Roxanne, but it makes me nervous sometimes.” Some dog’s days are better than others, doing the caravan thing and being loved to bits at Marokopa; Rosie is queen of her castle. Polly and Annie share some quiet time at the end of a long summer’s day.

Parked at Raglan, Roxanne drew so much attention that Grant believes if he had been given $2 for every person who came asking for a look at the caravan’s interior, he’d be pretty comfortably off. “It was nice that all our hard work was admired but it became a bit much. The caravan was like a junction, packed with visitors.” With a wry nod to her teenaged self, Polly now concedes that a busy place like Whangamata could be a nightmare with an eye-catching caravan like Roxanne.