A food farm in the heart of Remuera: Take a tour of zero-waste gardener Peter Ng’s garden oasis 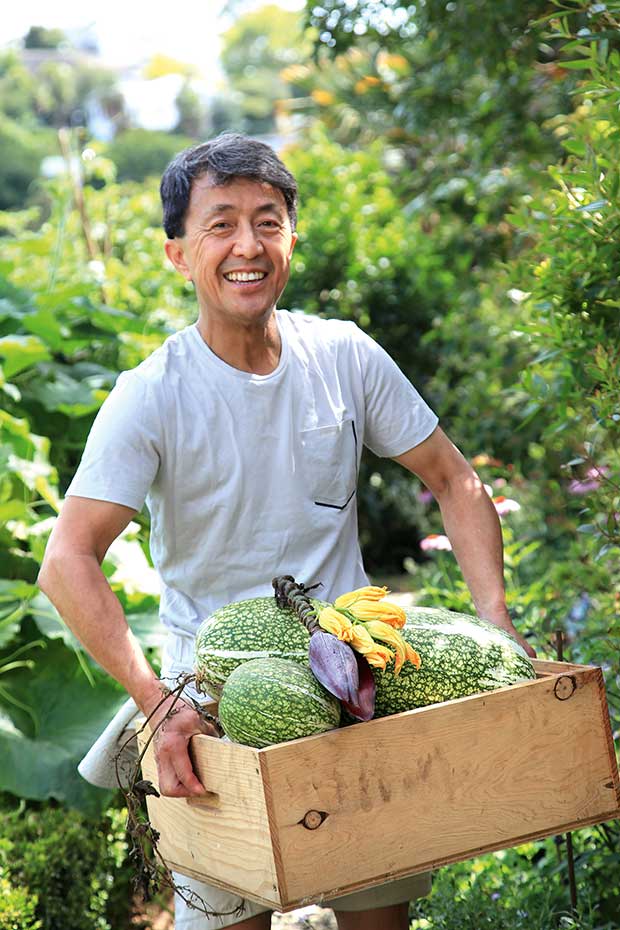 Reuse, reclaim and recycle is the motto of a zero-waste gardener inspired by Michelle Obama.

Peter Ng’s garden in Remuera, Auckland, is gloriously productive. While many houses on his street have manicured lawns, finicky buxus hedges and clenched topiary, Peter’s kitchen garden erupts with green growth and lashings of colour provided by rows of deep purple ‘Hidcote’ lavender and hot-orange marigolds, which serve as companions for tomatoes, melons and courgettes.

The dentist and his wife live off the land and are self-sufficient with fruit and veggies – “except for a couple of store-bought bananas”, says Peter, in a hushed tone. The steep-sloping garden at the back of the white cottage looked a fright when the couple moved in nine years ago. 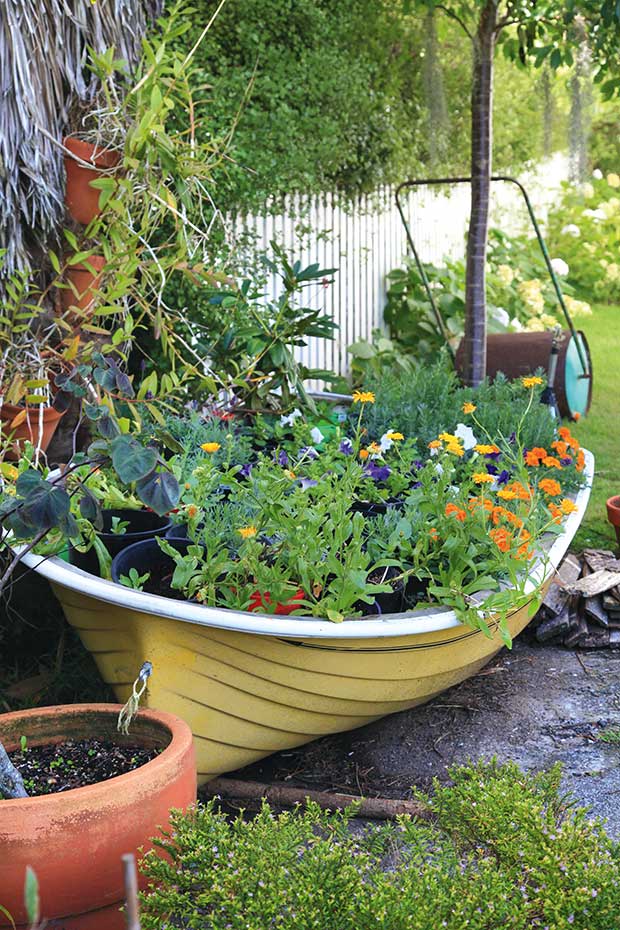 The top of the garden was covered by an out-of-control kikuyu lawn, and the section was riddled with bamboo. Peter smothered the lawn, and the insolent bamboo was chainsawed, poisoned, and torched by an accidental underground fire that killed the roots.

The garden has been transformed into an “urban food farm” and is spread over four terraced levels on the lower slopes of Mount Hobson.

With growth popping up in all nooks and crannies, it’s difficult to count the trees, but they do include five plum trees, three peaches, four varieties of apples, numerous feijoas, a fig tree and several cherry trees. 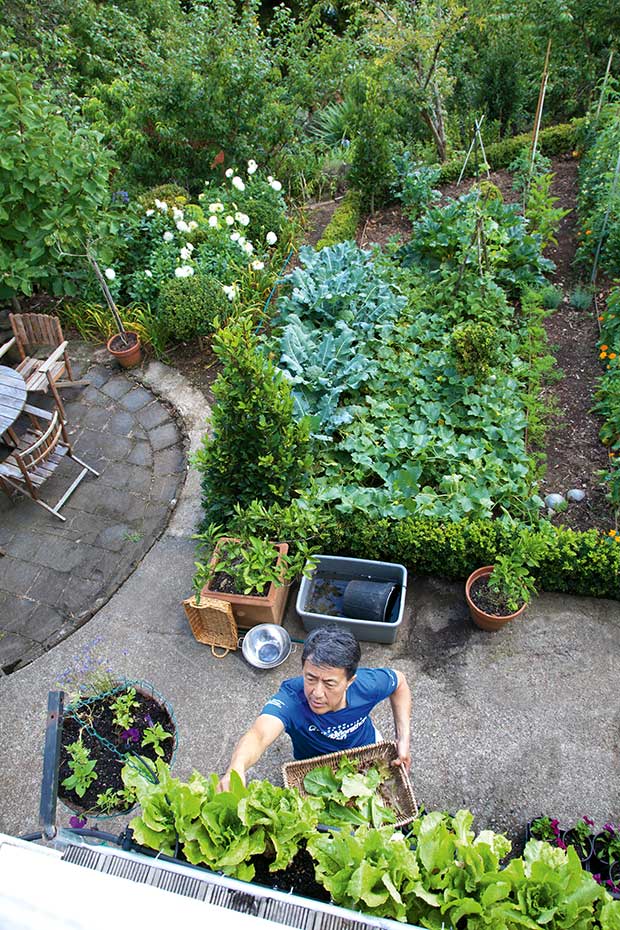 As an adult, it was lacklustre commercial tomatoes that drove him to plant his highly productive organic patch.

More stories you might like:
How to make the most of loquat season in New Zealand (PLUS loquat cobbler and loquat jam recipes)

“I found the produce from shops didn’t taste very good; I thought whoever is growing this is not doing a good job, they’re just producing varieties that look good, keep well, but are not really tasty. So I thought I’d cut out the chemicals and grow traditional varieties as they are so much tastier.” Peter began planting in 2009, the same year as Michelle Obama’s White House garden gained worldwide attention, and he owns her book American Grown: The Story of the White House Kitchen Garden. “I think many of my garden experiences are similar to Michelle Obama’s.

“For example, we’ve both had bee swarms and, like her, I prepare meals and gifts for visitors using produce sourced from the garden. My white house looks a little different to hers – ours is a do-up,” laughs Peter.

Much like Michelle, Peter is concerned about the health of young New Zealanders and their access to fresh fruit and vegetables. The grapes behind the pizza oven are ‘Black Hamburg’.

During lunch hours at his Sandringham dental surgery, he has planted beans, bok choy, strawberries and corn in a nearby public park – the produce is free for public consumption. At home, Peter has more produce than he can eat.

“People don’t need more stuff,” says Peter, “and the world doesn’t need more waste. You’ve got billions of people in developing countries and they’re aspiring to a Western lifestyle, but I don’t think the world can sustain everyone living in the same manner that we’re accustomed to.” 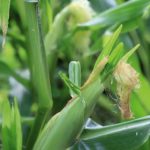 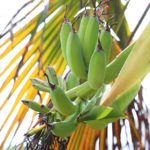 The bananas came with the garden. 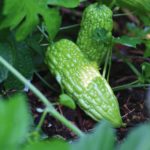 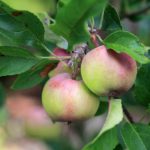 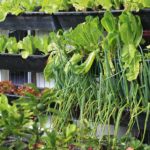 Peter has four compost piles and a worm farm, but his zero-waste philosophy extends beyond breaking down plant material and kitchen scraps.

Cockle shells from a beach trip become garden paving, a foldable washing line is used to train a pumpkin, a leaky boat is a raised flower bed. Peter picked up his superior tomato-staking skills as a child.

“I wouldn’t class myself as a greenie, I’m just doing my bit,” says Peter.

“A World Bank report said New Zealanders produce 3.68kg of waste per person per day. It’s staggering, and it’s not sustainable. A lady up the road was throwing away her picket fence because it was ‘rotten’, but it just had little nicks in it.”

The palings have since found a home in Peter’s garden where he grows a number of vegetables traditionally enjoyed by his forebears in China, including ‘Shark Fin’ melon (fig-leaf gourd), bitter gourds, loofa, Chinese chives and kangkong (water convolvulus). 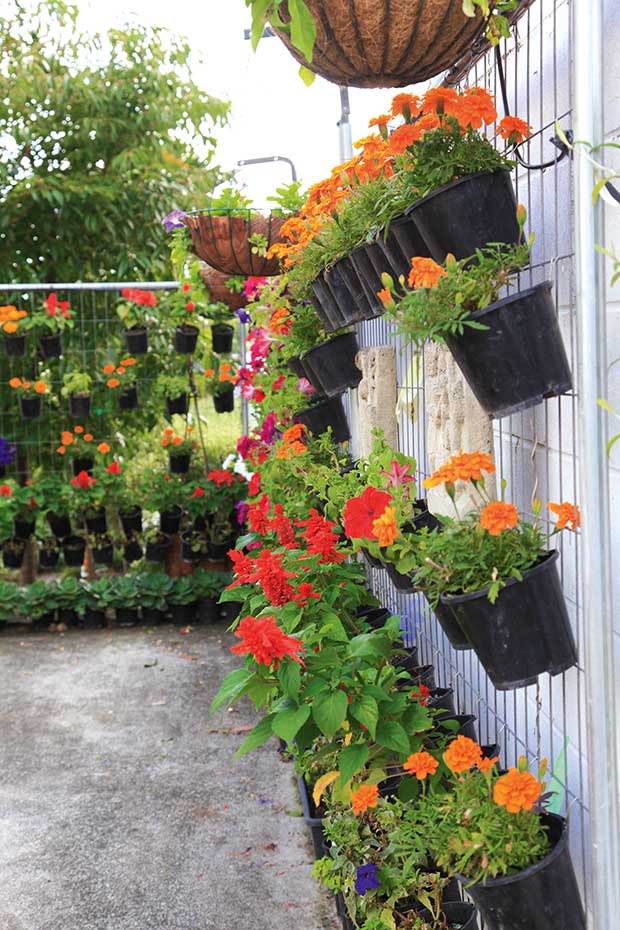 Marigolds are grown as companion plants.

He dries much of his fruit and bok choy using a traditional Chinese solar dryer.

“On a recent trip to China, I saw vegetables drying in the sun, it has probably been done that way for millennia, so I brought that idea back to Auckland.” In winter Peter converts part of his veggie garden to a tulip field, planting 1000 bulbs which he chills in a recycled refrigerator.

Last year he chilled the tulip bulbs much earlier than usual and planted in early autumn, providing blooms in early winter and enough time for a second planting.

More stories you might like:
What is fourth-dimension garden design? How Nelson Lebo uses this approach on his 5.1ha permaculture farm 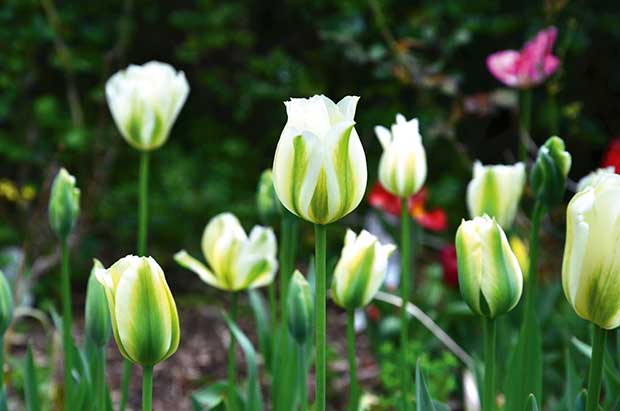 “I was inspired by the most beautiful spring garden in the world – the Keukenhof Gardens – just outside Amsterdam. It’s good to have a bit of fun and the bees love the tulips,” says Peter. 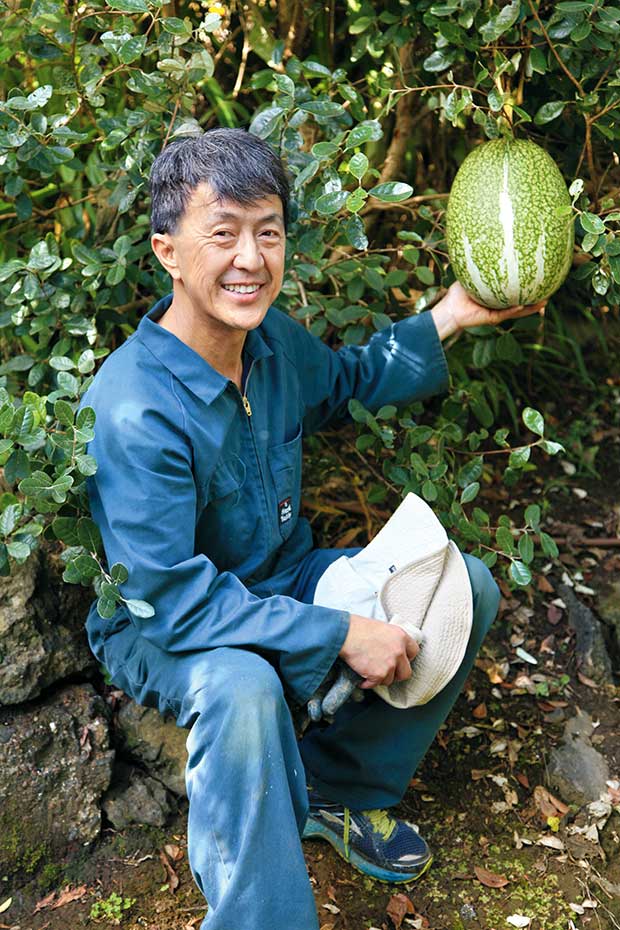 1. To avoid tomato plants toppling over as they mature, drive sturdy stakes deep into the ground with a hammer. It’s easier to do this when the soil softens after rain or watering.

2. Remove side shoots on tomato plants to make them easier to stake and manage, and improve air-circulation to lessen the risk of disease – you’ll get fewer but bigger fruit.

3. Looks aren’t everything: the tastiest tomato Peter has ever grown is ‘Black Krim’, a variety that produces large dark-red fruit with green shoulders. “It looks half-ripe but tastes fantastic,” he says.

4. Small areas can have big results. “My nephew and his wife recently moved into an apartment above an old shop. They grow in containers and had tomatoes before I did.
Their covered patio area has clear corrugated roofing, so it’s perfect for tomatoes; almost a ready-made glasshouse.”

5. Apricots usually require 500-600 hours of winter chill and are not typically suited to Auckland’s climate, but Peter has had great success with ‘Tomcot’ a compact variety that bears large, bright-orange fruit with excellent flavour, arriving just in time for Christmas. 6. Of his five plum trees, which include ‘Black Doris’ and yellow-flesh variety ‘Purple King’, ‘Omega’ has been his best fruiter. Guava moths destroyed his crop this year, but he will lay pheromone traps in conjunction with his neighbours next year.

7. Unless lineage is established, don’t use self-seeded plants. If the parent plant was a hybrid, the next generation may have different characteristics than expected.

This story is an extract from In Your Backyard: Urban Harvest, a special edition of NZ Life & Leisure, about growing food in small city spaces. It’s packed with advice such as how to start a productive veggie garden, the best crops, creating awesome soil, vertical growing, container gardening, hydroponics, espaliered trees and edible hedges. Order online at shop.thisnzlife.co.nz