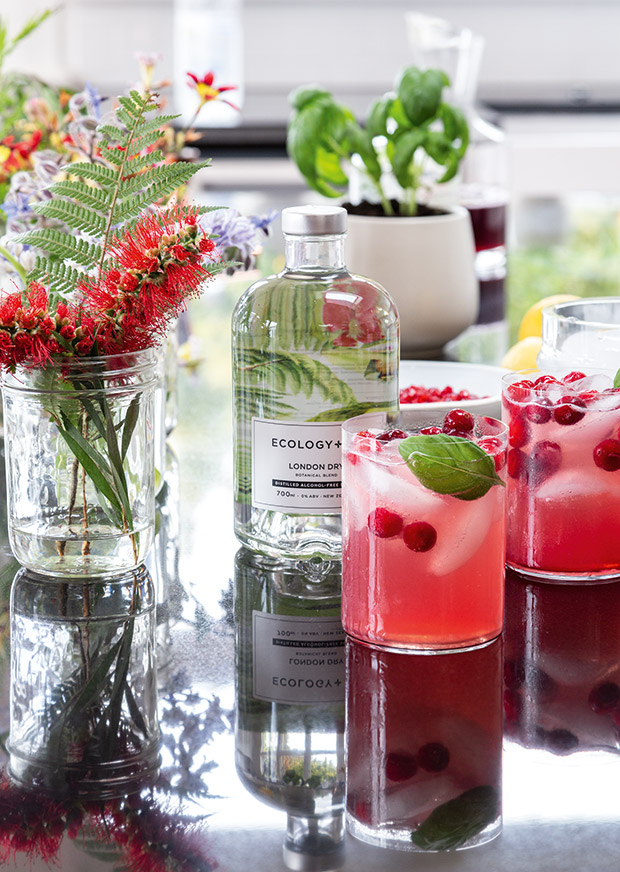 An entrepreneurial couple has an answer for anyone wanting to cut down on booze — a sugar-free, alcohol-free gin.

In a corner of the former butcher’s shop in Devonport, lemon myrtle leaves are bubbling away in a copper still, producing about a teaspoon of essence an hour.

Their sweet, citrusy scent wafts through the air, mingling with subtle, spicy cardamon notes. And, hitting the back of the nose, vietnamese black pepper slowly soaks to extract its astringency.

Steaming away in another corner are large containers of cassia (a thicker, coarser version of cinnamon bark) and liquorice root, a secret ingredient for the earthiness of distiller/gin-maker Will Miller’s London Dry blend.

What began as a hobby in 2017 after Will completed a hobby distillers’ course on Waiheke Island has escalated into full-scale production. It’s not what he anticipated. When he moved to New Zealand, after meeting his wife, Di, in India, the 45-year-old just loved the idea of making gin. Most countries don’t allow people to distil at home, only to brew beer or make wine. But this couple loves gin. “I’ve always been a gin girl rather than champagne,” says Di. But that was until the 50-year-old found herself waking at 3am with an ache in her liver and not being able to get back to sleep. “And I soon got sick of being offered lemon, lime and bitters or some sweet alternative,” she adds.

That’s when Will began trying to produce a gin “without the booze”. Di loved the idea and has driven it ever since.

“She’s a serial entrepreneur,” comments Will. He’s since been back to Scotland for another distillers’ course. And, after taste-tests on friends, the Millers launched Ecology + Co last February with two blends — London Dry and Asian Spice. 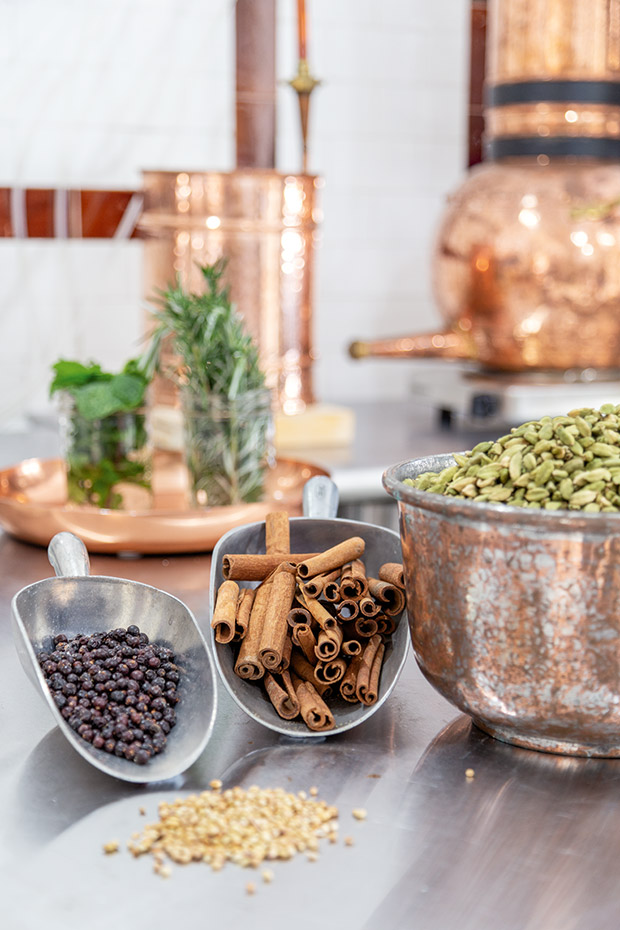 Ingredients such as juniper, cumin and cinnamon are distinctly coloured, but by the end of the Ecology + Co distilling process, the liquid they produce is pure and clear.

“Had we not had bottling and labeling disasters, we would have been on the market before Seedlip in New Zealand,” says Di. (Seedlip, Britain’s first alcohol-free “gin”, was released here last year.) But that has probably worked in their favour as Seedlip has people talking more about alcohol-free alternatives.

Now Will and Di are distributing through Lion New Zealand, New World and Farro, all three companies realizing the void for adult-suitable, non-alcoholic drinks. Negotiations are underway to distribute in Australia, too.

“The level of consciousness has increased,” says Di. “People now know that alcohol messes with your head. They’re saying, ‘I want to have a drink but I want to go to yoga in the morning.’”

Meanwhile, Will’s botanical brews with their complex flavours are gaining traction. For example, they have a regular order from a devout gin drinker who is trying to give up his three bottles of Tanqueray each week. And they have customers with head injuries who can enjoy a grown-up drink again; people with pre-diabetes and others on medication who can’t handle alcohol.

Air New Zealand sought out the distillery after its customer experience manager, Niki Chave, tasted the product. “Last summer, I spent time in the Bay of Islands with a friend as she completed a year of wellness, which included being alcohol-free. She mixed me a fabulous cocktail with Ecology & Co, soda and pink grapefruit,” explains Niki.

“Back at work, I reviewed some research into customers’ perceptions of drinking onboard. The timing was perfect, and I reached out to Ecology + Co. I loved their story, their mission, and I wanted to shine a light on this New Zealand start-up.” 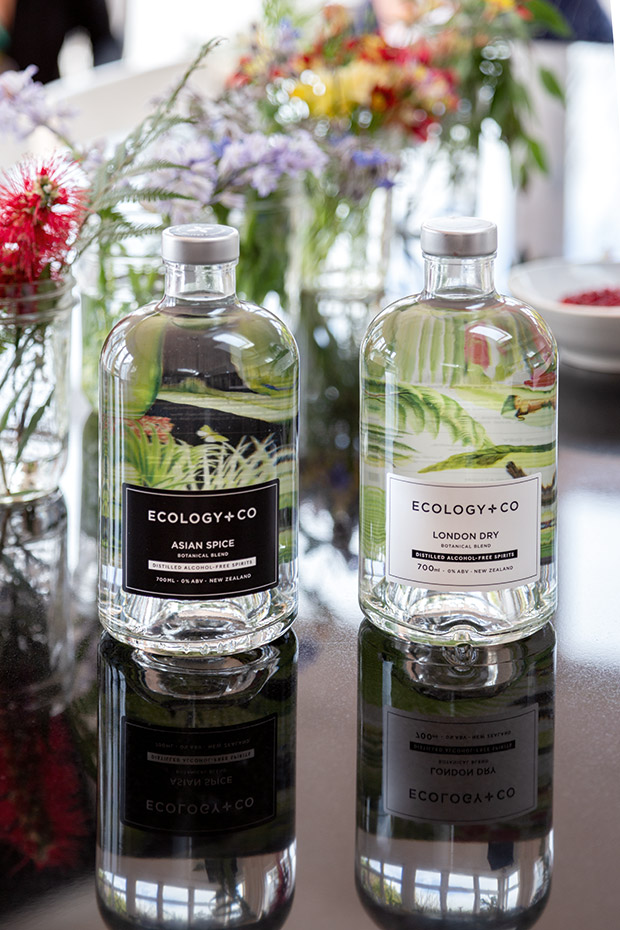 The Millers asked an artist to add birds and butterflies to the 100-year-old botanical line-and-ink drawings they used for their labels.

Will and Di find markets are the best way of promoting their gin. “You have to try the product,” says Di.

Surprisingly, her best experience was at Waikato Fieldays. “Rural people get it. They’re always driving so they are more aware,” she adds.

Being a small producer means it’s easy for the Millers to produce a gin that’s alcohol-free. Alcohol, most commonly ethanol, is used in the distilling process to extract and preserve the flavour of the botanicals.

Some producers use alcohol in their process for that reason, and either remove or dilute to an acceptable level. The definition of alcohol-free varies from country to country, but in New Zealand it means 0.05 per cent alcohol by volume or less, says Will. “We have no alcohol, and that gives us a point of difference to our competitors.” Instead, he uses more botanicals and spices — a complex and costly process that involves intensive labour.

Distilling is a far cry from his usual work. Will was in India selling advertising for Star TV, an offshoot of Sky television, when he met Di at dinner with friends. The former Westlake Girls High student had dropped out of her business and agriculture degree to work for Statistics NZ before heading to London.

She worked there for eight years. Then she headed to India to set up a remote call centre for global management consultants, McKinsey & Co, later rolling out another in Johannesburg. Realizing the potential, she found partners and set up her own enterprise in India focusing on outsourced tech support for Hewlett-Packard and Microsoft, employing about 2000 people. 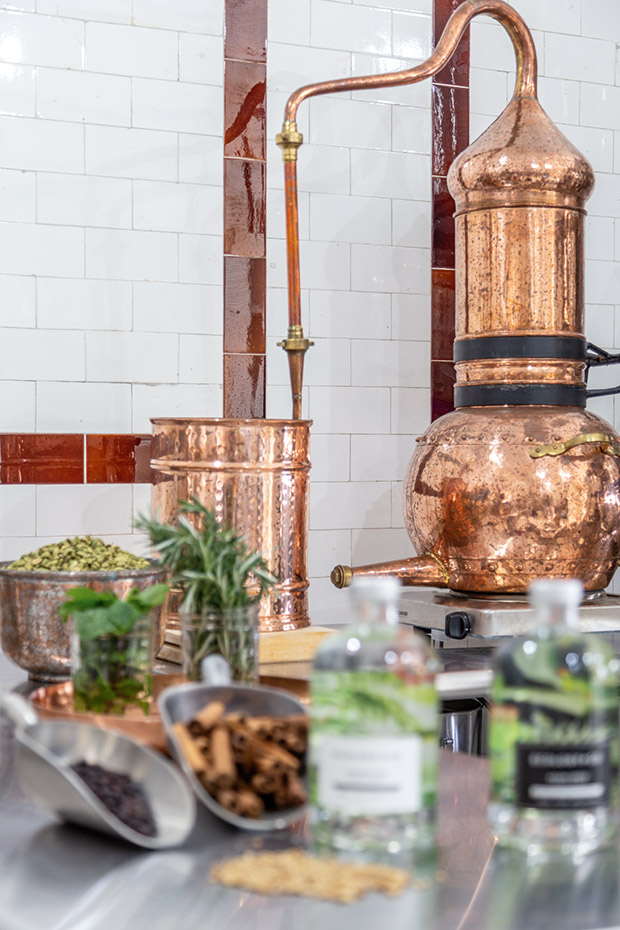 A copper alembic condenser uses boiling water in its base and a “tea bag” of botanicals in the centre to collect and filter the intense flavours.

“But then I needed to come home,” says Di. Her mother was diagnosed with Alzheimer’s at 59 and, with little support available for sufferers under 65, the couple returned home and bought a house in Devonport with a granny flat.

While caring for her mother and raising their daughter, Georgie, now 11, Di’s entrepreneurial urge has been suppressed somewhat. But now it’s all go. “I don’t care if I’m up till 11pm, I love being my own boss.”

The couple has big ambitions. They want to be the first “million-dollar luxury alcohol-free spirits brand to come out of New Zealand”.

“When I’m in the mood for something ‘adult’, I mix our London Dry with Fever-Tree Refreshingly Light Indian Tonic. I love the tonic because it’s low-sugar, non-artificial and doesn’t dominate the palate. The mix is essentially a guilt-free G&T. I recently had a delicious pairing of our Asian Spice blend at The Engine Room bistro in Auckland. It was served in a salt-rimmed glass, and blended with orange syrup, lime and soda.

“At work, when I need a daytime boost, I reach for an Arepa — a plant-based brain “nootropic” [nootropics claim to increase brain function] so I can stay focused. I also love Charity Tea’s kawa tea chilled and added with a slice of lemon to our London Dry. It’s another no-sugar way to have a G&T while supporting a great cause.” Squeeze the lemon juice into a cocktail shaker. Add Barker’s syrup and 40ml of London Dry. Fill shaker with ice.

Give a quick shake and strain into a tumbler. Top with soda water. Garnish with basil leaf and berries.