Amy Schumer’s new film  I Feel Pretty is a departure from the brash comedy style the star is famous for.

I Feel Pretty allows raunchy, outspoken American comic Amy Schumer to play a softer brand of comedy, much sweeter than what she’s known for. In a throwback to the narrative structure of early 2000’s rom-coms I Feel Pretty is a PG-13 wish-fulfilment story that begins when insecure Schumer’s character, Renee Bennett, hits her head in a SoulCycle class and magically wakes up a Kylie “Jenner” supermodel. The twist? Renee looks exactly the same to everyone but herself. The body-swap device (similar to Freaky Friday and 13 Going on 30) is meant to teach Renee (and presumably the audience) some life-lessons about what women can achieve with a shot of self-confidence and body positivity. 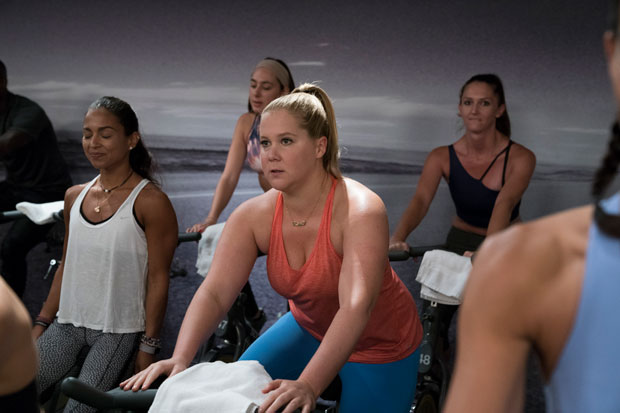 Although, in a perceptive decision by scriptwriters Abby Kohn and Marc Silverstein (How to Be Single, Never Been Kissed) we never actually see Renee’s idea of her beautiful self. I Feel Pretty scores its laughs on silly situations; “beautiful” Renee chases the professional and romantic dreams that snooty retail clerks and employees at high-end beauty company Lily LeClair believe are unattainable for non-supermodel-esque girls. The film delivers on its premise to be lighthearted, brain-candy and contains plenty of laugh-out-loud moments. However, it falls somewhat flat serving up the body positivity message: the audience is invited to laugh at appearances, then made to feel guilty about it. 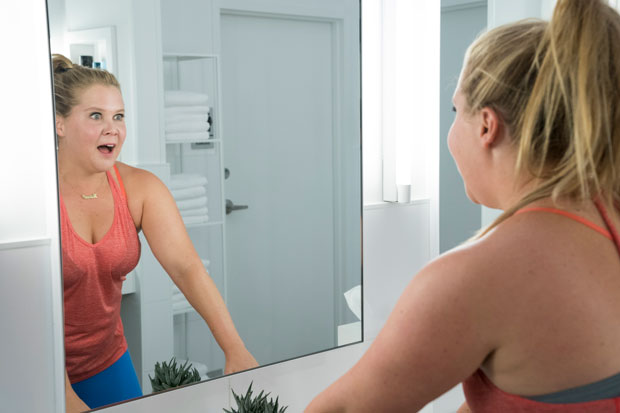 Ethan (Rory Scovel) provides some of the most genuine moments as Renee’s shy, winningly feminine love interest and Michelle Williams is hilarious as Avery LeClaire, the CEO and approval-seeking granddaughter of the company’s founder Lily (Lauren Hutton). Avery is plagued by a high-pitched baby voice that undermines her position. But the bestie characters Vivian (Aidy Bryant) and Jane (Busy Philipps) feel more like the director going through genre-required motions. Like Anne Hathaway in The Devil Wears Prada, Schumer’s character jeopardises her relationships when she enters the glamorous world of Lily LeClair’s 5th Avenue office. Except, Renee is beyond thrilled with her receptionist job and immediately excels at it. I Feel Pretty is well-meaning, fun, and doesn’t really go anywhere Bridget Jones’s Diary hasn’t already. But, to dismiss it is to deny yourself a good-time movie that wasn’t made to be taken all that seriously in the first place.