What’s the deal with gluten? Debunking gluten intolerance, coeliac disease, and why the gluten-free diet is so popular 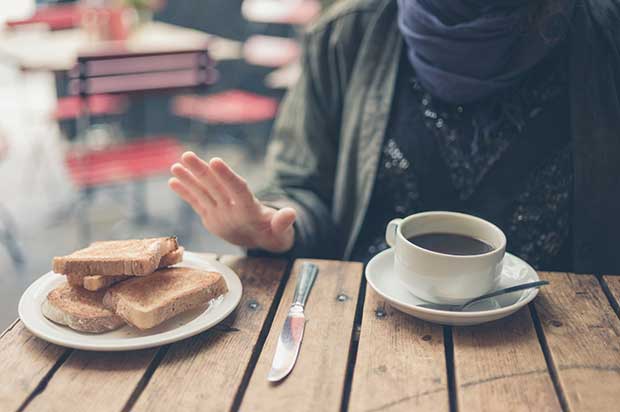 Learning to eat without wheat is common. But why? And is going gluten-free really necessary?

People with coeliac disease can’t eat foods containing gluten. But there are some who, despite testing negative, have digestive symptoms that disappear if they avoid it.

“Gluten sensitivity” is the 10th-ranking health search for females older than 25; for girls under six it probably would be “unicorns”. Debates rage about the existence of both. Since 2010, sales of gluten-free alternatives have doubled, with 54 per cent of younger consumers opting for at least one gluten-free product.

Coeliac disease is a permanent intestinal reaction to dietary gluten — when the cells lining the small bowel (intestine) become damaged and inflamed. This causes flattening of the tiny, finger-like projections called villi that line the inside of the bowel, and when the villi become flat, the surface area of the bowel decreases, which interferes with nutrient absorption.

Although coeliac disease is a specific and sometimes debilitating condition, people without the illness can also have autoimmune reactions to grains and gluten. The tests for the disease don’t identify those with a condition called “non-coeliac gluten sensitivity” (NCGS), even though they may react to even smaller amounts of gluten than those with coeliac. About five per cent of the non-coeliac population experience significant gut symptoms after eating gluten.

So what is gluten and how did it become the villain? Gluten is a protein complex found in wheat (and all wheat relatives such as spelt, emmer, einkorn, kamut and farro), rye and barley. There is also a type of gluten found in oats called avenin, to which some react.

People may respond to all gluten proteins (gliadin in wheat, secalin in rye, hordelin in barley and avenin in oats). Or they may only react to some, depending on their particular intolerance. Oats will never be entirely gluten-free as they will always contain avenin even if they are described as gluten-free (free from gliadin). About 20 per cent of people with coeliac disease react to avenin in oats.

How can we explain why people around the world might be increasingly wheat sensitive when humans have been cultivating wheat for about 10,000 years? The wheat that the west now consumes is, almost exclusively, common wheat (Triticum aestivum). This cultivar contains chromosomes from all the ancient relatives selectively bred for easier harvesting. 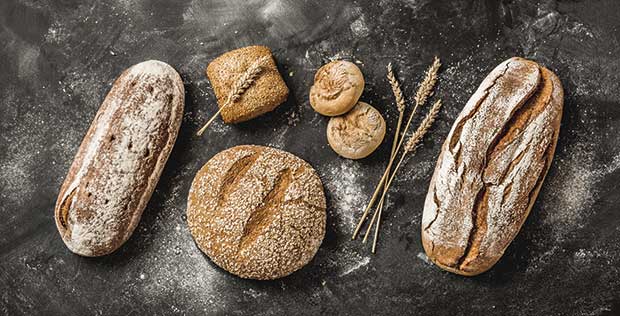 But this complex genetic structure has new elements that might trigger reactions in the immune system. It also may explain why some people react adversely to common wheat and yet can eat spelt or emmer bread without issues. Common wheat now has a glycaemic index similar to sugar and a greater tendency to raise blood sugar than ancient varieties.

The wheat grown in New Zealand is still changing rapidly. In 1961 the New Zealand-bred wheat strains “aotea”, “arawa” and “hilgendorf” produced most of the country’s baking wheat. According to the Foundation for Agricultural Research, in 2015 those varieties had been replaced by “duchess”, “reliance”
and “discovery”.

Donald Kasarda, noted agricultural researcher in the USA, believes the method of wheat milling and breeding hasn’t changed much over the past 100 years. The president of the North American Society for the Study of Celiac Disease also told The New Yorker that the rise of coeliac disease and gluten sensitivity cannot be linked to the genetics of wheat.

So what can be causing the problem? Some say the increase in additives in wheat products (such as stabilizers and preservatives) is to blame. Others cite evidence of changes in gut bacteria, which has been linked to the development of autoimmune diseases.

As grain evolved, so did baking methods. All whole grains naturally contain wild yeasts and lactic bacteria necessary to start fermentation. The breads made using these, rather than cultivated yeast, are known as sourdough. When the grain is mixed with water, the yeasts start to digest the starch in the grain, while the bacteria digest the various anti-nutrients that can interfere with digestion and absorption of nutrients. All European breads were sourdough until the middle of the 20th century. That was when the most aggressive yeast strain, baker’s or brewer’s yeast (Saccharomyces cerevisiae), was isolated and used for lighter breads.

Unfortunately, this change in breadmaking inadvertently removed the bacteria. And in cultivating yeast for speed and growth, the most beneficial aspect of the sourdough process was lost — the removal of anti-nutrients that break down gluten. The most significant change came in 1962 when the Chorleywood Baking Process (CBP) was developed by the British Baking Industries Research Association in Chorleywood, Britain.

The Chorleywood method uses lower-protein wheats and reduces processing time, and the system can produce a loaf from flour to sliced and packaged form in about three and a half hours. But it uses chlorine dioxide, l-ascorbic acid (vitamin C), l-cysteine hydrochloride and xylanase to make the dough easier to use in machines. Asparaginase reduces acrylamide formation in baking. Lipase breaks down fats. And amylase makes the sugars in the wheat metabolize quicker by yeast. Are the additives a problem? They are not listed as enzymes considered to be processing aids. Either all are spent in the process, or they are, like yeast, destroyed in the cooking. But many studies suggest that real bread, produced with longer fermentation times, could have positive implications in health and nutrition, including digestibility, compared with Chorleywood method bread.

A recent Norwegian study suggests that children who get a gastroenteritis virus before the age of three might be more likely to develop coeliac diseases later in life. Although the 15-year Norwegian study does not claim to be conclusive, it does suggest a “significant association” between the two events. Perhaps gastro diseases in childhood can cause damage to the parts of the stomach that protect the body from coeliac disease?

Help is needed now for those suffering from coeliac disease and NCGS. Think of gluten sensitivity as a spectrum with coeliac disease at one end and non-specific gluten intolerance at the other. The chart will depend on many factors: genetic heritage, DNA, stress levels and general health. At one end are people who don’t have to avoid gluten but notice that they feel better and more energetic if they do. At the other are those who have severe autoimmune reactions to the protein.

Get a professional diagnosis if gluten is causing problems.

The side-effects of gluten sensitivity and coeliac disease aren’t the same for everyone. Both often go undiagnosed or misdiagnosed.

On the other end of the spectrum, some people self-diagnose themselves incorrectly. People who aren’t gluten sensitive won’t necessarily benefit from a gluten-free diet. coeliac.org.nz