Kobi Bosshard fell off a mountain. Roped to his friend, Murray, they hurtled through space before coming to a bone-jarring halt in a tree. But for that fortuitously placed tree, what could have been the end was in fact a beginning. 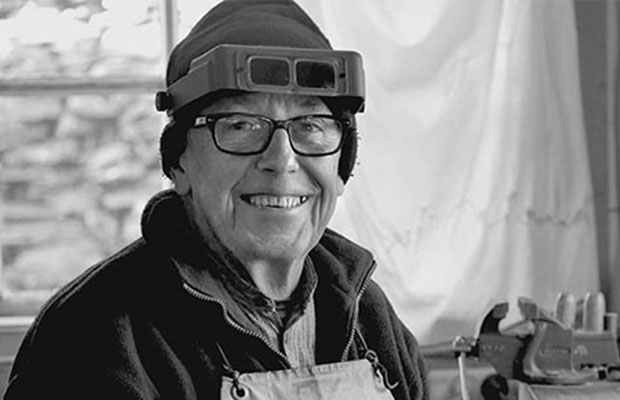 Although he doesn’t subscribe to the notion of gods, Kobi is a believer that there is ‘something’ out there greater than the sum of us. The incident reinforced what he already knew: anyone can fall; you can almost always get back on your feet; from there the only way is up.

Jakob (Kobi) Bosshard came to New Zealand from Uster in Switzerland in 1961 looking for adventure and by the time he arrived at Aorangi/Mt Cook he had clocked up a few. The first was a six-week voyage across three oceans and a sea. He had a moment of uncertainty when he arrived here to find it wasn’t the palm-strewn paradise he thought all Pacific nations were but…the only way is up. 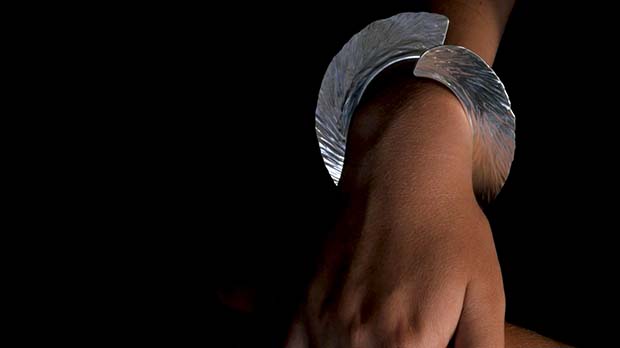 A forged bangle by Kobi.

His trade as a goldsmith – like his father and grandfather before him – took him to a job in Wellington before youthful arrogance did him in, after which he turned to labouring at the capital’s botanic gardens. There he planted 3000 begonias, noting without surprise that the beauty and colour of the blooms were on a par with precious stones.

Planting those flowers was probably the only time in his life he looked downward. His penchant had always been to look out and up and it was ‘up’ he was increasingly missing – up mountains in particular – so he headed to the Southern Alps to become an alpine guide. 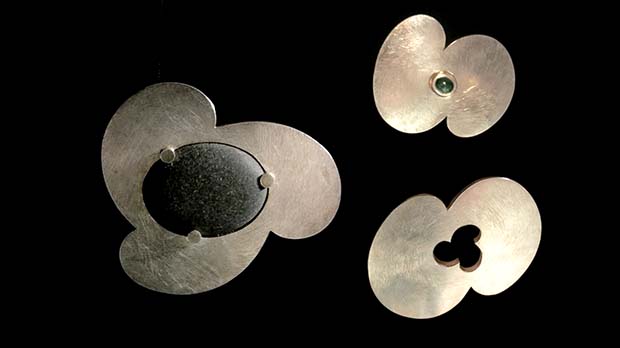 He was as handsome as all get-out when Patricia Browne first set eyes on him at Aorangi/Mt Cook where she was working in hospitality. Kobi liked what he saw, too. They married and had the first of their three children, Andrea. This tiny scrap of a thing would later use even smaller scraps of film she had made of their lives as the basis of a documentary about her now bashfully-famous father.
Alpine guiding proved a sideline in Kobi’s life. His evolution from journeyman goldsmith to master craftsman is credited with transforming contemporary jewellery in this country and he is now considered the grandfather of New Zealand jewellery. 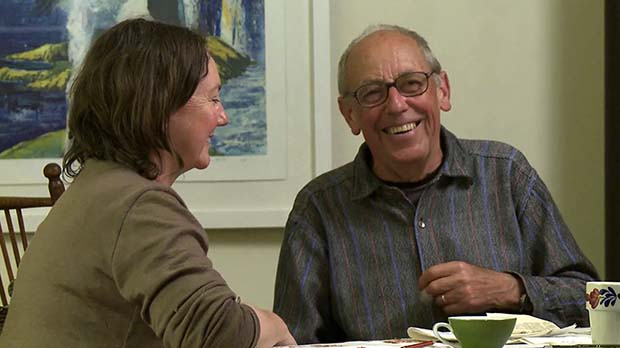 Kobi with his daughter, filmmaker Andrea.

Andrea has filmed her family ever since a friend gave her a Super8 camera when she was 16. It was a defining moment because it was as a teenager that she determined to become a film-maker. All those vignettes of their lives, those stolen moments, celluloid portraits of her family, have become Kobi – a Life Work four years in the making and ten months in editing.
“The filming was easy, says Andrea, “because my family had become used to the camera over the years. But there was a tacit understanding that every aspect of the story was given to me with the greatest trust, and that I would treat it with respect and grace.” 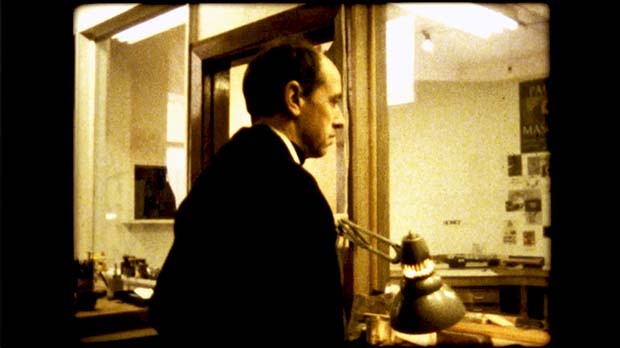 Kobi captured on the Super8 camera.

She had seen her father fail and succeed in all areas of his life: his arrest during the apartheid protests; his protest in the 1970s against the proposed Aramoana aluminium smelter; and his struggle to make a living as a jeweller. That was until Kobi made his first square-to-round bangle, referred to as the bread-and-butter bangle, the piece that kept a roof over their heads. Kobi and Patricia – the children called their parents by their given names, says Andrea – involved their children in all aspects of their lives – there were no secrets, no exclusions.  “So, yes, says Andrea, “to film it was easy, but the editing was hard and for all the same reasons, really.” 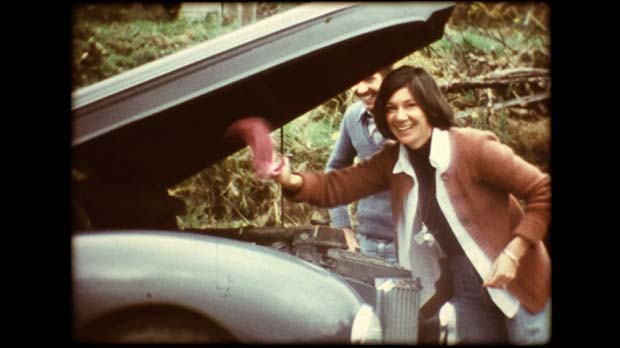 Patricia captured on the Super8.

How do you edit something so close to your heart? With every film you edit”, says her partner, film editor Shane Loader, “you have a crisis of confidence, either in the material, or in your skills as an editor. But you’ve just got to keep plugging away, and eventually it all comes together.”

More stories you might like:
Quick DIY project: Give instant glam to a tired old terracotta pot

He and Andrea worried that although so much of the editing was intuitive and they just knew it was right, there was a chance they might fail to see the work with fresh eyes. “We were so used to the subject that we were afraid we might cut it too fast, or too tight. It took us ten months to do the edit and when we sat down with Russell Campbell, Adjunct Professor of Film at Victoria University of Wellington, who is our mentor, we were beyond nervous. But he told us the result was fabulous. What a relief!”

KOBI – A Life Work is in cinemas 8 March