Anthony Byrt and the conversation of art Anthony Byrt is speaking at the Auckland Writers Festival.

Journalist and art critic Anthony Byrt is doing his bit to make the world – and Northland – a better place. He talks about this, and contemporary art, at the Auckland Writers Festival on May 20
Words: Lee-Anne Duncan
Anthony Byrt is someone who feels the weight of the world, and he’s prepared to do something about it.
He thinks. He muses. He writes, grappling with what he’s thinking, whether it’s politics, climate change, city planning and regeneration, or the place of contemporary art in New Zealand. Perhaps unusually for an art critic, who, as a professional group traditionally tells the uninitiated what to think, Anthony says he’s often working it all out as he’s writing.
“As a critic I’ve always taken the view my writing should be somewhat speculative and part of me thinking out loud, rather than holding forth in judgement. I tend to use my writing as a form of public thinking rather than resolving everything first and then publishing. This becomes incredibly nerve-wracking once it goes into the public arena!” 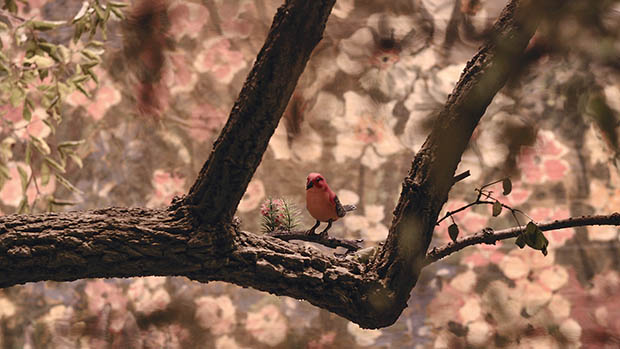 Steve Carr, still from American Night, 2014. Courtesy of the artist and Michael Lett. This work appears in Anthony Byrt’s book This Model World: Travels to the Edge of Contemporary Art.

This honesty is probably one of the reasons he’s one of the speakers at this year’s Auckland Writers Festival, where he will discuss New Zealand’s contemporary art scene, warts and all. He’ll also discuss his book This Model World: Travels to the Edge of Contemporary Art, which is a finalist in the General Non-Fiction category of the Ockham New Zealand Book Awards (winners announced on May 16).
Yes, it’s about New Zealand’s contemporary art scene, which Anthony says is getting stronger and stronger, especially in our artists’ global regard. But it’s personal – it’s Anthony’s travels to the edge of contemporary art while grappling with politics and social issues, as the reader rides shotgun.

More stories you might like:
How Chris Tse juggles the worlds of public section communications and poetry

“It’s an attempt to embody an experience of being with contemporary art. When you are with it, you can feel a lot of doubts and confusions, particularly when confronted by art that might seem esoteric or overly intellectual,” he says. 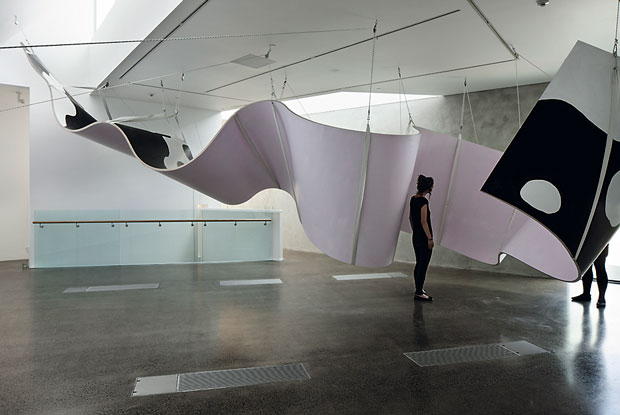 “So I think the book has reached the audience it has because there’s a main narrator – a version of me – alongside the reader, trying to grapple with these things in the world. I might be a bit more informed because I spend my professional life thinking about these things, but that doesn’t mean I have all the answers.”

The book starts as Anthony, an Aucklander, and his wife Kyra return home in 2011, following the ’ traumatic birth of newborn son James. After eight years living in London and Berlin, Anthony found a Kiwi art scene very much improved, while global social issues had intensified.

“We published the book in September [2016] and Donald Trump was elected in November. The book mentions the rise of Trump and Isis, and the refugee crisis, and we’ve only seen those things worsen. Because I feel those things heavily, I can either become desperately upset or trapped, or I can look for my own forms of resistance and optimism,” Anthony says.

“I’m trying to align my writing with the way I live more directly, so the whole thing becomes more holistically about how I want to be, both through my work and my life.” Anthony’s patch of land in Mangawhai

And that’s about living sustainably, considerately, with an eye to the future, so the place Anthony feels most optimistic about now is Mangawhai, Northland.

It’s where he and Kyra have just finalised the purchase of a 1.2-hectare block, part of an old orchard that’s been sliced up and sold off. Currently, half the land is planted in avocados and “magnificent” tamarillos, but Anthony says they’re still considering how to use the land.
“We’re deliberately taking things slowly. We want to step out of the crazy property pace and figure out what to do with it long term. Given Kyra is an architect we’ll inevitably build something. It’s beautiful volcanic soil up there, with its own microclimate. It really is the ‘winterless north’ so you can grow anything. We’re excited.” He’s also excited about being back in Northland where he spent quite a bit of his childhood. “With the whole housing crisis, everyone’s been frantically buying property south of Auckland. Northland’s been neglected by successive governments but the potential up there is amazing, particularly for growing fresh food and produce. As much as I want a block of land for us, I want doing this to be part of something quite future-oriented for that region.

“I’ve become very concerned about the direct correlation between the economic model we’ve been living by for the last 30 years and climate change. If you try to take those massive issues on, you can’t do a lot. But if you take us wanting to live sustainably in Mangawhai, I feel like I can do something.

“It might be a form of resistance or progress to take this piece of land and turn it into something productive, addressing questions around climate change on an individual level. I’m also interested in taking up issues that are very particular to New Zealand. The future of Auckland is definitely one. And Northland is something I want to fight for too.”

Anthony’s also excited about what being in Mangawhai might do for his writing – something he likes to do alone, away from bustle. Aside from an intermittent teaching position with a Master of Fine Arts programme, writing is his full-time gig. Another book is underway, and he writes art reviews and general journalism for local outlets Metro and Paperboy, as well as regular contributions to international art media, such as Artforum and Frieze.

When the couple do finally build something you can be sure the walls will be hung with art, complemented by Kyra’s ceramic collection. “A lot of our art comes from people who I’ve got a strong working relationship or friendship with. So it’s more like family photographs, reminders of intimacies, really, as much as nice things to have.”

But Anthony says it’s perfectly okay to choose art because you like the way it looks. “Contemporary art is a very particular conversation. It’s about testing conceptual limits, or the boundaries of media, or thinking about the political in relation to what an artist might make. It’s constantly about the pursuit of the new, finding a new angle on an issue.

“That’s quite separate, often, to what people want to live with at home. I completely understand why people don’t want to be confronted with something radically strange in their living room. That’s one of things I think my book has helped people understand.”
Helpfully, Anthony likens contemporary art to the often equally bemusing world of high fashion.

“We have this global art biennale circuit, and people like me tromp off and assess what’s happening. It’s very much like going to London or Milan Fashion Week and knowing 90% of the stuff that comes down the catwalk is going to be forgotten. But every now and again there are those things that stay in the culture and that change the conversation. As a contemporary art critic I’m looking for those moments.”

And for anyone who feels a boundary-pushing artist is just taking the mick, Anthony is reassuring. “The reason artists put their work into the public is because they want to be part of a high-quality conversation to do with ideas and newness. They’re not trying to make us feel stupid.

“It’s beholden on the wider art community, the curators and the critics, to help the public understand they’re not being made fun of. That’s certainly what I am trying to do with the book. It’s not just about reaching the specialist audience – I want to reach people who are curious about this world I’m a part of.” 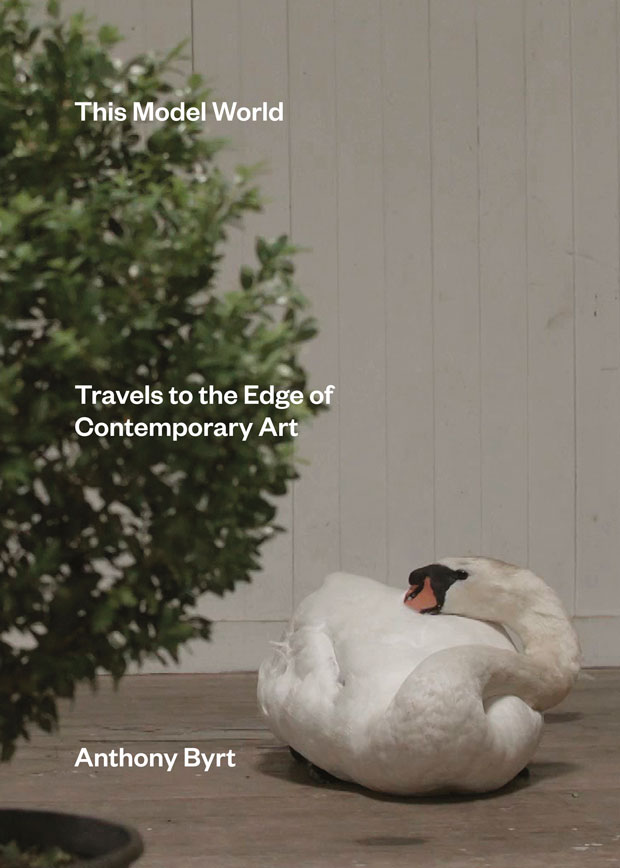