A former fine-arts student finds his muse in providing Aucklanders with organic produce.

Auckland’s Symonds Street footpath bustles each day with office-workers and university students running to meet their busy schedules. In their haste, they might easily miss one of the city’s best secrets. The only hint, after all, is a tall row of sunflowers behind a gate and standing out against a row of cafés.

Those nosey enough to step through the gate may find themselves uttering “OMG” at the sight of what is sprawling behind it. And they’d be right, as they’d have stumbled upon the Organic Market Garden (OMG) an urban farm in central Auckland.

Head farmer and Elam fine arts graduate, Levi Brinsdon-Hall, has guided the growth of the OMG since its set-up in 2018. OMG is central to For The Love of Bees (FTLOB), an ambitious project seeking to transform cities into safe spaces for bees. The City Rail Link (CRL) became inspired by their past installations and approached FTLOB for ideas on what to do with an old car park, on the corner of Newton Road and Symonds Street.

CRL’s Ewart Barnsley says the abandoned car park was a problem. “It attracted quite a bit of antisocial behaviour and complaints from the community living nearby. So we asked the community what they’d like to do with it.”

An initial team of collaborators within FTLOB, being the busy bees that they are, proposed the solution of a community garden. After hearing about FTLOB’s proposal, CRL offered a lease of the land. “It was simply a great opportunity in helping us bring the community together,” says Ewart.

More stories you might like:
The many nights (and years) it took Kaikōura sculptor Ben Foster to restore this 1961 Volkswagen Karmann Ghia

The CRL provided $30,000 for set-up costs alongside the lease. FTLOB then called on the local community for help in a series of 10 working bees. “Basically, we dug rubble out of the ground and sowed seeds,” says Levi. 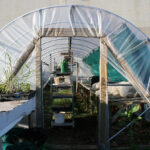 Seedlings are raised in the OMG greenhouse. 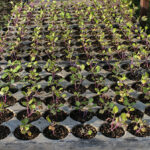 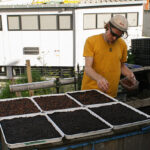 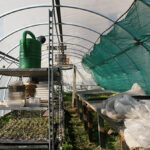 Perhap it’s the artist in him but Levi was completely unfazed by his lack of prior farming or growing experience. And his team of volunteers were more than happy to dive into the soil hands-first too.

It didn’t take long for lines of crops to replace the rubble with vegetables bursting forth from the soil. Three years on, the only clue that OMG was once a car park is the surrounding apartment buildings. This contrast of scenery operates in reverse too. Rather than white parking lines, tenants instead see rows of lush green produce, everything from lettuce to courgettes. 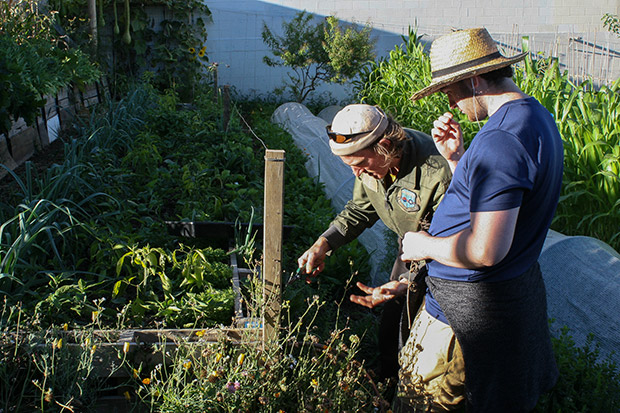 Levi shows a volunteer how to harvest herbs.

Levi, a graduate of Elam School of Fine Arts, sees the plants as his work of art. The principles of regenerative agriculture guide his growing practices.

“We try our very hardest to minimize disturbance to the soil. This involves not using any spades, forks or plows, basically anything that’s metal which rips through the soil,” says Levi. “Synthetic fertiliser is banned. We consider the soil to be a living organism, one holding the infinite possibility of getting better every season. There’s a human idea that as gardeners and we as farmers have to mechanically aerate the soil. But what actually brings the air into the soil is living earthworms digging all the time for us, 24/7, for free,” says Levi. 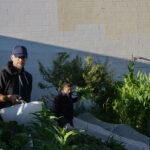 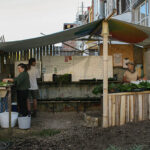 A group of volunteers hard at work during OMG’s weekly harvest on Tuesday and Friday mornings. 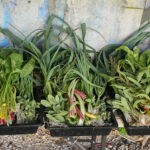 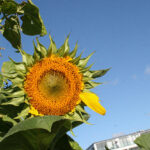 The success of Levi’s philosophy isn’t only in it having recently celebrated a 10th season of production but it also provides personal rewards for its volunteers. Assistant farmer, Rhi Phoebe-Walker is not a natural city-slicker. She usually moves about the country from small town to small town, however, the prospect of coping with city life became more bearable after hearing about Levi’s work.

“It feels integral to be doing this mahi around the people who may not even consider it to be available to them. Because they’re working so much, they just need to focus on making enough money to support their families or pay rent. And they stop having that time to do these things,” she says. 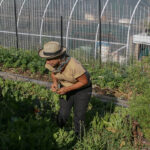 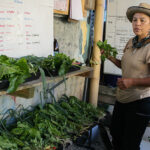 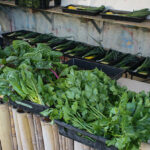 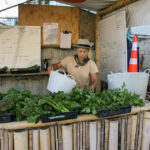 This dedication of the OMG team to their local community has earned them a positive reputation with nearby city-dwellers. “We do vegetable boxes twice a week, throughout the year. This means that at the end of this season, we’ve produced 3640 boxes to date,” says Levi.

There are now 28 subscribers who pre-pay for a season’s veggie-box programme. Levi thinks this number will continue to grow. OMG also supplies local businesses with salad greens and seedling packs for physical collection and online (mainly Instagram). A compost programme is also available for Aucklanders wanting to drop in their food scraps. These dramatic beauties are called rampicantes, an Italian variety of squash.

Encouraging Aucklanders to have a stronger connection with their food is a massive motivation behind the garden. Levi and Rhi see themselves as a solution to climate change.

More stories you might like:
Auckland makerspace space Hackland is a grown-up playground for building and making

“You don’t need to drive big trucks around to have fresh produce. What we’re practising at the market garden is a major solution to climate change. We’ve always wanted to push boundaries and prove what is possible,” says Levi. Business success sits lower among the garden’s priorities, it will always be the community who come first. Levi has been there from the beginning and is in awe at the number of people who have come through the gate over the years.

“I wish I had recorded proper data around how many people have volunteered. It’s hundreds and hundreds of people. And not only that, with 3600+ veggie boxes, they’ve all collected from the farm, so that’s 3600 visits… 3600 conversations that we’ve had with people.” 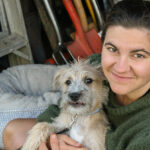 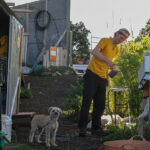 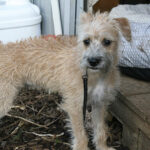 OMG is now a hub where neighbours from nearby apartment complexes can connect. Three people on the same apartment floor, who surprisingly didn’t know each other, now pick up each other’s veggie boxes from the garden below.

Between their vision and limited supply of land, OMG proves the endless possibilities of a city. “Now we just need more of these farms everywhere. It means people living in the city can be healthier, more connected to each other whilst having really good access to a clean environment and beautiful food,” says Levi.