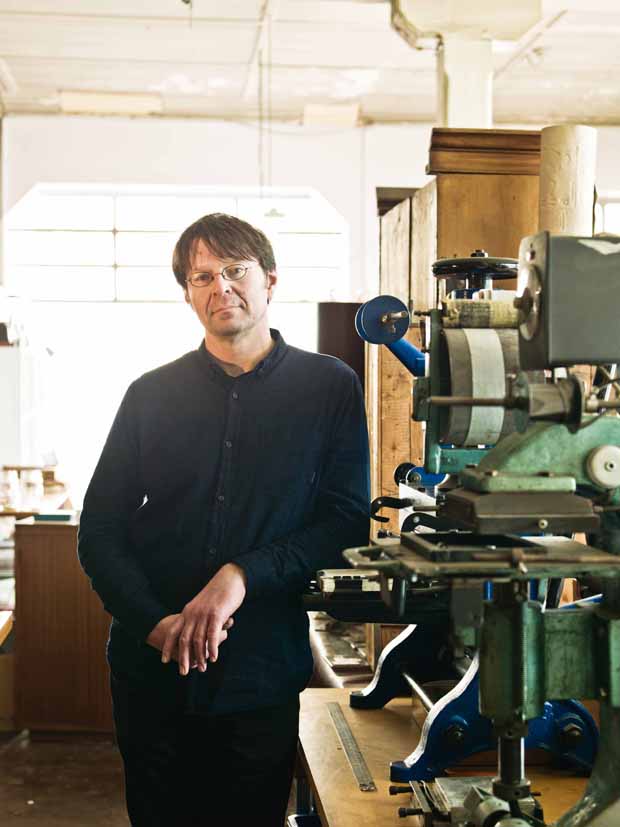 David Stedman is doing his artisan bit to keep our digitally drenched society in love with paper.

The desire to buy some beer and a set of wheels must have hastened the career choice of many a teenaged male. It was certainly enough to propel a young David Stedman into bookbinding. He fell into it sideways (money-ways) not expecting he’d grow to love this papery path, follow it for the next 32 years, and hatch his own artisan bookbinding business, Dutybound. 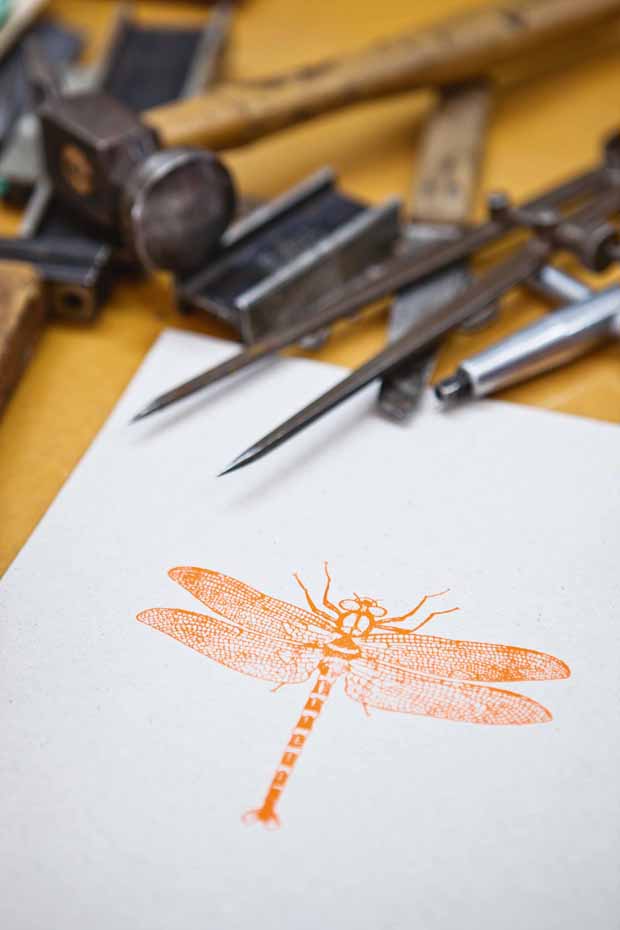 You can spot him through the window as you drive past Dunedin’s warehouse precinct: the sole head bobbing between a family of large machines, the most newfangled of which dates from the 1960s. The oldies boast birthdays in the 1880s. “They’re just big lumps of iron so there’s very little that can go wrong with them as long as you pop a bit of grease on them now and then,” he says. “If you’re doing things by hand, you don’t want a lot of technology getting in the way because it obliges you to go into high runs. I don’t have to do all those upgrades – all I need is a bit of mechanical nous.” 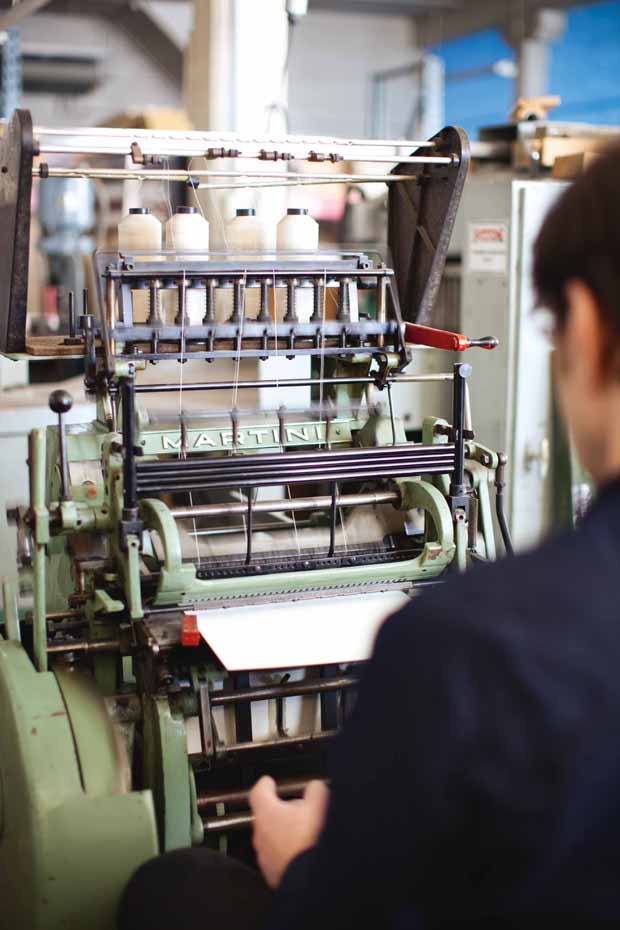 His pet is his book-sewing machine. “It’s a Swiss-built piece of brilliance. I just oil it and keeping an eye on it. I hand-feed it – it’s quite speedy. When I’m running it, I’m very happy. I couldn’t do what I do without that machine – if I had a more modern piece of equipment it would be incredibly expensive and have horrible digital things that would get in the way. I’d probably have to do a thousand books to justify setting it up. The kind of equipment I use allows me to keep my hands on the job, which creates a particular kind of product. If I started to get too modern and automated, my hands would be away from the whole process and I’d end up with something that could be bought anywhere very cheaply.” 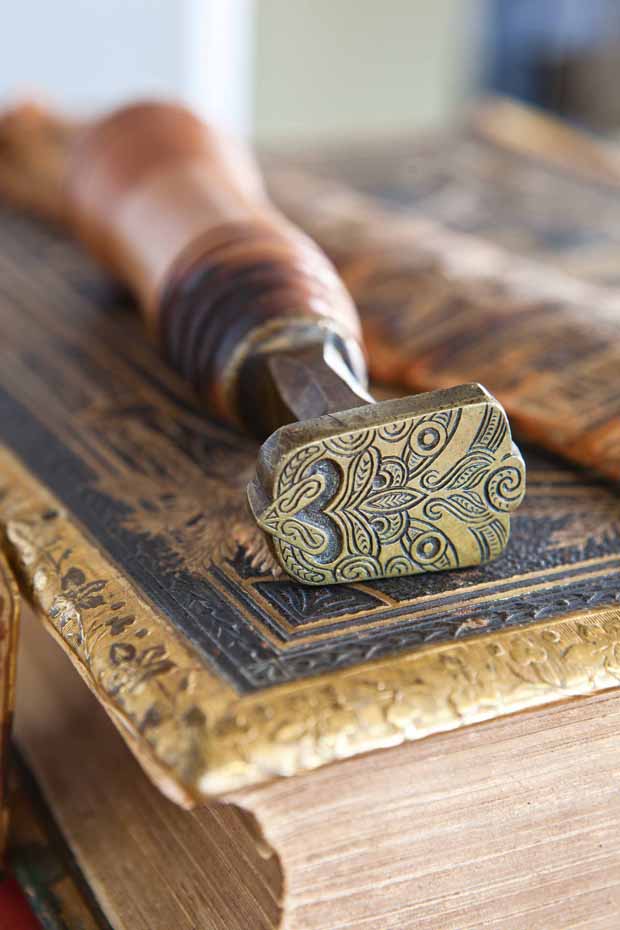 Paperphilia is in the Stedman blood. David’s father started his working life in newspapers as a linotype operator (for The Evening Star and The Otago Daily Times) and older brother Stephen took on a printing apprenticeship straight from school. David was determined to be different. “I watched them and thought, ‘I’m not going to have any of that. I’m going to be my own person.’ But when I left school I realized I needed a job. I got offered a printing-assistant position and I thought, ‘I want a car and I want to be able to buy beer, and this might be a good way to do that.’” (A beery aside: an old school friend, the hops-savvy Richard Emerson, named one of his brews in David’s honour – Emerson’s Bookbinder.) 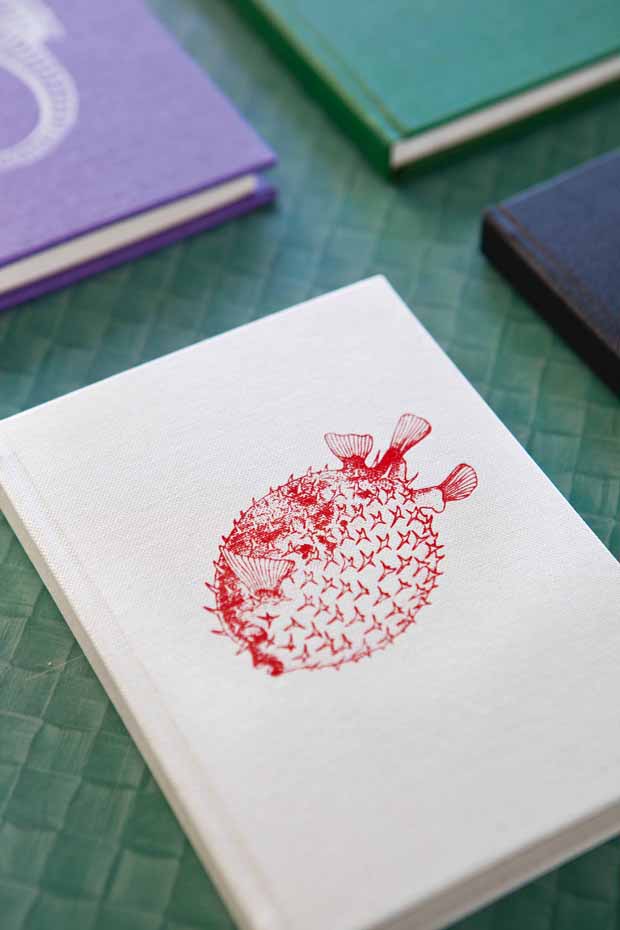 David landed a bookbinding apprenticeship at Dunedin printing/ publishing firm John McIndoe after a minimal vetting process. “There were only two interview questions: ‘Why do you want to be involved in the printing industry?’ I said, ‘Oh, it’s a family thing (I didn’t say I just wanted some money).’ The second question was: ‘When can you start.’ I said, ‘How about Monday?’” 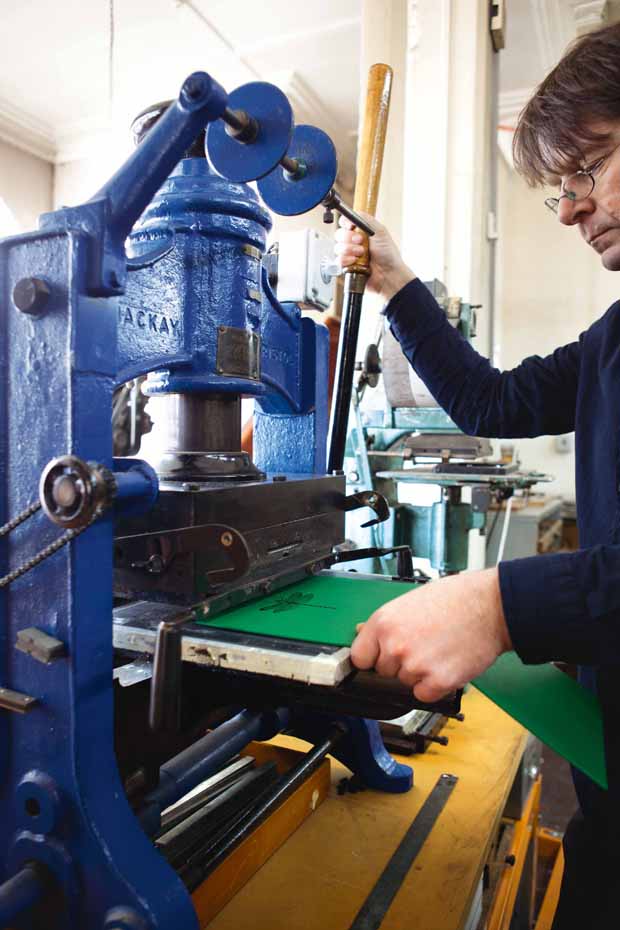 Four years later, he took a job in the bindery unit at the Dunedin Public Library, which was fine… until it wasn’t. The last eight of his 14 years there were joy-squeezed by managerial duties. “I felt that all I was doing was managing people and dealing with issues that didn’t have much to do with bookbinding. It hollowed me out. I just wanted to get the books done.” 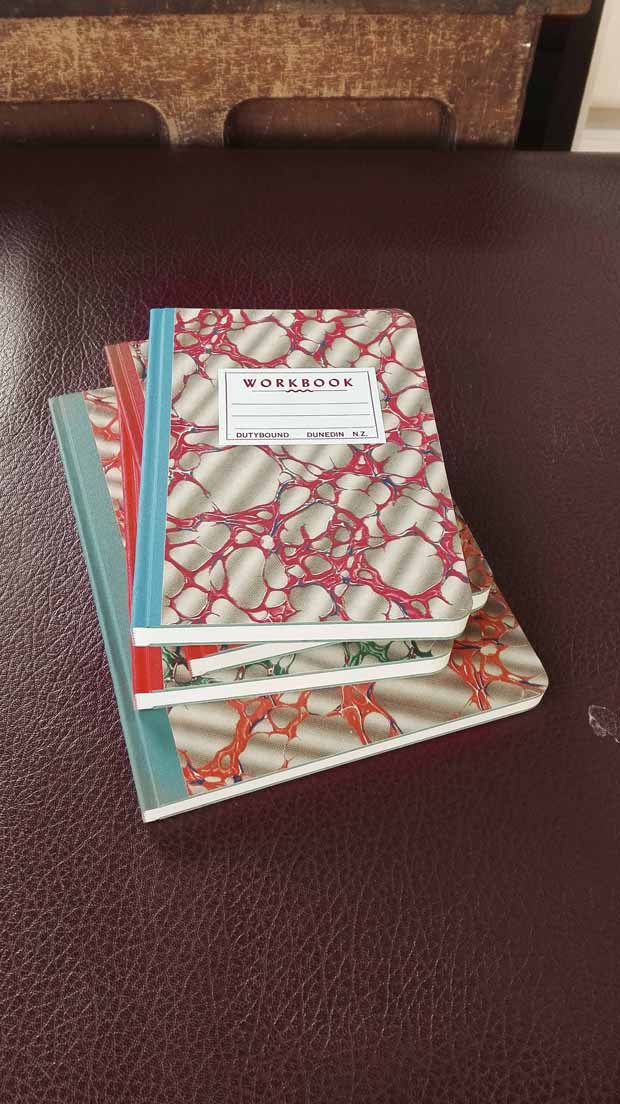 One giant leap of faith later, he set up his own bookbinding business. Boss: David. Workforce: David. Staff niggles: nil. His work diet is now a happy “mash-up”: he makes tribute folders for Hope and Sons Funeral Directors, repairs books, makes preservation boxes, binds memoirs and personal histories, and designs and crafts artisan journals and albums. He also has a nifty little sideline of printing onto pencils, lest you want a good, honest bit of personalized wood to scribe with. 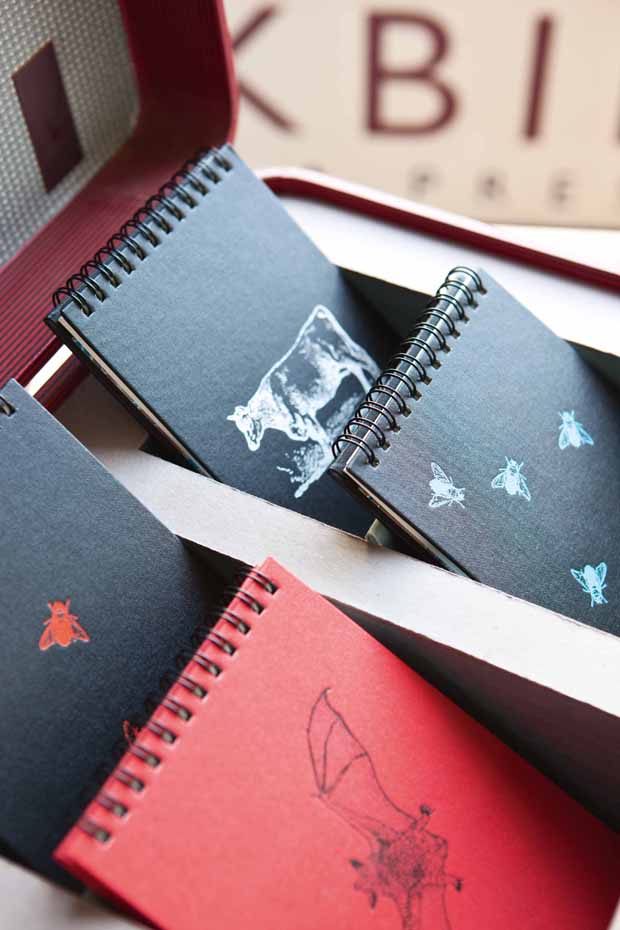 As much as he prizes paper and books, David’s no strident anti- Kindle sort. “There’s room for both. In a way, the Kindle helps printed books and printed matter because it creates a designation between the two and emphasizes their differences. And you can’t take a whole lot of books on an plane so it probably encourages people to have access to much more reading material.” Quite charitable, that, for a man who makes his living from pushing against the digital slide. Such is his faith in nostalgia’s pull. “People still want to read a printed book, or pick up a pencil and write. They want to feel paper – it’s a tactile thing.” Dutybound, 57 Crawford Street, Dunedin.