Bags not: New Zealand retailers are ditching plastic bags – are you ready? 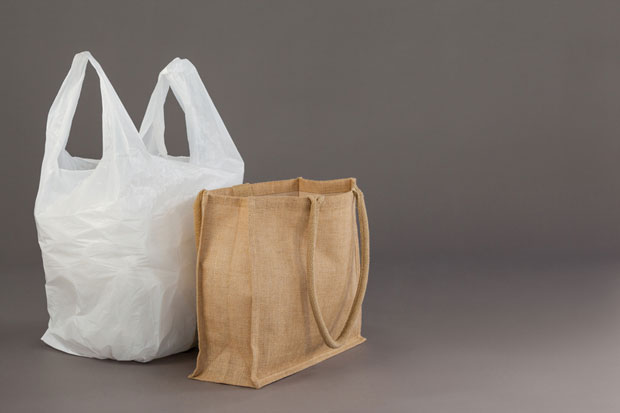 It’s finally happening. After lots of talk, greener bagging options are set for a checkout near you.

Gone are the days of heedlessly piling groceries into plastic bags at the local supermarket. Purchases are soon to sit snug in bags of the reusable and compostable kind. Cue Mother Nature’s sigh of relief.
Major retailers across the country are leading a charge to ditch single-use plastic bags by the end of this year. Countdown, Foodstuffs, Farro Fresh, The Warehouse Group and Z service stations are among businesses that have pledged to scrap the slippery fiends.

New Zealanders appear to have a plastic-bag addiction, taking home 1.6 billion single-use plastic bags per year– enough to carpet the entire country twice. The problem? Plastic bags don’t break down and can hang around for centuries as tiny pieces called microplastics, which have turned up in our drinking water, seafood, beer and honey.

Countdown is waving goodbye to its production of a whopping 350 million single-use plastic bags each year. The supermarket’s plastic bags will be phased out of all stores by the end of 2018 and swapped with $1 reusable bags, which they’ll replace for free as they wear out.

Countdown’s general manager of corporate affairs Kiri Hannifin says there’s been enough talk about ditching plastic bags and it’s time to put plans into action. “The 100% Pure campaign that’s been around for years has led us to a place where there’s some complacency. People just think our country’s amazing, which it is, but it’s turning quick,” she says.

Since May, 10 Countdowns have already scrapped single-use plastic bags at checkouts. Kiri says that, unexpectedly, it’s been plain sailing. “I really think New Zealanders are there and on-board. Now their question is, ‘What next?’”
Customers are encouraged to bring their own reusable bags to shop, but they’re not limited to canvas or cotton. One woman in Dargaville brought a wheelbarrow to grocery shop – she was dressed appropriately in gumboots.
New World, Pak’nSave and Four Square shoppers will also need their reusable bags (or wheelbarrows) at the ready. Just like Countdown, Foodstuffs has pledged to kick plastic bags by the end of this year.

Compostable bags for 15 cents will replace plastic by year’s end at The Warehouse Group’s 254 stores (The Warehouse, Noel Leeming, Warehouse Stationery and Torpedo7). Their new bags are plant-based and made from food waste like potato skins, which disintegrate within 12 weeks in compost.

Plenty of ‘yahoos’ on social media followed the announcement, says The Warehouse Group’s customer experience officer David Benattar. “The feedback has been really positive; people wanted this change.”
David is an avid plastic bag-avoider himself and carries canvas bags in his truck. “When I forget them you see a crazy French guy at the shop running around with rolls of toilet paper falling out of his arms, because I really resist using plastic bags.”

There’s debate over which plastic-free bag option is best for New Zealand’s environment, but the co-founder of a nationwide campaign tackling shoppers’ bag habits (Bags Not) Nick Morrison says the focus needs to be on changing single-use behaviour. 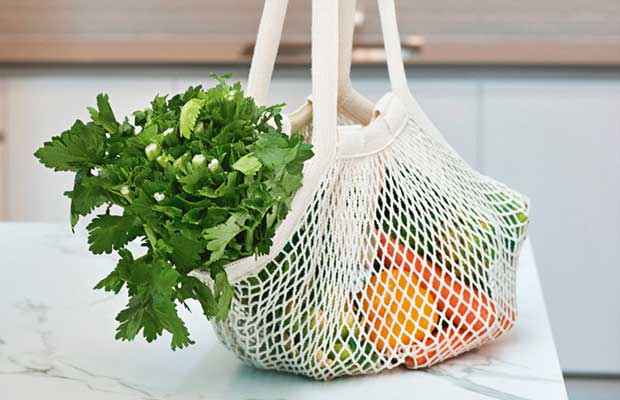 “It’s about changing our habits, as you leave the house thinking: ‘take your keys, take your wallet, take your reusable bag’. That’s going to really reduce the amount of resources we use.”
A total ban on single-use plastic bags might not be far off. Prime Minister Jacinda Ardern told One News in June she was eager to hear advice from the Ministry for the Environment on scrapping them completely. She said alternatives like compostable bags should be considered.
Those keen to get a head start on shopping without plastic bags can get involved in Plastic Free July this month, by saying ‘bags not’ to single-use plastic. That way, reaching for reusable bags at checkouts will be second nature by the time retailers’ changes kick in.

Plastic Free July is a challenge and attempt to reduce your plastic consumption for the month of July. Register here: plasticfreejuly.org/register.html

Reduce your plastic consumption and make your own natural cleaning products