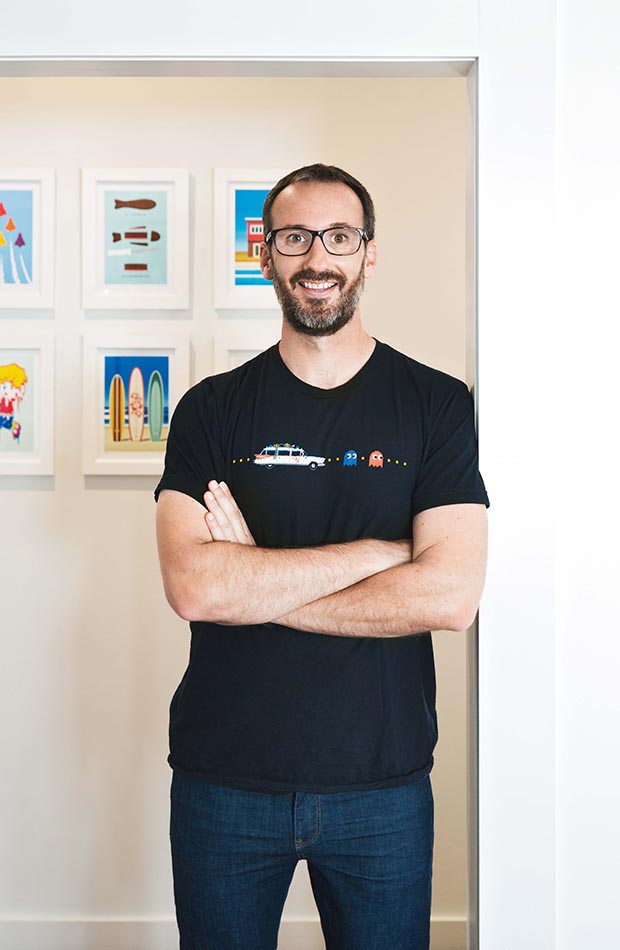 Graphic designer Glenn Jones burst onto the T-shirt scene with a bang and has gone on to create a global business from the spare room of his Auckland villa.

1988–1993
Takapuna Grammar, then Auckland Technical Institute (now AUT)
North Shore lad Glenn spent his school years creating exceptionally illustrated title pages for his school books. “I enjoyed school when I was drawing and knew – early on – that I wanted a career as an artist. As that interest grew, my dedication to the business end of school started to wane.” Post-high school, Glenn studied commercial art at Auckland’s Technical Institute, but he never completed the course. Six months in, his mum spotted an ad for a junior designer, and the rest is history.

1993–2000
Junior designer for NZ Rural Press, then designer at Arterior Motives
“NZ Rural Press owned publications such as NZ Farmer. I would slice and paste together layouts using wax machines and different tapes – it seemed like we were at the forefront of design technology until our two new Mac computers arrived.”

The black and white machines, with a now-meagre two megabytes of RAM, came with one of the first versions of Adobe Photoshop and Illustrator and, with his boss’ blessing (most of the team weren’t keen on these new arrivals), Glenn opened their brick-heavy manuals and taught himself the programmes. 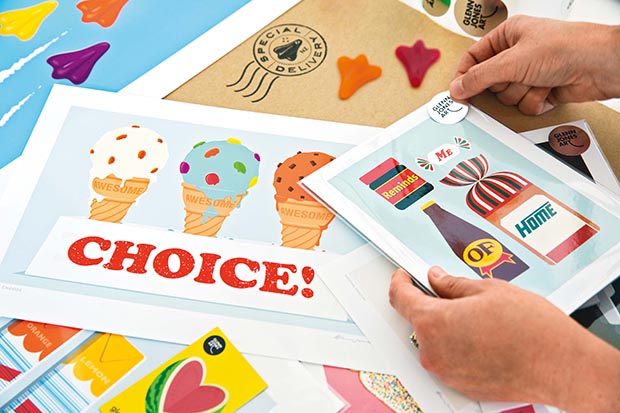 “I was lucky to have a boss who encouraged me to learn, and who also recognized when it was time for me to move on. He urged me to take an opportunity at design company Arterior Motives, where I worked as a graphic designer until 2000.”

More stories you might like:
Sarah Hopkinson transforms the front lawn of her 800sqm section into a productive vegetable garden

2000–2003
Woodward & Co, London
With friends leaving en masse for their O.E., Glenn packed his bags. A job at design agency Woodward & Co introduced him to big brand work for Unilever and Sainsbury’s and gave him a sense of direction for his return to New Zealand. “Post 2001, there was this feeling that something was going to happen in London – terrorism became a real threat, and it just felt weird. It was time to come home.”

2003–2008
Dashwood Design
“Dashwood Design worked with brands such as Fonterra, Tip Top, and Frucor. I was hired in 2003 for a two-day freelance job and left in 2008 as the creative director. It was my dream job – hard work and long hours, but I could feel that I was solidifying my career in design, which drove me to keep climbing the ladder and push myself.” 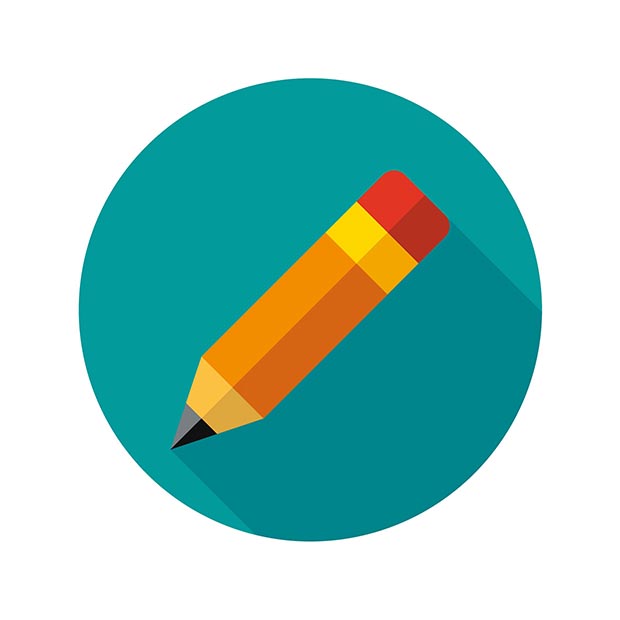 2004–current
T-shirt designer, threadless.com, and Glennz Tees
Glenn had a secret. By day he was a graphic designer, but by night, he was creating T-shirt designs for the Chicago-based online store, threadless.com. Threadless allows potential buyers to vote on their favourite T-shirt designs, with the winners going into production. “I posted in my spare time, and by 2006, I was their highest-selling designer.

I was approached by my now-business partner, an Austin-based company which was already set up to produce T-shirts, who said, ‘you do the art, we’ll do the rest’. So I resigned from Dashwood and started Glennz Tees. We’ve sold more than half a million T-shirts.” Glenn’s online portfolio was the number one viewed link on Reddit [an online community where readers vote for their favourite content] for a weekend and has been viewed more than 2.2 million times.

More stories you might like:
Kiwi actor Tyler Warwick turned to TikTok while in lockdown limbo — and became an internet sensation 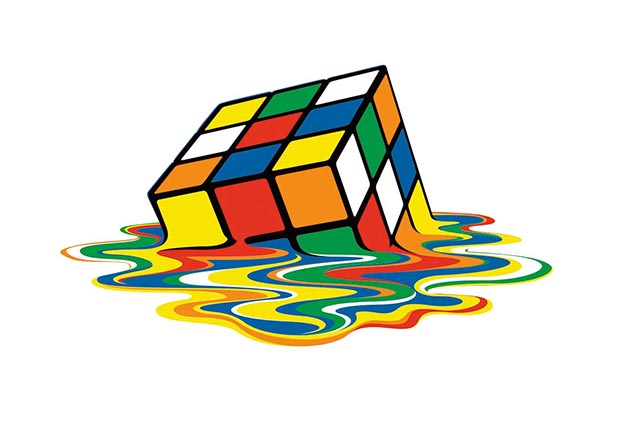 Glenn also experienced viral fame after character Sheldon Cooper wore his melting Rubik’s cube T-shirt in the opening credits of the television show, The Big Bang Theory. Overnight, orders exploded and continued to climb whenever the show played worldwide (about 140 times a week). Job offers appeared from all ends of the earth; for two years, Glenn was part of the team designing Google’s Santa Tracker.

2012
Glenn Jones Art
Glenn and wife Julia’s first child arrived in 2012, so the couple looked for business options with work/life balance. They found it in their spare-room office. “Most of my work was American-based pop culture, so we turned to Kiwiana for inspiration and created Glenn Jones Art – a range of prints playing with recognizable nostalgia (think: jetplane lollies, chocolate fish, and Marmite). Julia is a project manager, so it was a perfect match. Business took off and we had to re-evaluate and bring in experts in fields like manufacturing so we could focus on our strengths and our family.” Turnaround is quick – Glenn has an idea during his morning run and an art print is on its way to a customer by 5pm. glennz.co.nz

* Go global
“Only maybe five per cent of the people I work with know that I live in New Zealand. The internet is a global market; geography means nothing so why limit yourself? I’m often contacted by students asking for my advice. It is this: get your portfolio online. You never know who is looking.”

* Evolve
While Glenn is fast, the internet is faster, and copycats appear almost instantly. “The only way to get past the online copyright issue is to let it go and be at the forefront. Keep creating. Don’t sit and wait; change things, add things and evolve. Create a loyal fan base. It’s hard to stop replication; it’s the reality of an online business.”

* Play to strengths
“New Zealanders love to be entrepreneurial but stick to what you are good at and leave others to what they are good at. Don’t try and do it all – you’ll start from scratch every time and make mistakes others have already made. Use their knowledge. You may not always get the ‘best value’, but you’ll have a better product.”