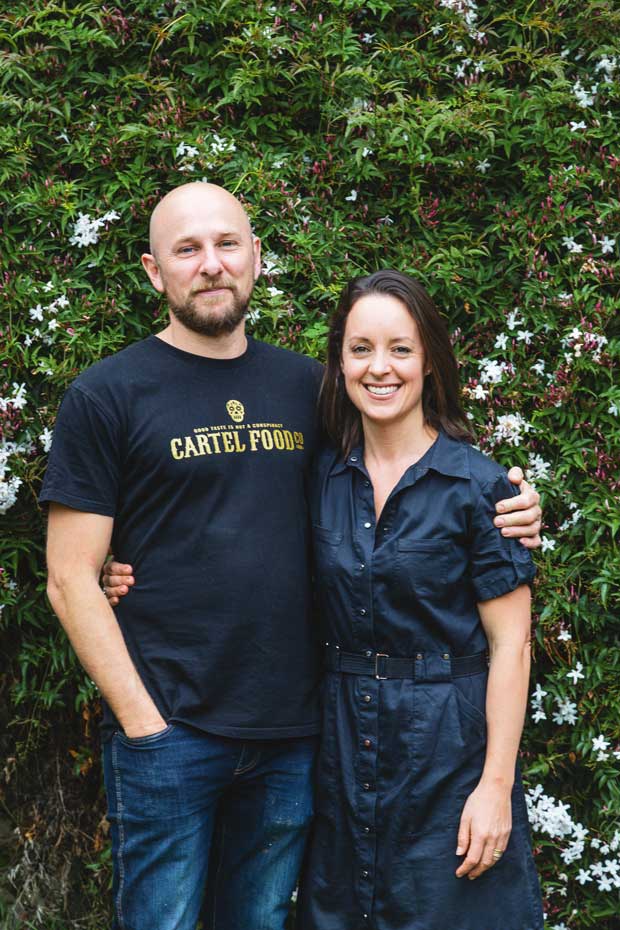 Surf-loving foodies Jason and Melissa Philips downsized and relocated to the Wairarapa to give their hand-rolled burrito business the best chance of catching a big break.

When Jason met Melissa he was a blond, long-haired surfer wearing impressive gold earrings. She fell for his California dream looks at a high-school party. He offered her a Lion Brown stubbie.

Two decades later the long hair may be missing but there’s still something of the surfie dude in Jason Philips’ attitude to life. “I’ve tried many avenues to make money. If I have an idea I look for a way to make it happen.” As a youngster that included selling his brother’s toys at an impromptu roadside stall. These days his focus is burritos. And Melissa, who locked eyes with her future husband as a 17-year-old schoolgirl, has thrown her sombrero in the ring to join him in the business.

Cartel Food Company makes hand-rolled burritos sold in the frozen section of selected supermarkets. The idea for their high-quality Mexican “fast” foods had its genesis in Jason’s teenage years when he lived in San Marcos in San Diego County. He’d hang out in the courtyard of the El Patio taqueria eating carne asada burritos from tables festooned with garish plastic tablecloths beneath strings of fairy lights. “It was tacky but authentic.”

With a belief that the Mexican wave in New Zealand was growing and supermarket sales experience behind him, he determined to replicate the smoky flavours of that marinated seared steak. 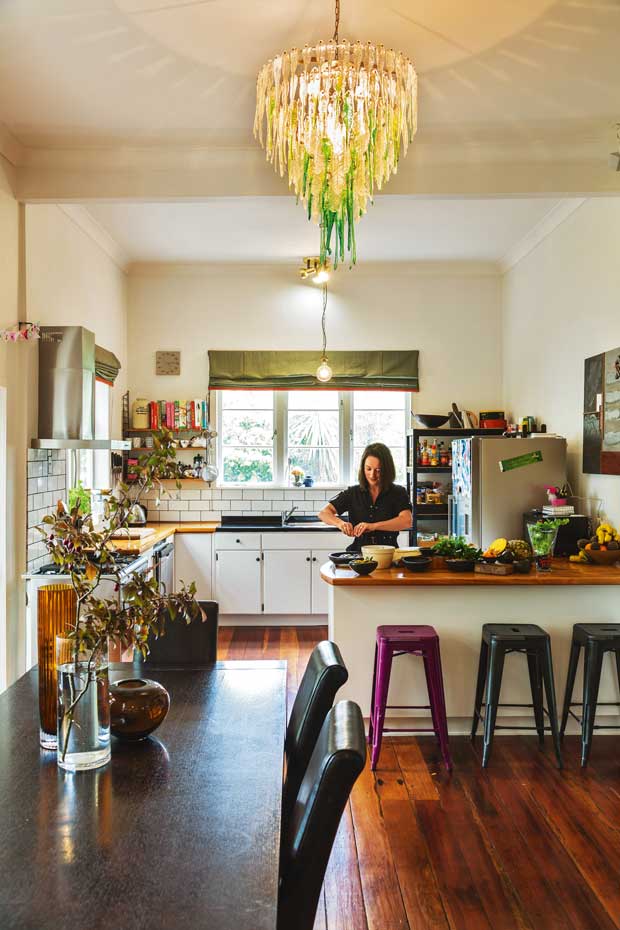 At the time Melissa and Jason, who have two young daughters, Matilda (5) and Scarlett (2), had a brand-new designer home in Wellington’s Vogeltown that Jason helped develop. But just as Melissa was about to return to her high-stress job as a sales manager for Lotto from maternity leave, the company restructured. She opted to take voluntary redundancy and a nest egg to start the fledgling business landed safely in their laps. Making the decision to relocate permanently to the Wairarapa was easy.

More stories you might like:
13 great party food ideas for All Blacks supporters during the Rugby World Cup

“While I was on maternity leave with Matilda, we’d rented out our city house and moved to Martinborough for a budget version of ‘a year in Provence’. We’d never been happier,” says Melissa.

Primrose Cottage is in a quiet street at the heart of the winemaking village. It has turn-of-the-century charm with polished wooden floors and a back verandah that looks out over the quarter-acre garden. It was here in the makeshift kitchen that Jason perfected the recipes he wanted to take to market. Pots of pinto beans bubbled away on the stove for hours, taking on the flavours of onions, garlic, jalapeno and spices. Melissa, who trained as a chef and had her own food column in a newspaper for a while, took an avid interest in proceedings. She helped tweak the recipes and invited friends over to test the results. 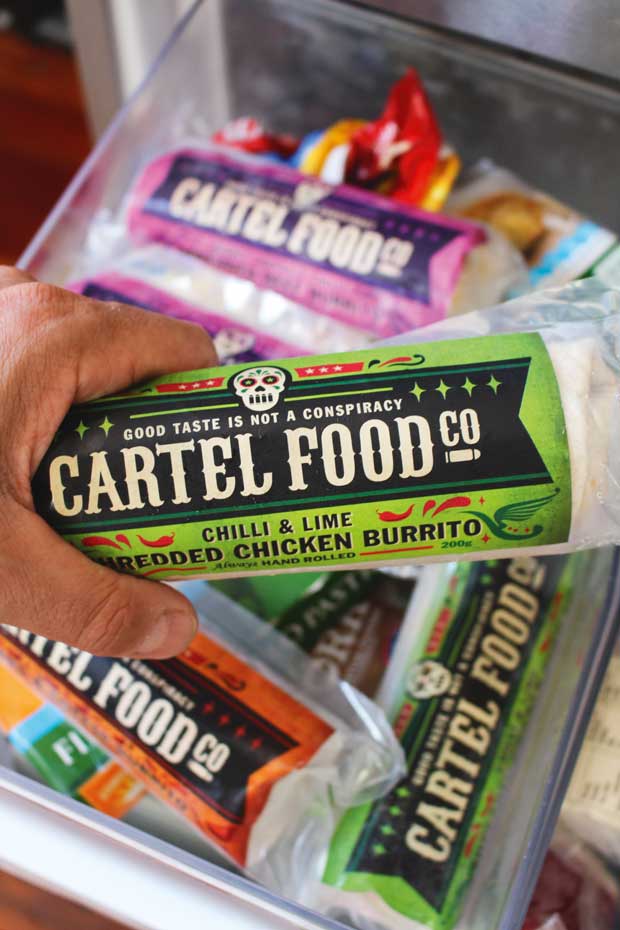 At first their aim was to make an upmarket burrito kit that would sit alongside pre-prepared slow-cooked lamb shanks in the chiller. “I did wonder how to deal with the short shelf life,” says Jason. Then a conversation with a supplier to the frozen section changed his vision. “He called it a ‘dead category’, the graveyard of the supermarket. I got off the phone excited because I saw it as an opportunity to bring flavour and quality back to the freezer.” Weeks of research followed. The couple sourced ingredients from around the country including tortillas from a Masterton baker, handcrafted hot sauce made in Porirua and a natural liquid smoke from Nelson to give the meat that slow-cooked hickory flavour.

“That’s why our tagline is ‘good taste is not a conspiracy’. Use quality ingredients and it’s no surprise the product tastes good.”

When the couple approached Moore Wilson with samples of their beef and vegetarian wares, they got an immediate order and some invaluable feedback. “They asked if we made a chicken burrito.” The thought had never crossed their minds. Now their shredded chicken, chilli and lime version is a best seller. In the depths of a crisp winter in 2015, Jason and Melissa started the back-breaking work of hand rolling burritos for a growing list of clients from a commercial kitchen leased to them by local caterer, Providore. Melissa: “They were so supportive, letting us use the kitchen at night and all day on a Sunday.” 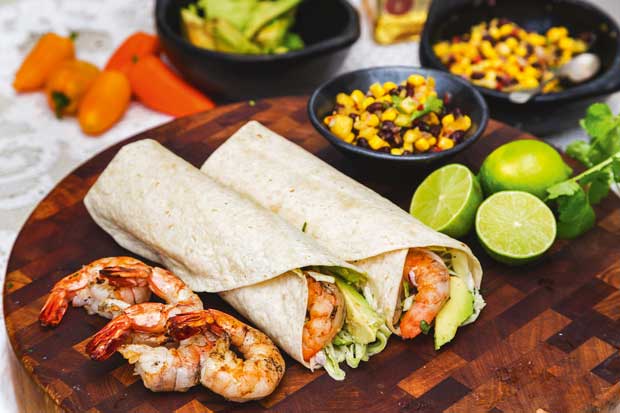 As order numbers started to snowball, the couple called in babysitters and help from the children’s grandparents. Every Monday morning, Jason would pile up the car with chilly bins and make the drive over the Rimutakas to deliver the goods. Over nine months they rolled 12,000 burritos and had outgrown their location.
The exhausting process convinced Jason that making the burritos was not his primary commitment – his eye was on growing Cartel into a national brand with the ultimate goal of exporting. When a boutique food manufacturer in Tauranga approached the couple after reading about them in a newspaper, they knew they needed to take the next step. “He had a team of chefs on board and already made small batches of chilled foods for a leading New Zealand chef.”

Melissa and Jason may no longer be firing up the pressure cooker to stew their refried beans but they are still very much hands on. Melissa’s MBA has come in useful for driving the brand forward and she keeps a close eye on the cashflow. In just their second year of business their stockists have multiplied from two to 80 and cover the country from Auckland to Queenstown. Growing numbers may be one way to measure success but for this young family, there’s another. When Jason’s not out on the road, he gets to work the phones from a converted shed in the back garden. Stopping for lunch with his girls or watching them at play on scooters in the driveway, he knows the family has made the right decision.

From tragedy to red hot business: how Jen Viegas found success recreating the flavours of her heritage

Adventurous spirit: why this couple gave up corporate life for barrels of rum

Why Mt Eliza raw milk cheese has the critics tweeting