From IT to funeral services: This Gisborne woman has certainly earnt putting ‘adaptable’ on her CV 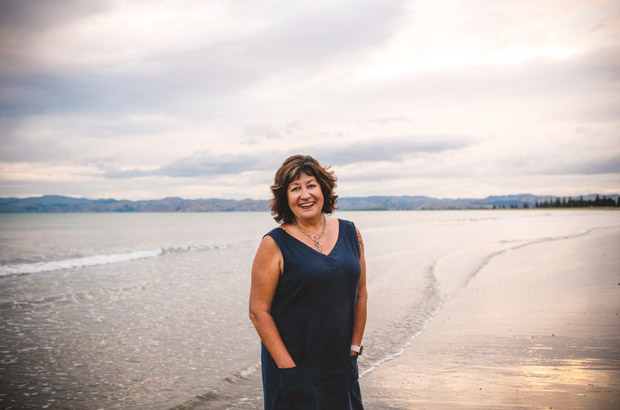 Kay Paku feels life has delivered her a series of career options — each a lucky chance rather than a deliberate choice.

Back in the days before computers were personal and phones were smart, I was a computer programmer. Was it fate or a wise teacher that led me to technology? Towards the end of the sixth-form, I realized I could not face another year at school, so I asked the career’s counselor to choose three relevant pamphlets for polytechnic courses. I closed my eyes and pointed.

My finger landed on “certificate in EDP”. I might have been good at languages, but that was double-Dutch. I had no idea what electronic-data processing was, and I’m pretty sure there wasn’t a single computer in Gisborne in 1977.

I got a job in Wellington and loved programming, especially the process of breaking down a problem into its parts. It appealed to my analytical nature, but a creative component balanced it and gave me the joy of building something from nothing. I loved the way the world fell away when I was coding — it was interesting, mentally stimulating and absorbing.

Time, ambition, and the winds of change saw my career in IT progress from programming to systems analysis and consultancy and project management.

My boys were born in the early 1990s, and we adored our visits to their grandparents back in Gisborne — sun, sea, and a slower pace of life. 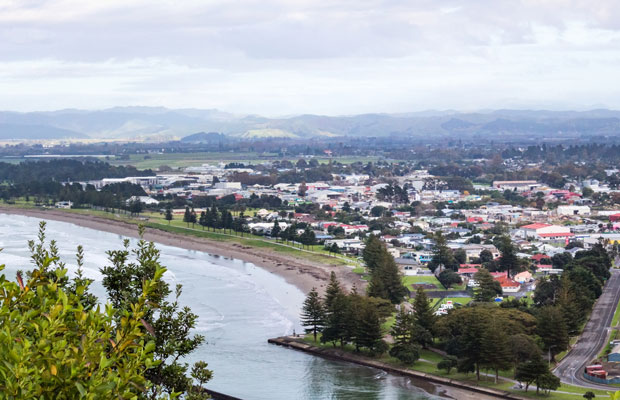 It’s a bit of an in-joke among Gizzy locals: we can’t wait to get out as a teen, then 20 years later, we’re inexplicably drawn back. Chance of returning home in my 30s? High. Chance of scoring an IT job there? Next to nil.

But then I had a break between consulting contracts and, with the time and the inclination to read situations vacant, there it was: an IT manager’s role in Gisborne. Great timing — the industry was changing fast; emails, the internet and the end of centralized computing systems.

After eight years of growing the IT department at the then-Tairāwhiti Polytechnic, I was restructured out of my amazing team, and a return to Wellington seemed the best option.

But I met unexpected resistance from my sons. I realized that although I’d moved back to Gisborne for the lifestyle, I hadn’t stepped off the treadmill. Time to focus on my transferable skills.

After 25-plus years and nearly as many computer upgrades, I swapped the propeller hat for a top hat and became a funeral celebrant. The opportunity was a happy accident as I was asked by friends who owned the local funeral home to step in as office manager for six weeks.

Twelve weeks later, I was still there and had written a new software system to manage the business and found I enjoyed pre-planning interviews with families, designing funeral service sheets and developing slideshows. When a vacancy for a funeral director came up, it seemed like a logical progression. It was rewarding helping people navigate through losing a loved one and being creative in telling a person’s story. I even enjoyed the problem-solving too. We often don’t know what to do when someone dear to us, or dear to one of our friends, dies.

It gave me great satisfaction; knowing the practical ways to help where it’s needed in death is a life-changing skill.

More doors to creativity opened with a Pecha Kucha evening of storytelling, where my Boffin to Coffin presentation led to writing opportunities. I now write a regular column in the funeral industry magazine, Funeralcare.

My parents are fond of claiming I was vaccinated with a gramophone needle, and I indeed love writing and storytelling. There is an art to making people remember the story rather than the person telling it. That is a big part of the role of a funeral celebrant.

But being on call 24/7 eventually got too much for me, and the opportunity to be a returning officer for the vast East Coast Electorate arrived at just the right time. I traded 24/7 for 12/7. Each returning officer is responsible for resourcing and managing the delivery of voting services in their electorate. It involves detailed planning — and in my area — complex logistics and management of more than 600 staff. My second tour of duty as a returning officer was different from the first and came with challenges.

I’m currently enjoying a cuppa and a lie-down. Or I would be, had a day spent learning how to make jewellery 15 years ago not led to an absorbing hobby, which is teetering on the edge of becoming a viable business.

I think we’ve forgotten why a funeral is meaningful as an essential step on the path of living with grief. Death disrupts relationships and social networks, and a funeral can re-establish ties.

Telling stories immerses us in the person’s life and achievements and shows what they meant to us. Sometimes the funeral is the only place we feel free to experience and show grief.

More stories you might like:
Off-Topic Book Club podcast and review of Turtles All the Way Down

2. Stay in the present

I’ve found a fantastic feature on my phone called “Do Not Disturb”.

From programming to funeral celebrant to (possibly) jewellery-making. Who would have thought?