This New Year’s saw us camping with three other families on land just south of Whangarei. We were there to ‘christen’ the place, so-to-speak; to bless it with group laughter; lazy, sun-filled days of enjoyment and evening fireside circles. One couple has just purchased the forested block and once their Auckland home sells, they’re moving up to begin an off-grid existence, starting from scratch.

Similar to the air of potential surrounding a new-born baby, our friends see the land as an empty canvas on which to build their visions and dreams. It was a pleasure to walk with them, half-closing my eyes to view their future as they pointed out the yet-to-be-built house, gardens, orchard and ponds.

Although James and I have only been on our land for six and a half years, we felt like off-grid veterans as we remembered how far we’ve come. We were gentle with their fantasies and enthusiasm, taking care not to crush ambitious time-frames and talk of lap-pools with hollow, knowing laughter.

Acting as constant background noise to the holiday was the sound of six boys at play around us. Five-year-old Vita was appalled at the lack of daughters amongst our friends’ children, but I found the instant gang of young males (aged six to 10) fascinating as they simultaneously channelled Tom Sawyer and the cast from Golding’s Lord of the Flies. 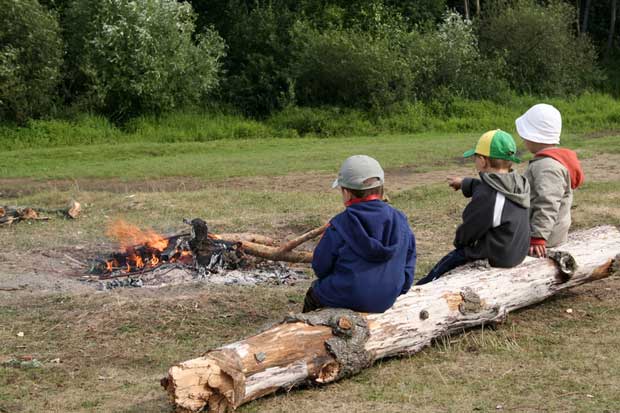 Disappearing around the back of an old tin shed, they filled the first day with muffled shouting and thumping.
‘They’re in the pit,’ Vita informed the adults from time to time. The Pit, it transpired, was a large hole in the ground where boys were sent, one-by-one, to be verbally abused and pelted with dirt as they attempted to climb out.

‘It’s good fun,’ a boy assured us when questioned about the game.
‘Really? How did you feel when you were down there?’
‘Oh I didn’t go in it,’ he was quick to explain. ‘I was the leader.’

When they weren’t in the pit, they moved like caricatures of scabby-kneed boyhood; sharpening sticks for hunting wolves, poking about at the outdoor fire, wrestling in the hammock, encouraging the dogs to dig for rabbits and whooping raucously in the woods. Occasionally a father would lead the pack off to fish, hunt possums, catch eels (not long-fins), trap crabs or gather firewood – expeditions from which they’d return, loudly jubilant with trophies and boastful swagger. 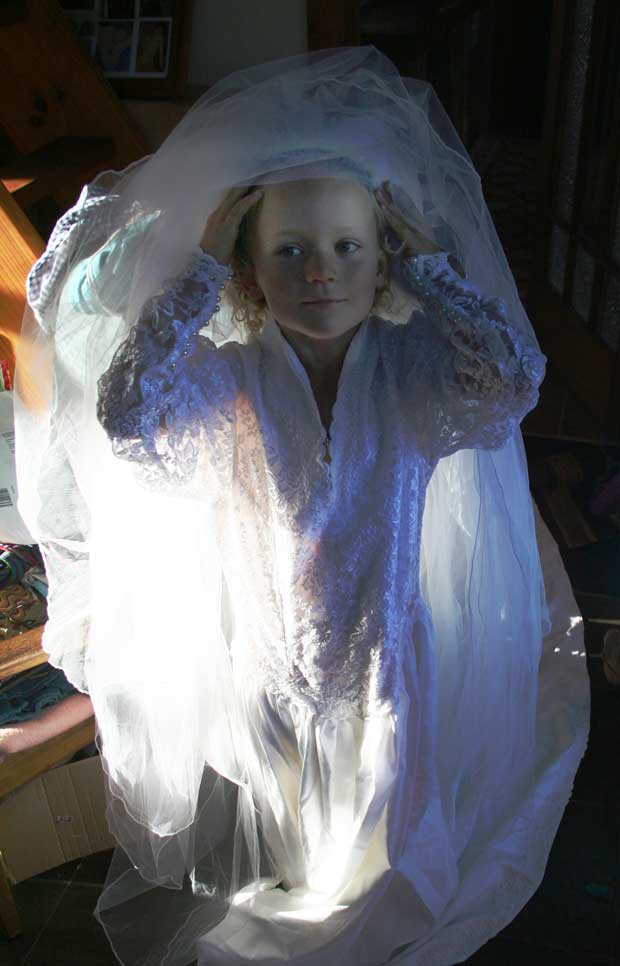 Once she got over her general disdain, Vita joined in where she could. Imaginary games of Narnia unfolded, and the hammock became a ship that seven children sailed through turbulent seas. It was childhood the way it used to be; without screen-time luring young minds into digital worlds; without any dangers except those that boisterous kids can inflict on themselves and each other.

When we returned from the holiday, I asked Vita if she’d learnt anything from the trip. I was thinking of how much she’d enjoyed herself once she got over her scorn for boys.

‘Yes I did,’ she told me enthusiastically. ‘If you want to do a fake burp, you gulp in air and squeeze it out like this.’