As a food writer, it’s Lucy Corry’s job to describe flavours to readers, but there is one fruit to which she can never do justice.

I’ve spent most of the last 20-odd years describing things for a living. I can mix metaphors and malapropisms with the best of them. I like Scrabble and crosswords, not to mention those games where you have to make words out of a limited selection of letters.

I love a good pun and play on words. But there’s one thing I cannot find the words for and that is the definitive answer to ‘what does a feijoa taste like?’

The accepted wisdom is that a feijoa tastes a bit like pineapple, crossed with pear, crossed with guava, but that doesn’t seem enough. None of those things encapsulate its unique, intoxicating perfume. (There’s another school of thought that feijoas taste like liniment, but I prefer to ignore that thinking.)

I believe that the reason that feijoas are so precious is that they taste so wholeheartedly of themselves. A feijoa is a feijoa is a feijoa, as Gertrude Stein might have said. To a New Zealander who’s grown up eating them, a feijoa tastes like home. 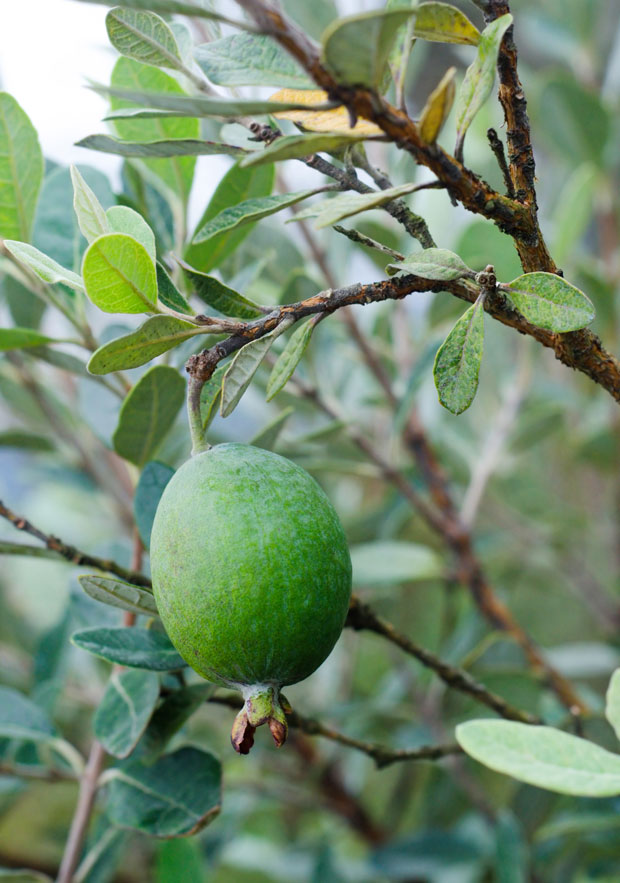 We moved house in November 2020 leaving four thriving feijoa trees. They’d fruited for months, providing us and our neighbours with much-needed vitamin C and flavour during those strange, disjointed times.

Our post-lockdown puppy had been entranced by the baby windfallen fruit that we deemed too small to eat. With lack of conclusive advice on whether feijoas were dog-safe, we cleared the lawn of fallen fruit every morning before he developed a taste for them as more than a toy.

That made the move slightly easier but I still grieve the loss of those trees. I’d planted them after spending a summer ripping out ivy and agapanthus, and nurtured them with bags of sheep poo compost.

Leaving them felt painful (though perhaps not as gut-wrenching as leaving our lemon tree, which promptly started thriving and fruiting abundantly after sulking the entire decade of its previous existence). 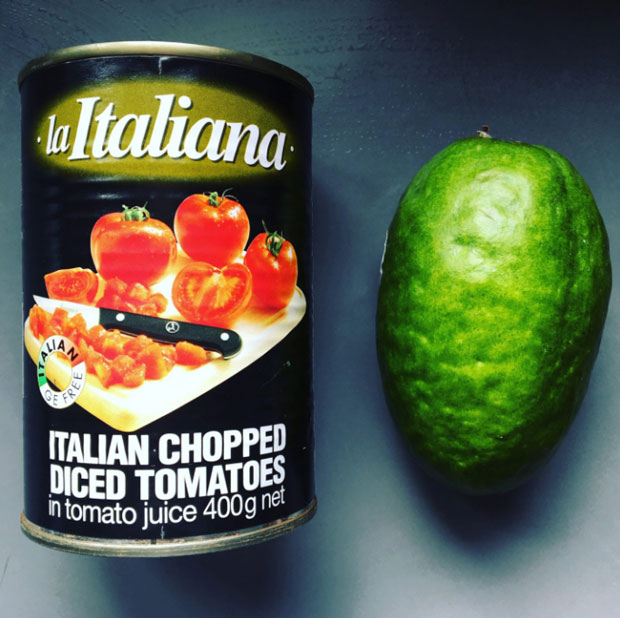 We planted two feijoas in our new garden and watched anxiously while they were brutalised by the wind. Last spring (against conventional gardening advice, but with the support of the wisest gardener I know), we bought another one to replace the spindliest specimen. So far, it’s doing well, but we’ll be lucky to see any fruit on it until next year.

While our own trees might be bare, I’ve seen some promising signs of life nearby. Last weekend our neighbour popped her head over the fence and asked me if I liked feijoas. I couldn’t say yes fast enough.

She returned moments later with a bag of half-sized green eggs that she’d gathered on holiday in Gisborne. That intoxicating perfume scented the house for days. I had lots of good intentions of returning them to her in the form of a feijoa shortcake or chutney, but greed got the best of me.

A few days later, I was walking the dog in our neighbourhood when I came across a cardboard box propped between a lamp post and a fence. ‘FREE JAM FEIJOAS’ was emblazoned across the top in thick black pen. Inside the box were dozens of perfect specimens, all of which looked far too good for jam. I took four and sent a silent thank you to the kind benefactor who’d provided them. Since then I’ve walked the dog up and down the same street several times, hoping to both make another harvest and meet the donor so I could ask them how they’ve ensured their feijoas have thrived in our windswept suburb.

While my short-term plan is to eat as many feijoas as I can, I have a long game in mind too. My ultimate goal is to grow so many feijoas that we can have a cardboard box-full outside our front gate so passers-by can help themselves. I might not be able to adequately describe the scent of a feijoa, but I know what community smells like.

If you’ve got a surfeit of feijoas and some leftover red wine, here’s how to turn them into a heavenly dessert. Serve with good vanilla ice cream.

Put everything in a pot set over medium heat. Bring to a simmer, then cover and simmer very gently for 20 minutes, until the feijoas are soft but not mushy.

Allow to cool for 5 minutes, then divide between four bowls and serve. You can make the feijoas in advance and store in the fridge for up to five days, but warm them up to serve.