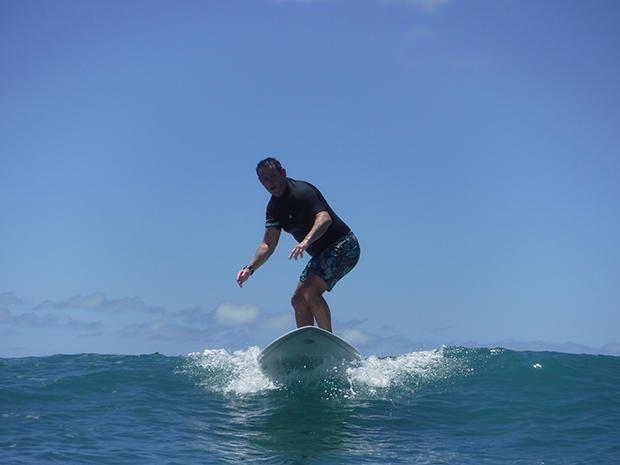 Jim reflects on his regrets and achievements while in Hawaii for his 50th birthday.

There was no lightning flash, no great epiphany, just a two-day celebration thanks to the time zone, in a week’s holiday to mark the occasion.

We were in Hawaii when I turned 50 and I didn’t feel any wiser or more mature, just happy and thankful as messages flooded in the day before the special day because Hawaii is a day behind New Zealand.

On the day itself, I learnt to surf. Well, sort of. I was on one of those big SUP boards which made it remarkably easy to get up, which is of course why they use it because when the customer is paying, it helps make surfing easy.

The biggest lesson was that I should have done this decades ago because the thrill of standing on a wave was beyond what I had imagined.

There are three things I wish I’d done in my 50 years (well, four if you count not making the All Blacks) and surfing is on the list, along with learning another language and a musical instrument.

I had piano and guitar lessons as a kid but both were boring and there was sport to play so that idea quickly fell away and, after getting exactly 50 per cent in School C French, the goal of speaking another language faded too. 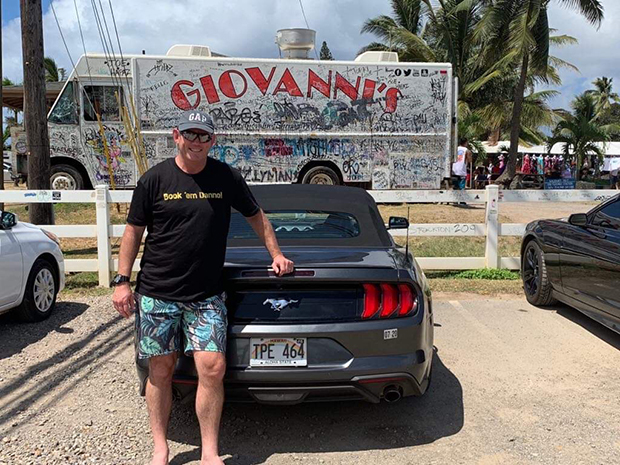 So regrets, I guess I have a few, but not many, not really. I wish I’d talked more to Mum in the weeks before she died but I can’t change that now. I’ve never been too bothered by what I haven’t done because I’m generally too busy enjoying what I’m doing. The girls are proof of that.

Olivia, our eldest daughter spoke beautifully at a gathering of family and friends to mark my birthday my wife organized before we escaped for our Hawaii-50 adventure. A fair few of us were left with wet eyes.

For me it wasn’t just what she said – though they touched me deeply – it was seeing how she’s grown into herself with the confidence to speak in public. She’s proven herself so capable in so many areas of her life and now realizes she has plenty to offer. We want our girls to be confident, articulate and opinionated (though at times I do, truly, wish they would just do as they’re asked without the debate).

Those two are, by a long stretch, my greatest achievement in my 50 years. If that’s the best way to describe two people of whom I’m immensely proud. They weren’t happy, though, that their parents were off to Hawaii without them.

“But you don’t even surf,” the eldest protested. Well, we fixed that, didn’t we and I have the photos and video to prove it!

It was a superb birthday week. I was, unashamedly, the cliched tourist in Hawaii even down to hiring a convertible Mustang to drive around the island of Oahu. 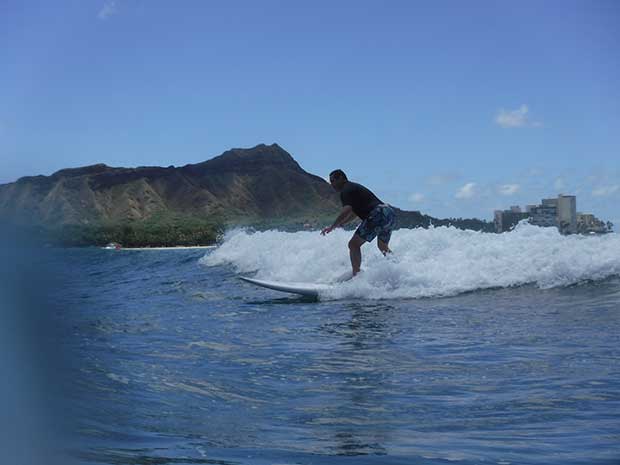 The only downside was that it was so hot we had to keep the roof on for a lot of the trip and crank up the air conditioning. That defeated the purpose of a convertible somewhat!

It was also the first time I’d driven on the right side of the road. I’d been passenger plenty of times, but taking the wheel on the opposite side was something I’d always shied away from.

It went well, thanks in part to the heavy traffic which meant most of the driving was simply ‘follow-the-leader’ and because there were no roundabouts.

But it did remind me of teaching the eldest to drive as my wife (thankfully) spent much of the trip telling me to “keep right”. Which brings me back to Olivia’s speech and, forgive an indulgence, here is part of what she said:

“Dad, you’re my bestest friend, my driving instructor, my taxi driver, my ATM, the strongest person I know and the biggest U2 fan to exist but most of all, you’re my biggest hero.

“I hope your special day is filled with apple pies, U2 and trips to the beach.

“I hope you have the best birthday ever because you absolutely deserve it. Enjoy Hawaii, enjoy the big 5-0 and I look forward to all the presents you bring me back.”

What she hoped for came true… for me and for her as we left with two suitcases and came home with three!