Jim Kayes’ Blog: Girls Can Do Anything


Gender bias has no place in the Kayes’ household – and Jim is happy to don a pinny or even a frock when the occasion merits.

The youngest was far from impressed.
“Dad,” she opened with exasperation dripping from her voice, “my teacher is sexist.
“He needed some boxes moved and asked for some boys to help. I’m as strong as the boys but he didn’t ask me to help.”
I chuckled quietly to myself and thought, yet again, about the danger any bloke faces if he underestimates my daughters.

They, like their mates, don’t see themselves as anything but equal to the lads in their lives.
Now this is not a column about feminism – I’m not that brave nor so silly – but having grown up with four sisters and a foster sister added later just to round out the subjugation of Jim, I reckon I’ve been inspired in life by some amazing women. 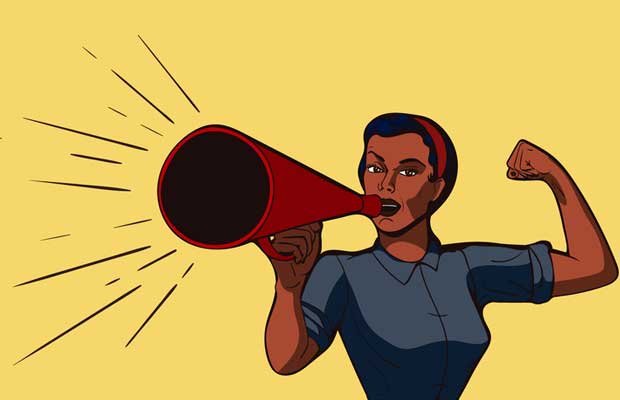 Mum raised six of us on her own (from when I was about seven) plus took in any extras that needed a roof over their heads. Then there’s my wife who is fiercely independent and spent the best part of a decade having to raise the girls by herself for months on end while I traveled the world writing and talking about rugby players dressed in black.

What I’ve admired about all these women, and see in my girls, is a staunch determination to let their actions speak louder than any words (and trust me, there have been plenty of words over the years too).

Mum mowed the lawns with a ruthless efficiency and made it pretty clear that all chores were open to all of the family. It was a time when the slogan ‘Girls Can Do Anything’ was popular and if it meant the girls doing extra jobs around the house, then I was all for it.

In fact, if feminism meant more work for my sisters and less for me then I was a bra-burning, placard-waving member of the sisterhood.

I was forever makes suggestions to Mum on chores that the girls could do just to prove they were able to do them.
It didn’t always work though.

One sister, in what I thought at the time was brainless but now recognize as pure genius, poured oil into the petrol tank of the mower. It meant a trip to the repair shop and she was banned from mowing the lawns. As I say, genius.
Now I see the lawns as a sanctuary. Sure I could get the girls to mow them, but for an hour I can don the ear muffs and enjoy relative peace.

There were times though, when I perhaps took my feminist side too far. When the sister directly older than me had her 21st, it came time to decide who would make a few speeches. Our oldest brother was away, so I said I’d do it.

That brought an immediate and forceful response as my sisters pointed out that it doesn’t have to be a male who talks. There’s no way I was giving up a chance to talk so I offered a compromise.

And a few hours and quite a few beers later, I walked on to the deck where the speeches were to be done, wearing one of my sisters’ long, clinging blue dresses. I thought I looked fabulous darling, but I’m not sure if anyone heard what I had to say because the laughter was long and loud.

May I say, just as an aside, that I am forever thankful this happened in the pre-Facebook and phones-as-cameras era because no photos exist of my Dame Edna moment.

I haven’t revisited my cross-dressing stardom but I do believe I carry my load when it comes to what were traditionally jobs for the girls.

I like to eat so I’m happy to cook, I’m a bit of a laundry nerd as I have written before and I’m equally as limited at sewing as my lovely wife.

If we have separation of jobs, then it generally reflects our ability, not gender or tradition. I do pack the car for the holidays and if there’s a map to be read, well, let’s just say that if we want to get where we are going then that falls to me.

With just girls in my family there’s no demarcation of jobs, no chores that are better suited to a boy, simply because that boy would be me!

If something needs to be carried, cleaned, shifted, painted, discarded, planted or chopped down, then the girls have to step up.
And now I have the youngest on the record: she’s as strong and able as any boy her age. But then, I knew that already.