The family’s plan for electricity is jeopardized by a dangerous thought.

A new fridge signalled our first chilled summer. The electrician arrived in May, tut-tutting our inaccessibility as I transported him from the letterbox through bush and streams to our powerless home. Forgiving us our rally-car track, he planned future wiring. When asked where we wanted light switches, I stared at him blankly before comprehending how modern we were about to become. Chuckling, he warmed to the idea of projecting a pair of 19th-century relics into 21st-century contrivances and at the end of his assessment, promised to return and lay the cables. 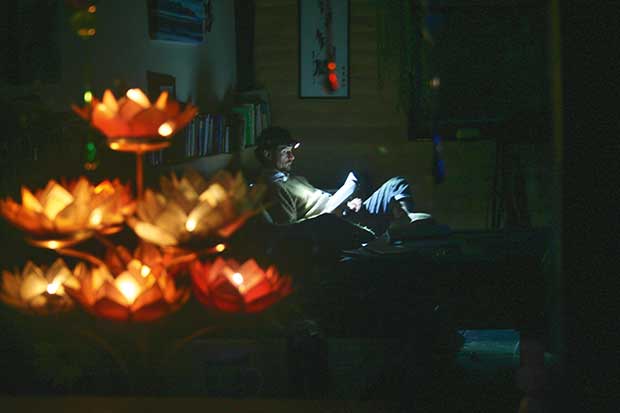 That winter James and I nostalgically appreciated the candles and headlamps we’d relied upon for the past seven years. Like a tiny civilization on the cusp of major technological advance, we looked fondly over our unplugged lives while fantasizing about the change electric appliances would bring. Imagine the convenience of a freezer and reading lamps? The kids were excited about refrigerated milk.

But the electrician never showed. We weren’t too concerned; time is more elastic in the Far North and besides, the hydro-power expert hadn’t turned up yet either. In spring, however, we learnt the electrician had been zapped by a rare and life-threatening superbug and might never recharge to sparky status, while the hydro-specialist had washed downstream to another district.

As days again lengthened, we forgot the inconvenience of long dark nights in our headlamps; the need to avert faces when talking to avoid dazzling one other with high-lumen brilliance; the duplicitous shadows surrounding candle-lit dinners into which the kids could flick unwanted vegetables; the peering required during washing up to ensure we’d scrubbed dishes truly clean. 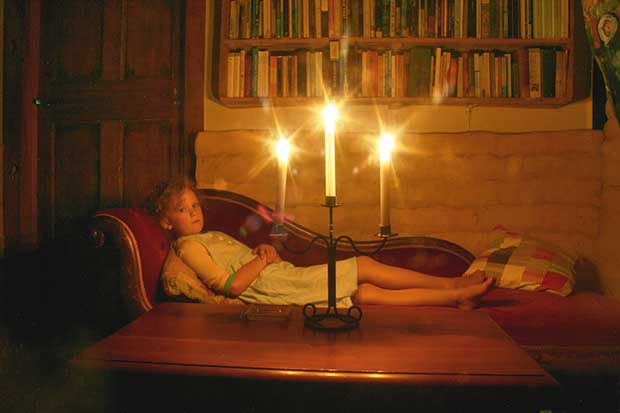 Instead, a dangerous idea hit like an illness. I was on the lawn when it struck. Surveying the wilderness stretching back in every direction, a yearning for something unseen and distant suddenly gripped me. In an earlier life, I was a traveler. I had thought that old hunger had settled, but now I saw it had just been dormant. An inaudible call had awakened it; some mystery summons to let go of the riverbank and immerse in the current.

By the time a bleating child pulled me back to our valley, I was infected. I loved our land, but now it seemed small and confined. When had forest-living stopped being an adventure? We’d become settled. Routines were becoming ruts. A sense of aliveness accompanies journeys into the unknown. What if we went away?

James, too, was caught by the pull. “Minxy,” he began that evening. “About the electricity. Of course we’ll get it one day but do we really need it now?” What if we repurposed our allocated funds for a trip to South America instead?

Power or Peru? A fridge/freezer or five months abroad? “I could mind the kids while you write full-time and finish your book,” James lured. “It could even provide material for your next one. Grist for the literary mill.”

We tried thinking sensibly: should we use the money to build the kids’ bedrooms instead? “Maybe we could invest it to generate passive income,” James was reading a finance book. “Or we could go to Peru,” he reiterated, the gleam in his eye returning.

“Dear Vita and Zendo,” I began penning an internal letter of justification to the children. “Owning a fridge isn’t such a big deal. Chinese medicine says it’s not even good to ingest cold drinks. And cheese is made of mould anyhow, so it’s not like there’s anything wrong with scraping fuzz off the cheddar through summer. Life is about experiences. And it’s short.”

I thought of bought carrots growing limp and black the way they do without refrigeration, and I shrugged.

We haven’t yet booked our flights. Like migratory creatures, we’ll leave next winter if we do it. Right now James and I stand on the side of the river, eyeing the swift-flowing surge. On the count of three, we’ll make up our minds to jump.

Polly Greeks’ Blog: The fine print of the parenting contract