Book corner: Yann Martel is back 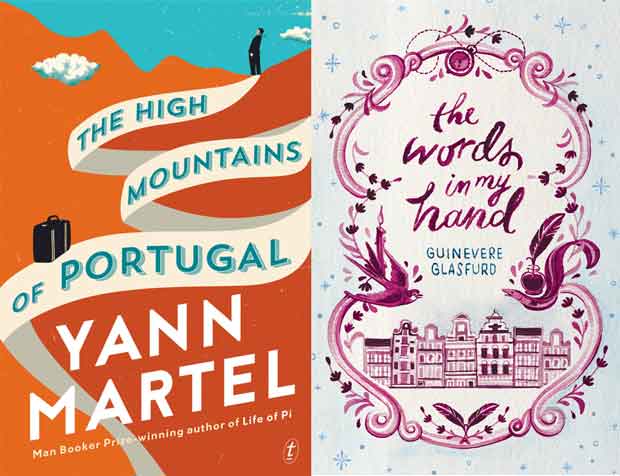 We review the new Yann Martel book and discover a new talent in historical fiction.

Reviews: Miranda Spary
The Words in my Hand, by Guinevere Glasfurd. Published by Two Roads Books. $32.99 from Mighty Ape –

Historical fiction has so much going for it – clever authors can take a little known story and pad it out as they choose – non-fiction doesn’t allow for extra bits that enhance the plot so beautifully. The Words in My Hand is a first novel by Guinevere Glasfurd, and she is a great new talent.

Her background in historical research doesn’t hurt either. Helena really was the maid for an English bookseller in 17th century Amsterdam who takes in a lodger, none other than Rene Descartes.

The great philosopher discovers Helena’s keen intelligence and seeks her out for her fresh views on life. Oh, and gets her pregnant. Because of her lowly status, their relationship has to be kept secret and life gets very complicated.

The High Mountains of Portugal, by Yann Martel. Published by Spiegel & Grau. $46.99 from Paper Plus –

Yann Martel wrote the wonderful Life of Pi and his latest book is just as good. The High Mountains of Portugal is three fantastical stories that all eventually link up.

I’m a sucker for a story with a strongly developed animal character and Odo the ape is an absolute cracker. This would be such a hard book to turn into a film as the mental images he creates are so sharp that people who have read it would probably be frustrated when Odo doesn’t move exactly the way Martel described or if the villagers didn’t respond in the right way.

It’s really charming and funny and my only regret is that it ended too soon. It’s not out in paperback yet but Martel fans won’t be able to wait.