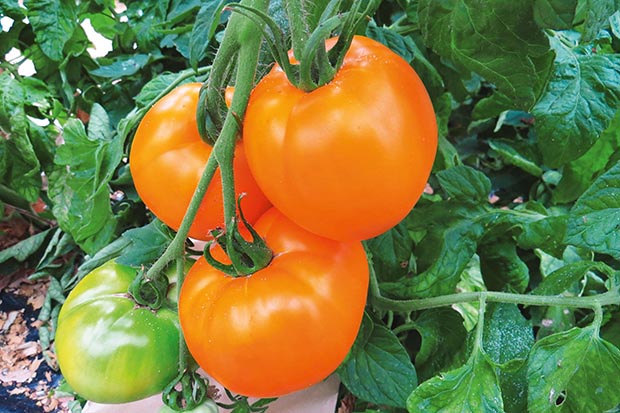 There are tomatoes, and then there is this great-tasting heritage variety with a very special secret.

Meet Moonglow. It’s well known in the USA for being one of the tastiest of the heritage varieties of tomato, and NZ scientists have now shown these golden-orange globes have a big health advantage too.

Tomatoes contain lycopene, a power antioxidant which can help reduce the incidence of heart disease and certain types of cancer. However, lycopene is hard for the body to absorb and red tomatoes must be cooked and eaten with a source of fat (eg, an oil-based dressing) for your body to best absorb what it can through the intestinal wall.

After testing more than 500 varieties, they discovered Moonglow contains tetra-cis-lycopene, and it’s even better then lycopene. Tetra-cis-lycopene is only found in certain varieties of golden-orange tomato and it has a different molecular structure to the type found in red tomatoes which is closer to the type of lycopene naturally found in the human body. Plant & Food did human trials on how well the two types of lycopene were absorbed by the body and they showed tetra-cis-lycopene was vastly superior in terms of absorption and it stayed in the body for longer. Another bonus is that US researchers have found that golden-orange tomatoes can be eaten raw or cooked and you’ll still absorb more lycopene than if you eat cooked red tomatoes.

More stories you might like:
Exploring Te Kainga Marire: How Tāne Mahuta inspired Valda Poletti to create a wild garden in a New Plymouth suburb

THE NEXT BIG TOMATO VARIETY YOU’LL WANT TO GROW
Not all golden-orange tomatoes contain tetra-cis-lycopene, because some get their colour from beta carotene, which is also orange. “Since 2013 we have had more golden-orange varieties analysed,” says Mark Christensen. “One of our top varieties now is Olga’s Round Golden Chicken Egg.”

It will be part of another human lycopene absorption trial scheduled for March 2017. These will be run over 48 hours (previous tests were over 24 hours) in order to find the complete absorption curve for tetra-cis-lycopene. “We need this before we can move onto longer term human trials to look at potential for cancer prevention,” says Mark. “Our Trust is looking for philanthropic help towards the $70,000 costs for this next human trial.

“We are also working with Dr Karen Bishop at the Auckland Cancer Research Centre at Auckland University to begin cancer cell culture testing on high tetra-cis-lycopene varieties as well as similar research at Massey University.”

8 REASONS TO LOVE MOONGLOW
Moonglow is a rich, sweet-tasting, heavy yielding, medium-sized (170-220g), low acid, globe-shaped tomato, and does well in home gardens. It is noted for its firm texture, and it has a long shelf life too, making it a popular choice for anyone selling at a farmer’s market. Unfortunately, it doesn’t meet the high production levels required of commercial growers so the only way to get all its health benefits is to grow it yourself.
• Find the best tomatoes you can eat www.heritagefoodcrops.org.nz/heirloom-tomatoes
• Buy the seeds www.bristol.co.nz ,
kahikateafarm.co.nz
www.koanga.org.nz

BIG RED TOMATOES
These were made by humans and that’s why they’re not as good. The original tomatoes discovered in Mexico in the early 1500s were golden in colour. When they arrived in Italy they were named ‘pomodoro’ which means ‘golden fruit’ and this is still their name today in Italy. Those golden tomatoes would have contained tetra-cis-lycopene. 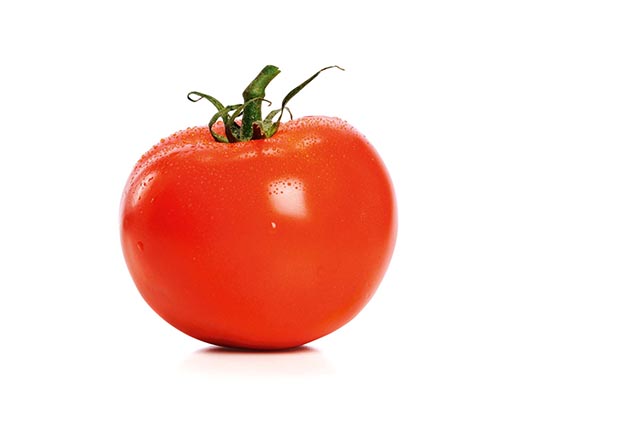 Further exploration in South America discovered a tiny red currant tomato, possibly found sprawling over the ground and eaten by birds and small animals. When that red currant was crossed with the larger golden tomato, the resulting larger red tomato found consumer appeal. Unfortunately the red form of lycopene was a dominant gene and the golden/orange form of lycopene was a recessive gene.