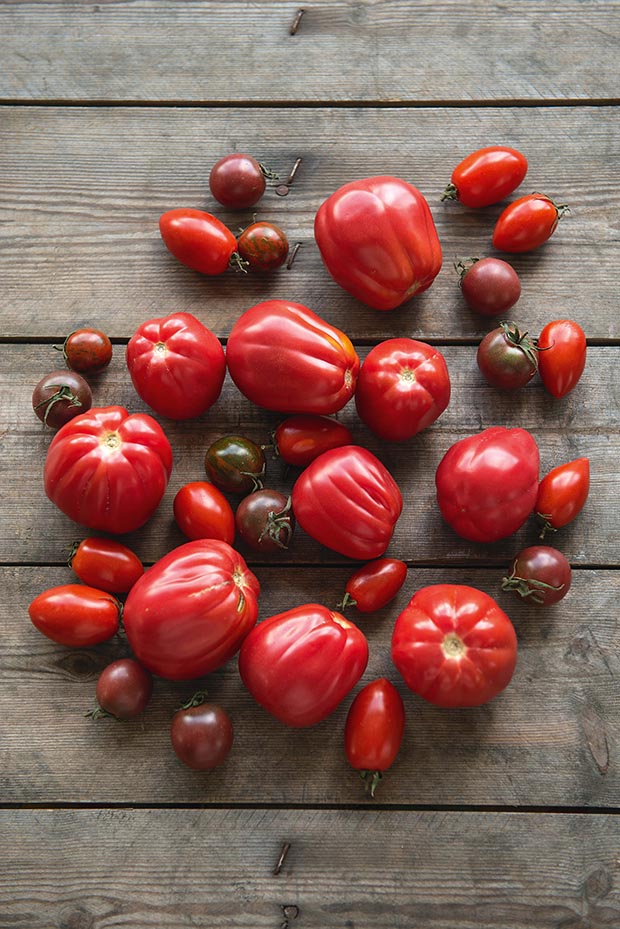 From the Isle di Capri to ‘The Wood’ and now Cable Bay, Nelson’s favourite tomato is still growing strong after 60 years, thanks to one very determined grower

It’s Tuesday morning and Nelson’s Bettina Romano has just picked and bagged a large crop of heirloom tomatoes for the mid-week farmers’ market. Her tomatoes are large and heavy, deeply pleated and bulging with promise. Named capri, after the island of Capri, they are a type of beefsteak tomato with rosy pink skins still tinged with green when shoppers queuing at her stall snap them up.

Bettina grows various Mediterranean favourites, including eggplants and capsicums as well as a variety of cherry tomatoes, but it’s the capri that gets the most attention. The variety has been grown in Nelson since the late 1940s when an Italian fisherman arrived with a handful of seeds from their home, off the coast of Sorrento. 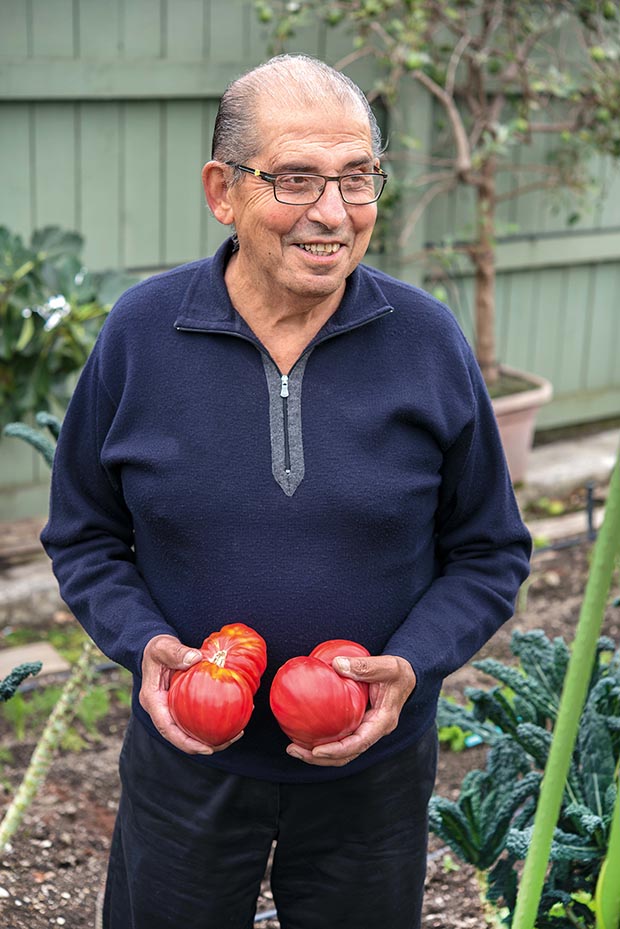 Tony Romano still grows an assortment of Italian vegetables plus beans, basil, parsley and kale, with any excess given to his daughter-in-law Bettina to sell at the Nelson Wednesday farmers’ market.

Plants from those seeds were enthusiastically propagated in the home gardens and glasshouses of his fellow immigrants, including the family of Bettina’s late husband, Nick Romano.

Nick’s father Tony Romano was one of the first Nelson tomato growers to grow the capri commercially. Nick’s grandfather Cataldo arrived in 1925 as a 16-year-old, and together with several of his compatriots helped build a thriving tomato industry in The Wood, an area that soon became known as Nelson’s Little Italy. 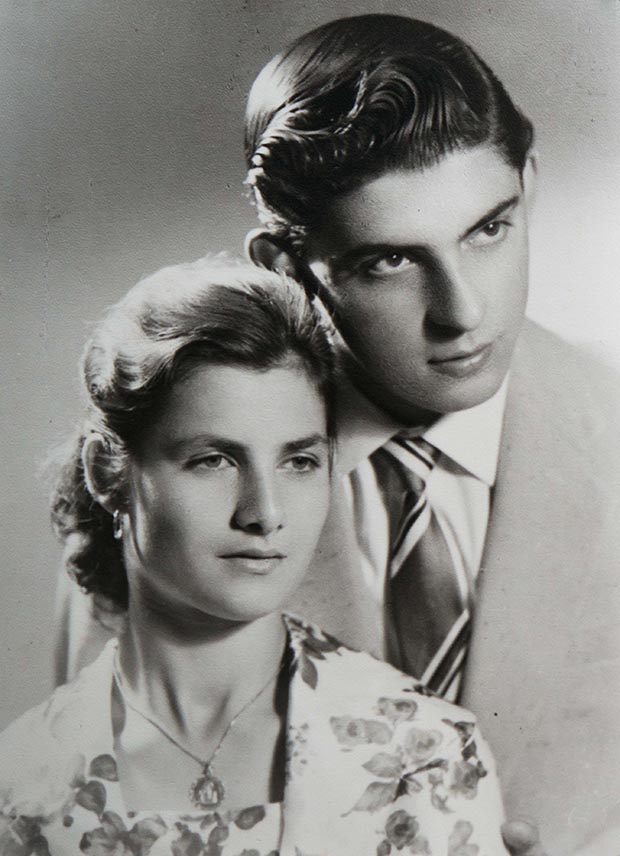 Tony and his wife Gemma photographed in the 1960s.

At its height, there were more than 40 growers in The Wood but by the 1990s most had gone, forced out by competition from cheaper Australian imports. Today, the Romano family is the only one still growing the capri commercially in Nelson.

Bettina says people come from all around to buy her tomatoes, but most are sold to the people of Nelson. She thinks the locals are more discerning about tomatoes because of the region’s long history of growing them, and she says her customers are very loyal. “People thank me for growing these tomatoes.” Her history as a grower began in 2003 when she and Nick decided to resurrect the family business after Nick’s father retired. Tony Romano had taken over his father’s business and run it very successfully; now his son was inspired to do the same.

Tony had already sold the land, but some of the glasshouses remained for the taking so, under his watchful eye, the couple removed all the panels and transferred the steel structures to their 4.4-hectare property in Cable Bay. Rebuilding the glasshouses was a massive undertaking. It took a full year of hard labour, but it was cheaper than building new. 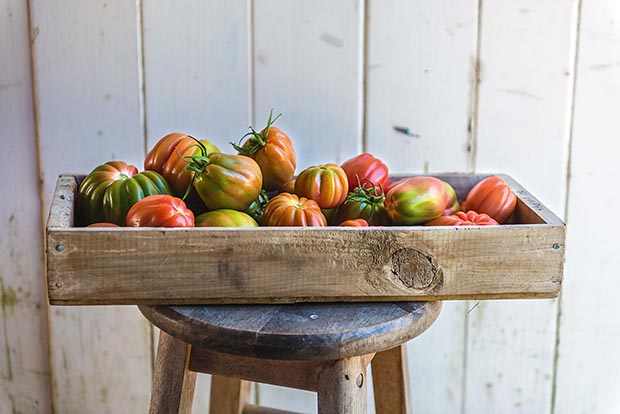 Like many heirloom varieties, the capri’s growth habit is “indeterminate”, meaning the vines continuously put out new shoots, flowering and bearing fruit throughout the season.

The couple, who met while working for Sealord, had bought the land several years before. Setting up the tomato business was the fulfilment of a long-held dream to live the good life in the country. They planned to grow fruit and vegetables and provide a healthy rural lifestyle for their family. They did this and more, opening a store in Nelson and launching a brand of tomato sauce. But when Nick died suddenly in 2013, Bettina was thrown in the deep end, struggling to run the business while caring for her teenage children.

More stories you might like:
Kate Coughlan tries her hand at cheesemaking at the Whitestone Cheese factory

She managed by closing the store and sticking to her late husband’s seasonal routine. “Nick was quite pedantic, so we always had a wall planner with a monthly list of what needed to be done around the property.” Most of all she is grateful to her father-in-law Tony for stepping in and teaching her everything she knows about growing tomatoes. For the past five years he has worked alongside her, ensuring the ongoing development of the business. Today, the tomatoes are grown hydroponically with the seedlings planted into bags of sawdust and sand. Bettina says she likes to grow her vegetables as naturally as possible and she still uses Tony’s secret fertilizer recipe from the old days.

Her 18-year-old son Anthony has also become part of the business. The fourth generation Romano to grow tomatoes, he helps pick the crop and manage the vines as they grow triffid-like to the tops of the glasshouses. His older sister Clarissa (20) studies business and commerce in Wellington. She’s not directly involved in the business, but she has inherited the foodie gene and hopes to one day re-launch the family’s Romano Sauce. Clarissa’s passion for cooking follows that of her grandmother. According to Bettina, Tony’s wife Gemma has the distinction of being the first Italian bride to make the passage to New Zealand by air. She was just 17 at the time, and she spoke no English, but she brought with her recipes from home that she continues to cook for her family and friends.

Nonna Gemma is well known for her dish of baked eggplant, tomato and cheese, and each season she swoops on the family’s crop of capri tomatoes to make an annual supply of the purée known as passata. It is an indispensable ingredient in the Italian kitchen and it has to be made with the right type of tomato.

More stories you might like:
The power of toy-lending: Playing it forward at the Taranaki Toy Library 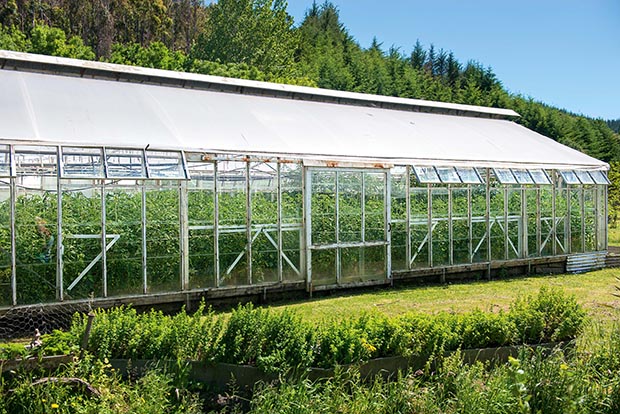 Romano’s capri is the perfect choice. Low in acidity with few seeds and a firm, meaty texture, it makes a rich and velvety sauce. It’s also good raw, capable of transforming a rustic panzanella or caprese salad with its bold colour and fresh tomato flavour.
The capri’s culinary attributes and local provenance make it a favourite with Nelson chefs.

Bettina supplies the Boatshed Café on the waterfront and Hopgood’s in the centre of town, and she says greengrocers in Nelson and Blenheim start phoning in mid-November to ask if her tomatoes are ripe and ready to go. 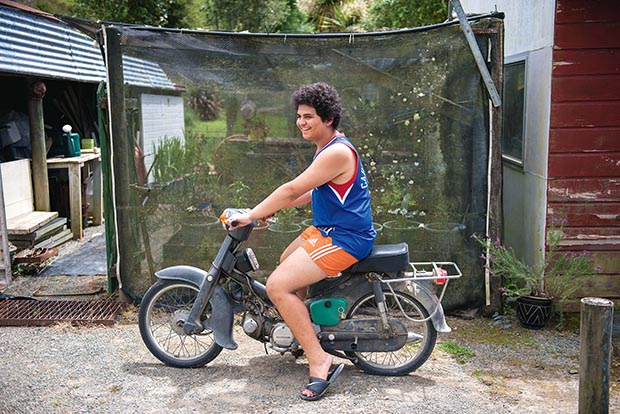 Currently part of the family business, Anthony’s future for the next few years is set. He’s just been accepted into Victoria University’s bachelor of tourism management course, which starts in the new year.

She says she’s driven by a passion to keep the variety going, and it’s evident she means what she says. Early this season she plans to sell seedlings of Nelson’s favourite tomato from her market stall, giving home gardeners the opportunity to continue a tradition that began long ago when an Italian fisherman shared a handful of seeds from his homeland.

LITTLE ITALY
The first Italians settled in Nelson before the turn of last century. Their numbers were bolstered after World War I and again after WWII, with migrants from southern Italy who wanted to escape post-war Europe for a better life elsewhere. 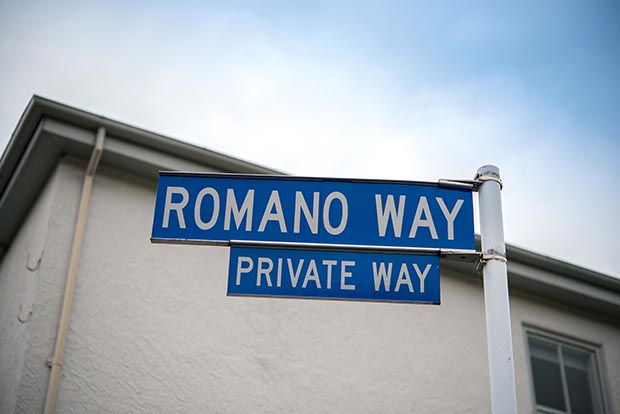 The Italian community started market gardening in The Wood in the early 1900s. They formed the Nelson Tomato Growers’Association in 1919, and by the 1940s The Wood was covered in glasshouses. Today it’s a residential suburb with Italian street names that celebrate the people who made it their home.

YOU SAY TOMATO, WE SAY POMODORO
Nelson’s capri tomato is classified as a “family heirloom cultivar” – a non-hybrid fruit that has been grown for several generations from seed passed down within families. 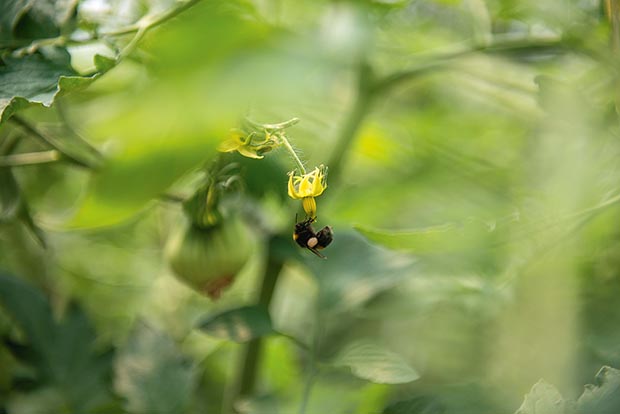 Heirlooms are often more flavoursome than modern hybrids that have been bred for colour at the expense of taste. And unlike those new hybrids, heirloom tomatoes breed true from seed, making them easy to share. The capri has three seed chambers instead of the usual four, and this gives it a firm texture that’s perfect for making a sauce.